Few motorsport films have been as enduringly popular as Steve McQueen’s epic 1971 cinematic effort Le Mans. The movie was partly filmed during the actual running of the 1970 24 Hours of Le Mans and funnily enough the production company’s camera car finished 9th overall and 2nd in class (though it wasn’t officially counted).

I won’t dig into the plot here as it’ll ruin it for those of you who haven’t seen it, I can tell you that the film includes genuinely remarkable footage of the race and the cars of the era, including the Porsche 917 and Ferrari 512.

The helmet you see here was worn by Fred Haltiner as the character Johann Ritter, the listing explains that it was also worn at times by Steve McQueen, Brian Redman, Jo Siffert, and Derek Bell.

After filming wrapped the helmet was autographed by 13 people including Dr Wolfgang Porsche, Jackie Ickx, Hans Herrmann, Herbert Linge, and a number of others.

This lot is said to also contain photo evidence Steve McQueen wearing the helmet and some shots of the film shoot. The starting bid is listed as €18,000 ($21,800 USD) and no bids have been cast at the time of writing, there are still over 8 days left to get your bid in however. 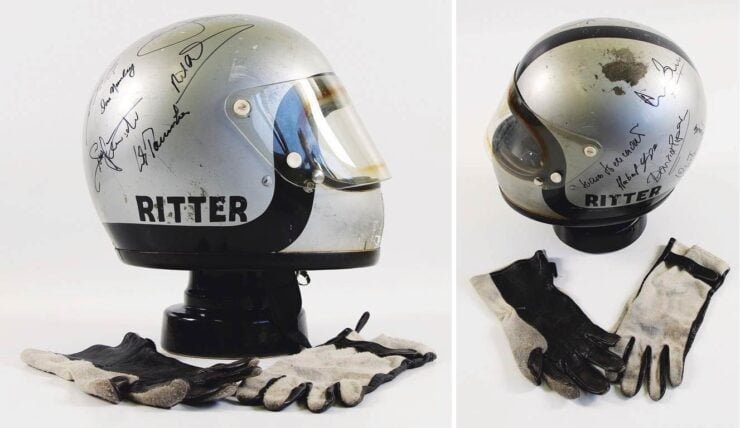