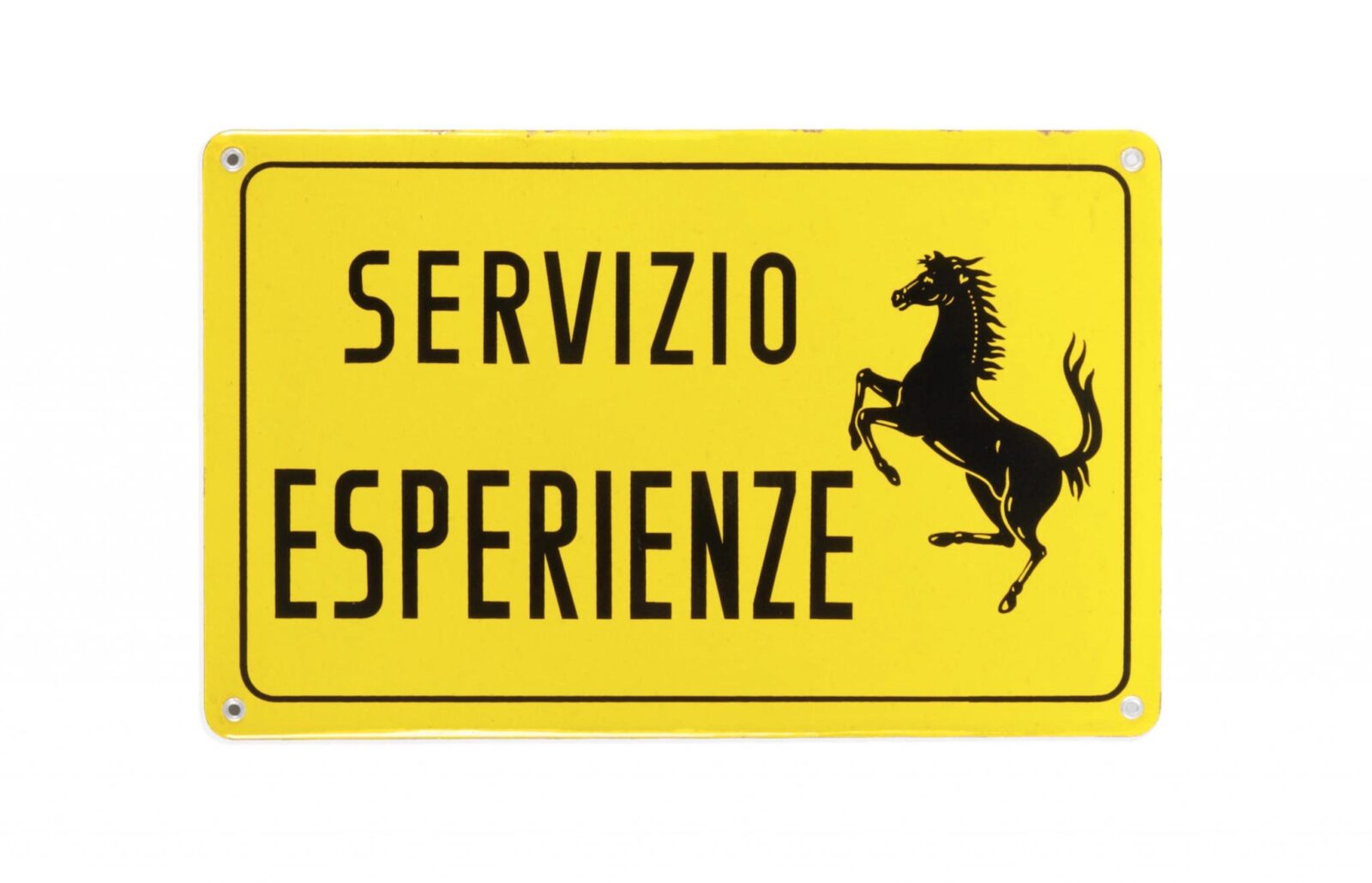 This is an original 1950s “Ferrari Servizio Esperienze” enamel sign, it would have been located outside a garage with experience or special training to work on the iconic cars from Modena. Ferrari only produced their first road car in 1947 so when this sign was produced in the 1950s it would have been an unusual sight.

The sign measures in at 25cm x 40cm (9.8 inches by 15.7 inches), it’s made of steel with an two-colour enamel front displaying the renowned prancing horse, and there’s a mounting hole in each corner fitted with rivet washer. 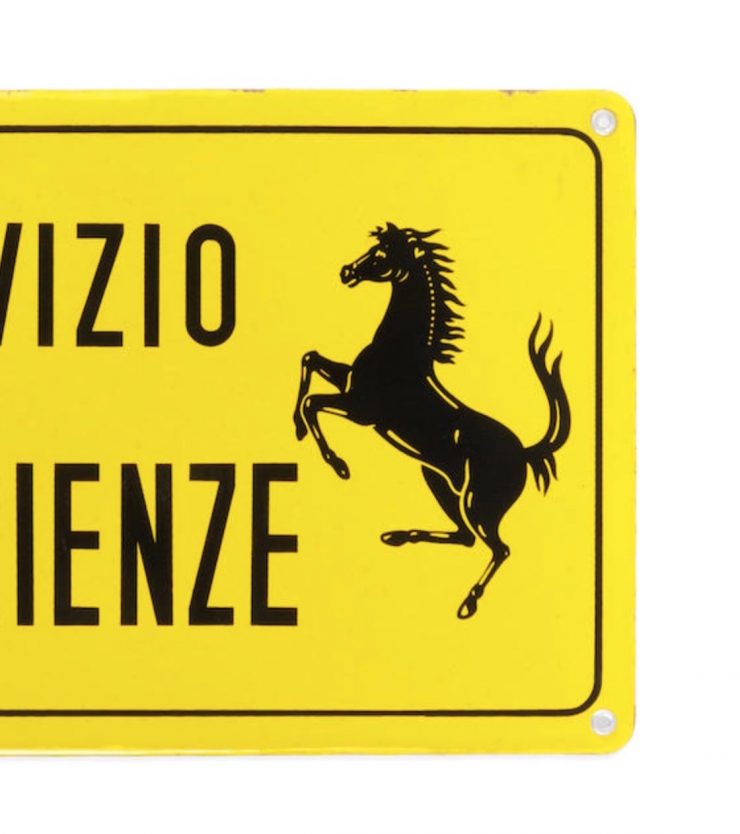