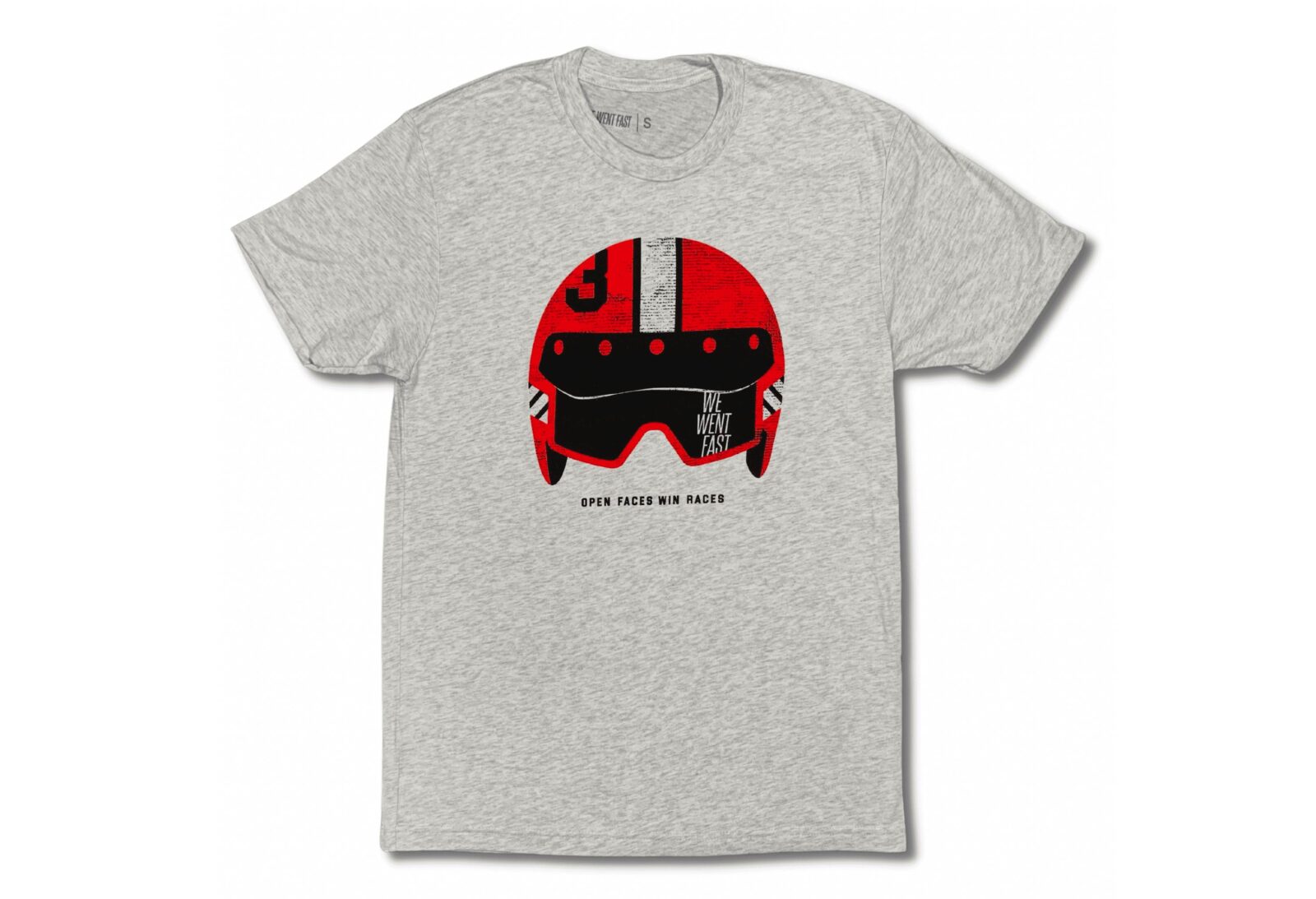 This is the new Open Faces Win Races t-shirt from the team at We Went Fast, a website dedicated to telling the stories of the golden age of scrambling, motocross, enduro, BMX, and other two-wheeled sports that take place off the asphalt.

We Went Fast was founded in 2013 by a self-described group of washed up District 14 motocross racers. They realized they wanted to create a publishing platform to share the photographs, videos, and stories of their time in the saddle – and they realized that many other people had stories to share too.

More recently the folks behind We Went Fast began releasing limited edition runs of t-shirts, which we’ve featured here on Silodrome a number of times. 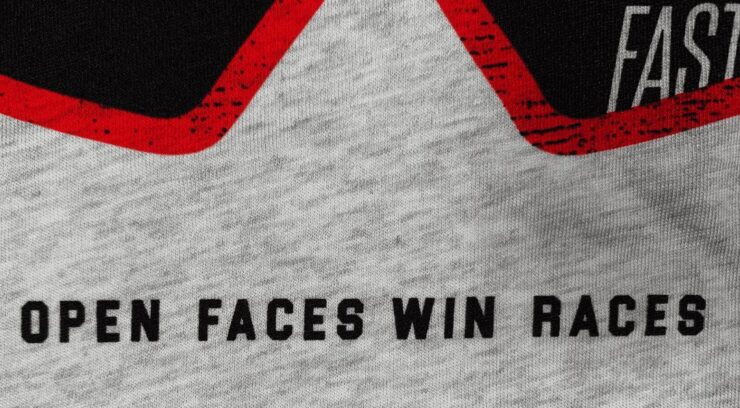 The new Open Faces Win Races tee is printed on premium tri-blend material that’s soft and comfortable against the skin, it has a crew neck and a regular fit. Sizing ranges from S up to 3XL and you can have any color you like so long as its Heather White.

All We Went Fast t-shirt sales help keep the website funded and online, which is a significant feat in the modern world of digital publishing, and they’re only produced in limited numbers so you’re unlikely to ever meet someone else wearing the same thing. 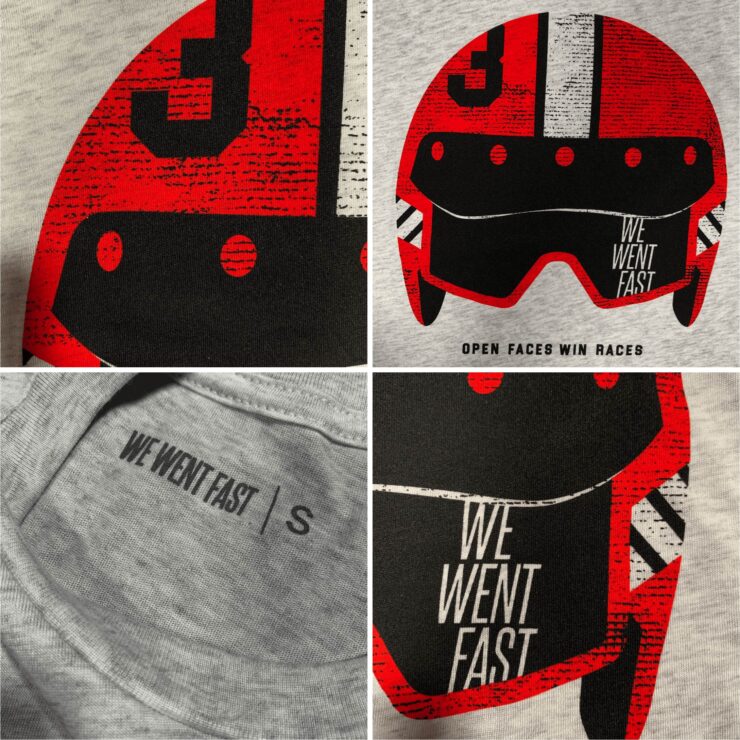