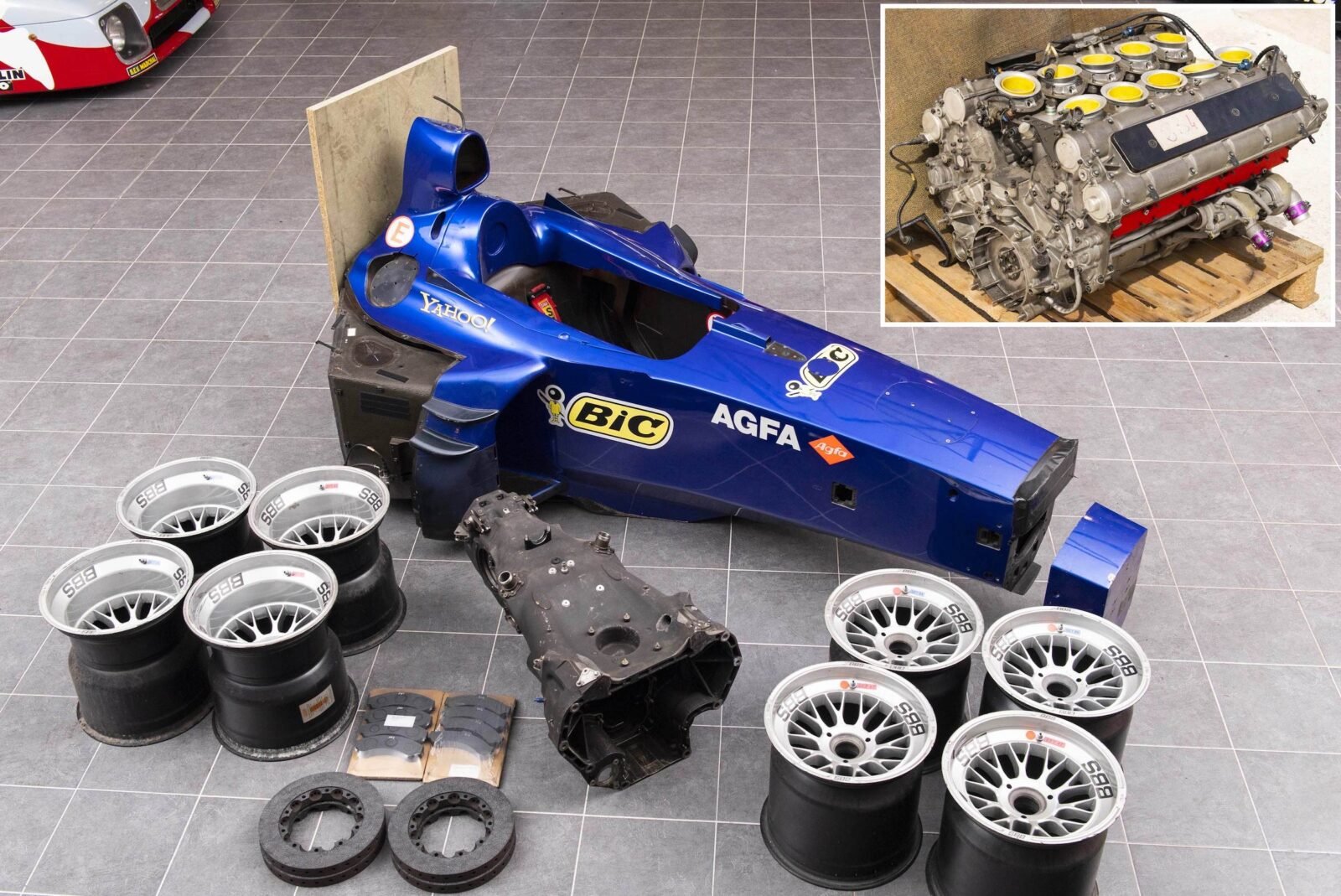 This collection of parts from the Prost Grand Prix Team includes an original Peugeot A18 3.0 V10 engine and matching gearbox, a Prost Formula 1 AP02 chassis/tub, and a variety of other parts including BBS F1 wheels, brake rotors and calipers, and a large numbers of gears, camshafts, radiators, etc.

Prost Grand Prix was a Formula 1 team that consistently showed promise over the course of their 1997 to 2001 operations. The team was headed by (and named after) four-time Formula One Drivers’ Champion Alain Prost, they scored three podiums and they scored points every year with the exception of the 2000 season.

The collection of parts you see here are from chassis #004 from Prost Grand Prix’s 1999 season. The team’s drivers were Olivier Panis and Jarno Trulli, with the best result being a 2nd place podium finish for Trulli at the 1999 European Grand Prix. 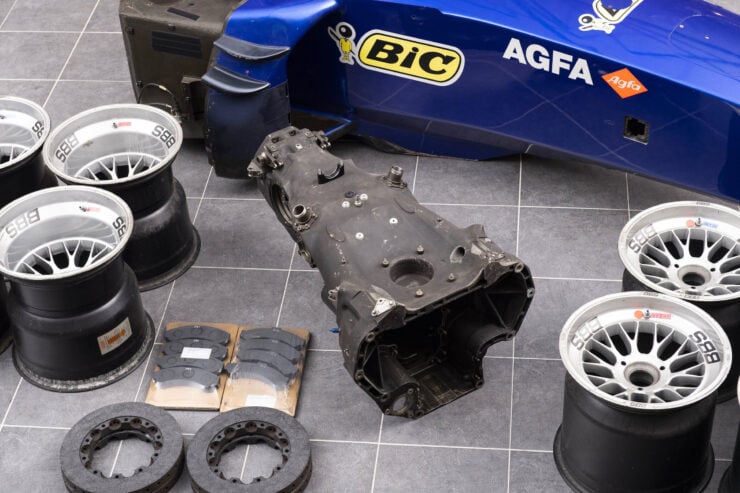 This collection includes many of the parts needed to rebuild Prost AP02 chassis #004, though a number of other key parts will still need to be sourced.

Thanks in no small part to Formula 1 engineering legend John Barnard being brought on board as a consultant, the team enjoyed a notable improvement over their previous year’s performance. The reliability of the car’s drivetrain would remain a problem however, with each driver retiring at least half a dozen times over the 16 race season.

The car was powered by the Peugeot A18, a 3.0 liter V10 with a 72º bank angle that was capable of 785 bhp at 15,700 rpm. Power was sent to the rear wheels via a Prost 6-speed longitudinal sequential semi-automatic transmission, and as was standard at the time the car has a carbon fibre composite structure.

The team would finish 7th overall with 9 points, their best result since 1997. In 2001 the team was sold to Phoenix Finance, the plan was to combine the Prost and Arrows F1 teams into a single outfit, however this plan fell apart as the FIA would view the team as a new entry, resulting in a stiff entry fee being due before they could race.

Over the course of the team’s relatively short history they had a number of significant F1 drivers including Olivier Panis, Jarno Trulli, Jean Alesi, Nick Heidfeld, Heinz-Harald Frentzen, and future F1 World Champion Jenson Button would have his first official test session in a Prost AP02 in late 1999.

This collection of parts includes several major components of a Prost AP02 car, it’ll make an excellent source of parts for an existing Prost AP02 owner, alternatively it’ll make a fascinating project for anyone who wants to put in the time hunting for the additional parts needed to rebuild it into a track-ready F1 car.

If you’d like to read more or register to bid you can click here to visit the listing on RM Sotheby’s, it’s due to cross the auction block on the 19th of November in France. 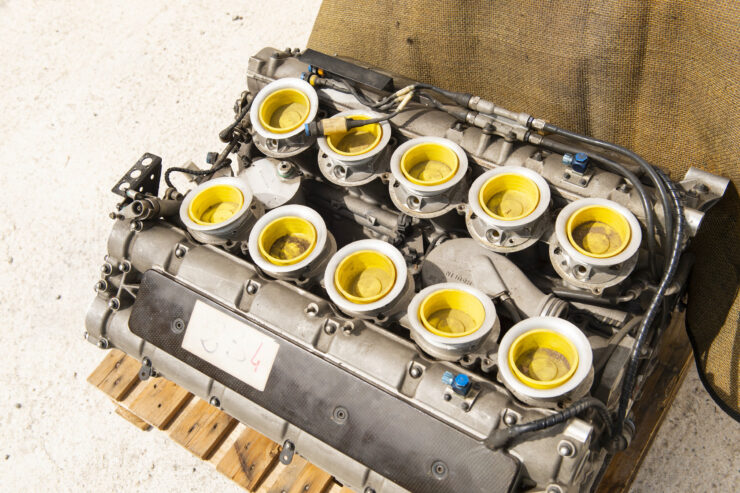 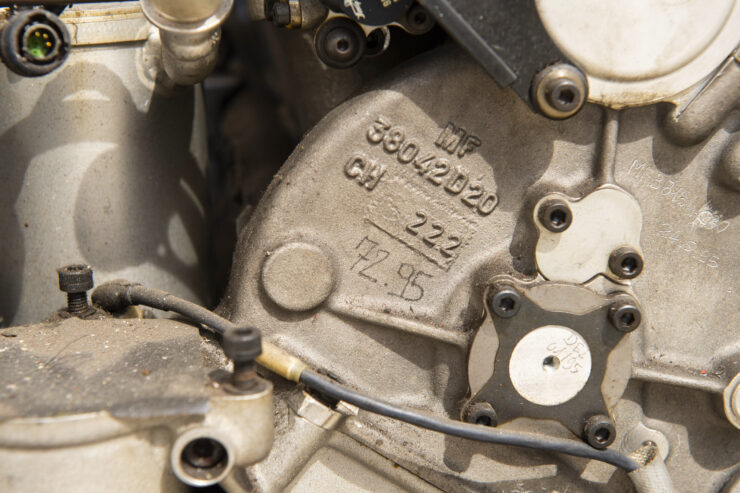 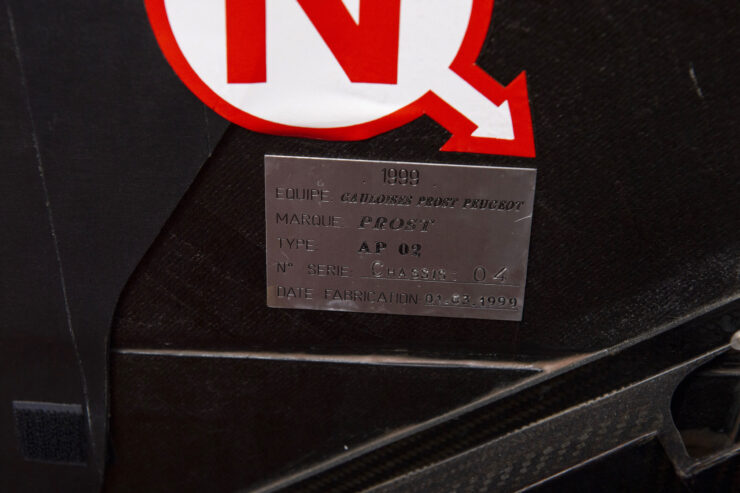 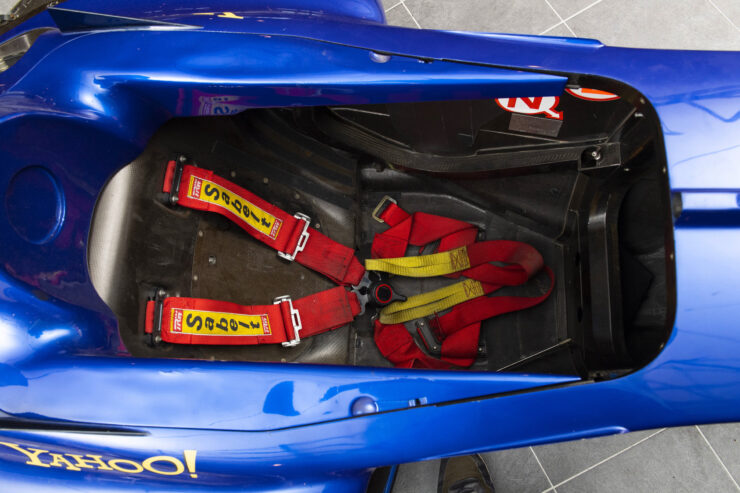 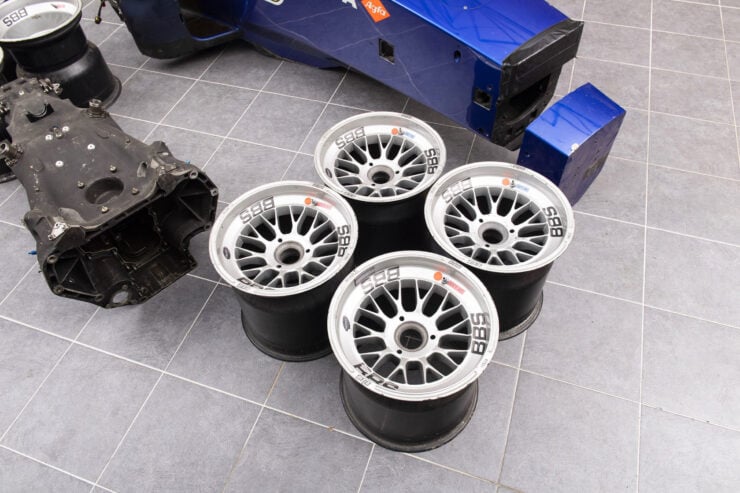 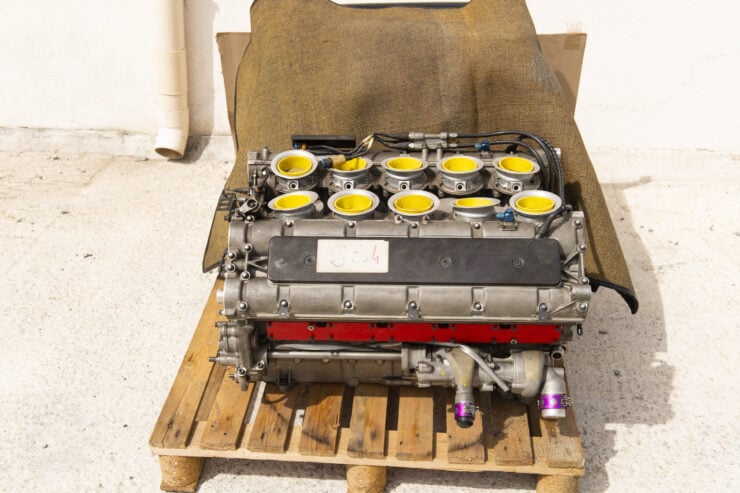 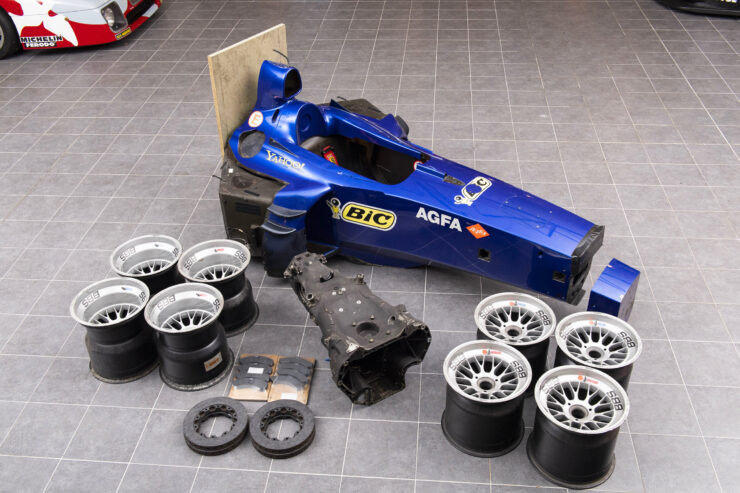 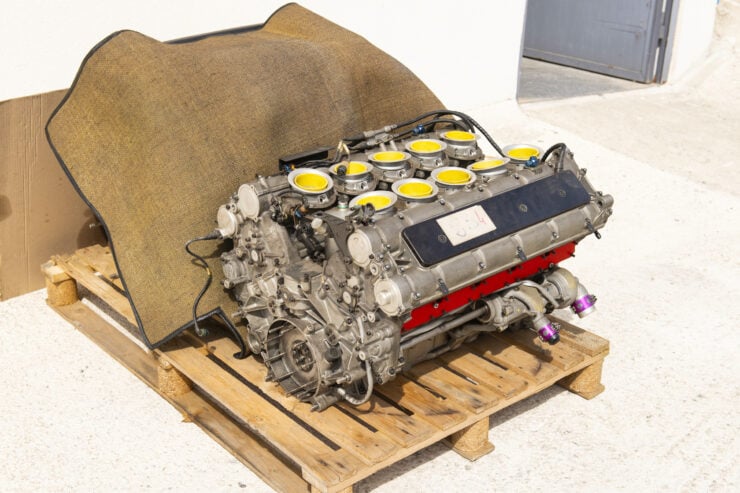