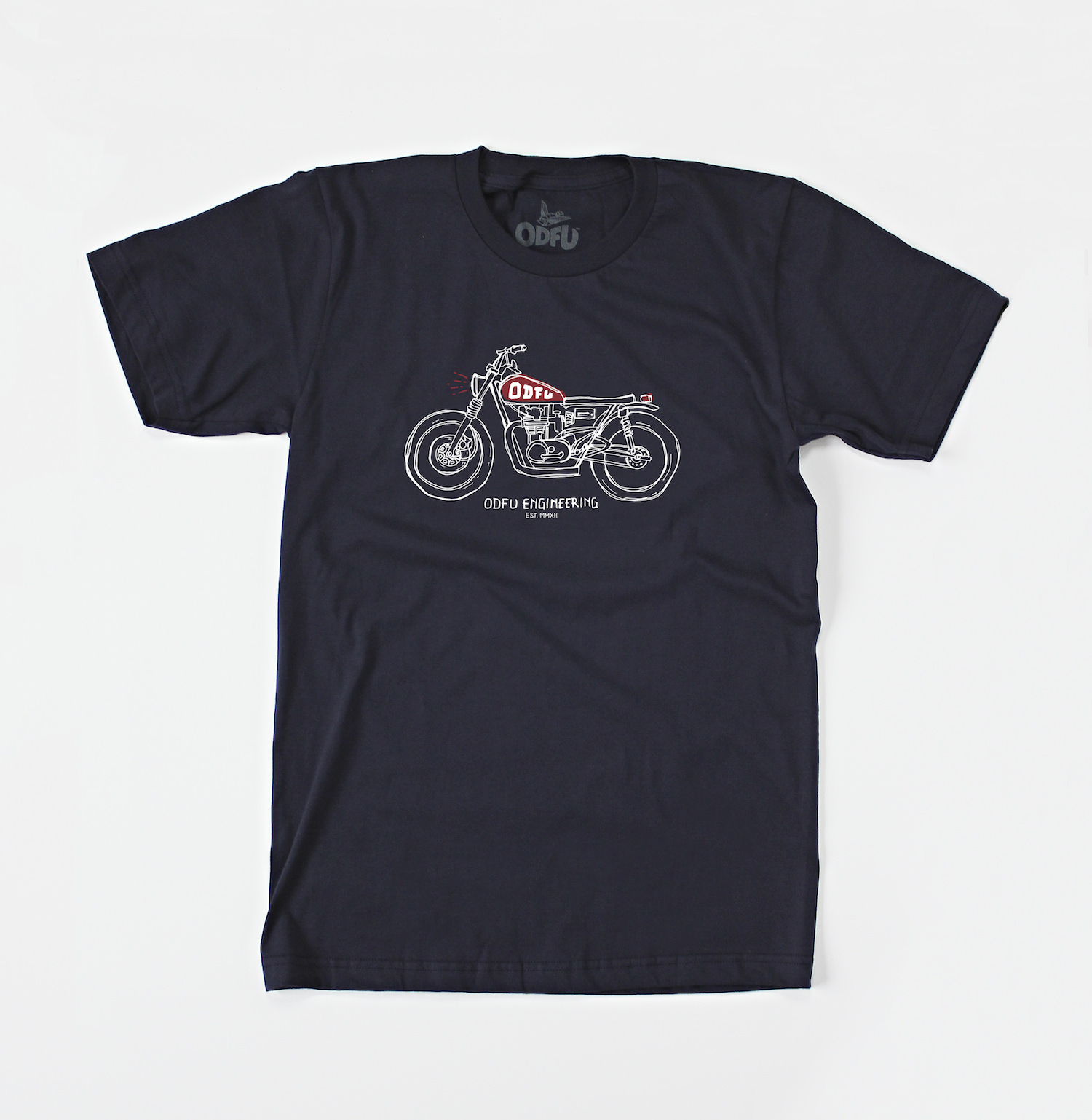 The ODFU Engineering Tee is a new design from the boutique motorcycle style-house, each one is 100% fine Jersey cotton and is screen printed by hand in England. “ODFU” stands for “one down five up” and is a reference to the standard motorcycle gearbox arrangement, a fact that’ll be missed by many but appreciated by a few. 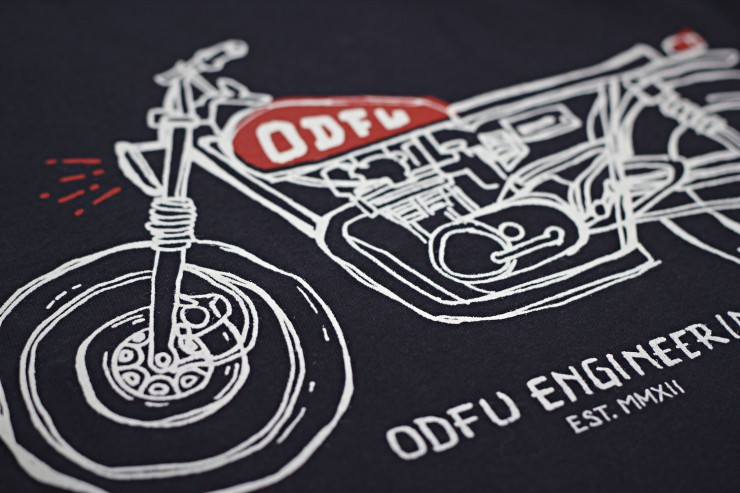