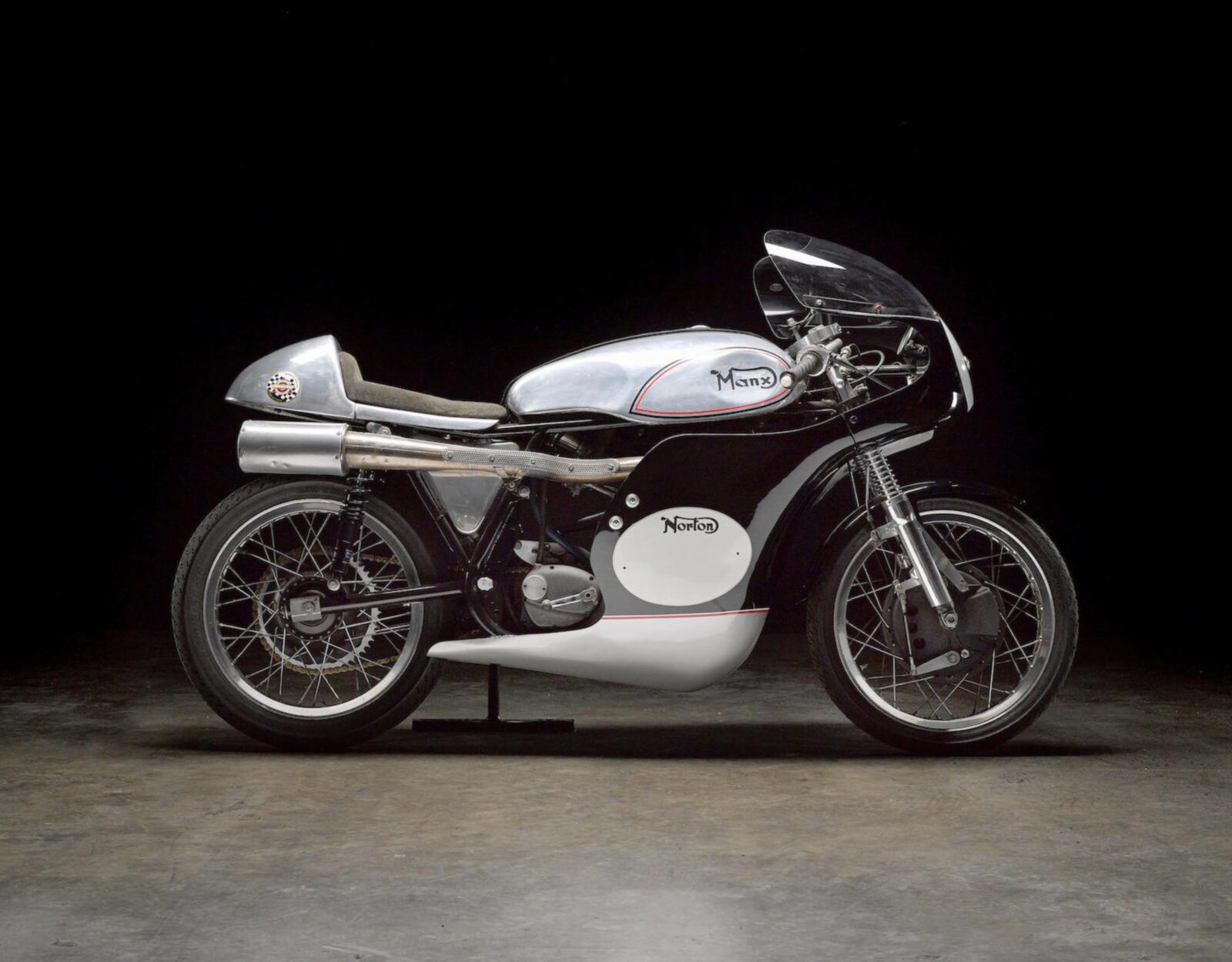 The Norton Manx is a British single cylinder race bike that had an extraordinarily long competitive life. It’s perhaps the most famous of the dominant British singles from the mid-20th century, and amazingly they’re still being built new by licensed suppliers around the world.

The Manx was based on the road-going Norton International – a road bike that was built from 1931 to 1958 in various guises (with a production gap in the middle for WWII). The Manx was named for the Manx breed of cat that originated on the Isle of Man, known for its stubby tail, good hunting abilities, and strong, elongated hind legs.

Norton built the Manx in two major variations between 1946 and 1962, and from 1950 the model featured the Norton Featherbed frame – giving it a significant advantage over its rivals. The engine was available in capacities to suit different racing classes – either 350cc or 500cc (actually 348cc and 499cc).

From an engineering perspective the engine was actually quite advanced for the era, it’s a four stroke with bevel gear operated double overhead cams (initially with a SOHC), two valves per cylinder, a single Amal carburetor, and 54 bhp in stock trim.

Today the Manx is remembered as one of the most successful racing motorcycles of all time. From 1931 to 1954 the Norton Manx won all but two of the Senior TT races, and the riders in 2nd and 3rd position on the podium were often fellow Manx riders.

Despite Norton ceasing production of the Manx in 1962, the model has adamantly refused to die. It’s possible today to buy a brand new Norton Manx, made entirely from newly manufactured parts. As a result, the model is a cornerstone of many vintage racing series in their 350cc and 500cc divisions. 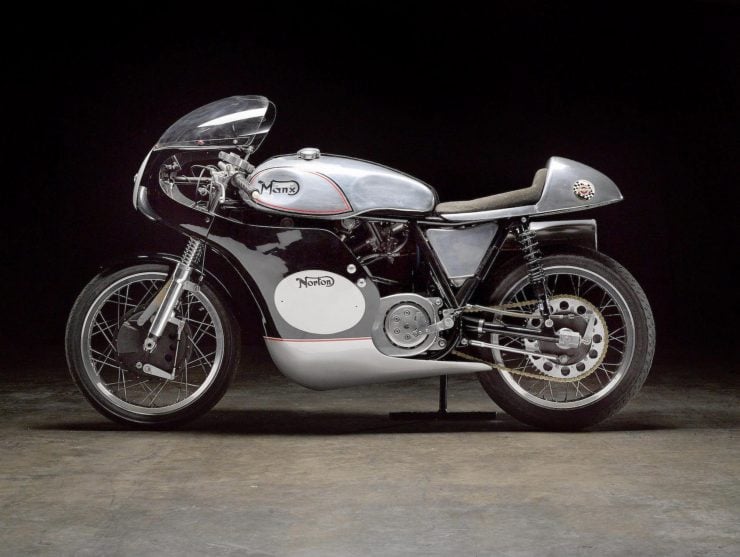 Formula 3 and the Triton

Interestingly, Formula 3 regulations from 1950 onwards allowed for engines up to 500cc, and many Norton Manx engines ended up fitted to the back of Cooper F3 cars.

A significant number of brand new Manx motorcycles were bought and stripped for their engines, and may of these rolling chassis ended up being fitted with Triumph parallel twins – creating the Triton.

Ray Petty and the Petty Manx

Ray Petty has perhaps done more than any other person to keep the Manx not only alive, but competitive. Petty designed and built a new frame for the Manx that replaced and improved upon the Featherbed, he also rebuilt engines for more power and better reliability.

Petty-Manx race bikes have won a long list of British Championships, they’ve clocked multiple 100 mph laps at the Isle of Man TT, and they featured prominently in the world championships in the 1960s. Thanks to his work lightening the Manx and extracting more power from its engine, his unique bikes weighed in at approximately 300 lbs dry, and often produced a dyno-tested 60 bhp. 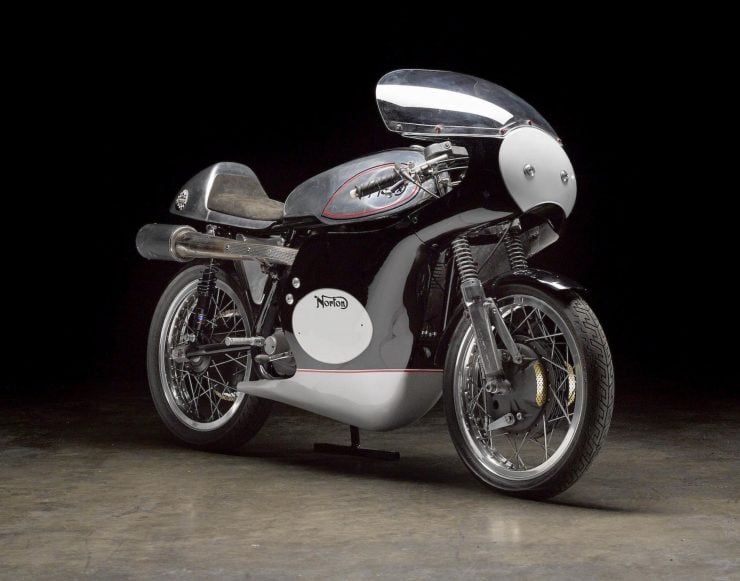 Andy Molnar is the man who carried forward the mantle from men like Ray Petty into the modern age, now making it possible to buy new Manx engines capable of a reliable 60 bhp.

He started producing parts by hand in the early 1990s when he was still an engineering student, and today the company occupies a modern 3,500 square foot factory, using CNC machines and other modern innovations to produce the many parts needed to keep the Manx alive.

The Norton you see here is a rare beast, and a testament to the model’s longevity. It uses an original Ray Petty frame (PR93006), and an original Molnar short-stroke engine with a displacement of 519cc (the maximum AHRMA overbore).

The fuel tank is an alloy Manx short-circuit style, there’s a hand-formed alloy seat and tail section, and an aerodynamic fairing. The engineering that went into the engine is a significant step forward from the Norton originals, this bike has a lightweight crankshaft assembly with needle-roller big end, a Carrillo conrod, and a JE forged piston. The valves are titanium with R/D springs and the engine uses a a 1 ½ in. Amal GP carburetor and an electronic PVL magneto built by Brian Richards.

This engine produces 60 bhp at the crank (tested), and is has an upgraded clutch and six-speed TT Industries magnesium-casing gearbox to handle the extra power. Magnesium brakes have been added front and back with a huge Fontana 210 mm up front and Norton conical at back. Handling is further improved with Computrak-tuned Roadholder forks and ultra-light Works Performance shock absorbers.

This is one of the most competitive turn-key Manx racers you’re likely to find anywhere, and if you’d like to join a local vintage racing championship you’ll need to set aside approximately $30,000 USD and make your way to the Bonhams Las Vegas Motorcyle Auction due to be held on the 25th of January.

If you’d like to read more about the bike or register to bid you can click here. 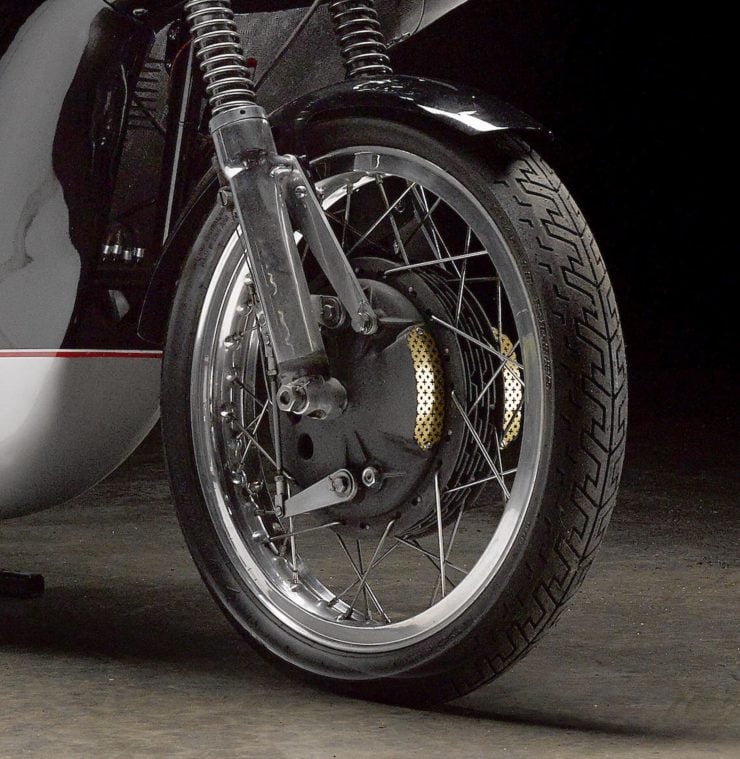 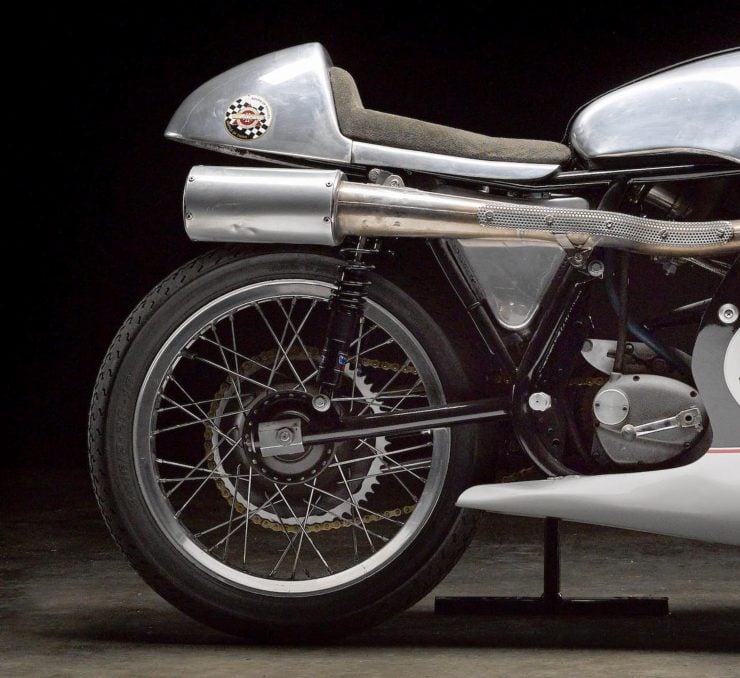 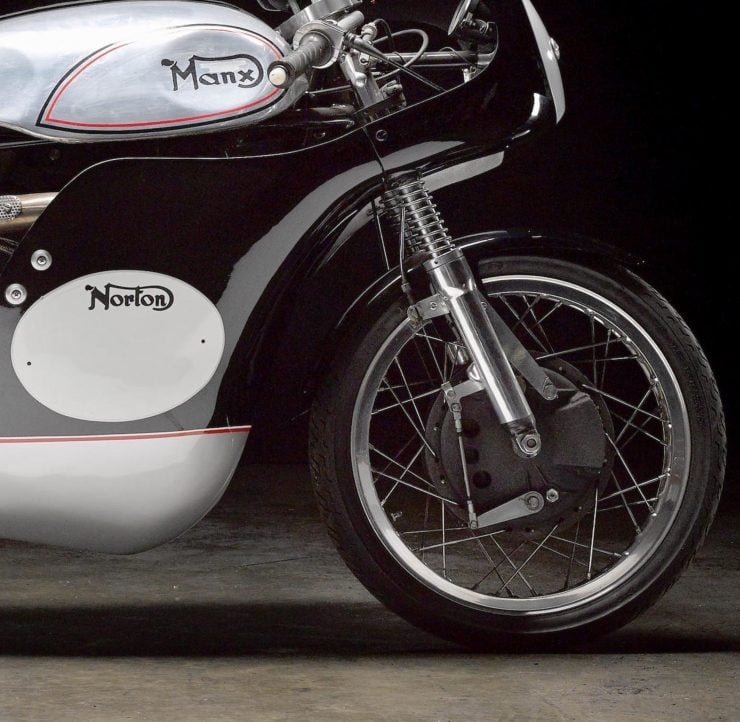 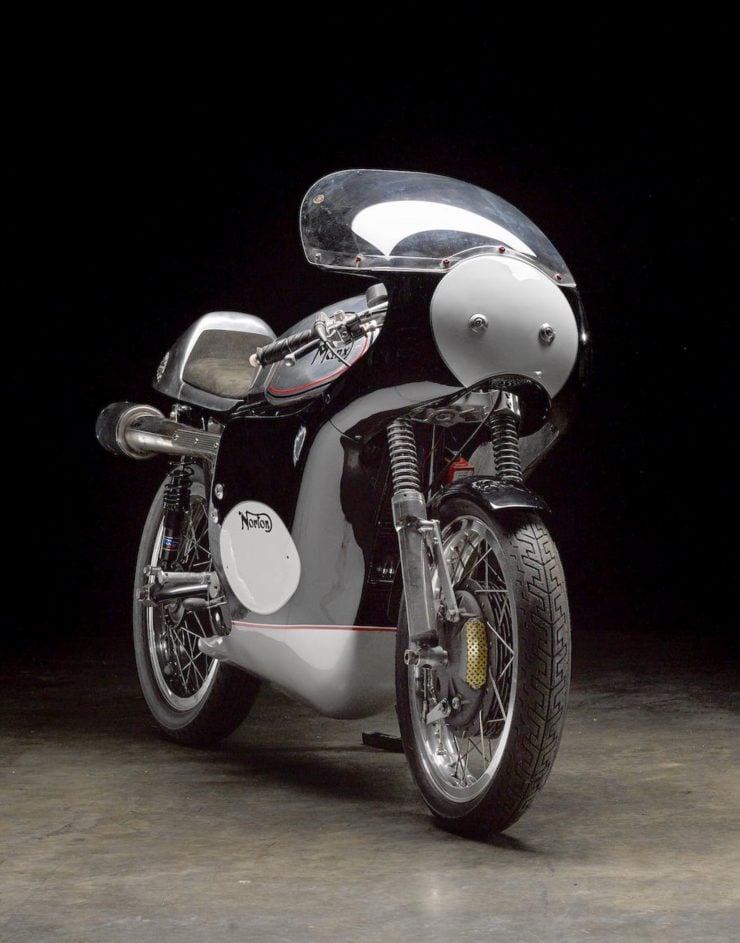 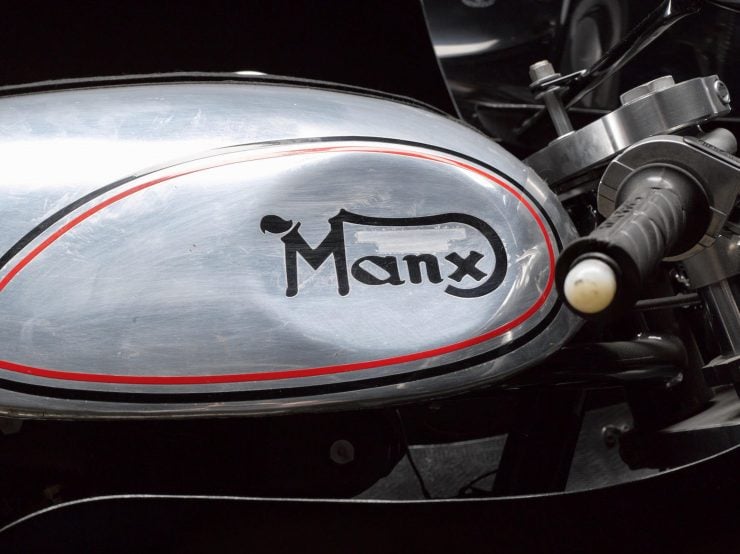 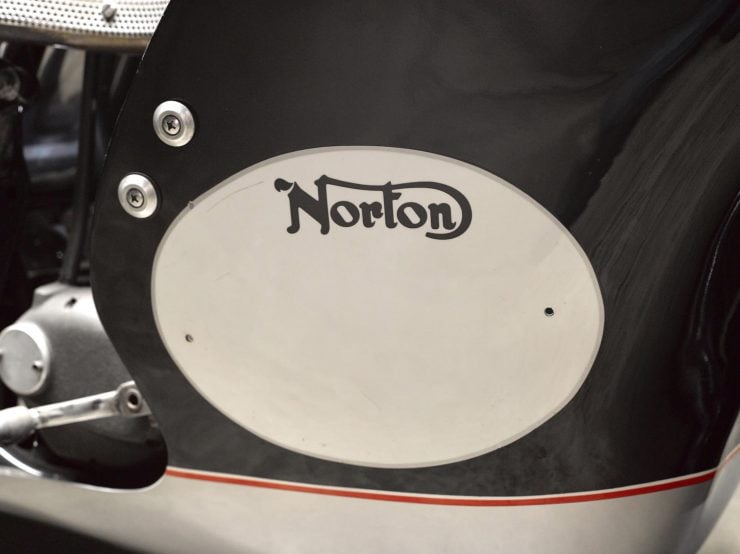 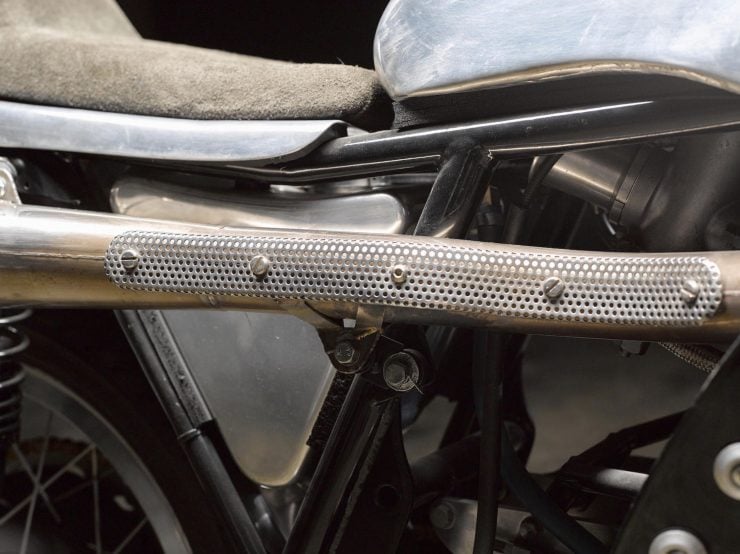 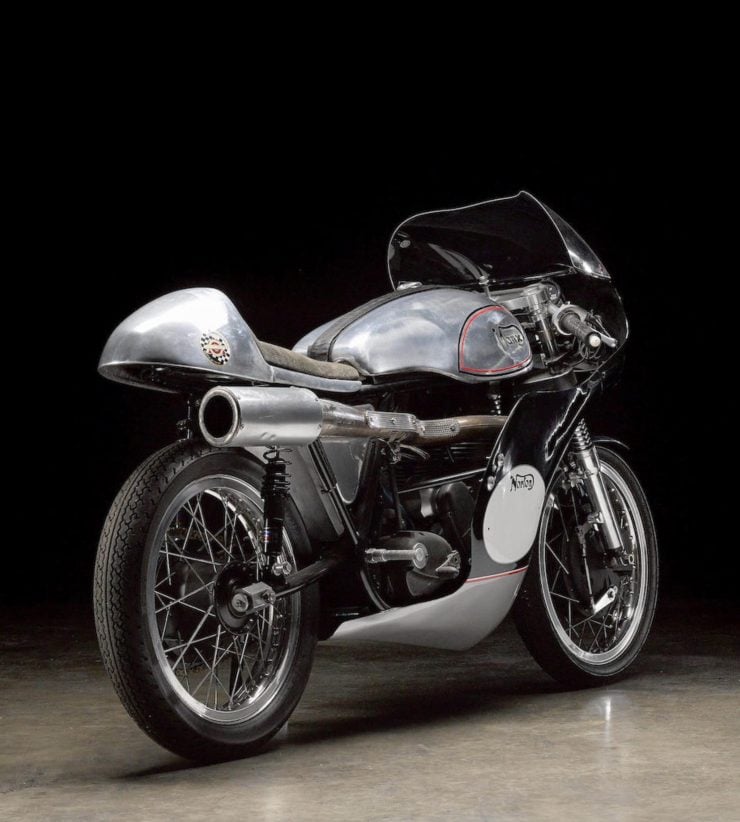 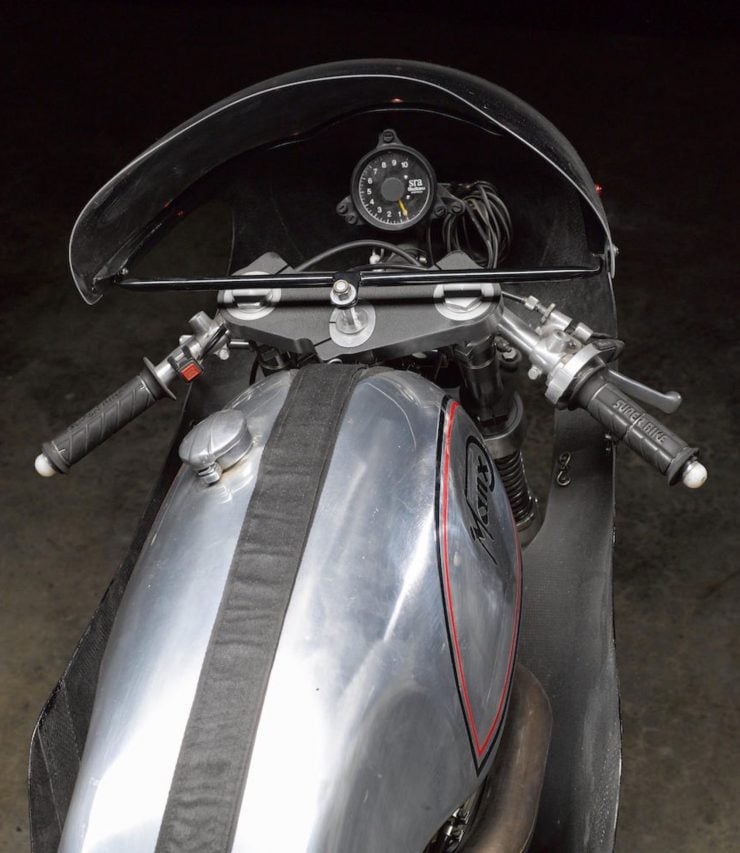 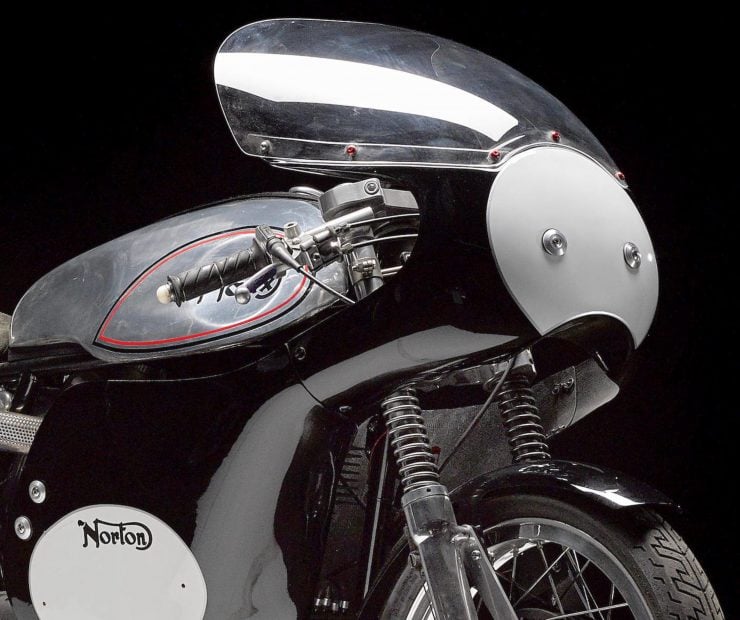 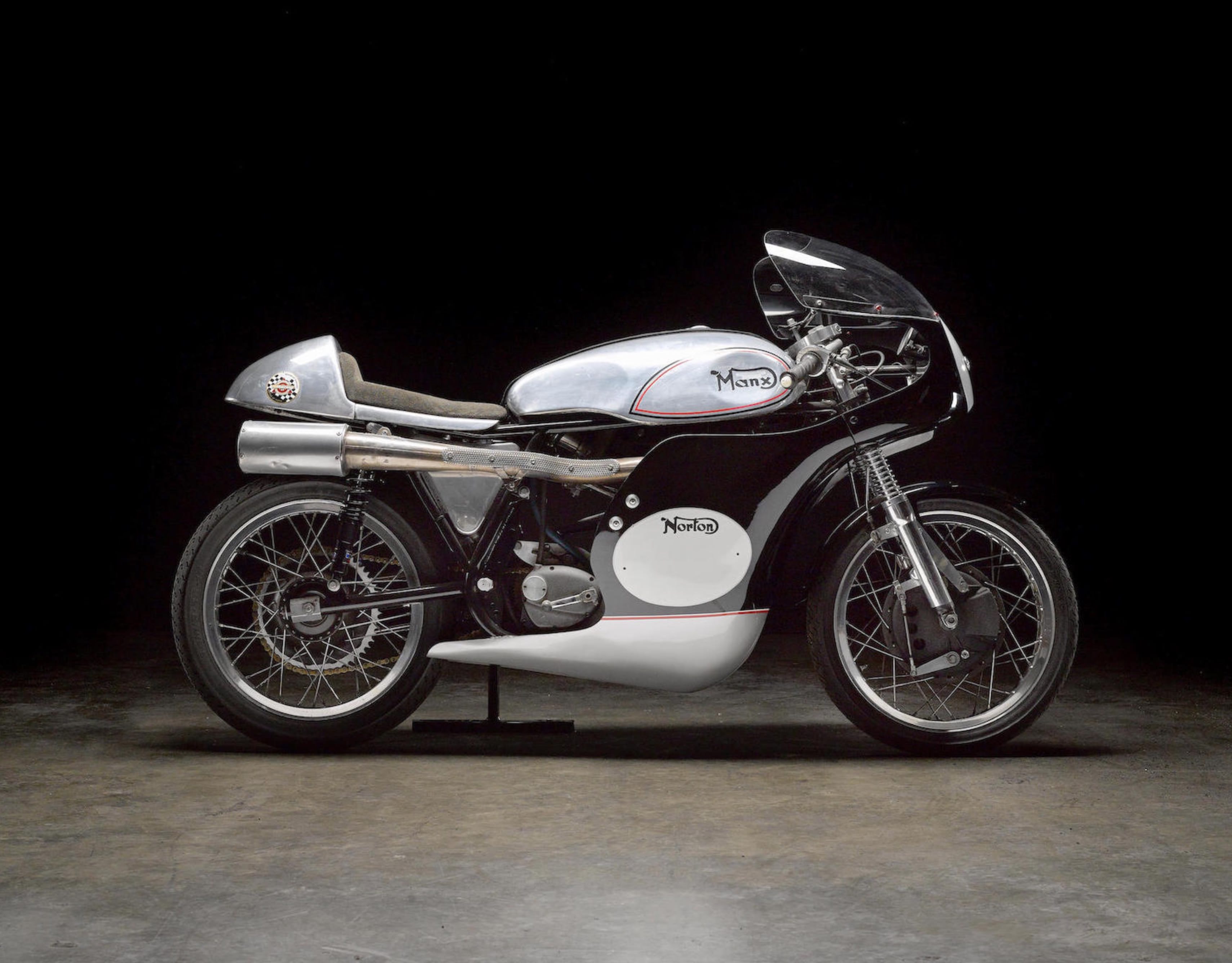