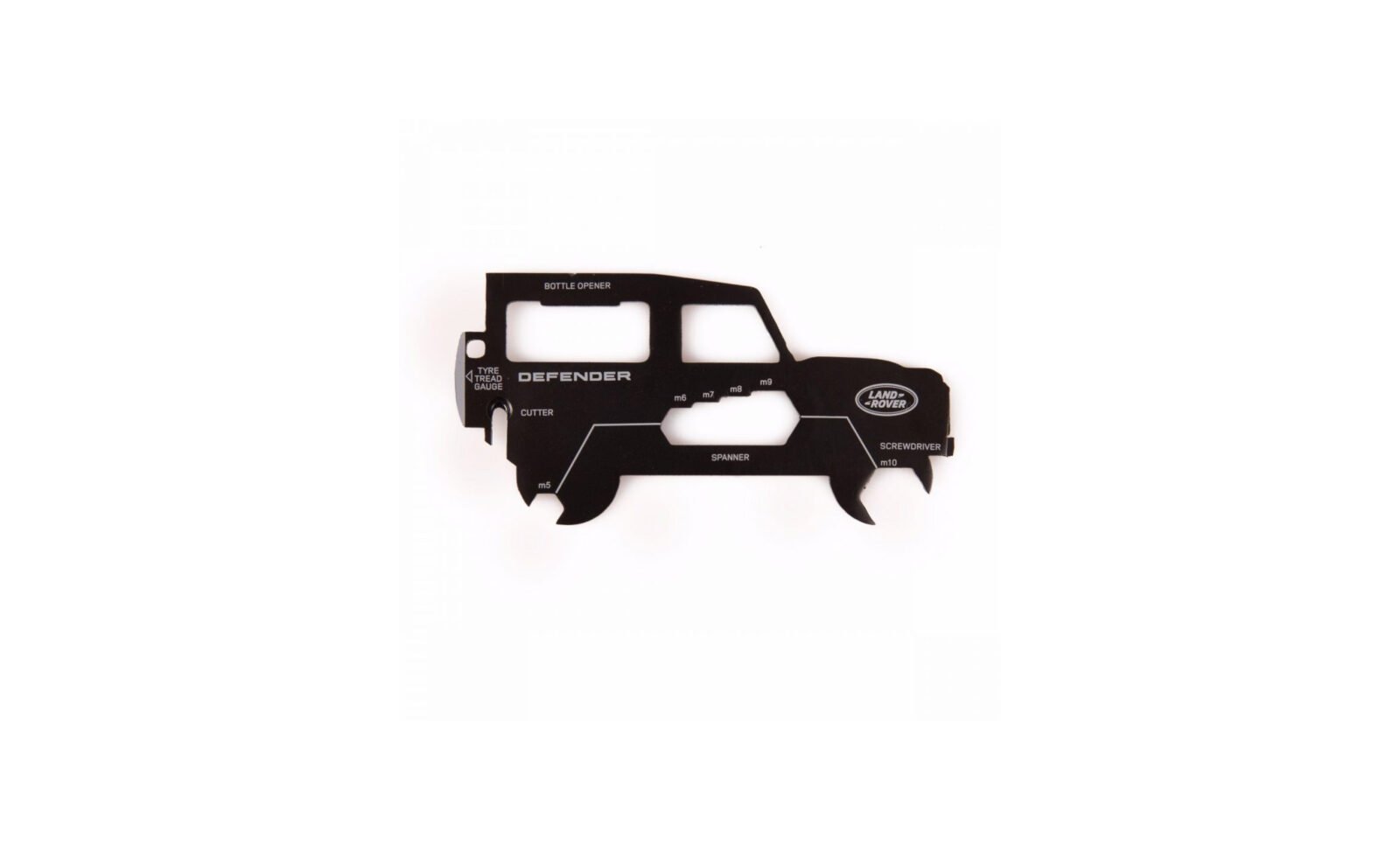 The Land Rover Defender Multi Tool is a credit card sized, stainless steel tool designed to go in your wallet or glovebox until needed. It incorporates 11 tools in total, the most commonly used of which will almost certainly be the bottle opener.

When you’re not opening a beer after a long day of green laning you may finds use for the other 10 tools including – a tire tread gauge, a wire cutter, and metric spanners in 5mm, 6mm, 7mm, 8mm, 9mm, and 10mm sizes.

Each multi tool ships out with its own Land Rover branded carry pouch, though I doubt many people use them. When it’s not in your wallet or glovebox it’d probably look pretty good sitting on the desk – it is the profile of one of the most famous 4x4s in history after all. 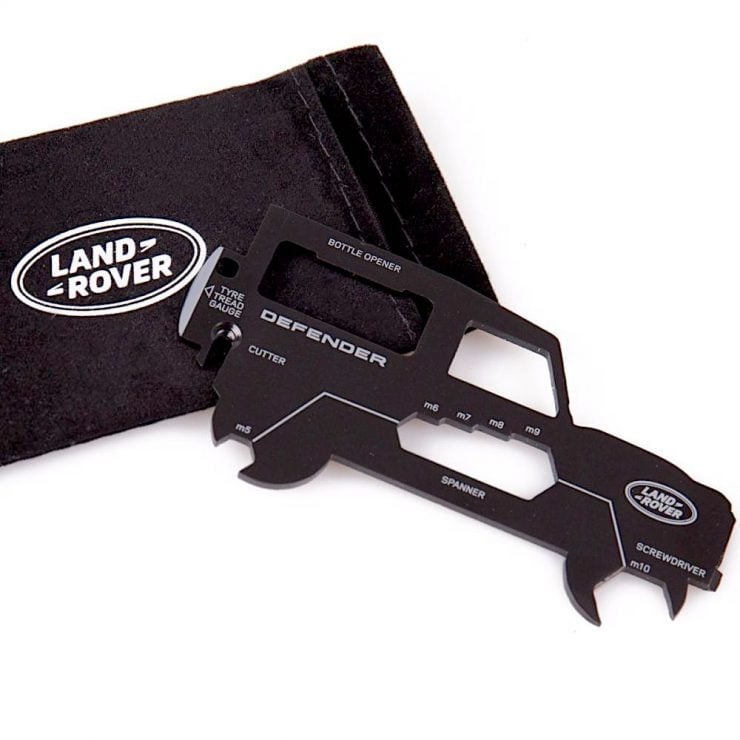