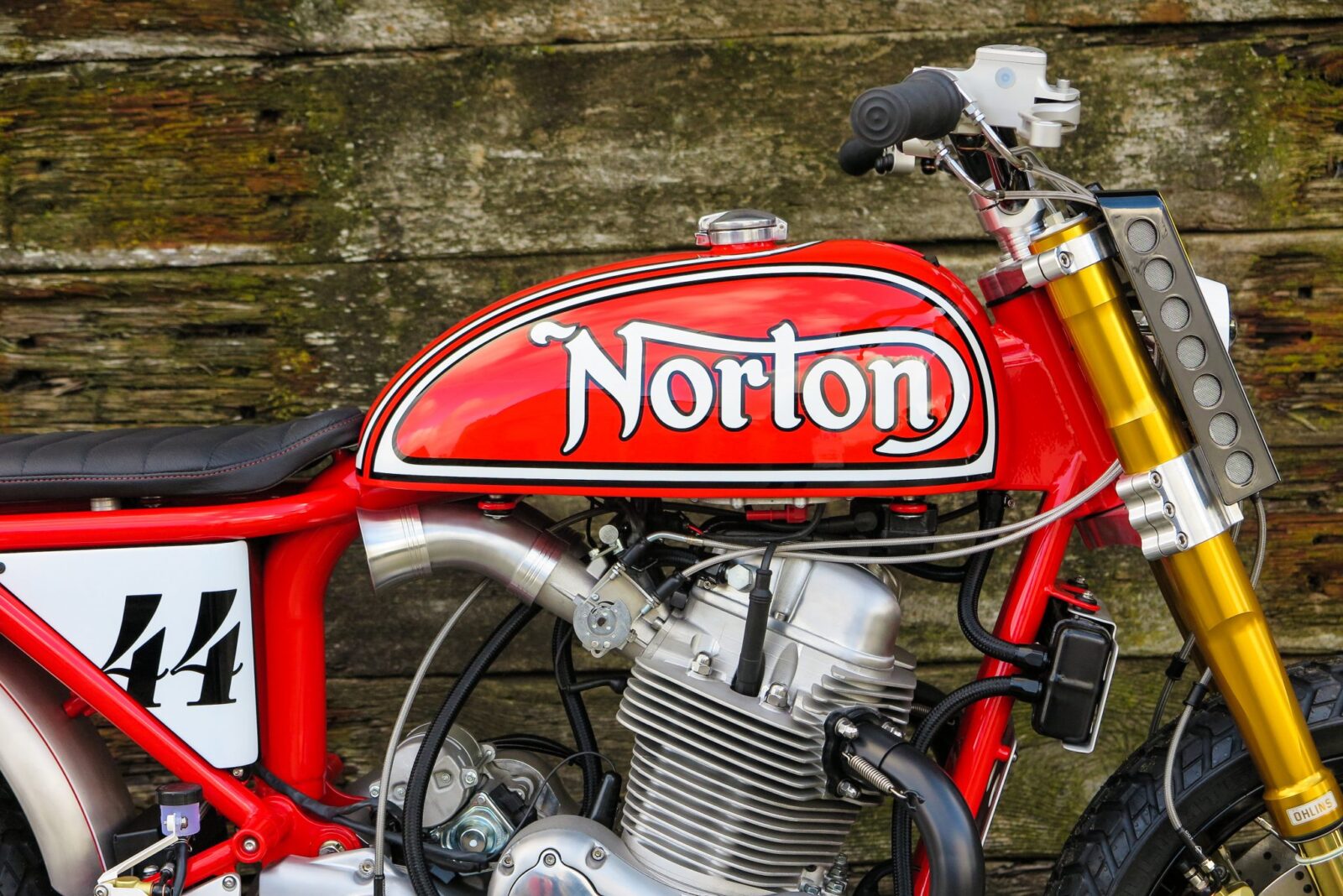 The Norton MM is a limited edition production motorcycle developed by 72 Motorcycles out of the UK, with the full blessing of Norton Motorcycles. Some of you will have immediately pegged that its design ethos is based on the iconic Ron Wood “Big Tube” Norton flat track racer from the 1970s, which has the distinction of being the last Norton to ever win points in AMA competition – as well as winning the famed Ascot half-mile three years in a row.

The idea of turning one of the new Nortons into a flat tracker in the footsteps of the “Big Tube” Norton was hatched by partners Jamie Ireson and Merry Michau. Jamie is the head honcho at 72 Motorcycles and Merry is a world renowned motoring photographer, and as it happens they’re good friends with Norton CEO, Stuart Garner.

As the boss of the revived Norton Motorcycle Company, Stuart loved the idea of a Norton tracker based on the Ron Wood racer, so he cut 72 Motorcycles a discount on a brand new bike – and the project began in earnest.

Jamie is a design engineer with years of experience working on everything from power stations to Formula 1 components, so the first step in the build of the new Norton MM was a comprehensive CAD design for all new components.

The most significant new part was the frame, it’s an entirely bespoke unit developed to hold the oil in the spine, and utilise the engine as a stressed member. The thick spine is immediately reminiscent of the large steel tubing used on the Ron Wood race bike, and the bespoke fuel tank is welded together from 4 shaped metal sheets, then painted with the classic over-sized Norton logo like the original.

The parallel-twin used in the new Norton Commando is an entirely new design with strong influence from the final 850 Commando twin from the 1970s. It has a capacity of 961cc, a compression ratio of 10.1:1, two push-rod actuated valves per cylinder and a total power output of 80hp and 65 ft-lbs of torque.

There will be just 12 Norton MMs built by 72 Motorcycles, and most of them have been ordered already with production in full swing. If you’d like to place an order you can contact Merry here, or visit 72 Motorcycles here. 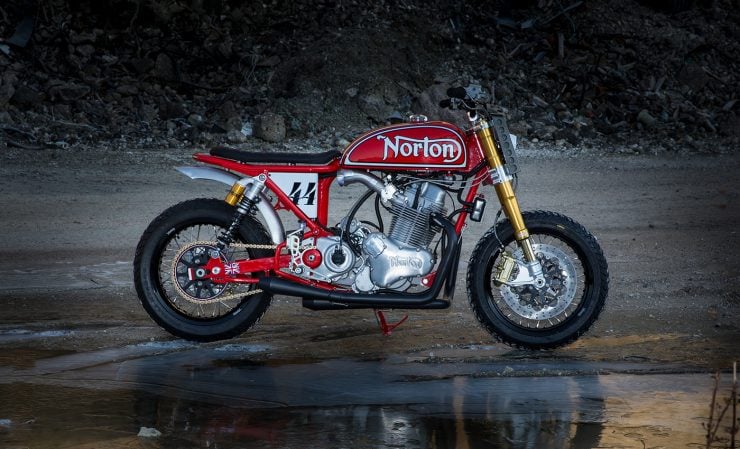 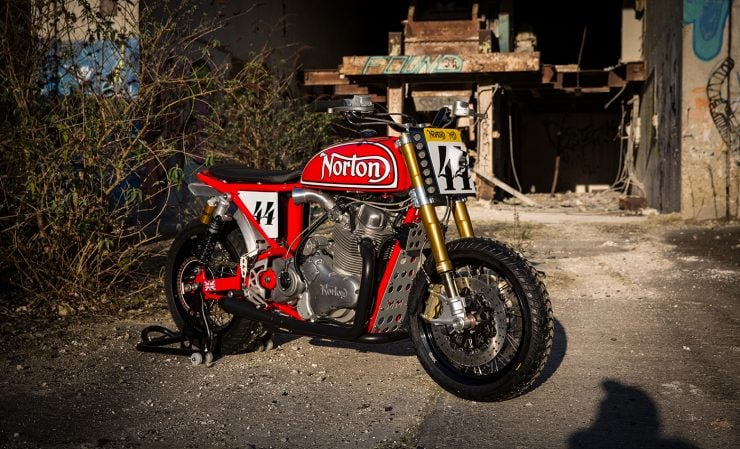 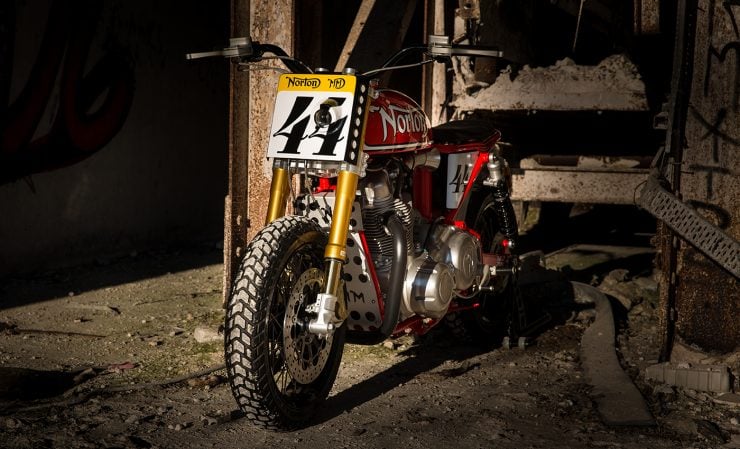 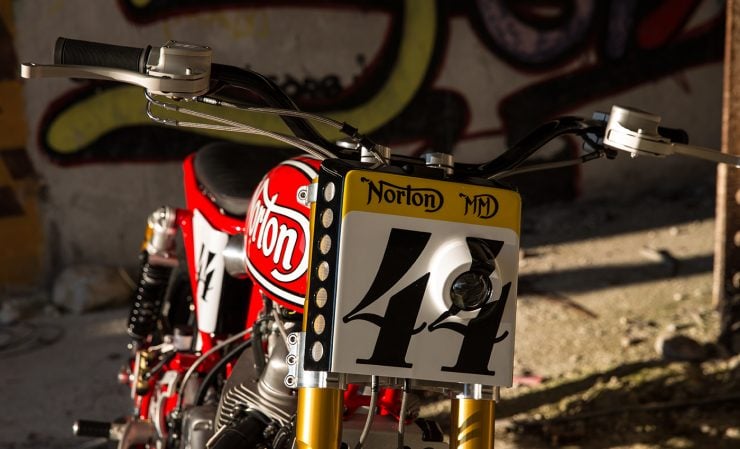 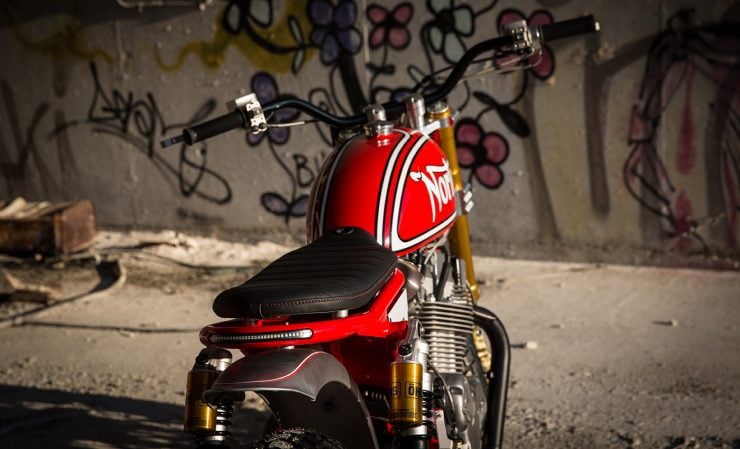 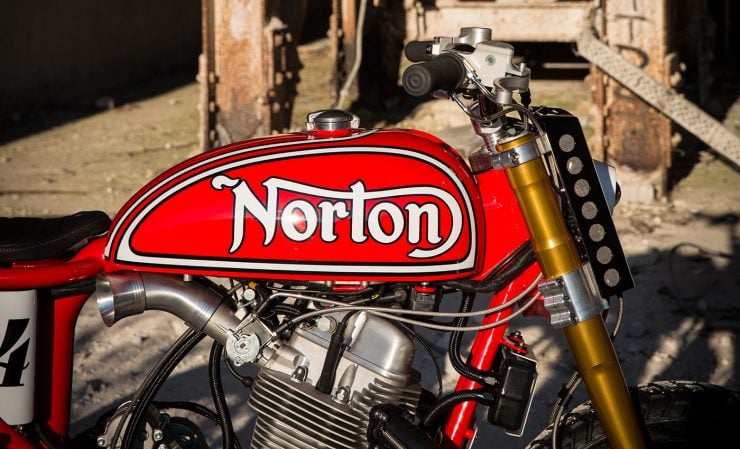 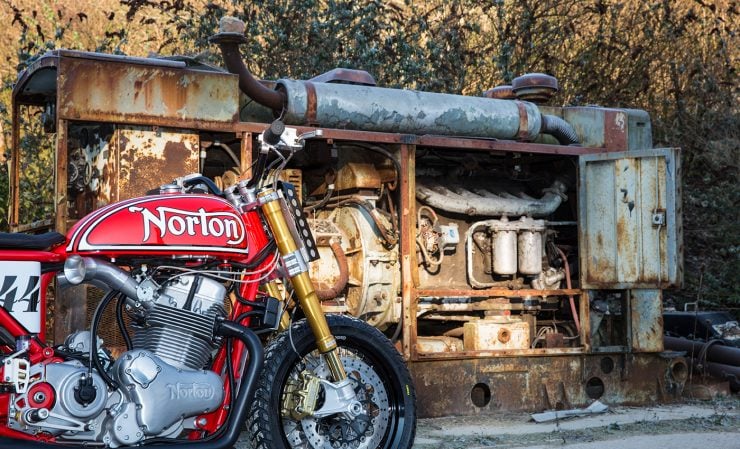 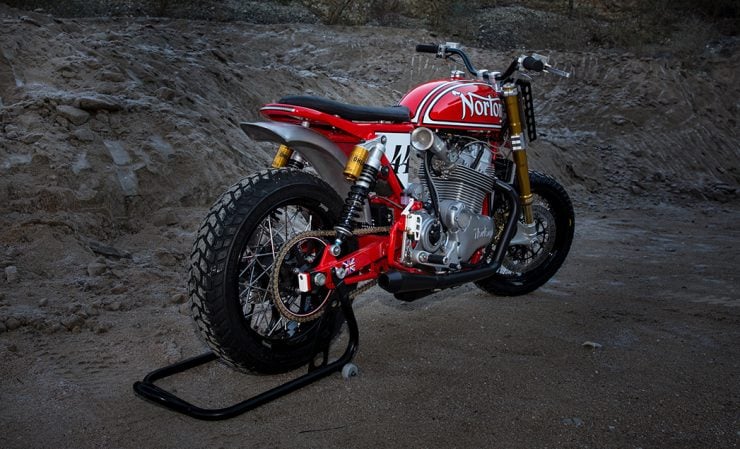 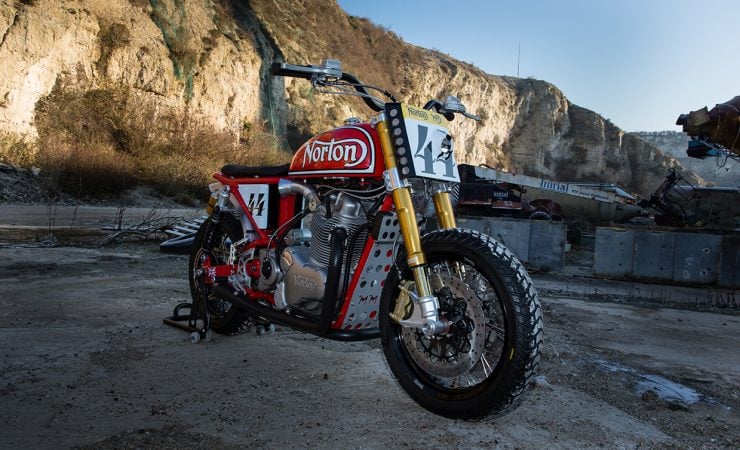 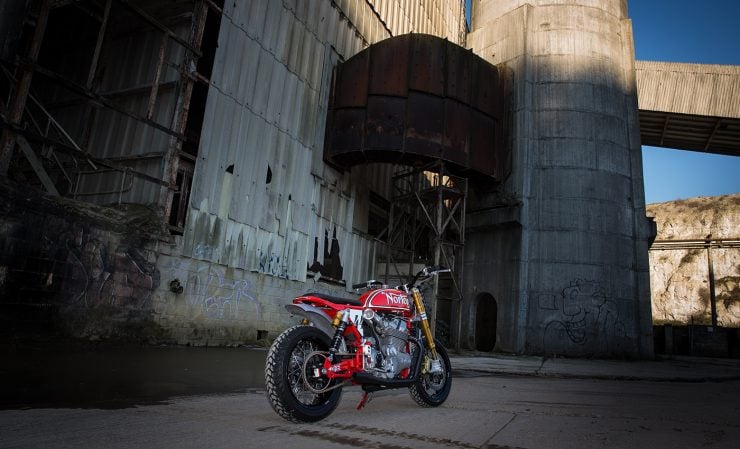 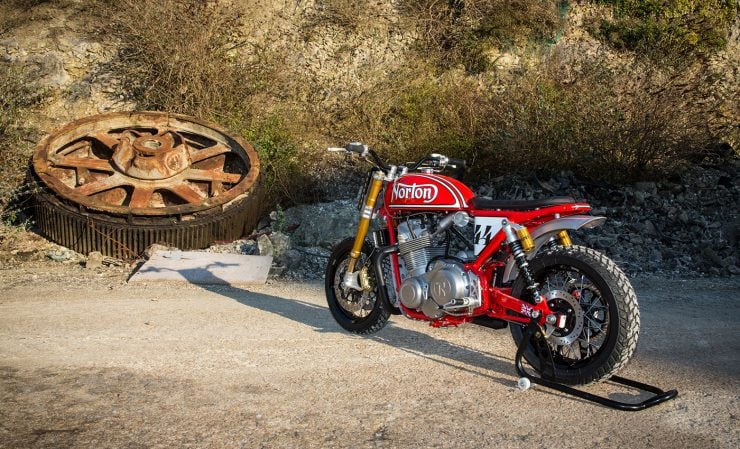 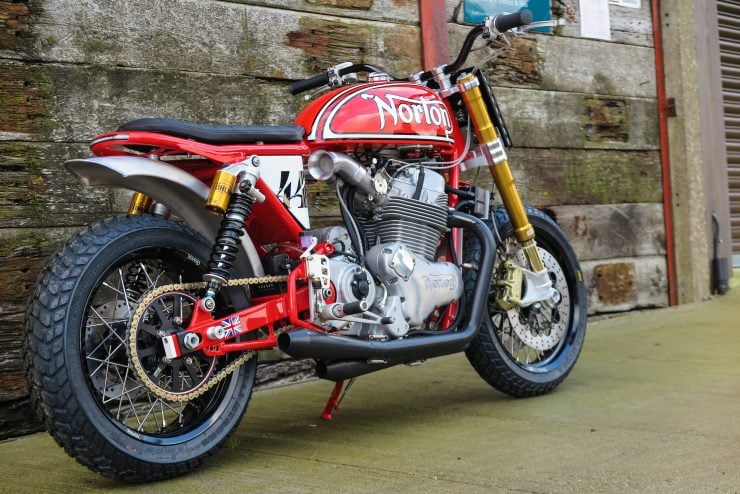 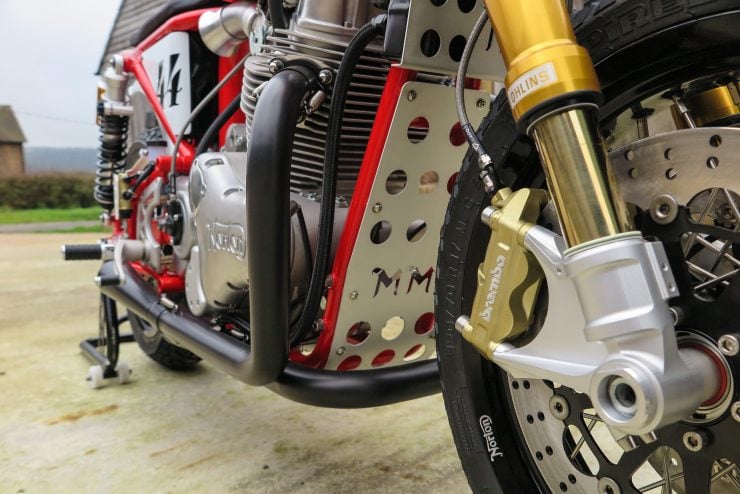 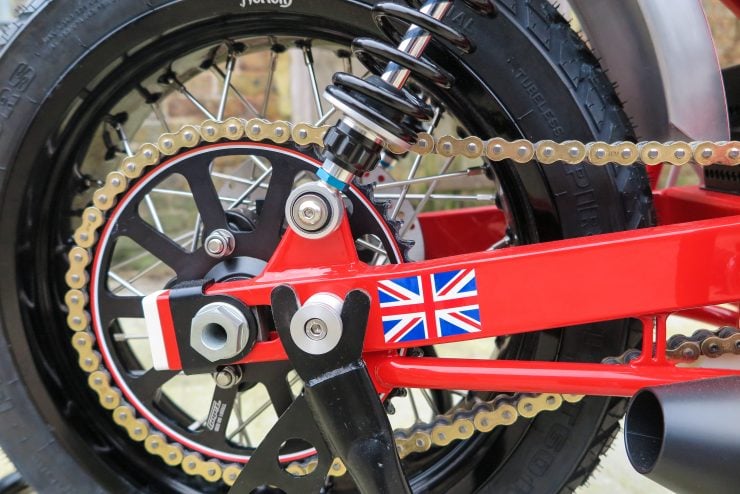 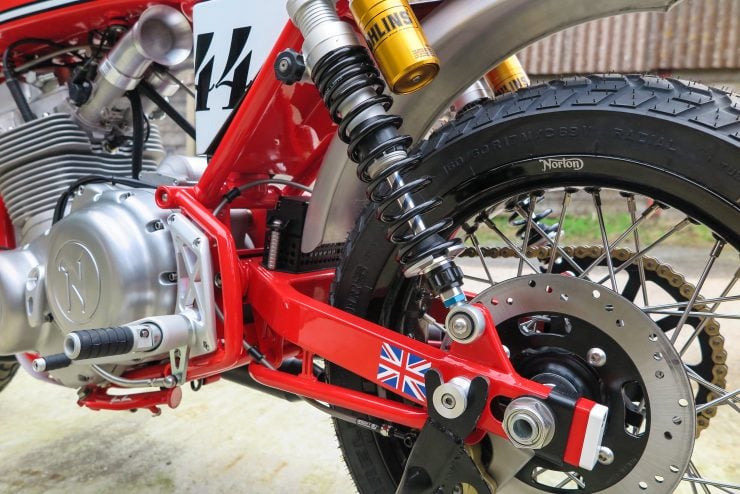 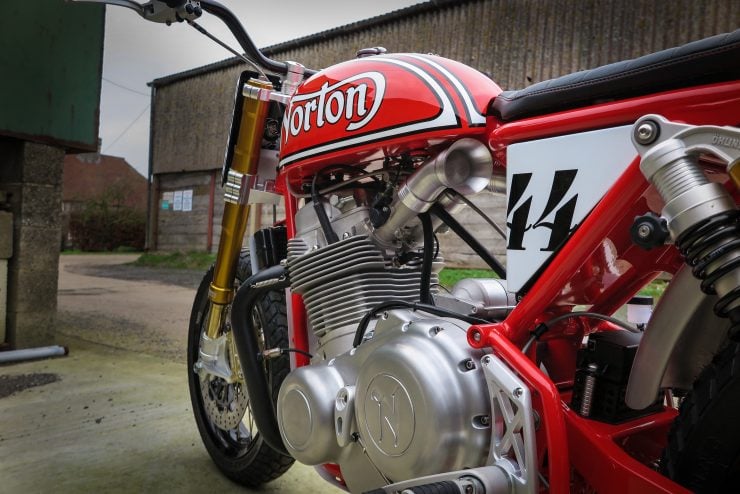 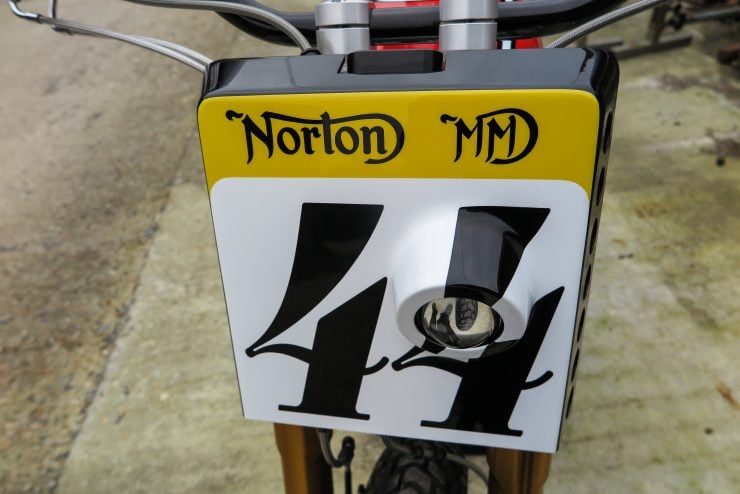 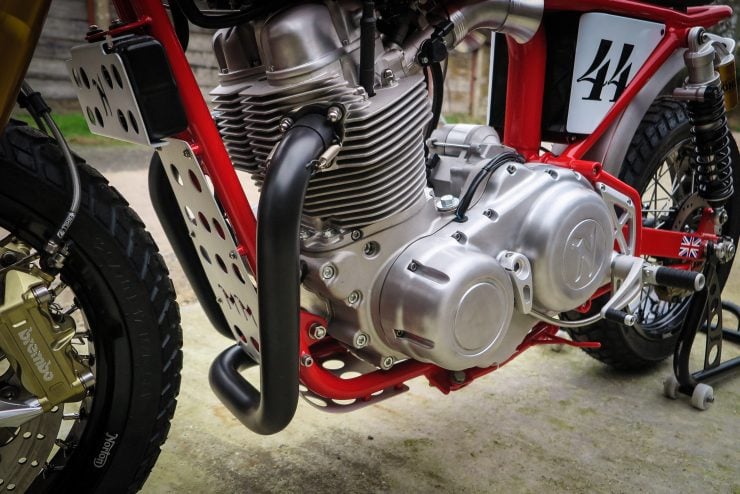 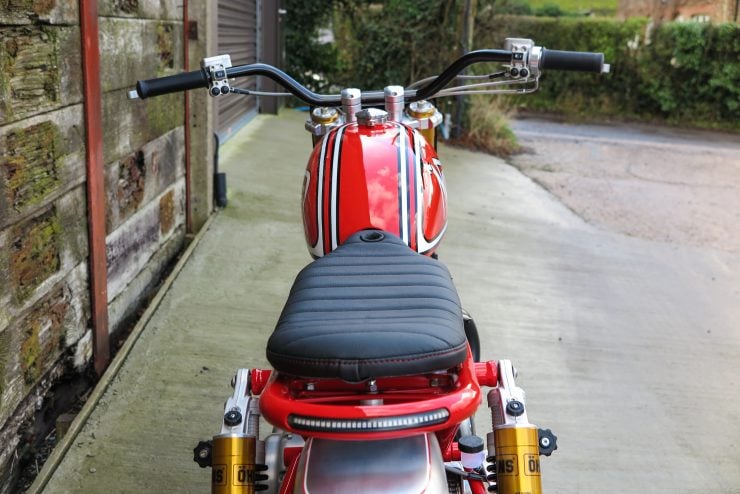 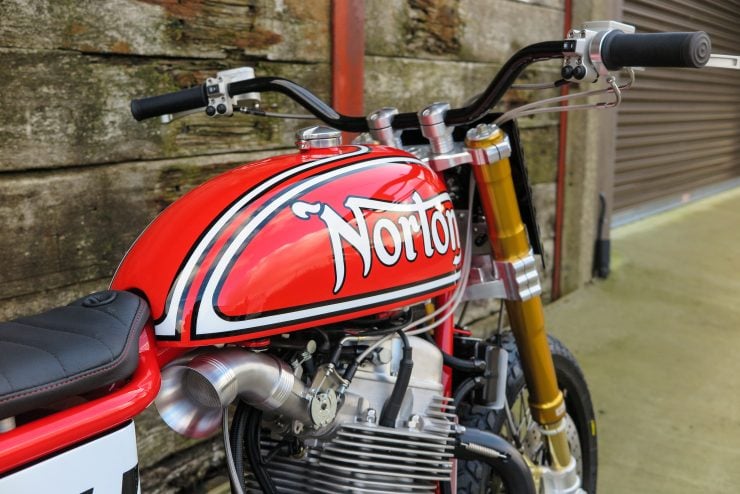 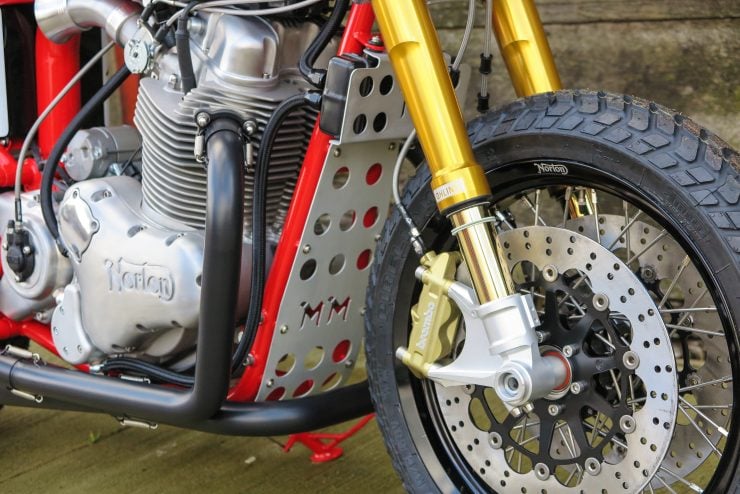 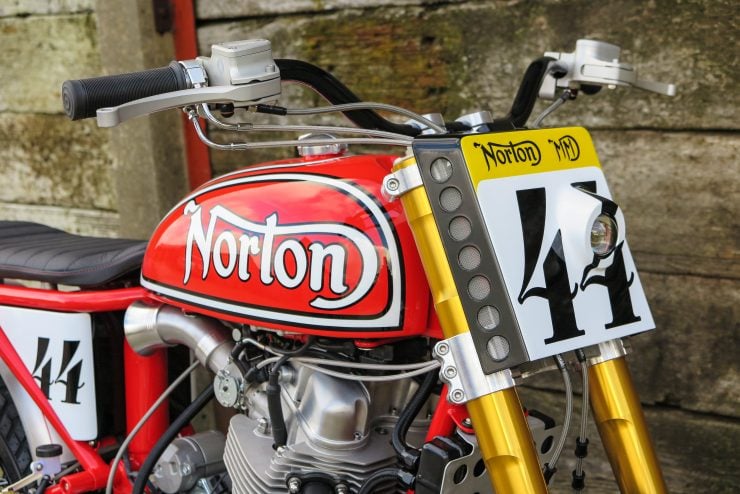 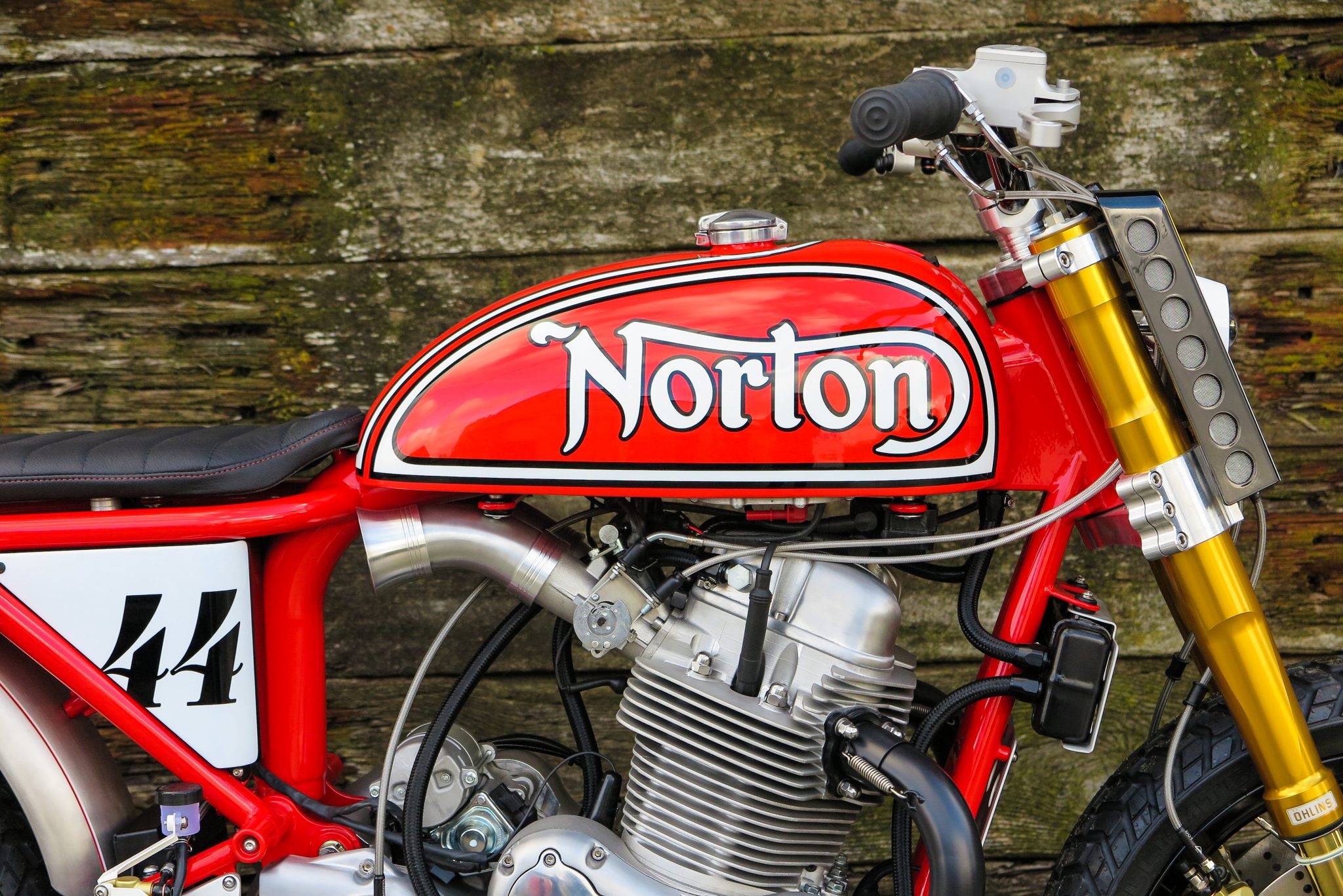 The Suzuki GT750 has the distinction of being Japan’s first liquid-cooled motorcycle, it was developed for…

Although you’d never know it looking at the bike now, this custom BMW started out as…

This is an Alvis Sabre light tank and it’s historically notable for a couple of reasons,…