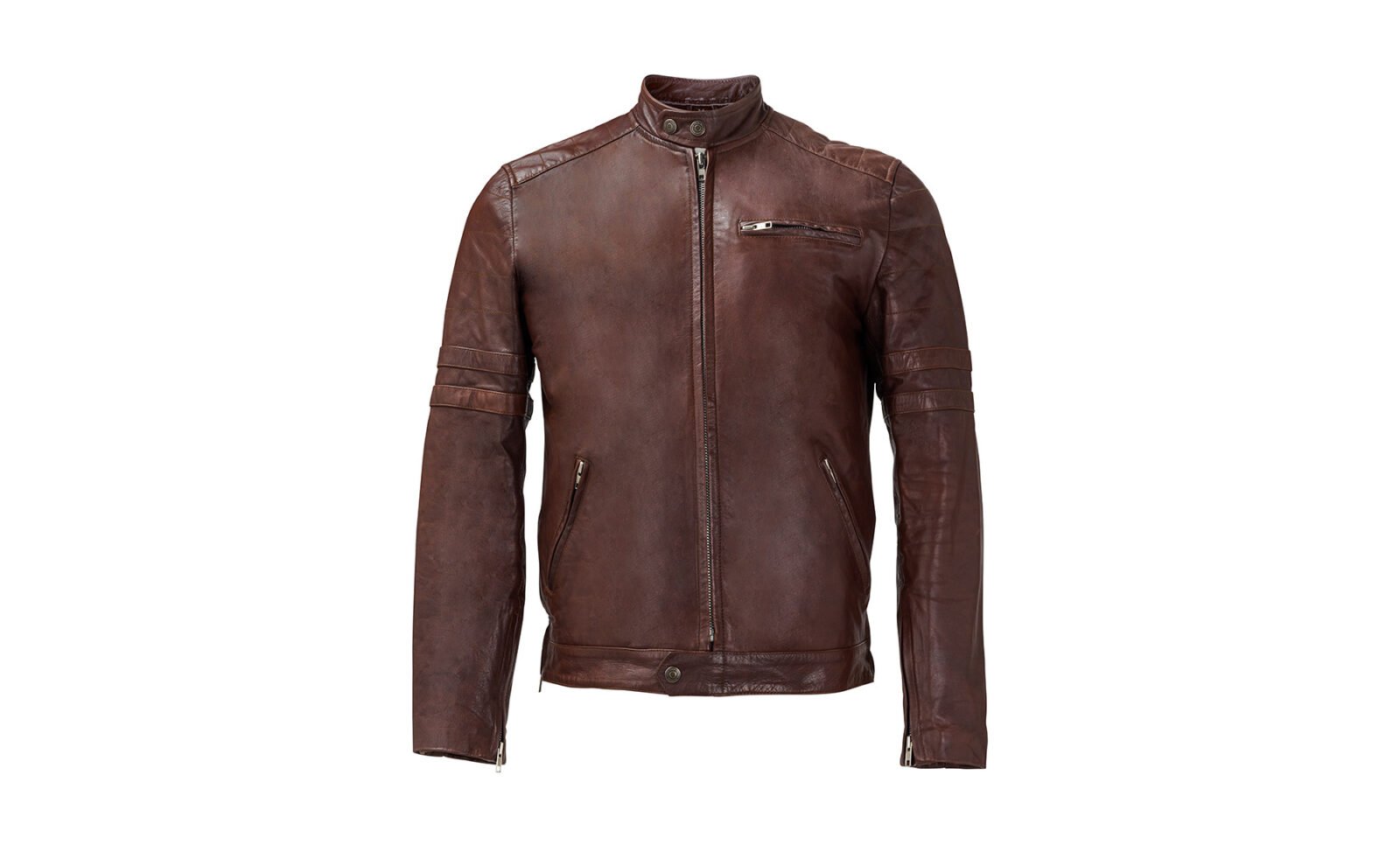 The Bene Motorcycle Jacket is a new design by the team at 55 Collection, it has a 1.0mm thick vintage cherry Italian leather exterior with a contrasting red liner, double stripe detailing on the arms, and a double snap collar.

55 Collection use YKK zippers on all their jackets to ensure quality, they also include D3O level 2 body armor in shoulders and elbow. There are two interior pockets and three front pockets – all with zip closures. 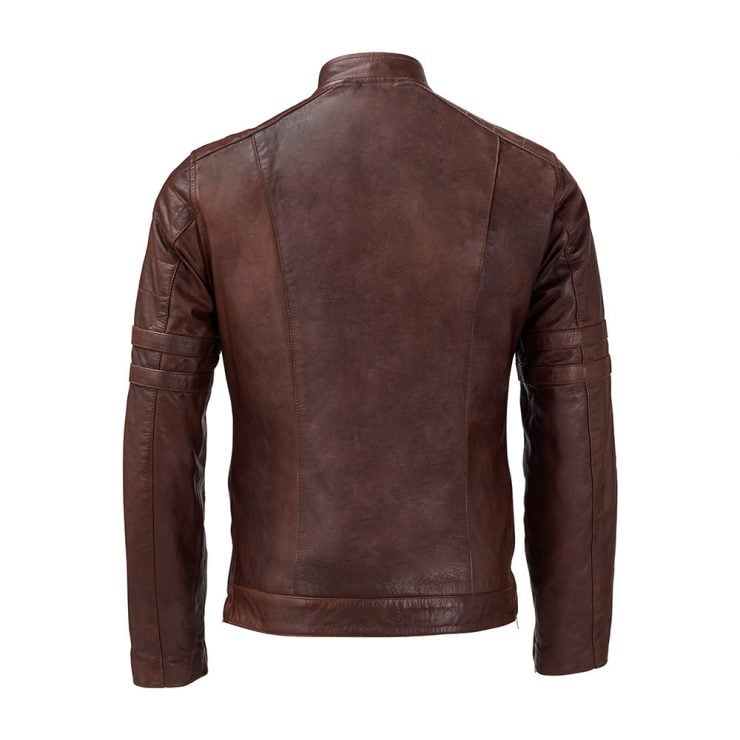 This is the new Sidewaze motorcycle jacket from Fuel, it’s been designed in a style reminiscent of the jackets worn by flat track racers back in the sport’s heyday, and it’s made from 100%full…