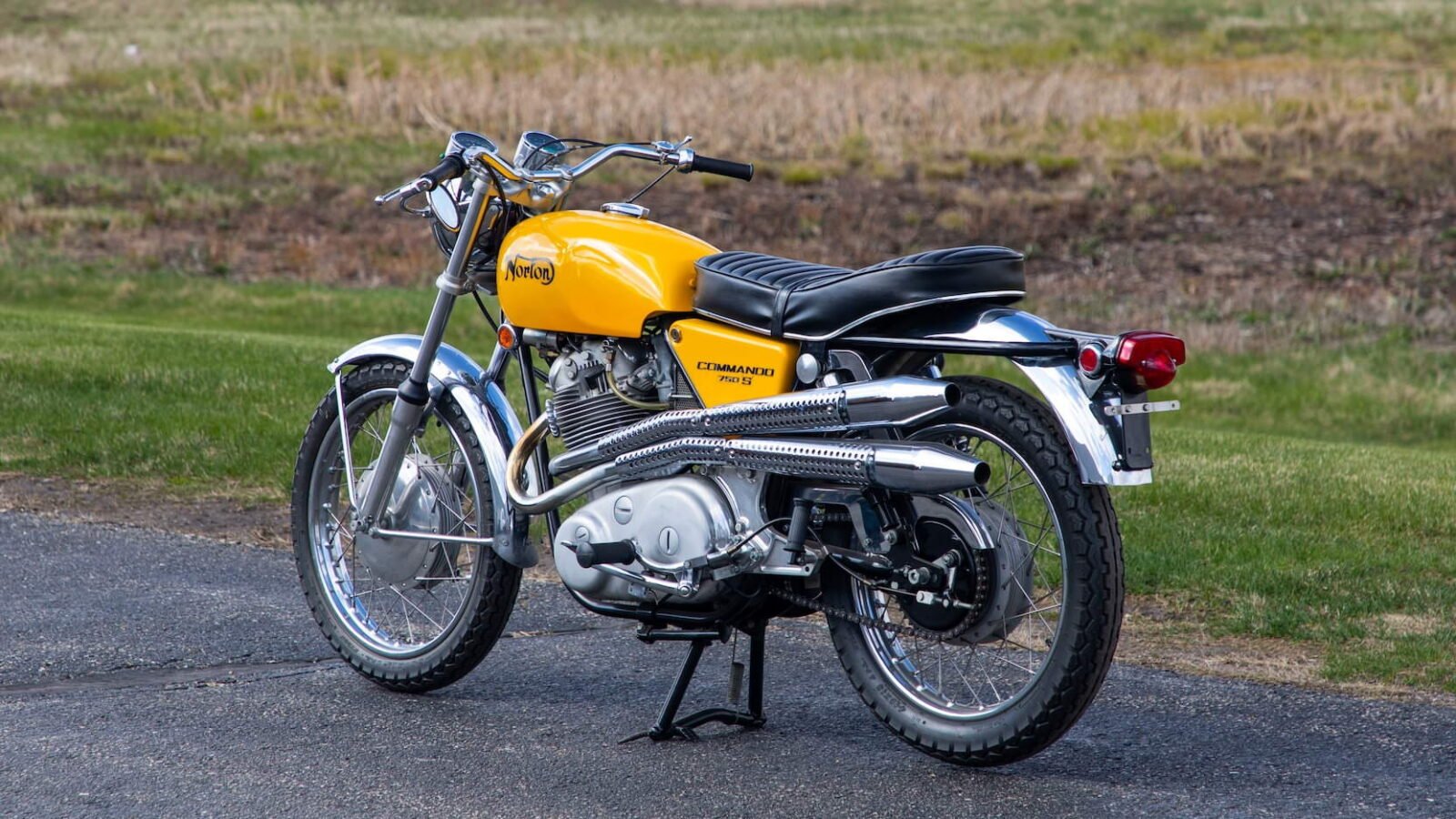 The Norton Commando 750 S was the scrambler version of the Commando series, a model range from Norton that would prove to be one of their best sellers even as the onslaught of motorcycles from Japan began to overwhelm the European motorcycle industry.

Norton was already in financial trouble when the project to develop the Commando began and as such they didn’t have the option of developing an all-new engine. Instead they took their trusty parallel twin that had been in production in some form or another since 1949 and added some upgrades before tilting it forward slightly and changing the timing side cover to keep the Norton logo straight. 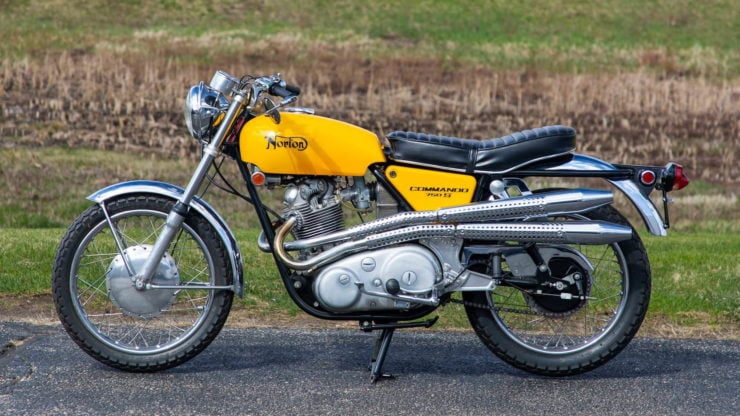 The new Commando model would need to replace both the Norton Atlas and the Norton Ranger, although both these motorcycles were typically much loved by their owners they did have some drawbacks – the biggest of which was vibration. The 750cc (actually 745cc) parallel twin used in both the Atlas and Ranger (and the P11/P11A) was fitted with a 360º crank meaning both pistons rise and fall together, at higher rpms this causes signifiant vibration that would be sent through the engine mounts and frame into the rider.

Norton engineers knew this was one of their biggest challenges so a team led by Dr Stefan Bauer (formerly of Rolls-Royce) developed an all-new frame with a rubber engine mounting arrangement called the “Isolastic” system. This new frame proved to be a winner and offered excellent handling when paired with Norton’s Roadholder forks and adjustable rear shock absorbers.

Despite the fact it was using an already “old” pushrod, pre-unit engine the Norton Commando proved to be a sales success for the British motorcycle marque. The performance, handling, and good looks of the model won it fans around the world and it remains the only motorcycle in history to win the Motor Cycle News “Machine of the Year” award five years in a row from 1968 to 1972. 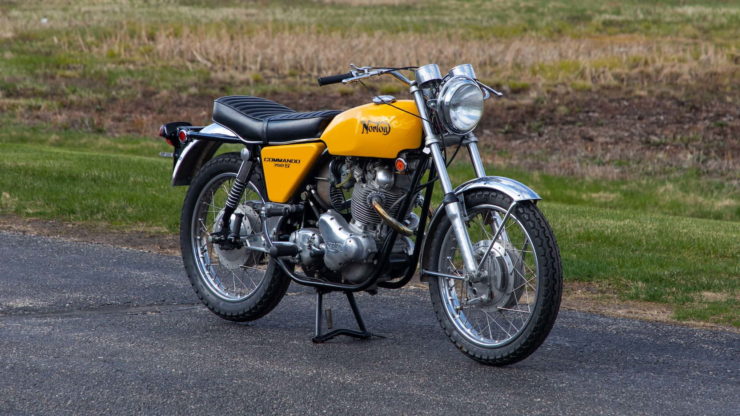 The Norton Commando S features high scrambler-style exhaust pipes, it was developed to appeal to the American market as a street scrambler of sorts. Norton hoped to tap into the wild popular world of desert racing that they’d previously targeted with the Norton P11, P11A, and Ranger.

Of course by the time the Commando S had appeared the two-strokes of companies like Husqvarna had already taken over the off-road racing world so the Commando S was never going to be a serious competitor. Most owners used it on the road and it won countless fans for its sleek good looks, ample chrome work and high pipes.

Today the surviving examples of the Norton Commando S are highly sought after, they’re widely considered to be either the most handsome or one of the most handsome Commando variants, and the sound from those scrambler pipes is unbeatable. Although the term “superbike” was coined to describe the Honda CB750 it was applied to many other high performance motorcycles of the era, and the Commando was one of the CB750’s key competitors.

The 1971 Norton Commando S you see here was built in late 1970 and titled as a 1971, it was freshened up in 2014 and taken for a short run. If you’d like to read more about it or register to bid you can click here to visit the listing on Mecum. 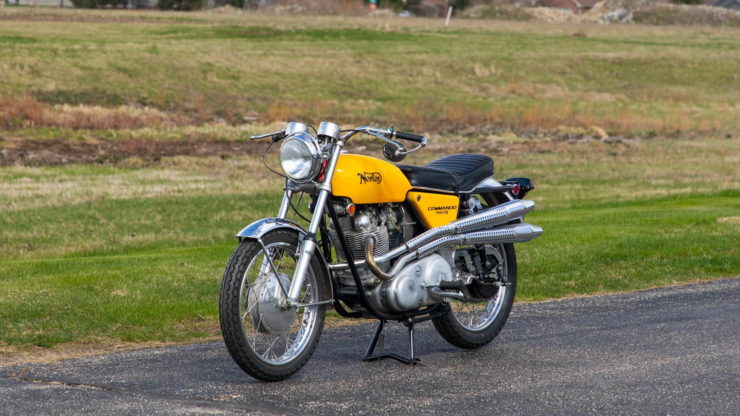 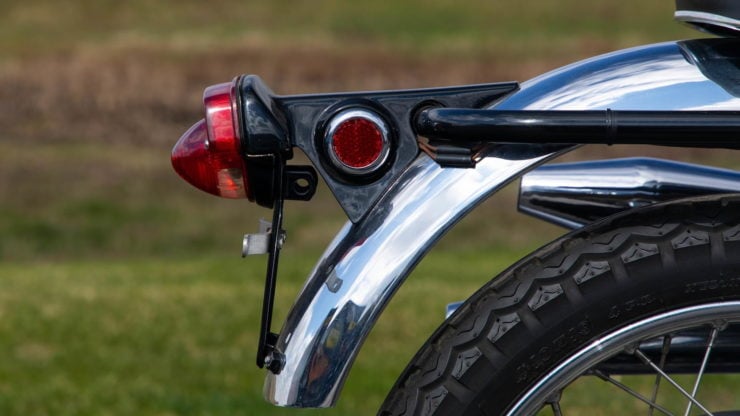 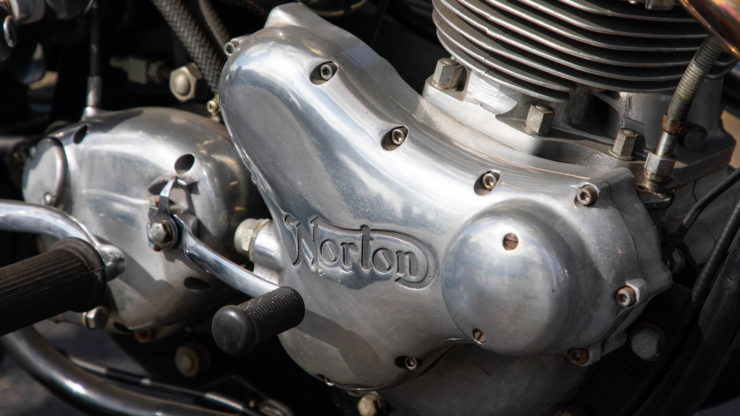 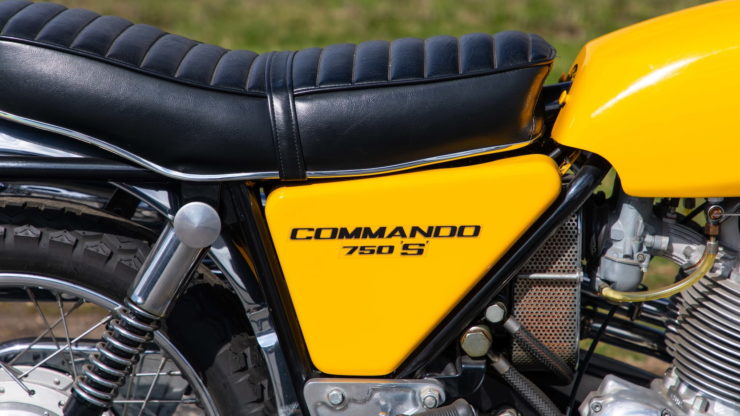 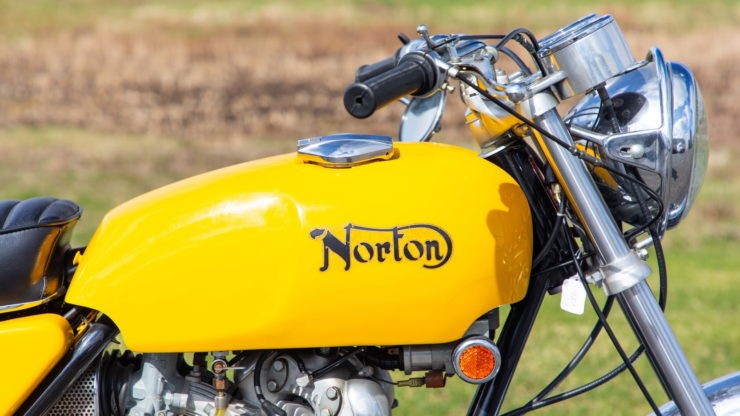 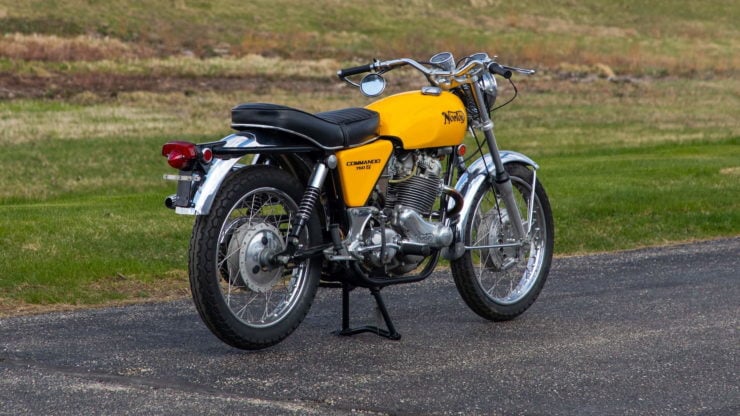 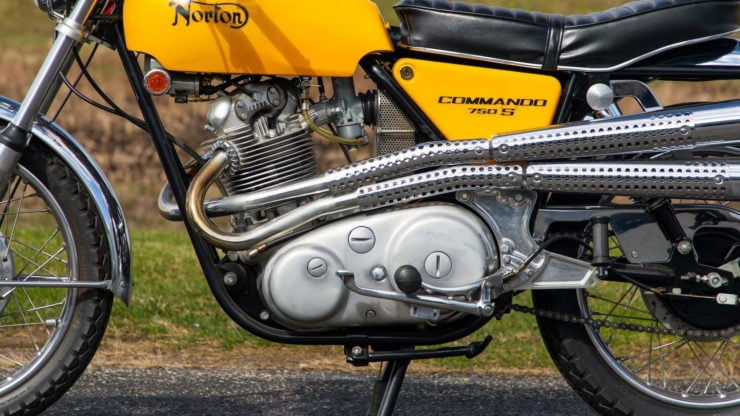 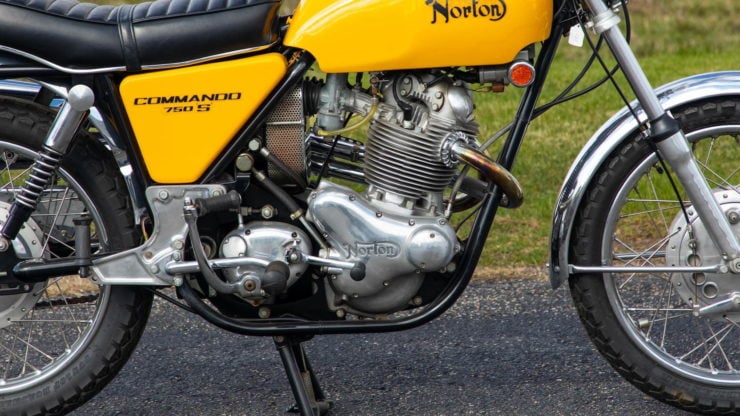 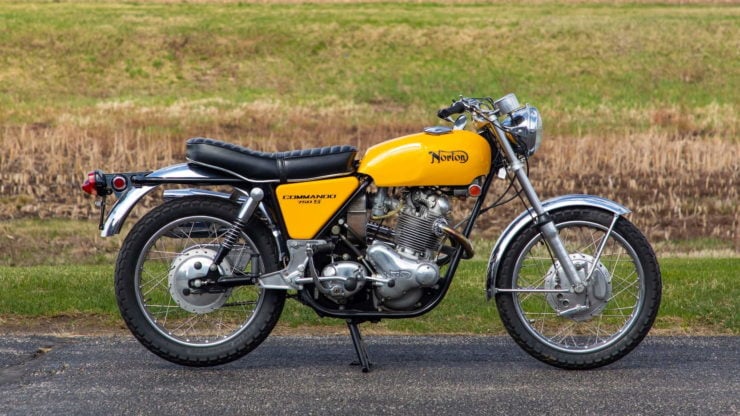 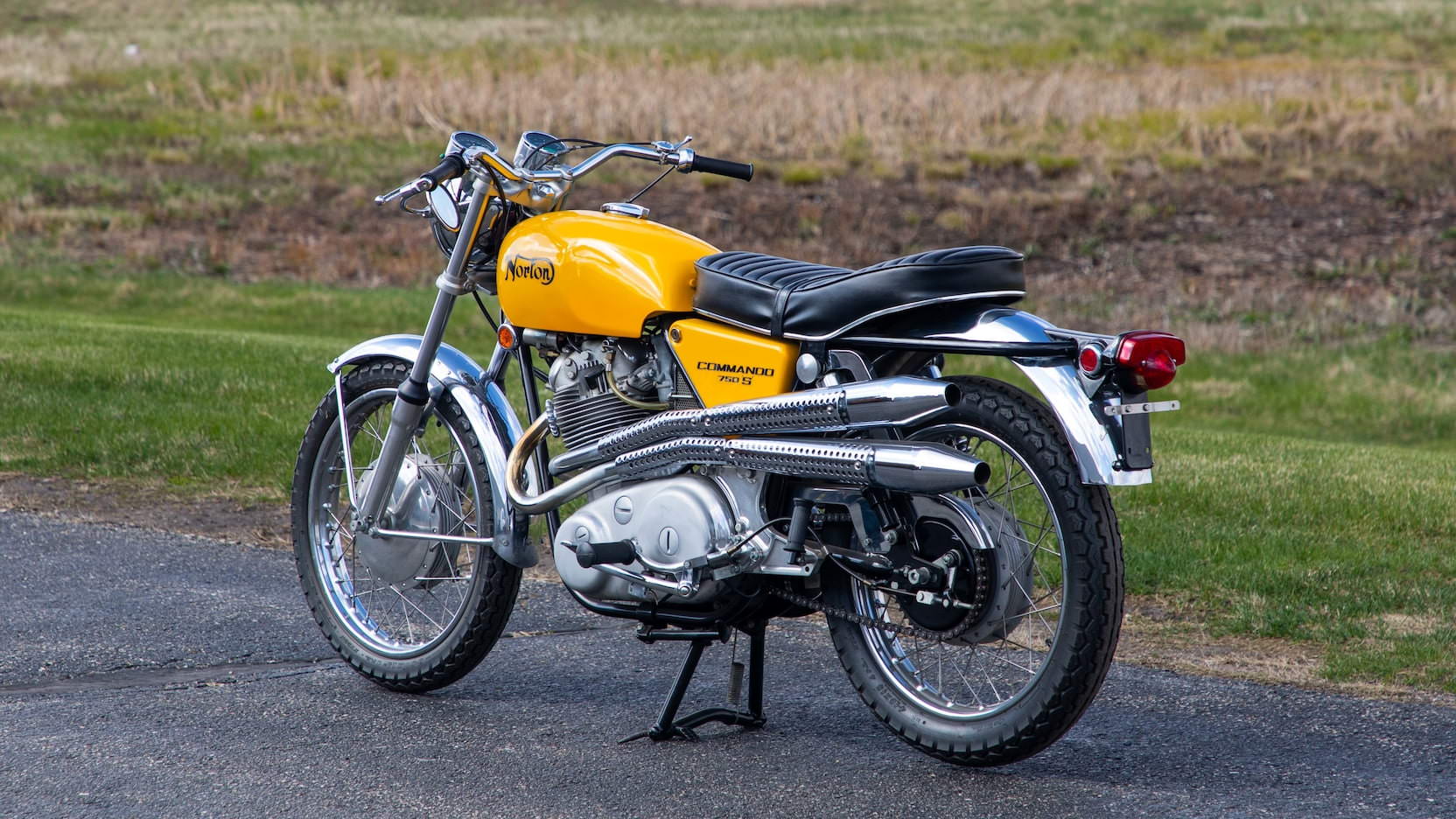