Norman “Dixie” Dean was one of the most highly respected racing mechanics in the business in the 1960s and 1970s. He was the crew chief of the 1968 and 1969 24 Hours of Le Mans-winning Gulf GT40, piloted by Jackie Ickx and Lucien Bianchi, and Jackie Ickx and Jackie Oliver respectively.

Dixie Dean was such an important figure in the Le Mans pit lane that he was hired by Steve McQueen’s Solar Productions to work as an engineer and mechanic during the filming of McQueen’s film “Le Mans” released in 1971.

Not only did Dixie work on engines, suspension, and bodywork for the film cars, he also developed two full-sized radio controlled stunt cars that were used in the crash scenes.

During filming Dixie became friends with McQueen, this led McQueen to give Dixie his own small part onscreen in the film – after McQueen’s crash it’s Dixie who comes over and asks “Are you alright Michael?”.

This is Dixie Dean’s tool box, it’s covered in decals from the period including Gulf, Martini, Ferodo, Lucas, Bell, and Heuer. There are still some tools in the box though it isn’t full, I’m sure the tool that are there would have remarkable stories to tell if they could speak.

Mecum will be offering the toolbox in mid-July at the Indy Road Art auction, it has no reserve and there’s currently no estimate. If you’d like to read more about it or register to bid you can click here to visit the listing. 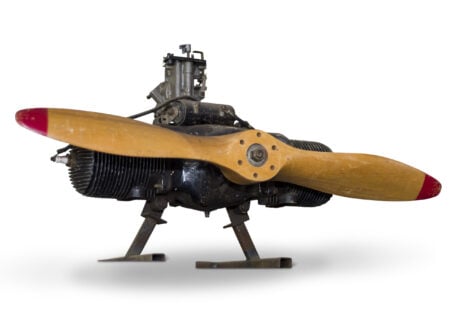