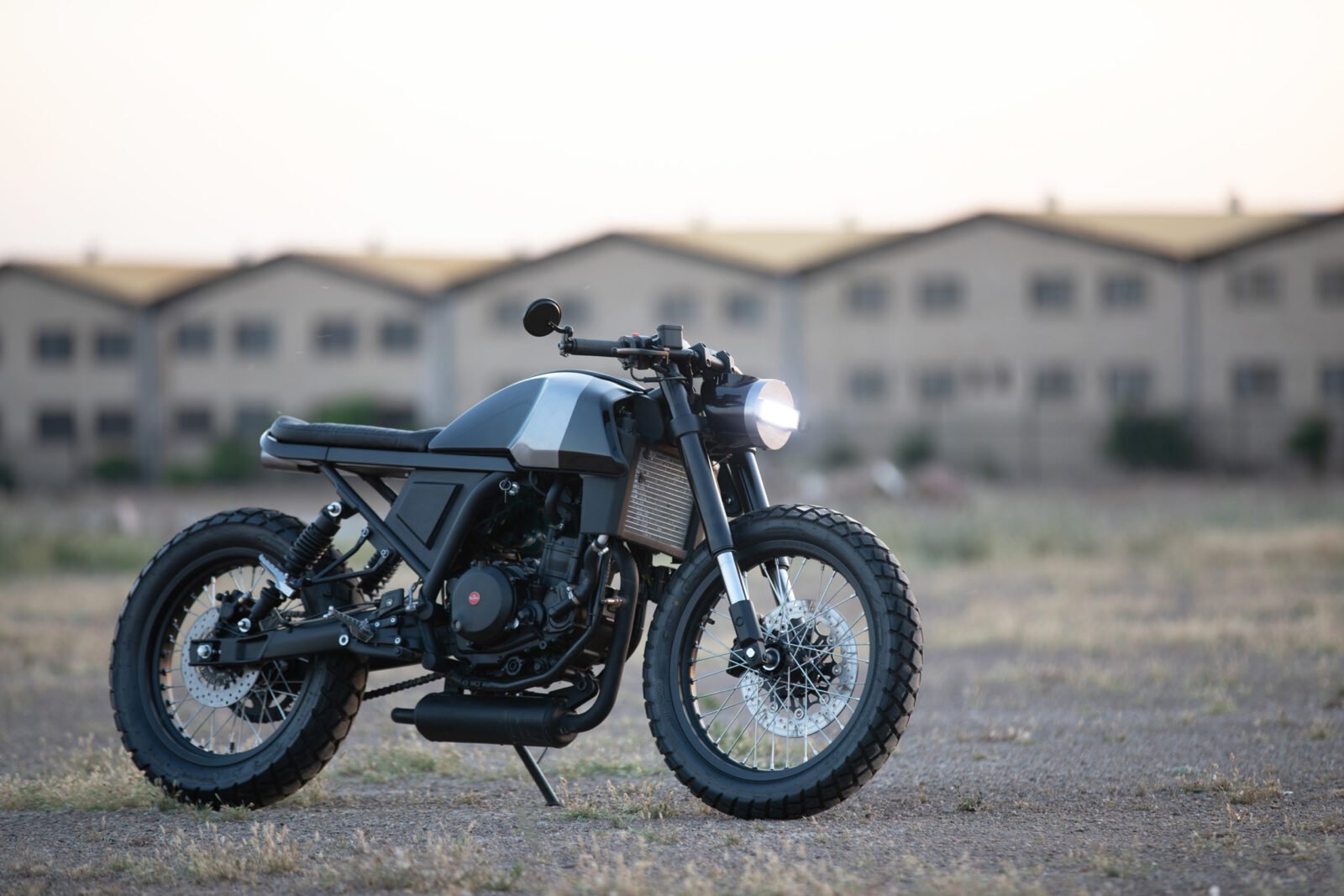 Iran isn’t a country we typically associate with custom motorcycles however if Ali Ahooei has his way, this is all going to change. Ali built this custom F.B. Mondial HPS 300 for celebrated Iranian artist Pooya Aryanpour, a painter and sculptor whose work has been shown around the world.

The build started with a brand new, showroom fresh F.B. Mondial HPS 300. This isn’t a motorcycle we see on the road in much of the western world but in developing countries like China and India, it’s a premium modern classic. 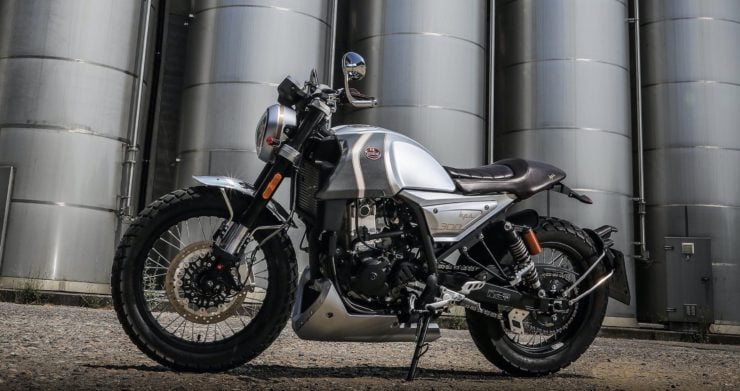 The company disappeared in 1979 before returning briefly around the time of the new millennium for a short-lived resurgence. It wouldn’t be until 2014 until Count Pierluigi Boselli (owner of the Mondial brandname and a descendant of the original founders) and Cesare Galli brought the company back.

F.B. Mondial now builds smaller capacity motorcycles in China to designs from their Italian team, and they used tried and trusted engines from the Piaggio group.

Power is sent to the rear wheel via a 6-speed transmission and a chain drive, the rear suspension consists of twin shock absorbers and up front there are 41mm upside down forks. Brakes are disks front and rear, and the bike has modern classic styling with a distinctly Italian flair. 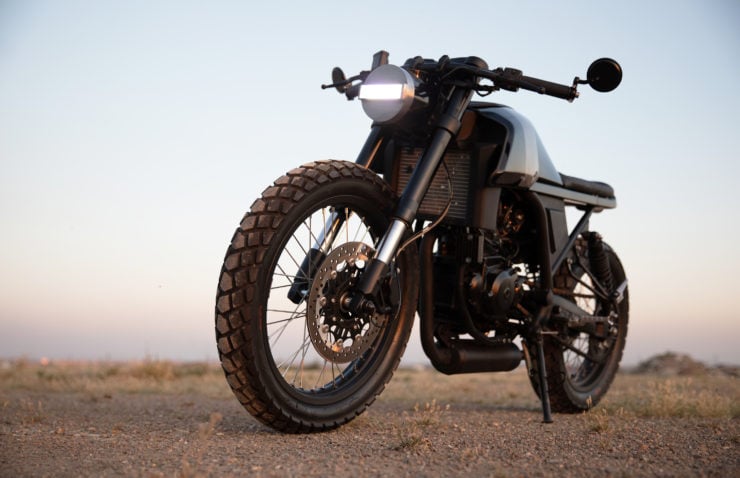 Ali Ahooei is one of Iran’s new generation of custom motorcycle builders, he has a BA from Soore University in Tehran and he’s spent years working in the fields of sculpture and painting. He also has a lifelong love of classic cars and motorcycles which led him to work in a restoration garage where he picked up a slew of new skills.

These new skills have been put to work in his new venture, and this motorcycle is his first build.

The process started with a new HPS 300, he stripped it back to a bare frame and got rid of the original seat, side covers, fenders, sump fairing, headlight, and instrument cluster. He then set to work de-tabbing the frame and modifying the subframe to accept the new seat.

It was decided to keep the under-engine area clear with just the black exhaust visible, the fenders were left off for a more aggressive look and an all-new headlight was fabricated incorporating the speedometer and a letterbox opening at the front reminiscent of the headlights used during WWII.

The completed build is a much more minimalist and less fussy looking bike than the original which will be loved by many. If you’d like to see more from Ali you can click to follow him on Instagram, we’ll be bringing you his new creations as they’re unveiled. 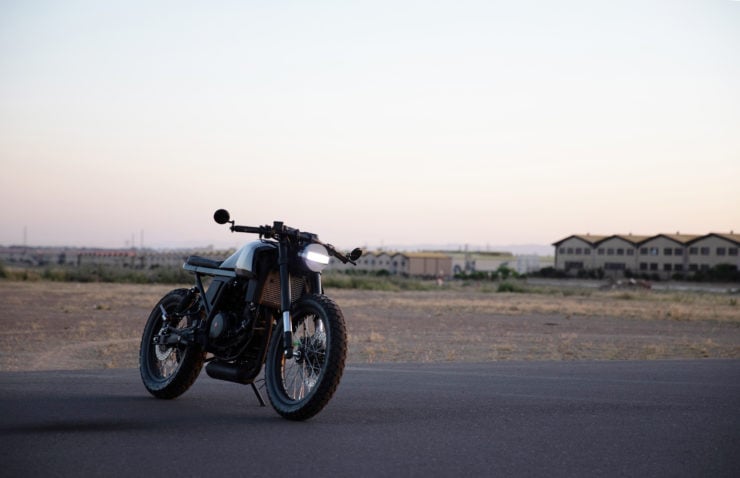 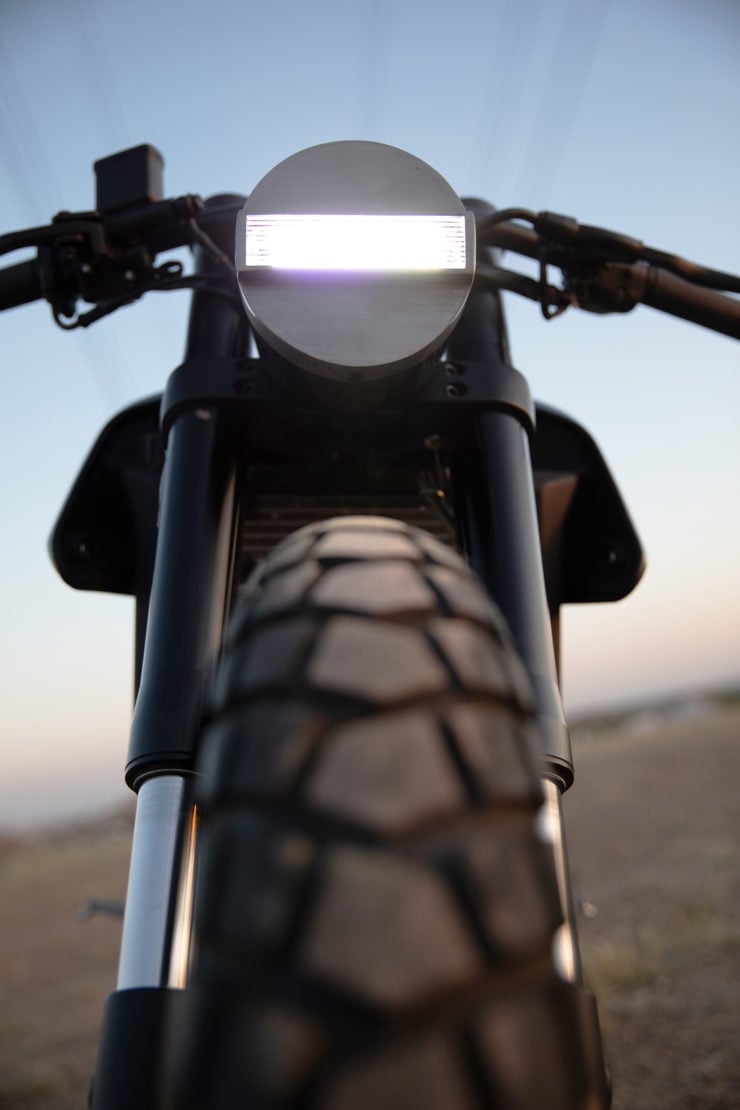 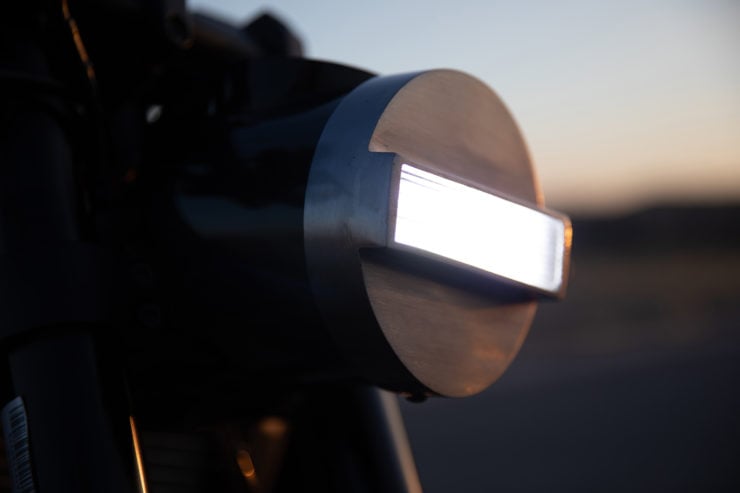 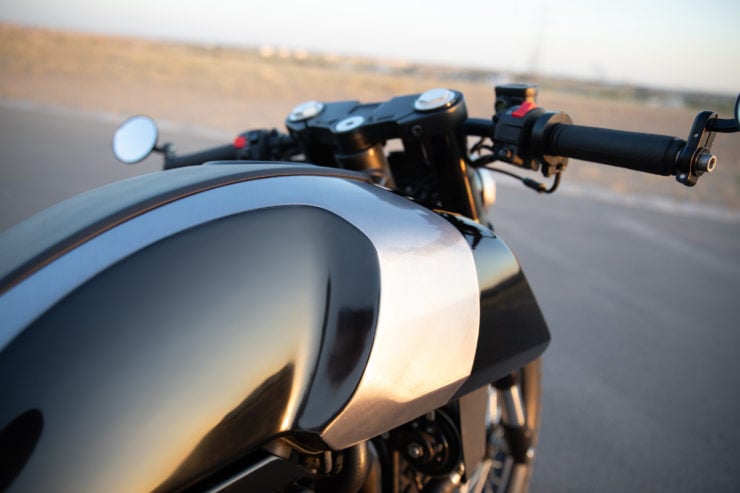 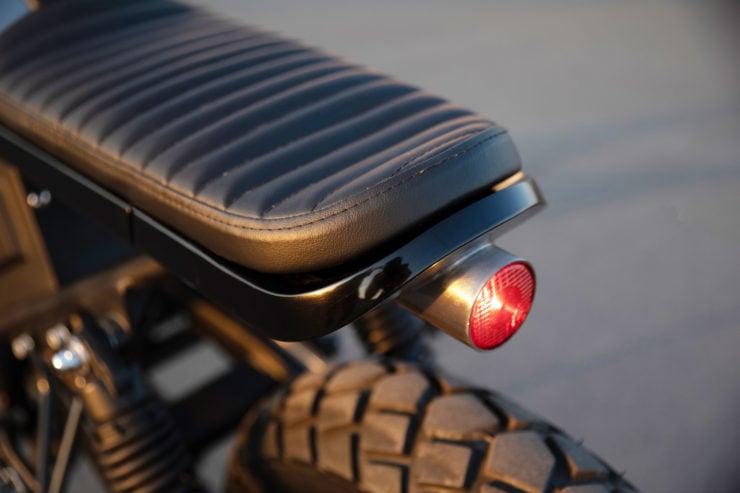 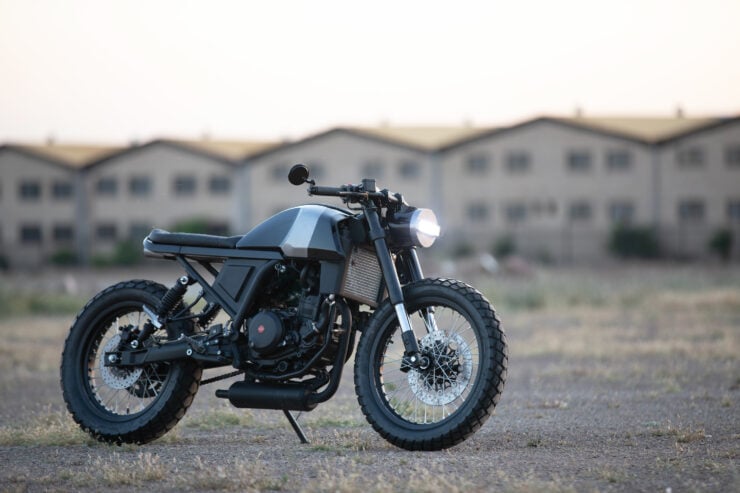 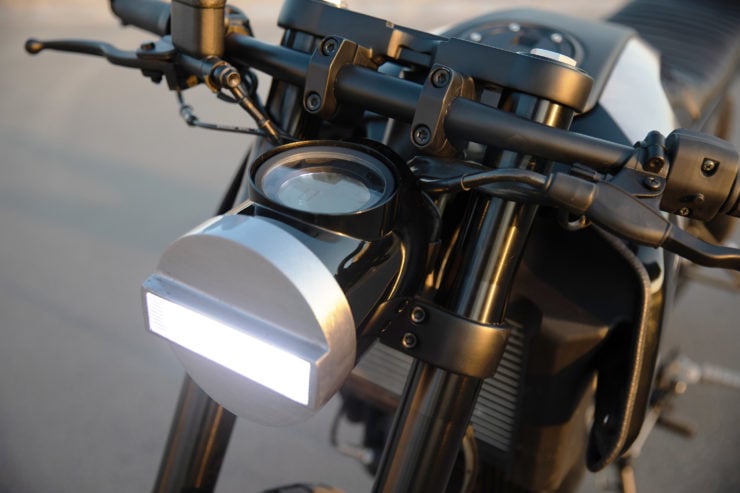 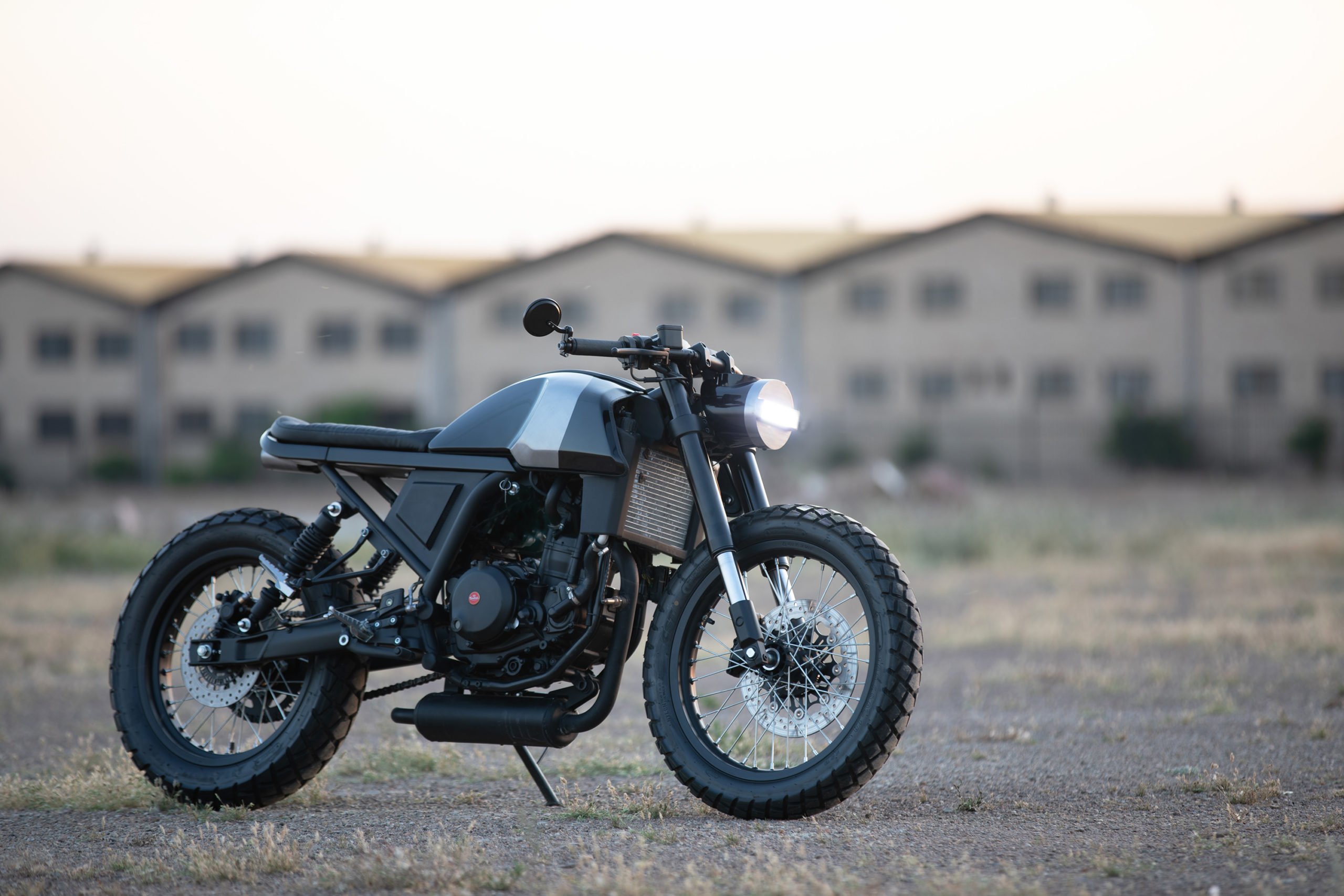