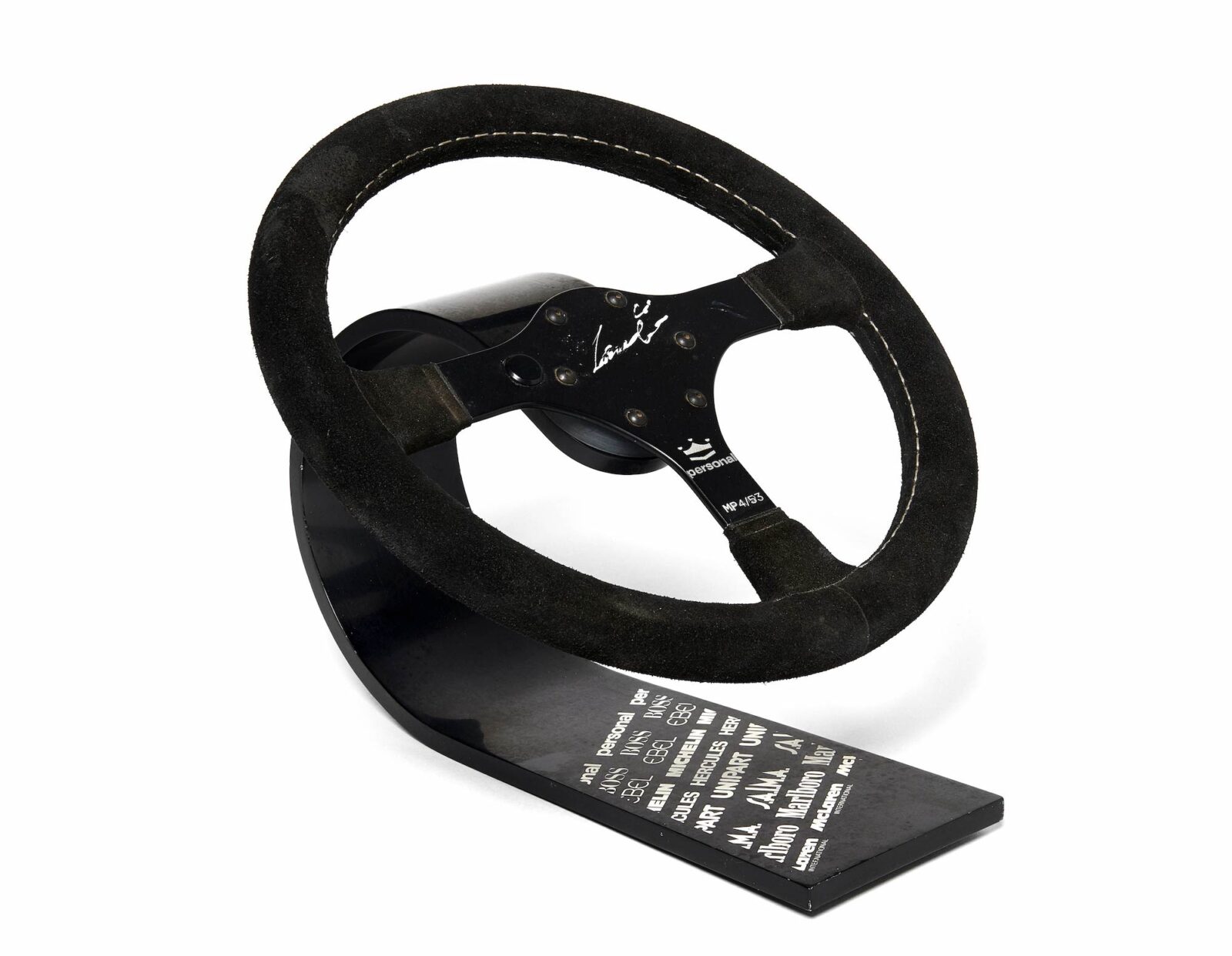 This is the steering wheel fitted to Formula One World Champion Niki Lauda’s McLaren MP4 for the 1983 Italian Grand Prix at Monza.

Both Niki Lauda and the McLaren MP4 are deservedly famous in their own right, with Lauda winning three Formula One Drivers’ Championships as well as a total of 25 wins and 54 podium places, and being best remembered today for his battles with James Hunt.

These battles were immortalized in the 2013 film Rush from director Ron Howard, starring Chris Hemsworth, Daniel Brühl, and Olivia Wilde.

The McLaren MP4 is famous for altogether different reasons, even though it never won the Constructors’ Championship over its three years of competition it did layout the fundamental design of all future Formula One cars. 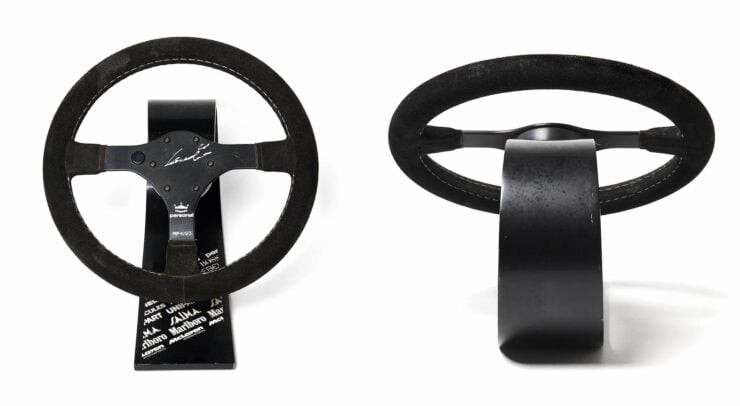 The McLaren MP4 was the first Formula 1 car to use a carbon fiber monocoque chassis, a revolutionary advance in design made by lead engineer John Barnard. Barnard had first seen carbon fiber being used during a visit to the Rolls-Royce factory where he saw the Rolls-Royce RB211 jet engine being tested.

It was clearly apparent to him that this new material could revolutionize F1 car design, and he was right. Within a few short years of the introduction of the MP4 all other F1 cars would use carbon fiber monocoque chassis and they still do to this day, over 40 years later.

This steering wheel is now for sale, it’s numbered MP4/53 and it’s accompanied by a certificate of authenticity signed by former team boss Ron Dennis. It’s believed that Lauda gave this steering wheel to an Italian journalist after the race as a gift, and it’s presented today on a display base. 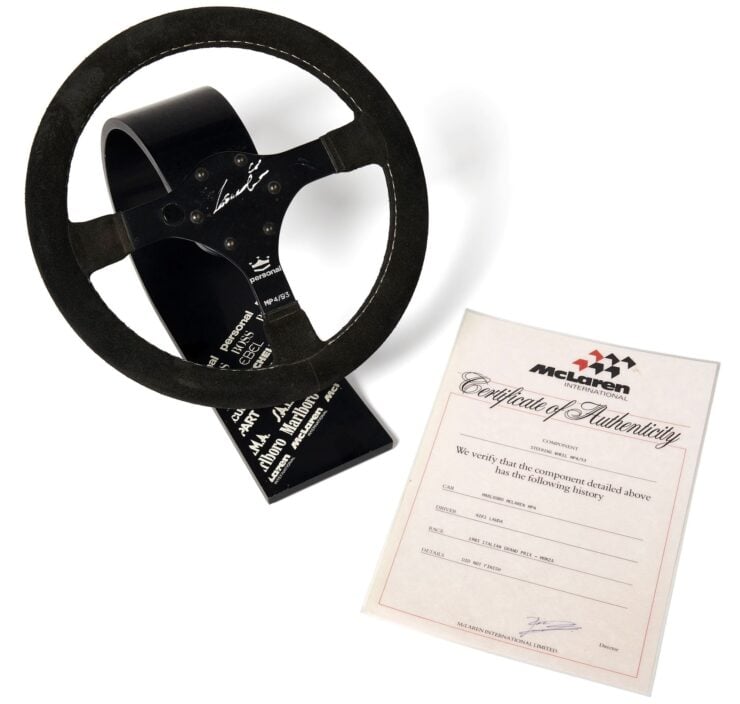