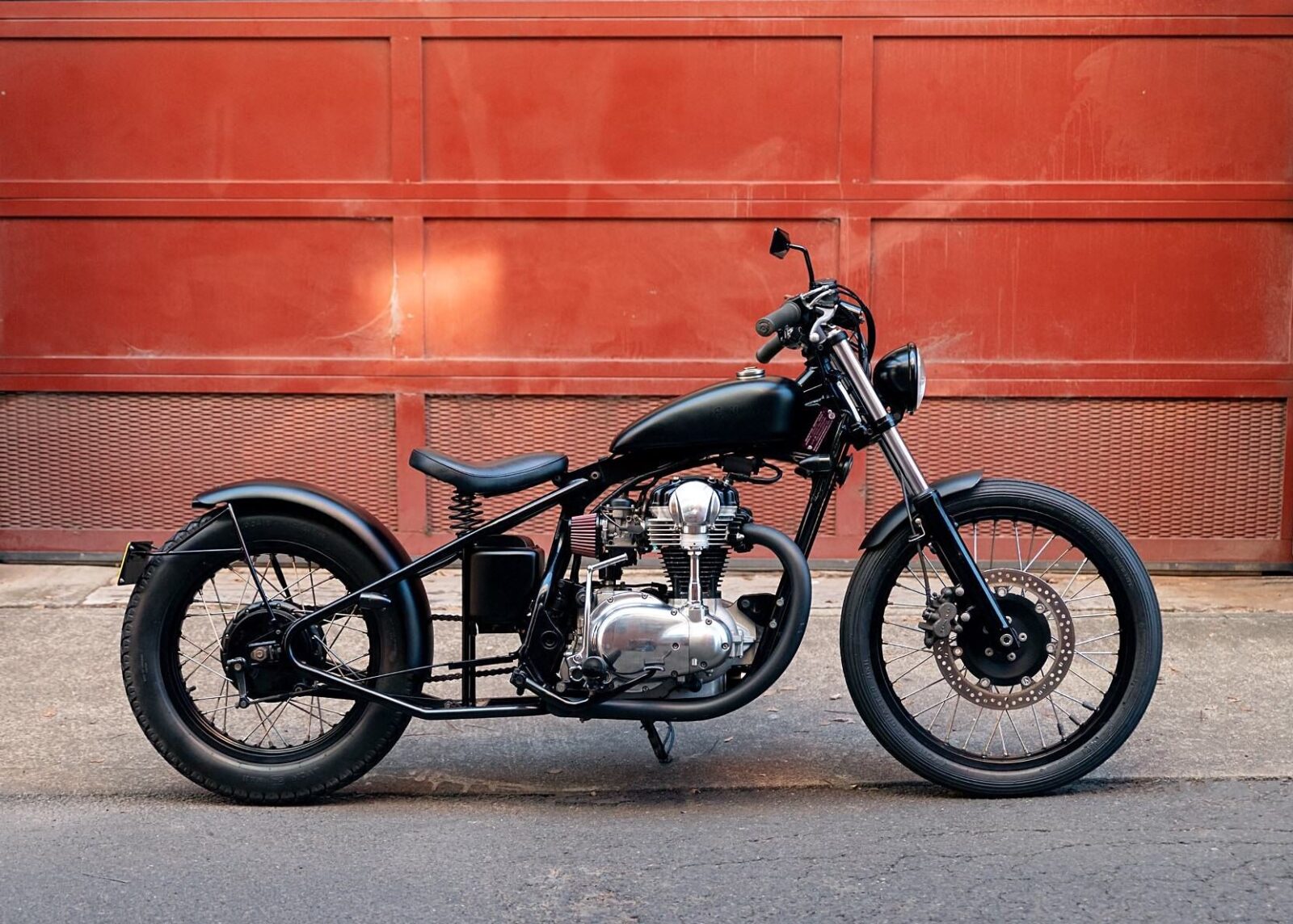 This Kawasaki W650 bobber was built by Australian company Deus Ex Machina in Sydney back in 2009, long before the company became the global juggernaut it is today.

✱  Deus Ex Machina is today the most famous custom motorcycle company in the world, though they’re now better known for their apparel.

✱  The custom motorcycles built by Deus were initially almost all related to surfing or beach-side cruising, some even had surfboard racks on the side.

✱  This X650-based bobber has a simple hard-tail design, with a sprung saddle, a low curb weight, and an unsilenced open exhaust.

Deus Ex Machina was founded in Sydney, Australia by Dare Jennings in 2006, he was also the founder of 1980s Aussie surf brand Mambo. 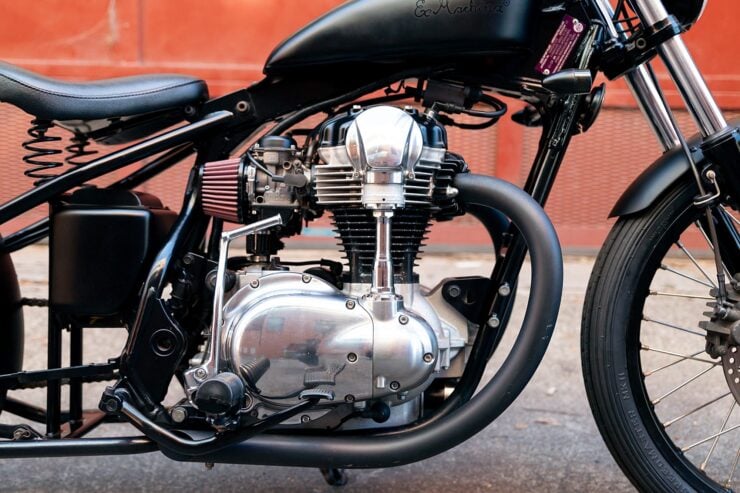 Above Image: The W650 engine is a parallel twin with an unusual bevel gear driven overhead cam operating two valves per cylinder.

Deus was originally known for their t-shirts, custom motorcycles, surfboards, and lifestyle gear. Initially Deus grew largely by word-of-mouth, eventually snowballing into one of the biggest surf and lifestyle brands of its kind in the world, and it’s now owned by luxury behemoth LVMH.

This Kawasaki W650 was built back in 2009, the early days of Deus and just three years after the company was founded in 2006. It uses the venerable 650cc parallel twin from the W650, a unit-construction engine with an unusual bevel gear driven overhead camshaft influenced by mid-20th century British engine designs.

With 50 hp at 7,000 rpm the 429 lb (195 kg) Kawasaki W650 was aimed squarely at the modern classic offerings from British motorcycle maker Triumph, the Bonneville in particular.

The W650 has a 5-speed transmission and a chain final drive, and from the factory they came with a relatively standard duplex steel tube frame, twin rear shock absorbers, telescopic forks up front, and a front disc brake paired with a rear drum.

The Kawasaki W650 was introduced in 1999 and sold until 2007, it was later superseded by the Kawasaki W800, a remarkably similar motorcycle with a larger 800cc parallel twin offering more power. 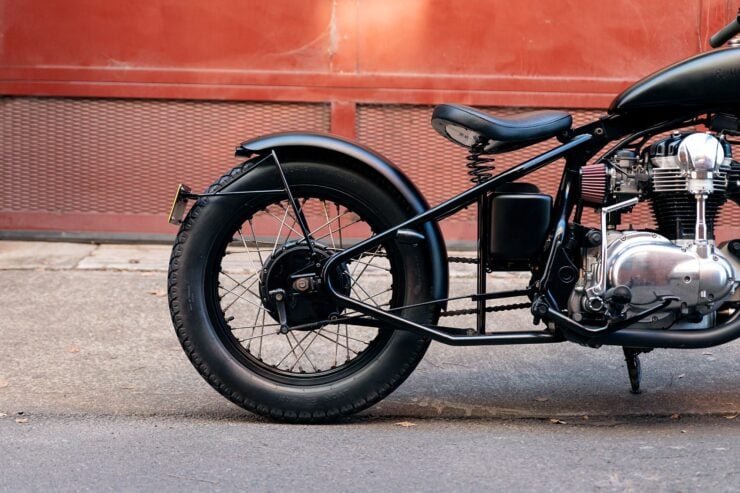 Above Image: This bike is a bobber, characterized by its hard tail rear end and sprung saddle.

This bobber custom from Deus features an entirely new rear end, the original swing arm and twin shocks have been replaced with a rigid tubular steel subframe converting the bike into a hard tail.

Back in the early days of the motorcycle they were essentially all hard tails due to the fact they were made using frames directly influenced by the early safety bicycles.

Although it looks like it might struggle pass a roadworthy inspection the bike actually does tick all the required boxes thanks to its subtle front and rear indicators, head light, tail light, rear license plate, front and rear fenders, and centrally-mounted speedometer.

The engine now breathes through twin carburetors fitted with high-flow, pod-style air filters, this combined with the open exhaust will result in an engine that’s slightly more powerful and considerably louder than the original would have been from the factory.

This Deus W650 is being auctioned live on Collecting Cars at the time of writing, it has just 3,050 kms on the odometer and it’s being offered for sale directly by Deus from their original Camperdown headquarters in Sydney.

If you’d like to read more about it or place a bid you can click here to visit the listing. 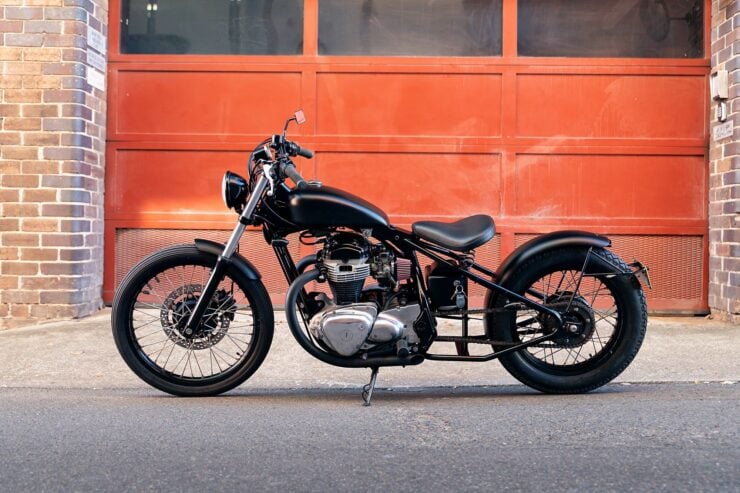 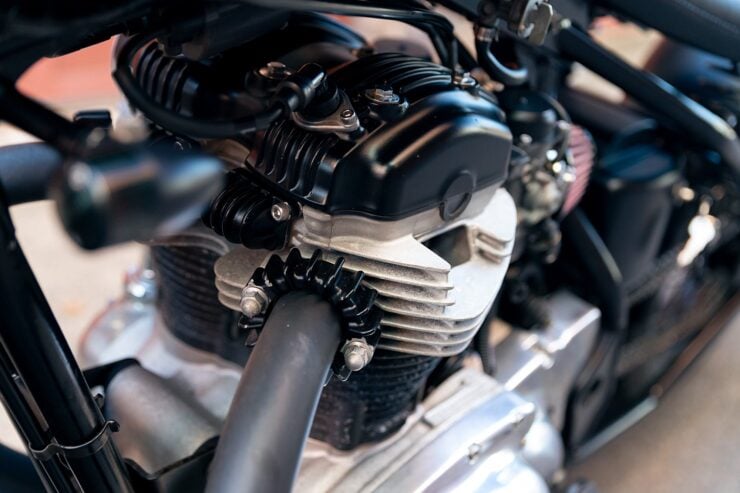 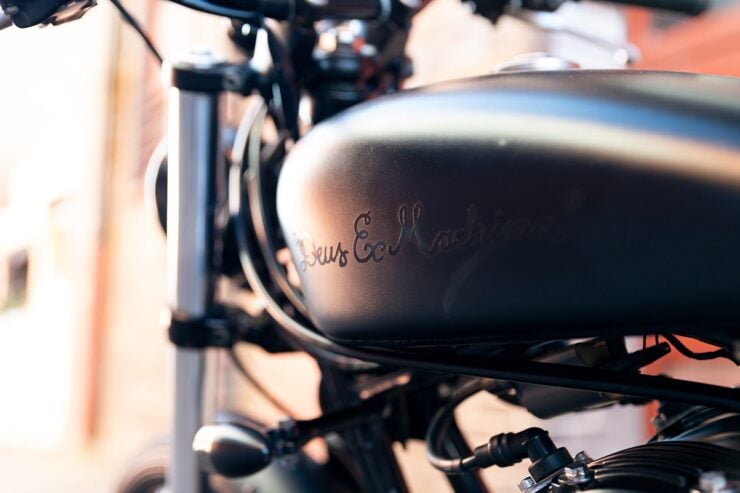 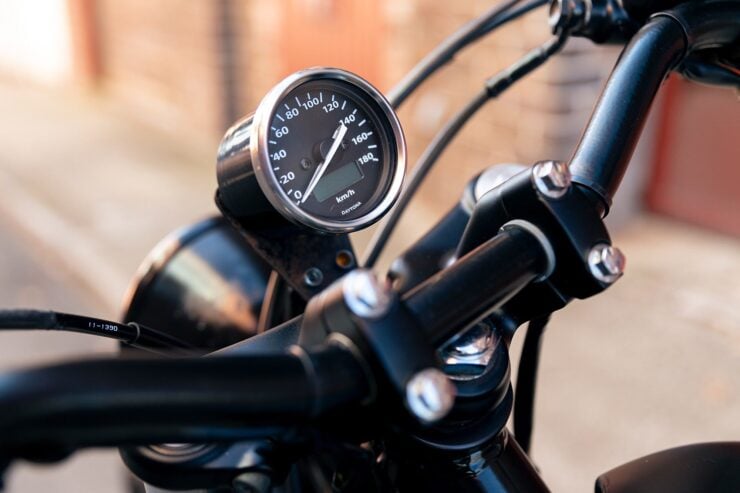 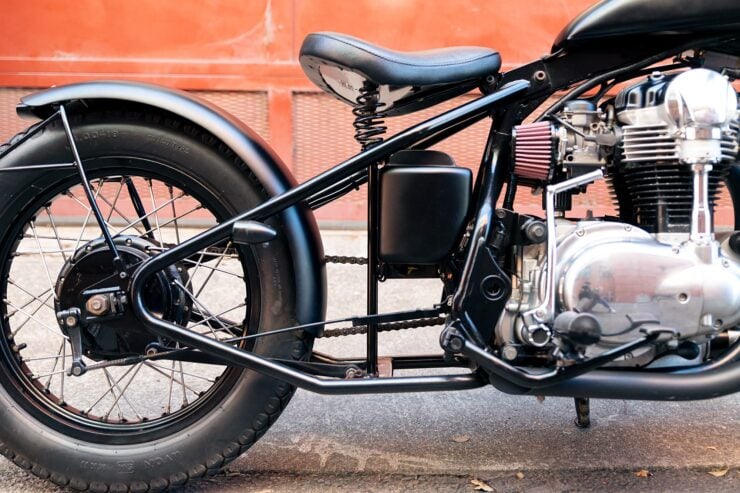 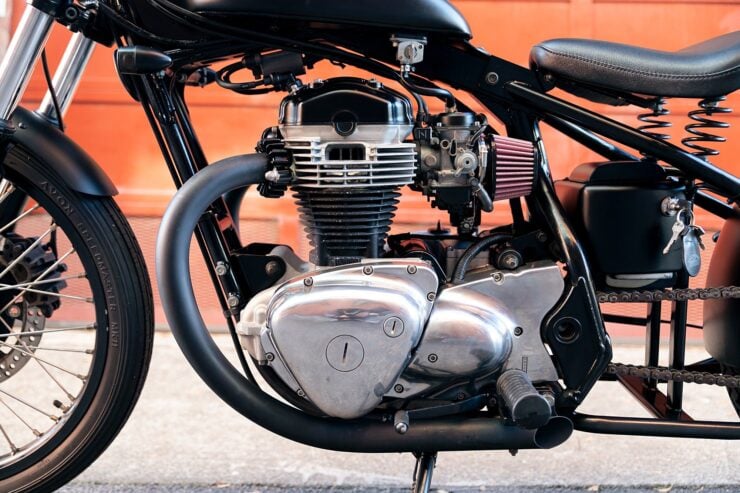 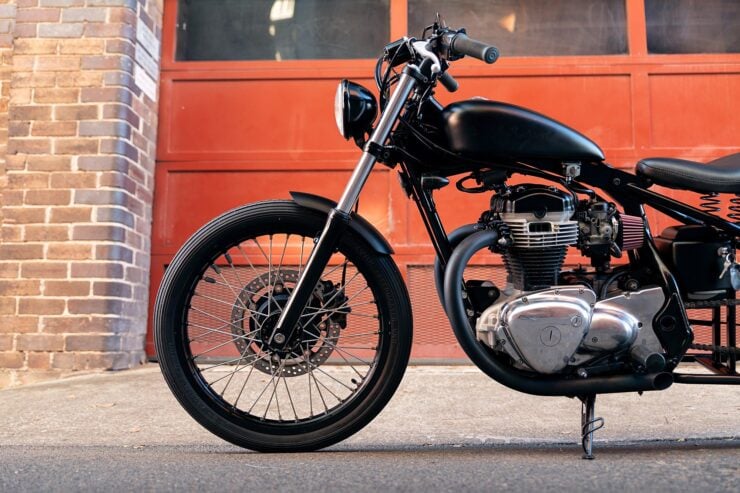 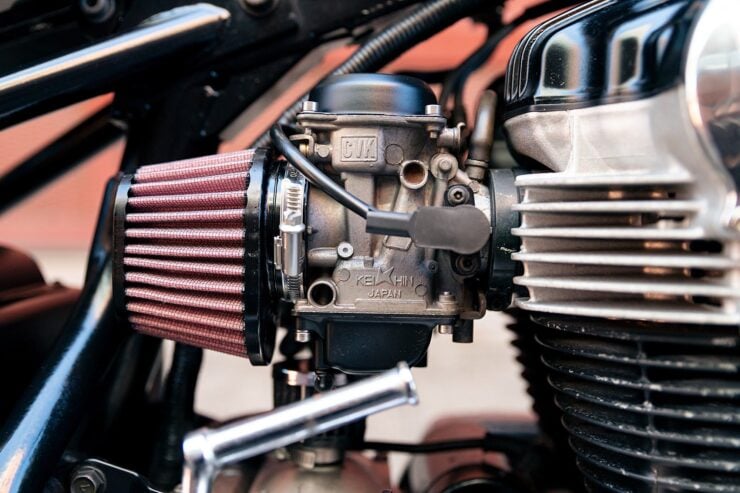 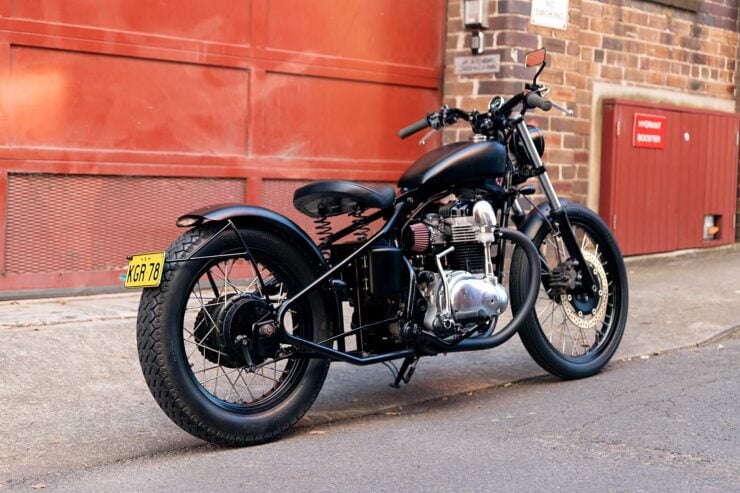 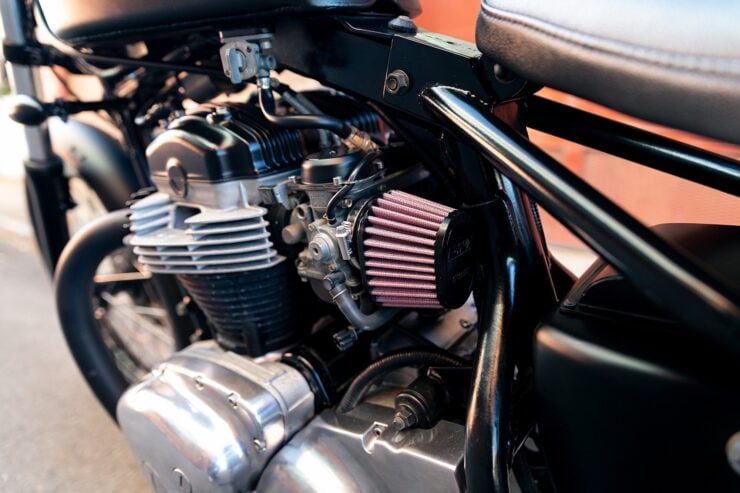 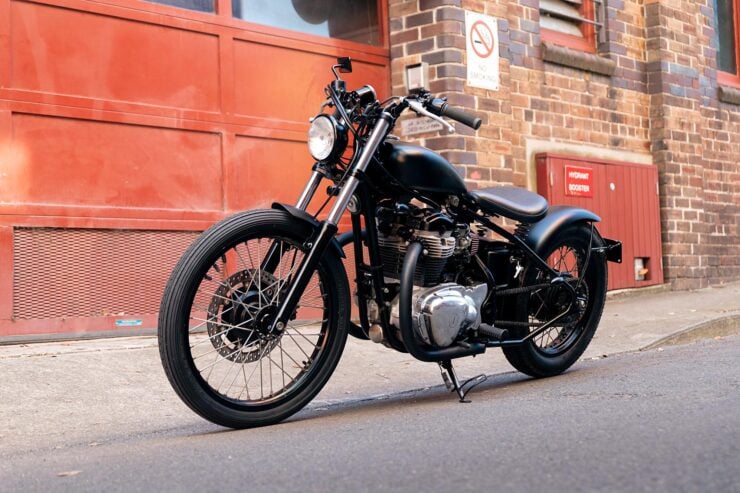 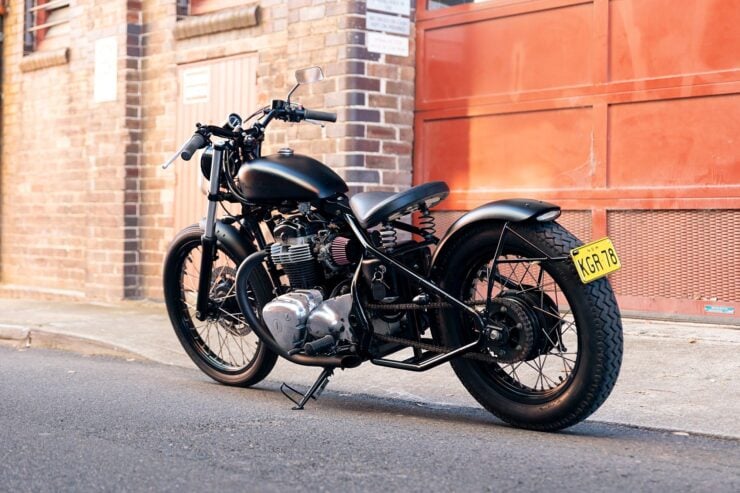 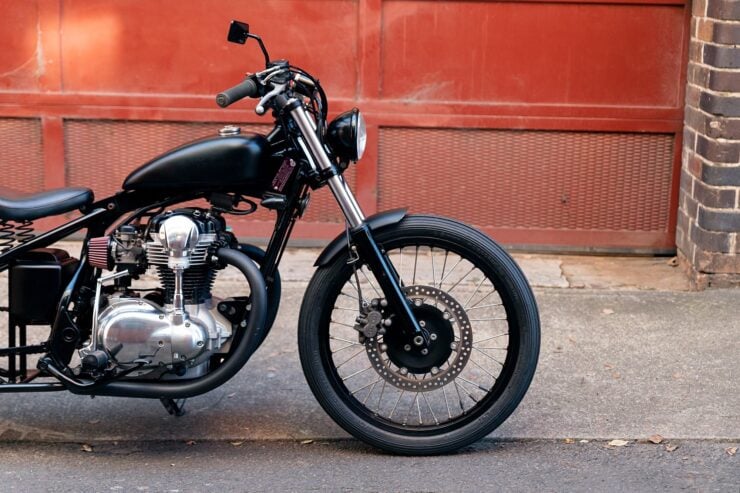 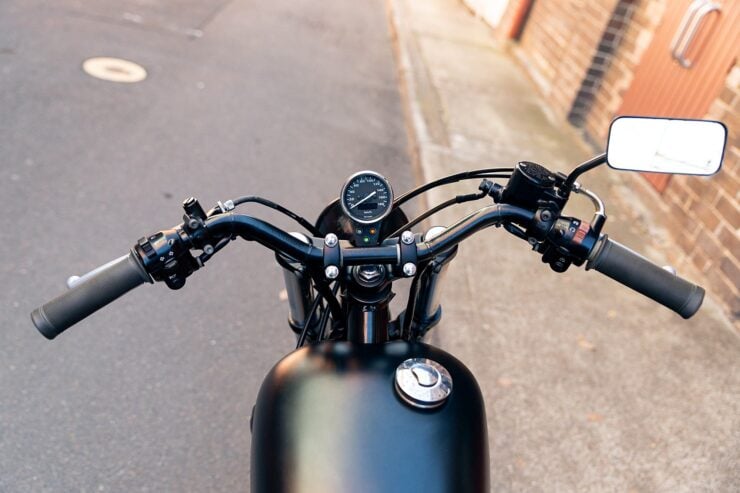