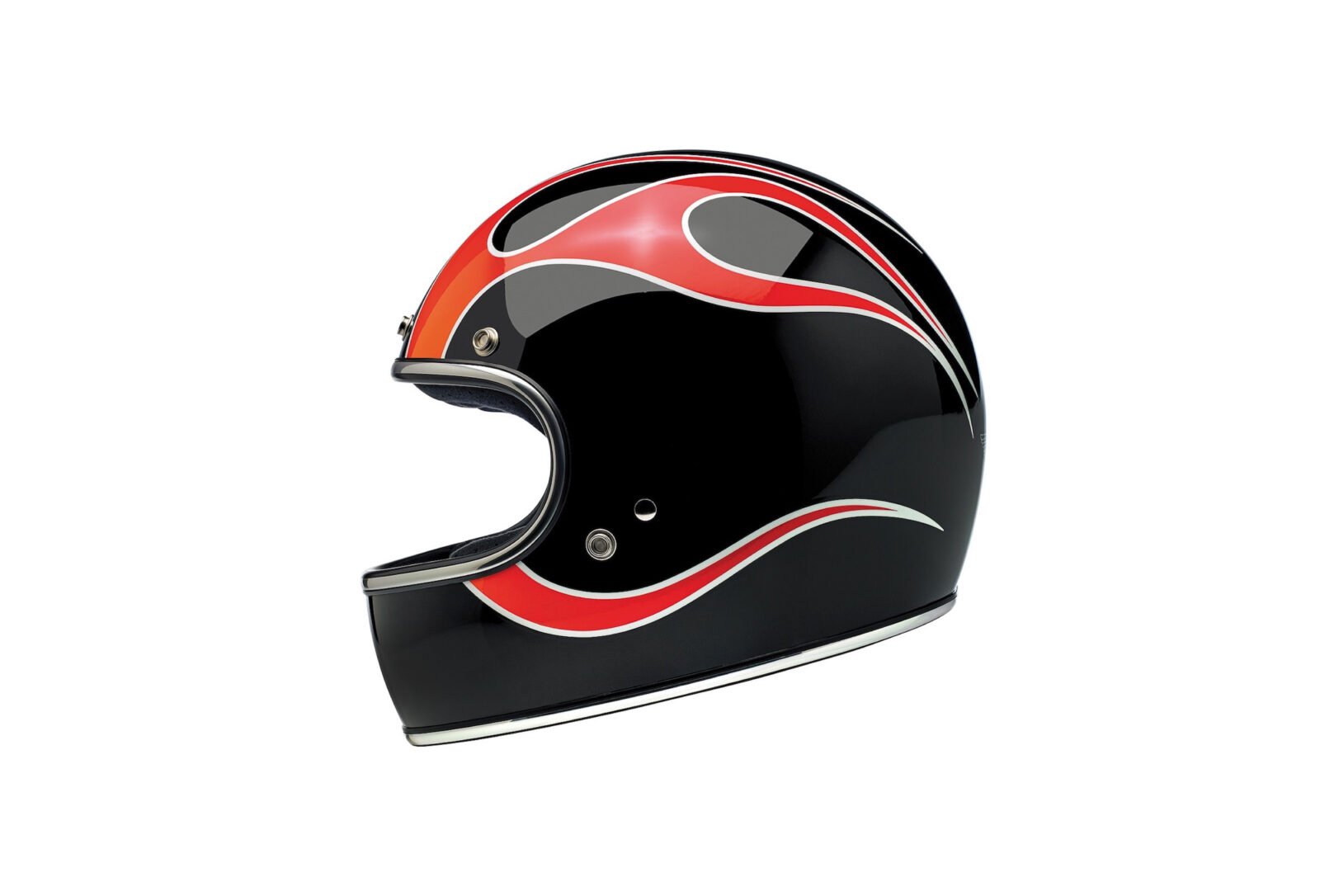 The Biltwell Gringo has long been a favorite for those seeking a classic full face motorcycle helmet built to modern safety standards, but up until now it’s only been available as a DOT certification level helmet.

Helmets built to DOT safety standards aren’t usable in Europe, Japan, Australia, and many other world markets – but the European ECE 22.05 helmet safety certification is acceptable in many of these countries due to the fact that it’s so stringent in its testing parameters.

The Gringo is offered in two major versions, each with a broad number of shell colors and patterns. The iterations are the “Gringo” (shown here) and the “Gringo S” which has a built in flip-up visor. As with the vintage full face motorcycle helmets of the 1970s the Gringo has no vents, ports, fins, or affectations – just a smooth shell that relies on the neck and face openings for ventilation.

Each Biltwell Gringo has a modern seamless ABS outer shell with a shock absorbing EPS inner shell, with a removable hand-sewn, diamond-stitched liner, and a double D-ring chin strap.

This new series of ECE-certified Biltwell Gringos come with DOT certification also, and they’re available in 10+ colorways including the Dice Flames variant shown here. They’re available to pre-order now with deliveries expected in November, and pricing starts at £149. 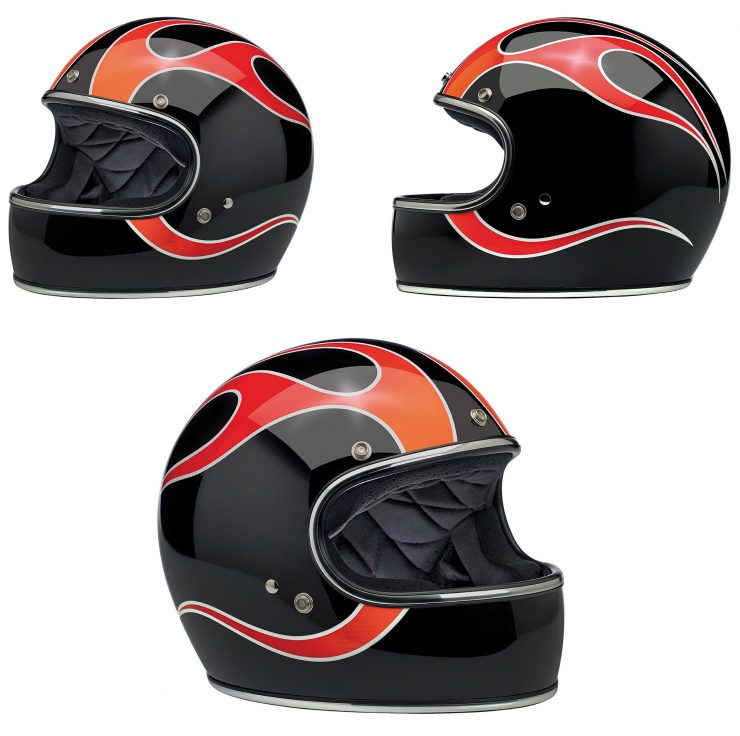 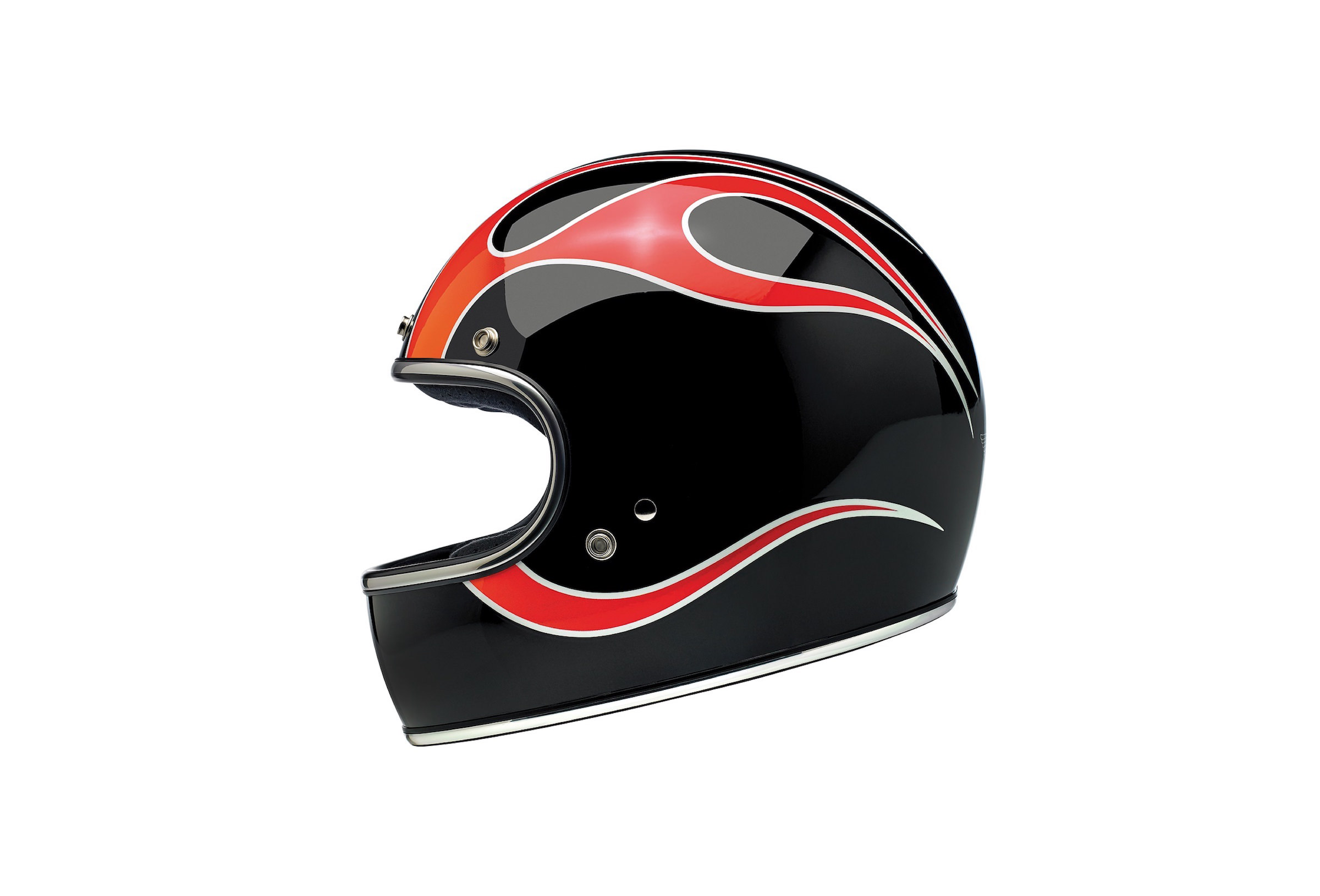