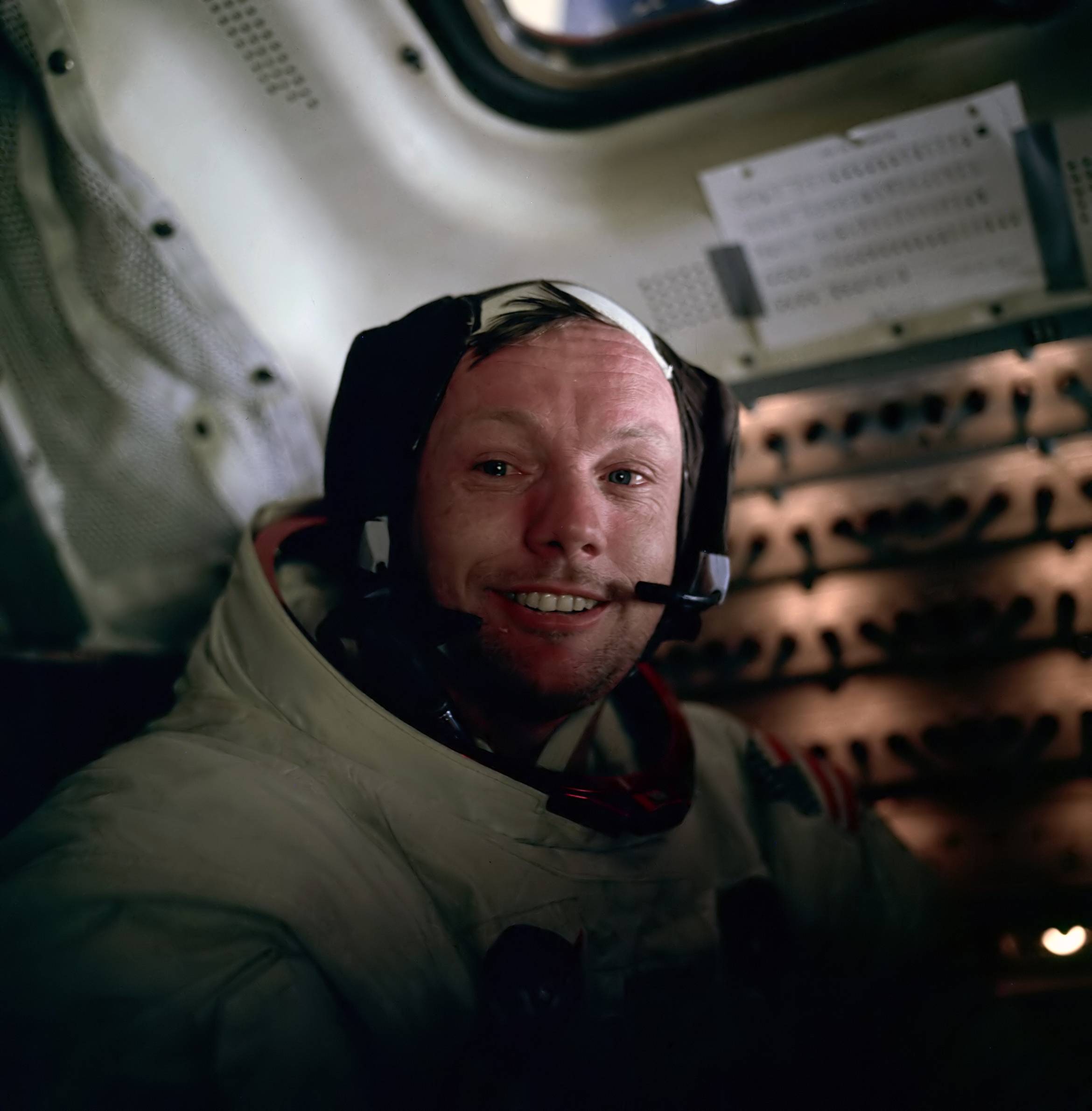 This picture shows Armstrong after his first moon walk, he had tears in his eyes from the experience and a look of genuine happiness. This is the highest resolution image we could find and if you click it, it’ll load the large version.

Rest in peace Neil and thanks for the adventures.