Bob Dylan and the Triumph Tiger 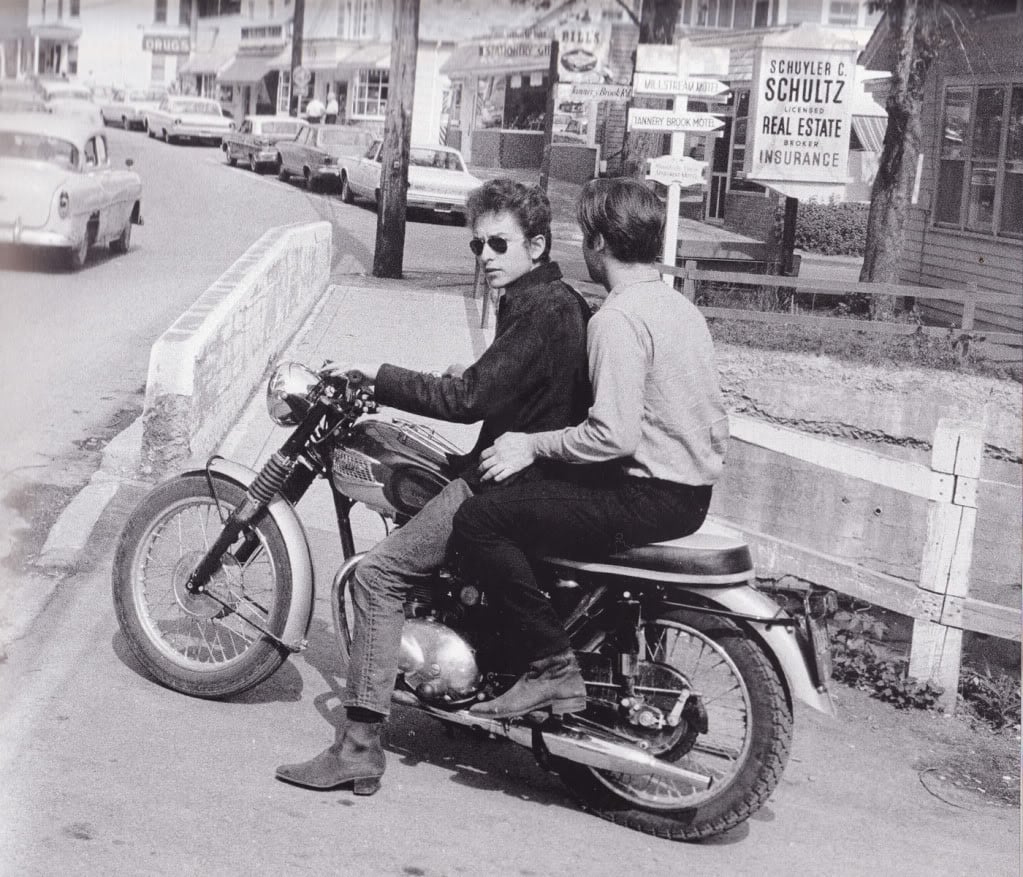 Bob Dylan spent much of the mid-60s on his beloved Triumph Tiger 100SS on the roads near his home in Woodstock, New York. He had a low speed accident on the 29th July 1966, there is some mystery surrounding the accident as an ambulance was never called and Dylan was never hospitalised, it was later reported that he fractured a few vertebrae in his neck and had some facial abrasions but the veracity of these rumours was never confirmed.

Dylan dusted himself off after his accident and never stopped riding, he was photographed last year around the date of his 70th birthday in the saddle of a large, delightfully retro Harley-Davidson.