This is an original US Navy Seal Riverine Assault Boat, or simply a “RAB” for short. It’s powered by twin diesel engines with Hamilton H292 Waterjets giving it a top speed of 40+ knots with only a 2″ draft, and amongst other things the eBay seller is suggesting that it might make a good fishing or duck hunting boat.

When new, the US Navy Special Warfare (SWCC) Riverine Assault Boat (RAB) cost the US government $1.4 million apiece. For that money they received an armored high-speed vessel bristling with machine guns, state-of-the-art navigation equipment, and surveillance gear for use by the Navy Seals.

The RAB or “Riverine Assault Boat”

Officially known as the United States Navy Sea, Air, and Land (SEAL) Teams, the Navy SEALs were founded in 1962, however modern SEALs can trace their heritage all the way back to WWII – much like their British contemporaries, the SAS and SBS.

Above Video: This short film shows the RAB in action, at the beginning you get a good idea of just how quiet the engines are (before the music starts).

Although they’re perhaps best known for their aquatic abilities, the Navy SEALs are trained to operate in maritime, jungle, urban, arctic, mountainous, and desert environments with equal ability. The SEALs have had a few mottos over the years, the best known of which is “The Only Easy Day Was Yesterday.”

The Riverine Assault Boat or RAB was developed specifically for use by US Special Forces, no expense was spared in its construction and the resulting vessel features a fully armored hull, a quiet Hamilton jet propulsion system, belt-fed machine guns all round, a sophisticated electronic navigation system, and a total range of 250 miles.

Power is provided by twin Yanmar diesel engines powering Hamilton H292 Waterjets, this results in surprisingly quiet operation and amazingly the vessel can stop within a single boat length if required – just make sure everyone is holding on tight so they don’t end up embedded in a river bank like Wile E. Coyote.

The company selling this RAB are offering it on its trailer, a BoatMaster RTT triple-axle rough terrain trailer, and the OshKosh MTVR 7 Ton 6X6 truck is available to buy separately if you need something to haul it with. 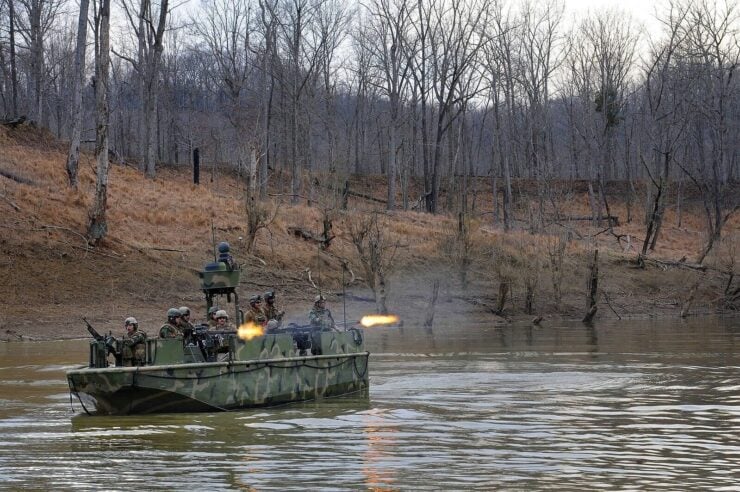 When fully equipped with weapons the RAB is bristling on both sides with belt-fed machine guns, the armored hull helps to protect the occupants from return fire.

The RAB is 33 feet long and it was built in 2008, the eBay seller helpfully notes that it would make a good duck hunting or fishing boat, this may be overkill depending on how well armed the ducks are in your local area.

It’s also noted that it might make a good tourism or party boat, this may be a better use for it as it’s not hard to imagine people lining up for an afternoon on an armored Navy SEAL jet boat with pinacoladas.

The original $1.4 million dollar price tag puts the RAB well out of the reach of all but the most well-heeled of boating enthusiasts, however this refurbished example is being sold for $395,000 USD – $1 million less than it cost Uncle Sam originally.

If you’d like to read more about it or make an offer, you can click here to visit the listing on eBay. 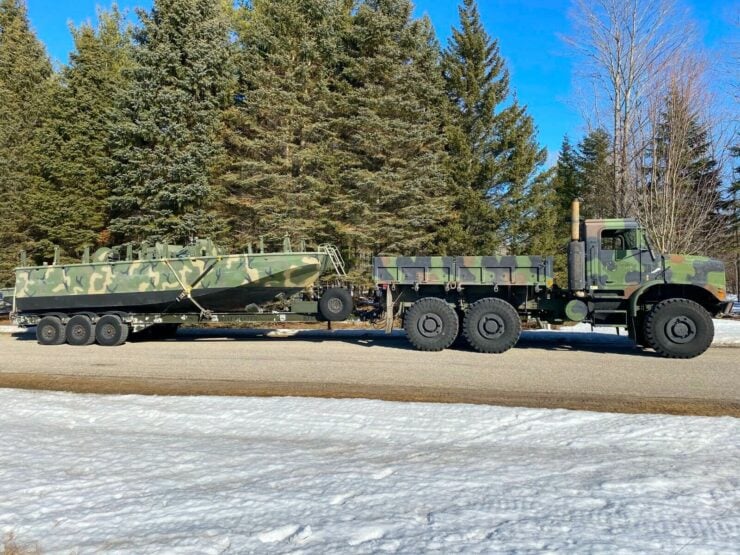 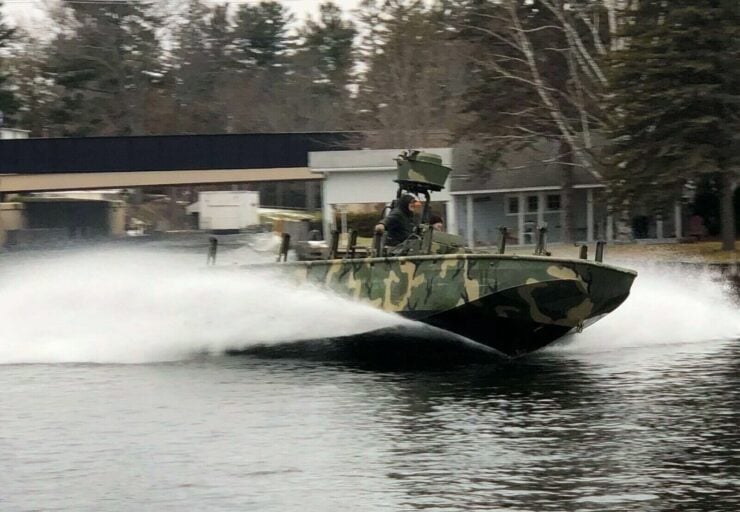 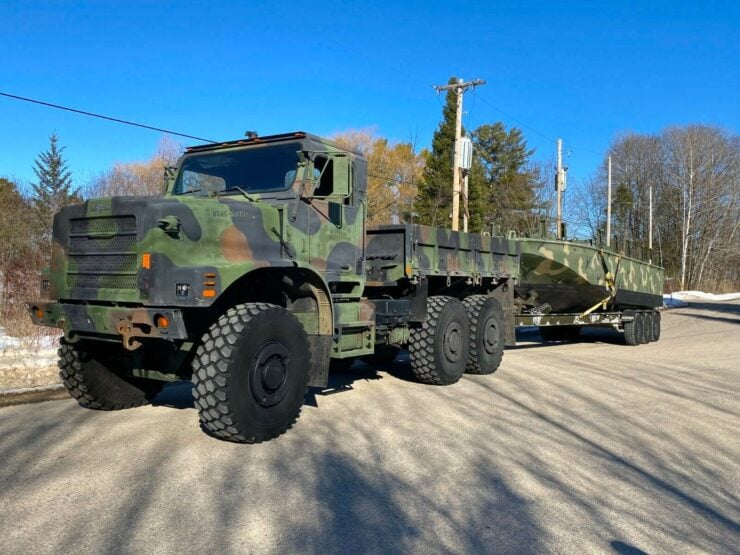 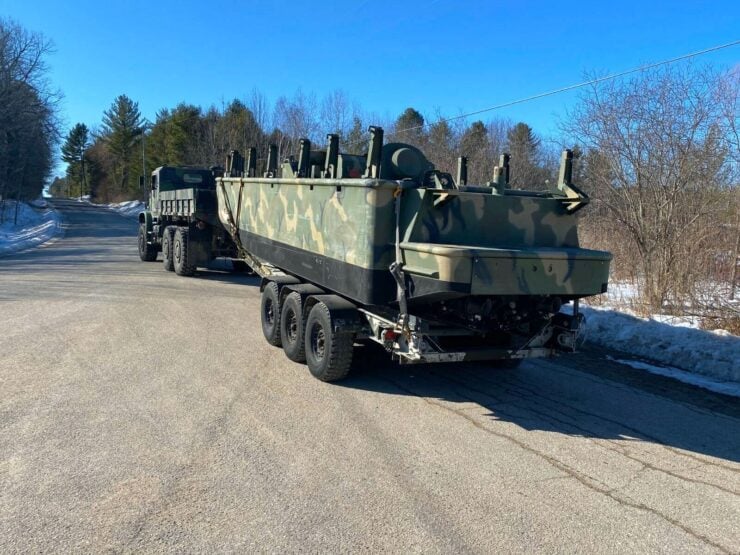 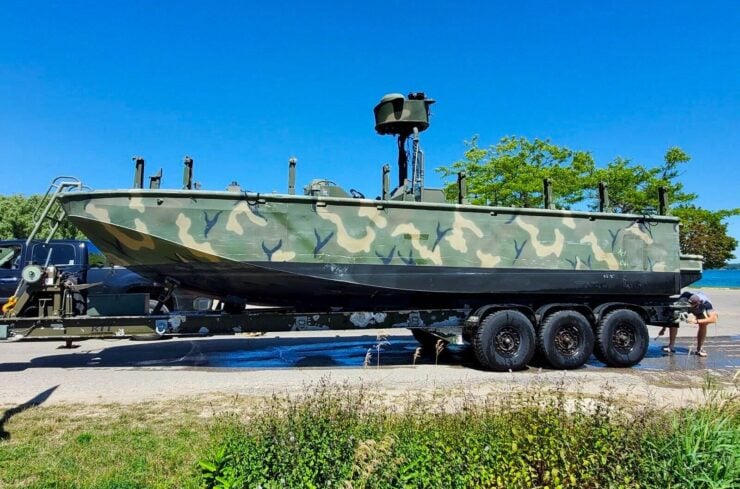 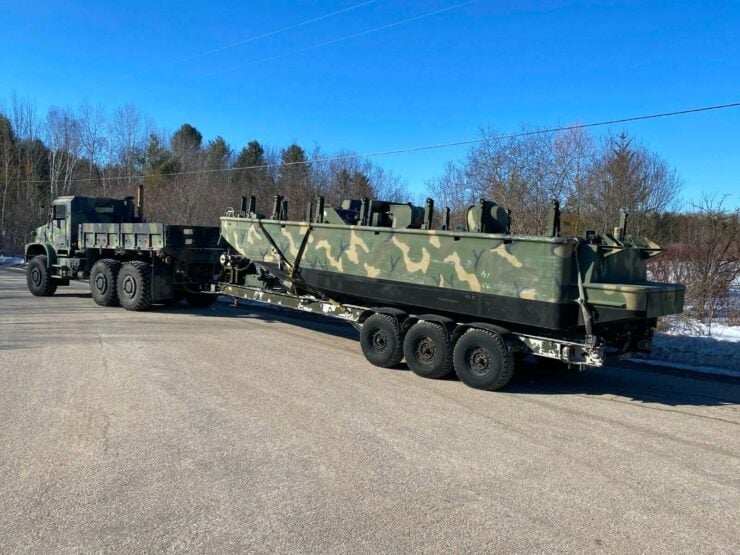 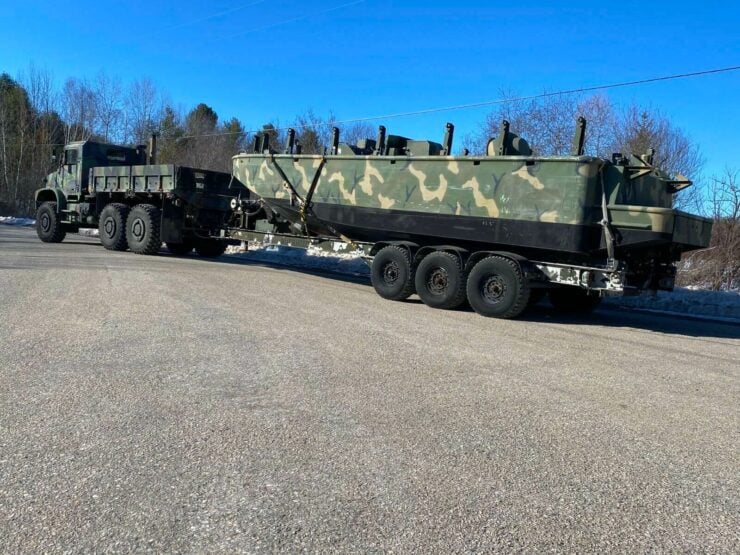 Special thanks to John M. for sending this one in.