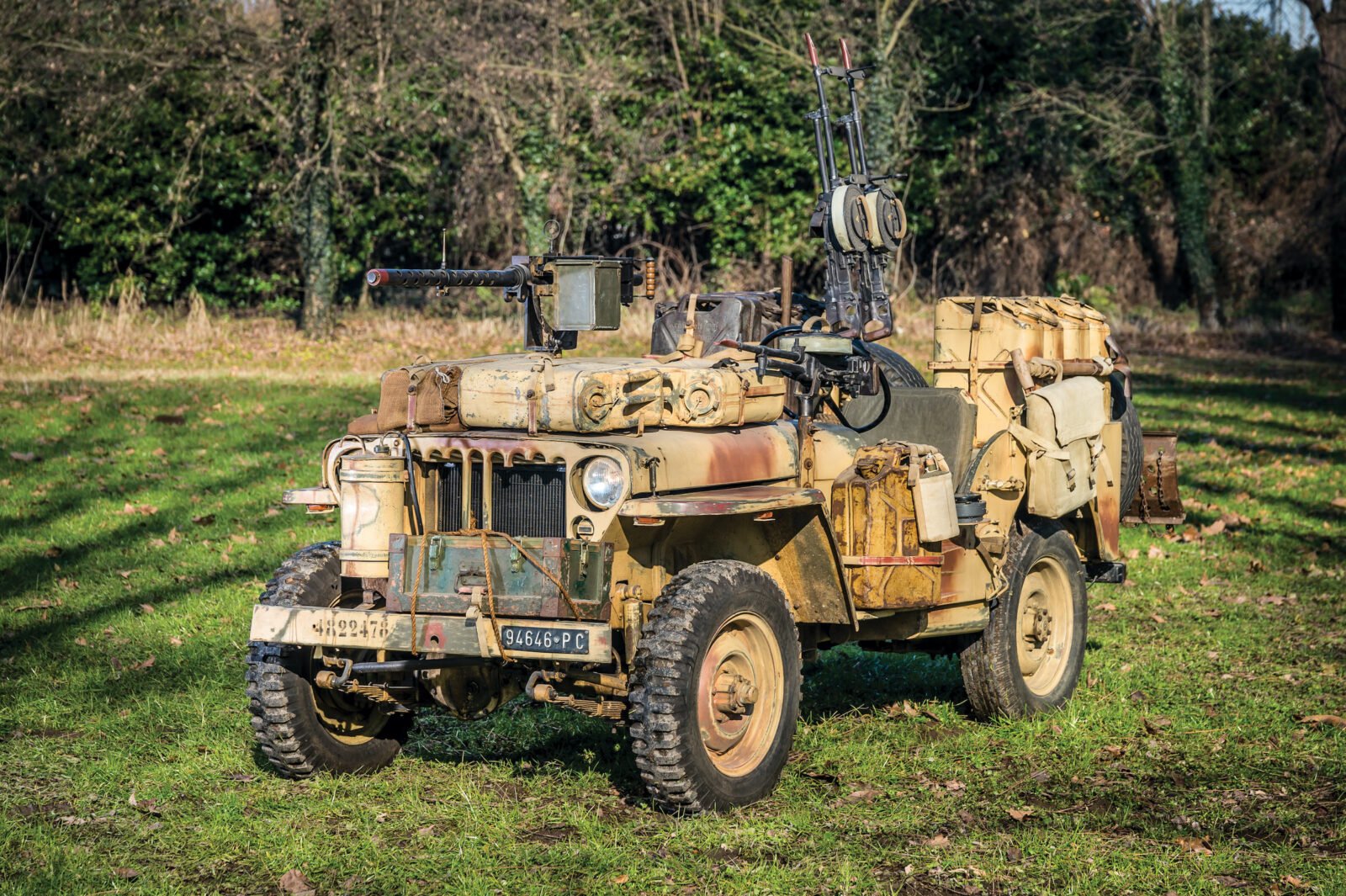 This Ford GPW was discovered in the Tunisian desert of North Africa along with a horde of abandoned military vehicles, shortly after it found was sent to Italy for a full restoration.

The vehicle’s VIN indicates that this is from the second batch of vehicles built for the Quartermaster Corps of the US Army, it saw action as a desert combat vehicle during WW2 in the brutal desert climate of North Africa – its history between this time and the time it was discovered are lost to history.

The design of the Ford GPW came about because of a three-way battle for the lucrative military contract for WW2. American Bantam was the first to produce both blueprints and a fully-functioning vehicle for testing, the US government then sent the blueprints to both Willys Overland and Ford who were creating their own lightweight 4x4s. 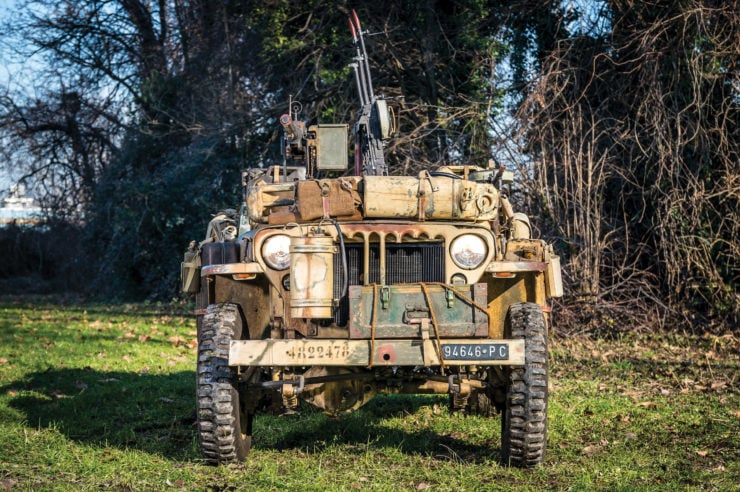 Initially, orders were placed for all three designs however it was decided that the Willys was the best overall option due to its more powerful “Go Devil” engine. Ford was tasked with building the Willys design with they did with the Ford GPW – though many subtle differences between the GPW and the Willys MB existed. The name “Jeep” is largely thought to have come about by troops shortening the “GPW” name into just “GP” and from there to “Jeep”.

Jeeps were one of the single most important vehicles of WW2, in fact President Eisenhower later called it “one of three decisive weapons the U.S. had during WWII.” Jeeps were also supplied to Allied forces including Britain, Australia, New Zealand, Canada, and Russia – after the war Jeeps would also inspire both the Land Rover and Land Cruiser, as well as probably every other civilian four-wheel drive vehicle of the era.

The Brits made good use of their Jeeps, a number of them were assigned to the newly formed SAS regiment (Special Air Service), there United Kingdom’s premier special forces unit that tallied a number of vital and daring raids behind enemy lines during WW2 and in the decades after. 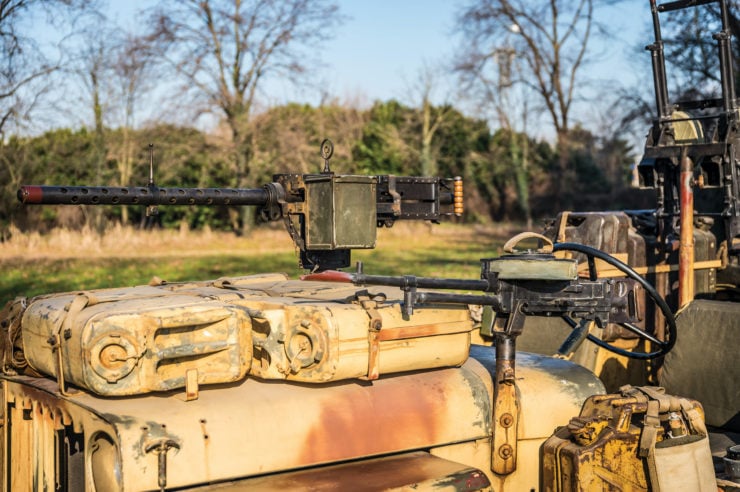 The SAS made use of specially prepared Jeeps in the critical North African theatre of war, the Ford GPW you see here has been built to the specification used by the British special forces unit during the war including a battery of firepower headed by a Browning machine gun.

Due to the nature of the behind enemy lines raids performed by the SAS they typically needed a lot of fuel, firepower, and equipment. This Jeep has a slew of jerry cans mounted front and back for both fuel and water as well as the aforementioned armaments and equipment.

Some desert Jeeps (like this one) had their grilles cut to get more airflow through the radiator, many Jeeps were modified by soldiers throughout the war and as a result the vehicle was able to fulfil a wide range of duties it wasn’t originally designed for.

This unusual SAS-Specificaton 1942 Ford GPW is due to roll across the auction block with RM Sotheby’s at the Essen Auction in late June, it’s being offered with no reserve and there’s currently no price guide. If you’d like to read more about it or register to bid you can click here to visit the listing. 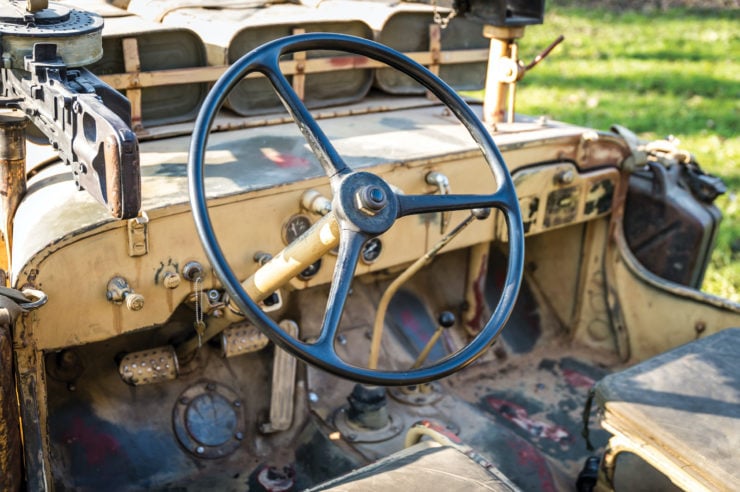 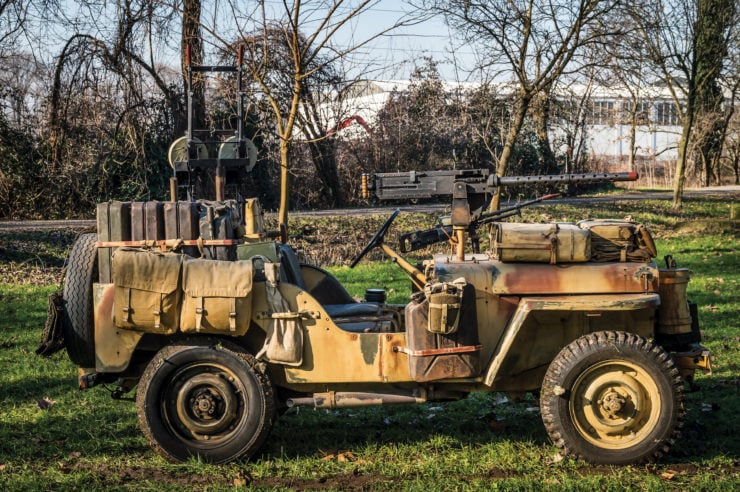 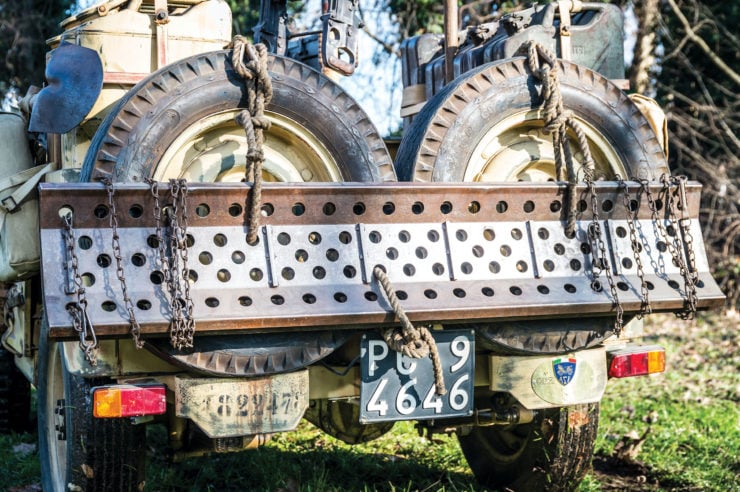 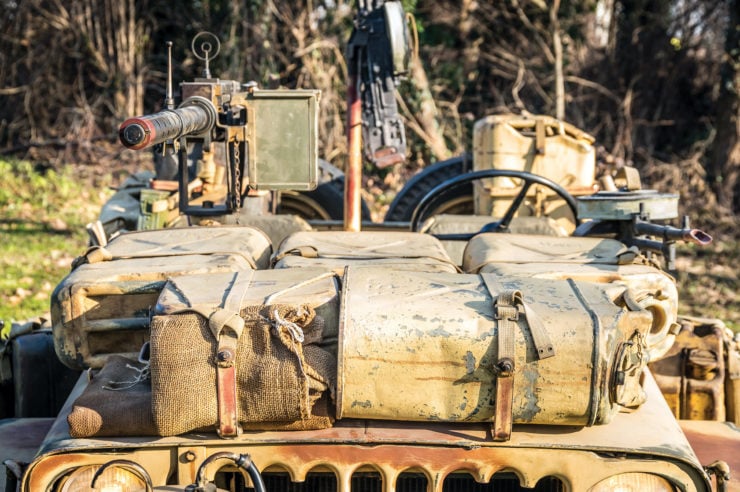 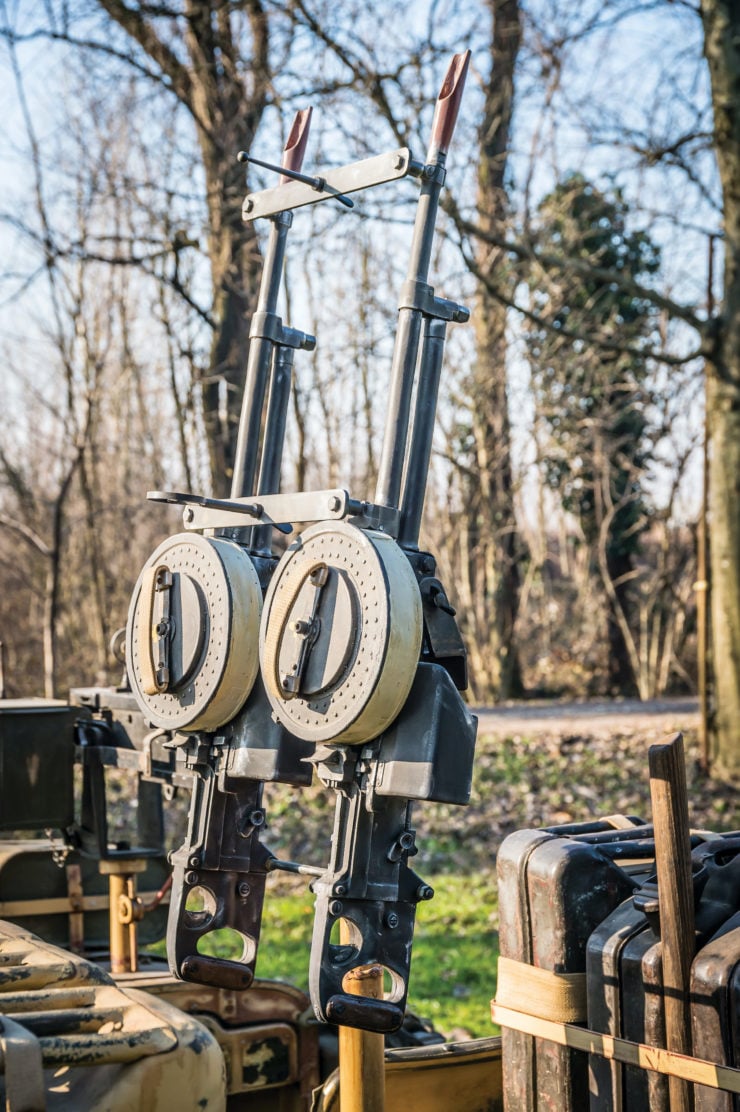 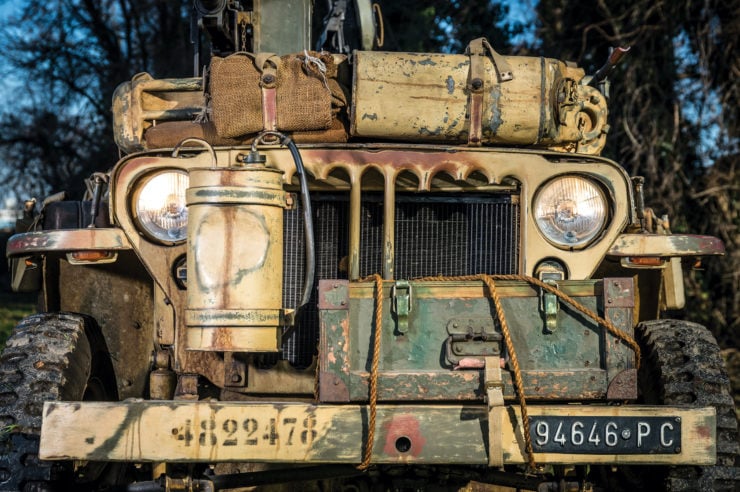 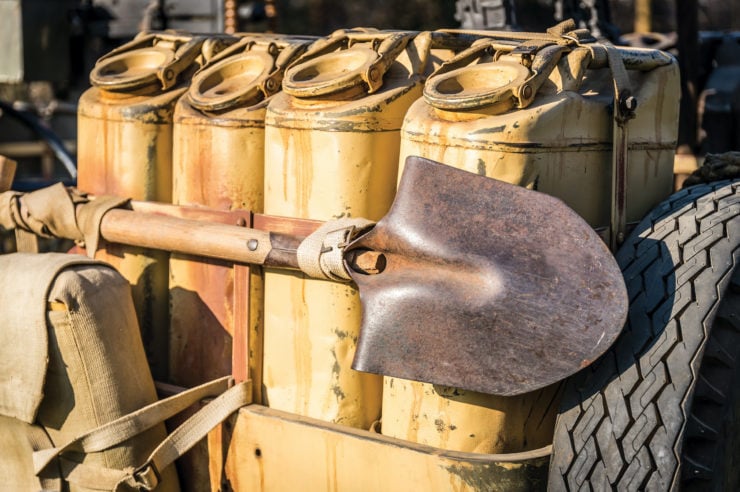 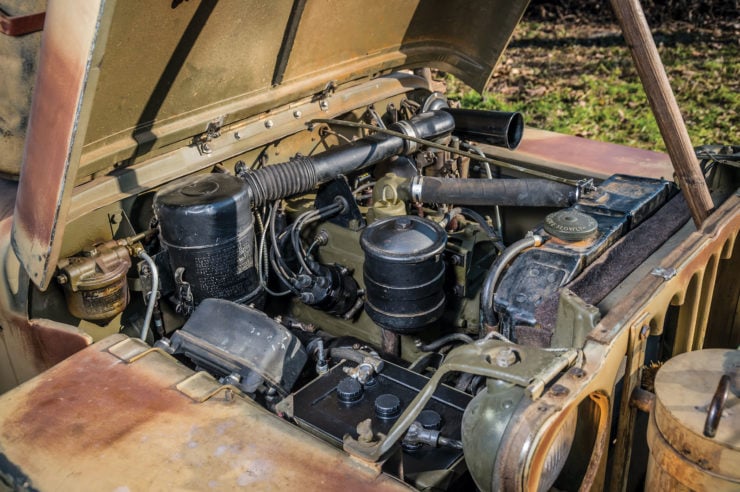 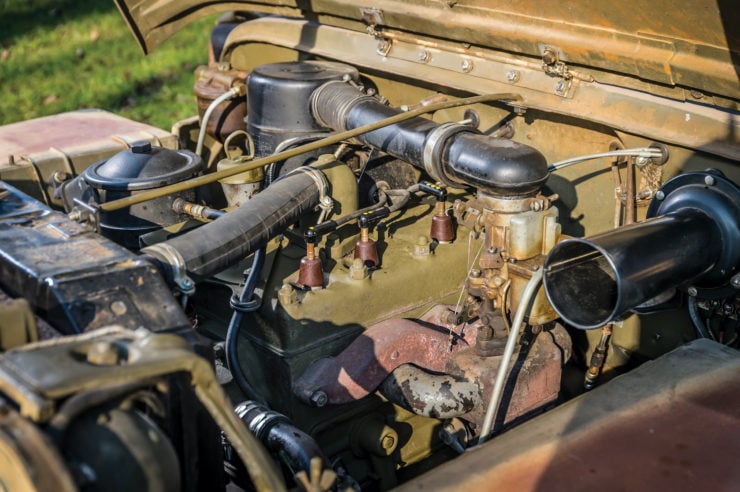 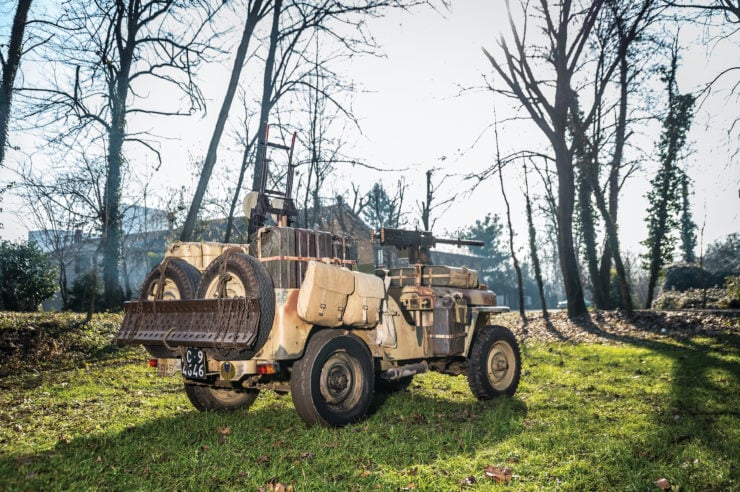 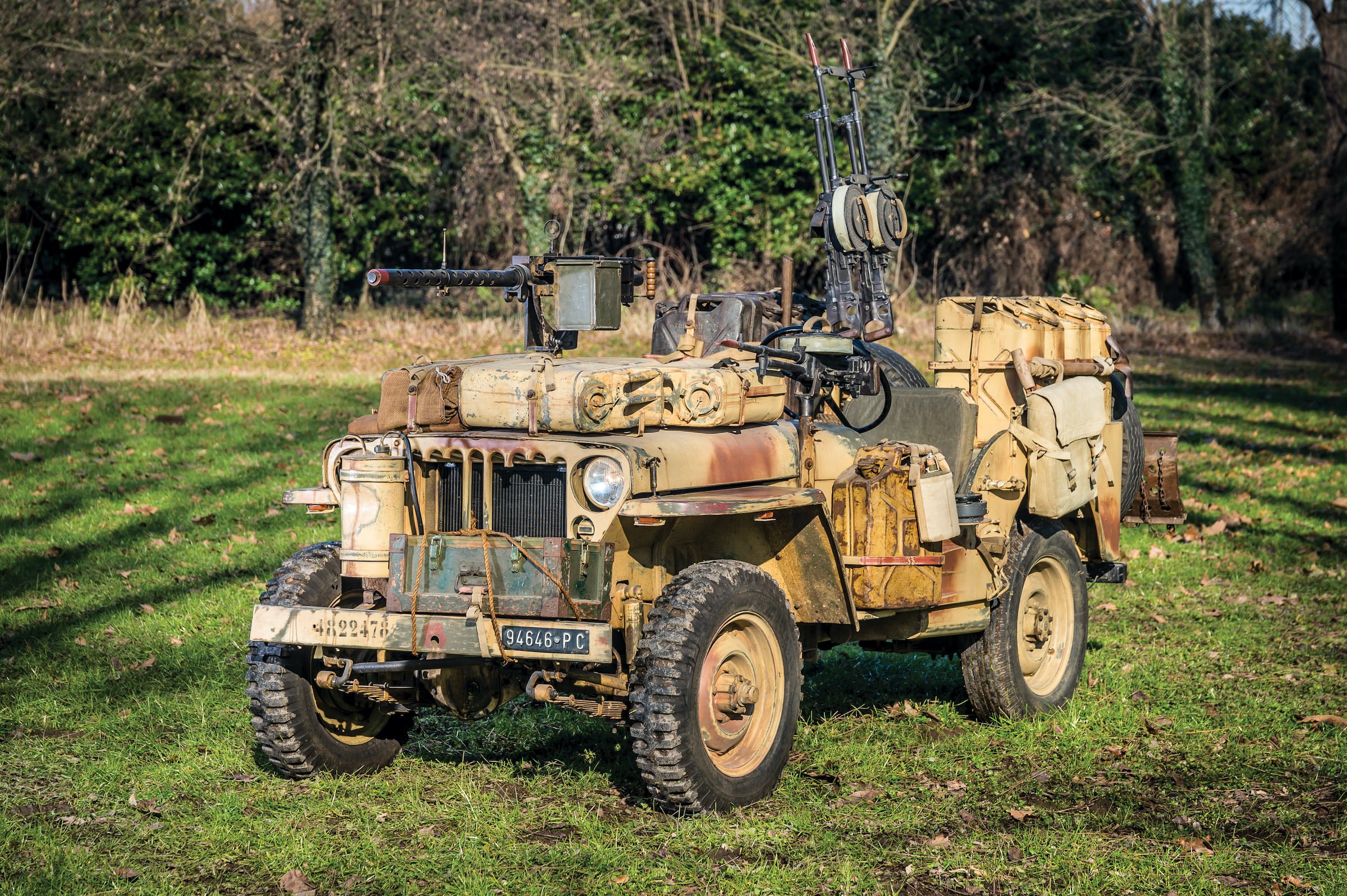