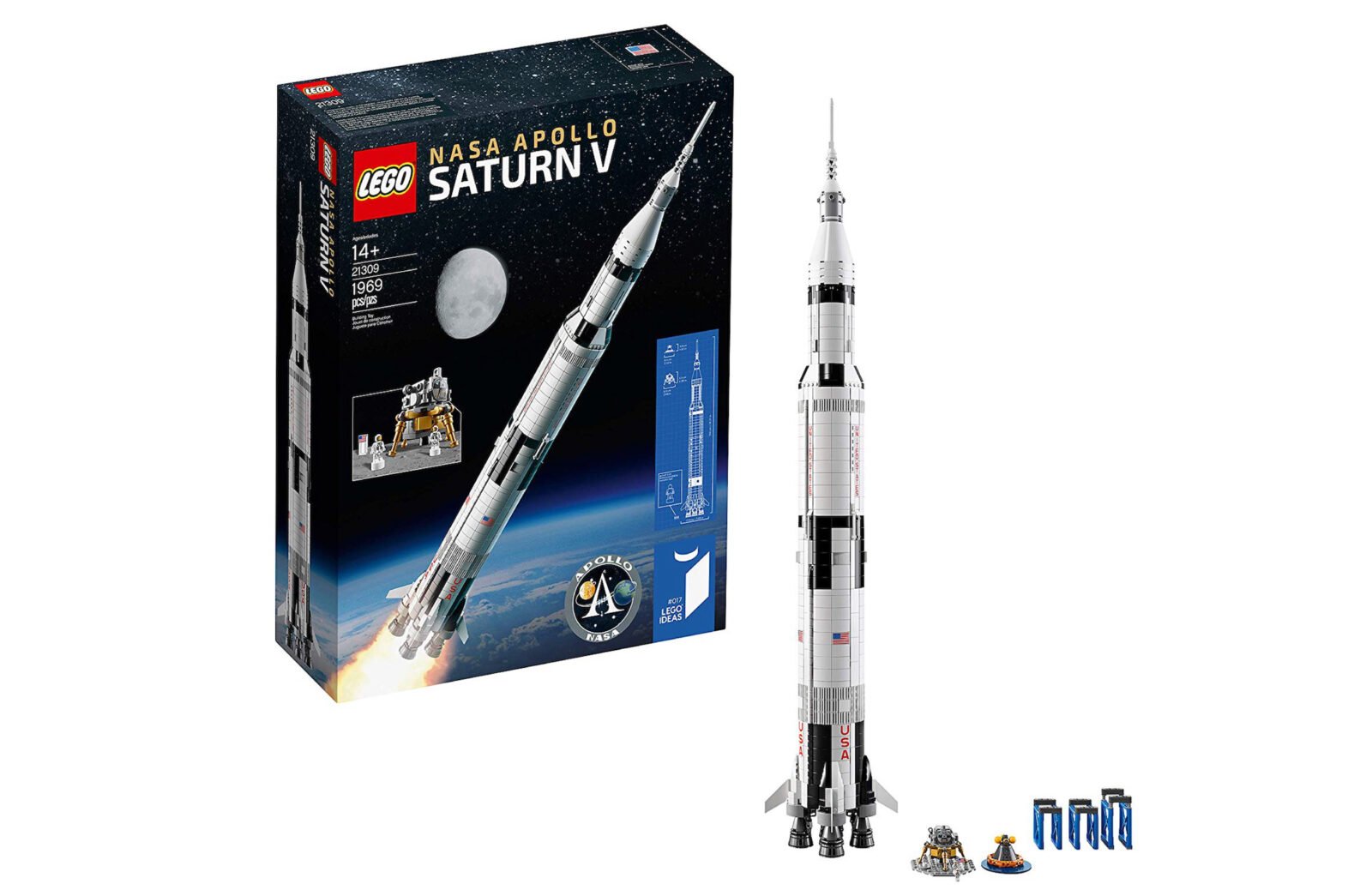 The NASA Apollo Saturn V Rocket Building Kit is over 1 meter high (3.2 feet or 39 inches) when fully assembled, impressively it has a removable first and second stage that contain a model of the Lunar Module (Eagle) and a model of the Command Module.

The Apollo missions took man to the Moon for the first and only time, no one has returned since, although plans are afoot to send humans back to the Lunar surface in coming years.

The project to design and build the Saturn V rocket was one of the most complex engineering tasks humanity had ever undertaken. Each ready-to-launch Saturn V rocket cost $1.16 billion in 2018 dollars ($185 million at the time), they weighed in at 6,540,000 lbs, and were 363 ft high.

This Lego kit does a remarkable job of recreating the now legendary rocket, the attention to detail is excellent and the size of the completed model is impressive, though it’s only 1:110 scale when compared to the real thing.

Each kit comes with three small stands designed to display each of the three stages (either joined or separate), as well as the previously mentioned Lunar Module and Command Module, with the latter featuring deployed floats just as the real ones did after splashdown.

Although not cheap by Lego standards at $119 USD, the kit does make an excellent display piece and a great conversation starter for space geeks. 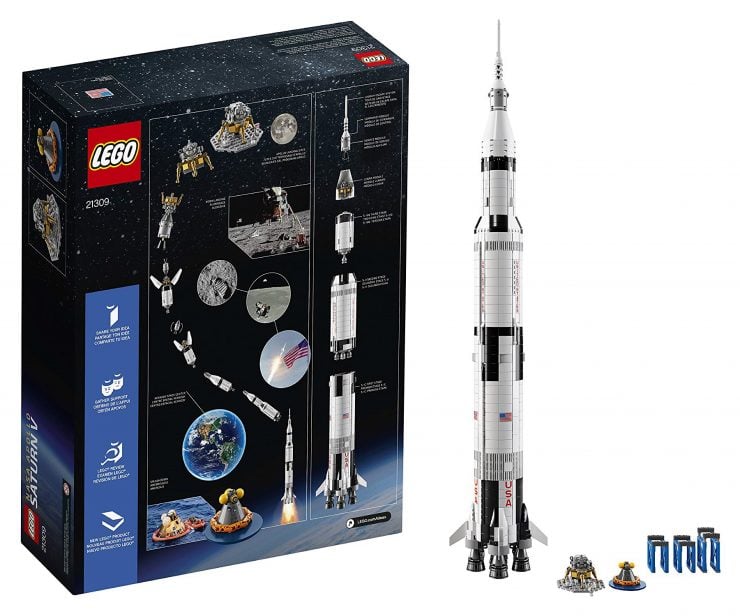 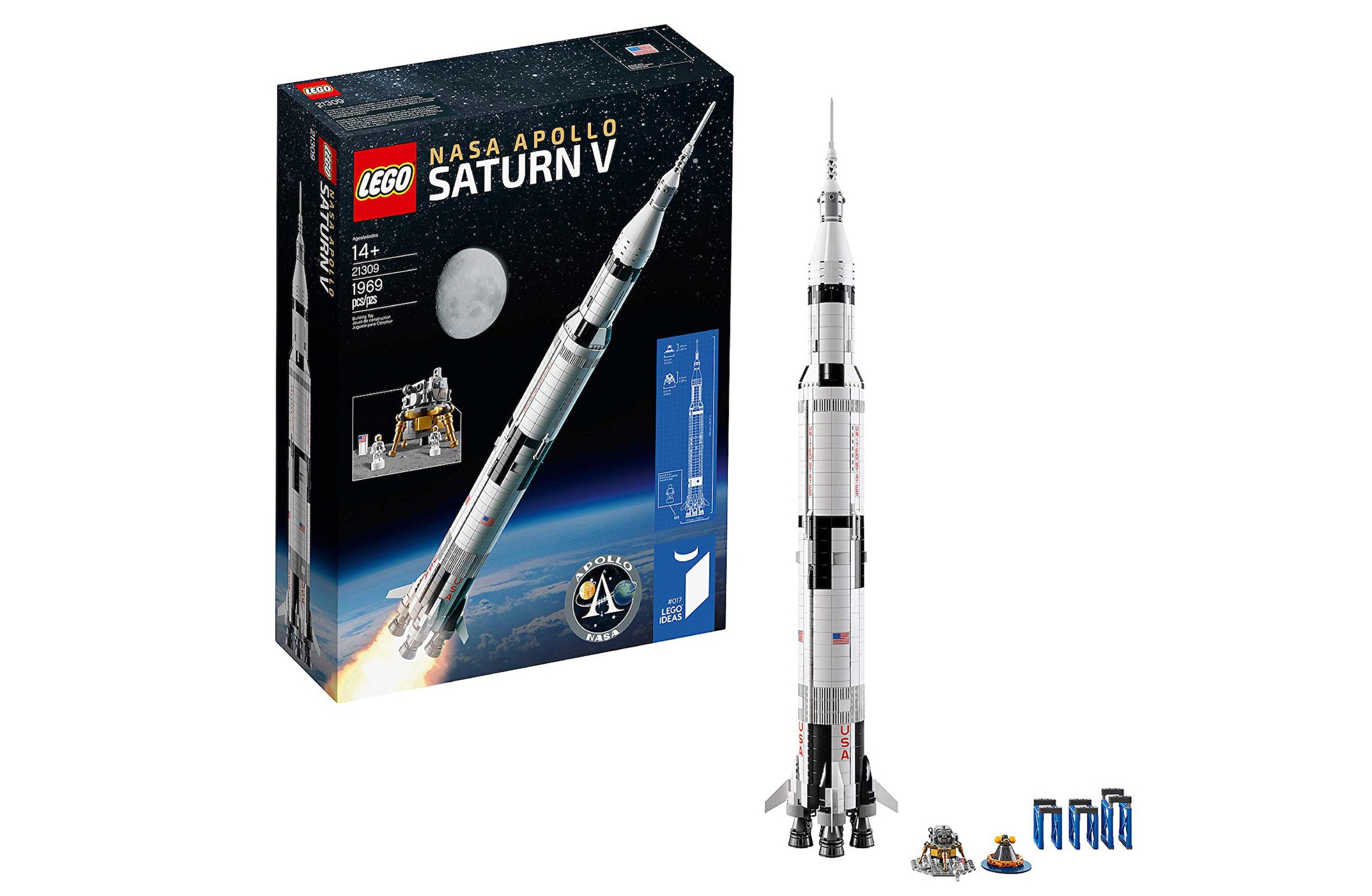