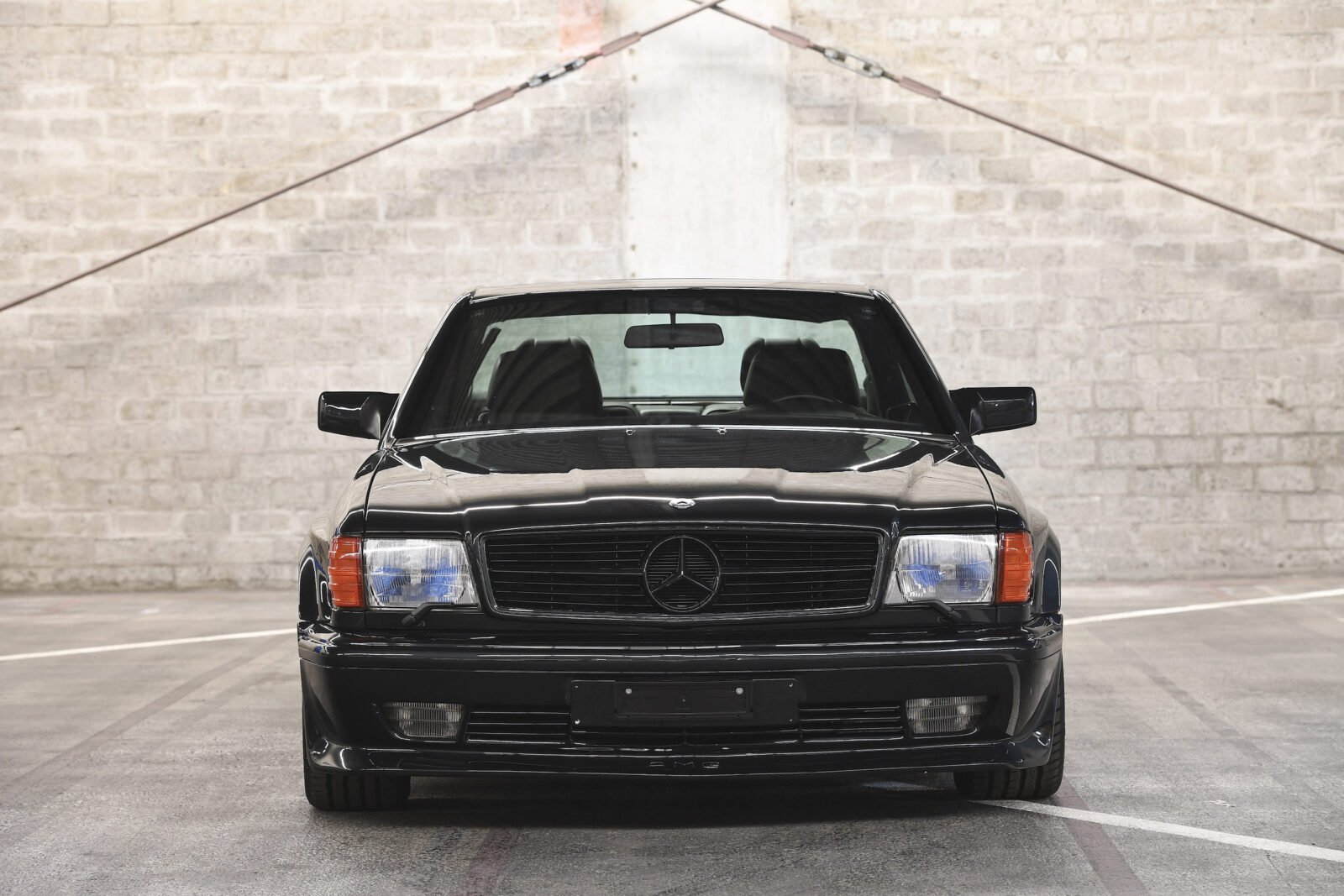 AMG was founded in 1967 by former Daimler-Benz engineers Hans Werner Aufrecht and Erhard Melcher, they donated the first letter of their surnames to the company name, followed by a “G” for Grossaspach – Aufrecht’s hometown. 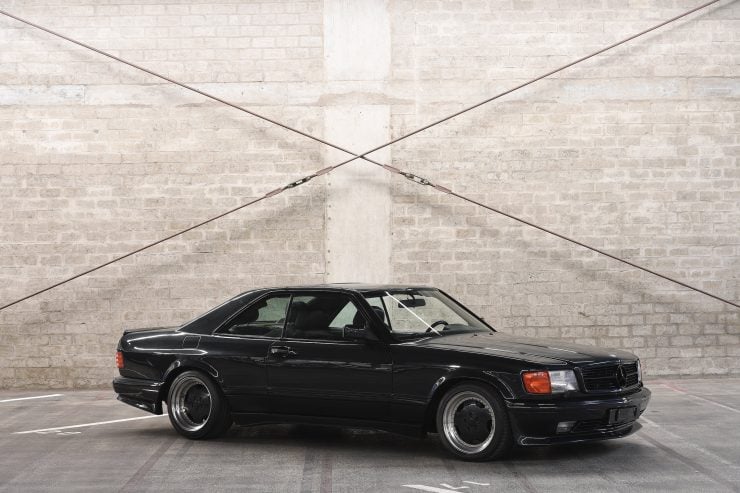 The company’s mission from the beginning was to modify engines and sell performance parts that clients could use to upgrade and enhance their Mercedes-Benz automobiles.

The first vehicle built in partnership between AMG and Mercedes was the AMG C36 introduced in 1993. Before this time AMG was an independent tuning company – albeit one that was friendly enough with Mercedes-Benz to have their modified vehicles sold directly through the official dealership network.

By 1999 Mercedes owned 51% of AMG, and by 2005 they had bought 100% and integrated the companies products into the official Mercedes product line. 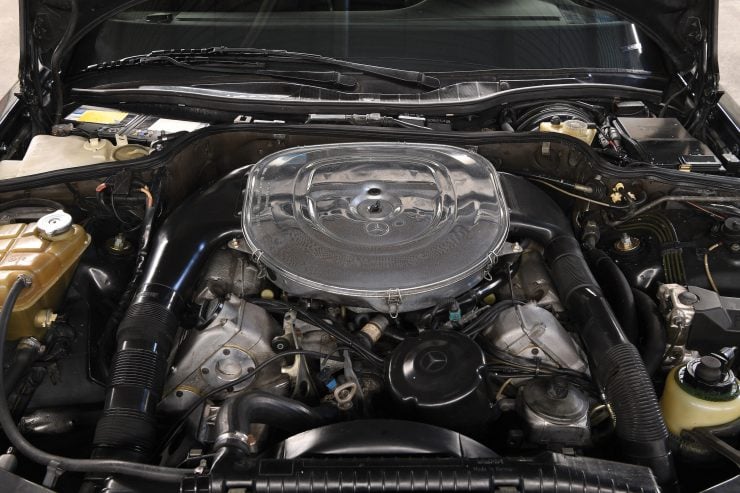 It had originally been intended that 100 examples of the Mercedes-Benz 560 SEC AMG 6.0 Wide-Body would be built – a significant number given the fact that each one would cost $200,000 in 1989 dollars.

By the time production ended just 50 or so had been manufactured, and today these cars are much sought after, both for their rarity and their fabled performance abilities.

Rather than just attaching a cold-air intake and a performance exhaust, the engineers at AMG swung for the fences when developing their version of the 560 SEC. The V8 engine was completely rebuilt with newly designed AMG heads featuring DOHC per bank and 32 valves, capacity was expanded from 5.6 litres to 6 litres. This modified V8 produced twice the torque at half the engine speed of the original 5.6 litre Mercedes-Benz engine. 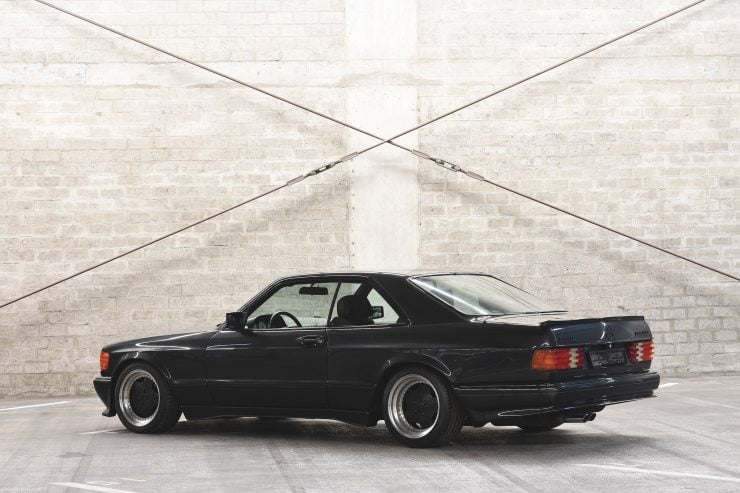 Modifications didn’t end in the engine bay, the team at AMG replaced the suspension with firmer, more performance oriented springs and shocks, and the four wheel disc brakes were replaced with larger and more capable units.

The most immediately noticeable changes to the 560 SEC AMG 6.0 is undoubtably the bodykit – flared wheel arches allowed the fitment of far wider wheels and tires, and inspired the car’s “wide-body” nickname.

Surviving examples of the car now gather crowds whenever they attend shows or cars and coffee-type events, they’re a firm favourite thanks to their muscular good-looks and the remarkable 385 hp V8 under the hood that developed a reputation for occasionally embarrassing supercars.

The 1989 example you see here spent its early life in Japan, it has paperwork on file documenting its low milage of just 27,731 km. The car received a full service in the UK in 2016 and it’s now due to be auctioned by RM Sotheby’s on the 6th of February in Paris. There’s currently no price estimate however recent examples that have sold at auction within the past 2 years for figures around the $150,000 mark – still a little less expensive that when they were new. 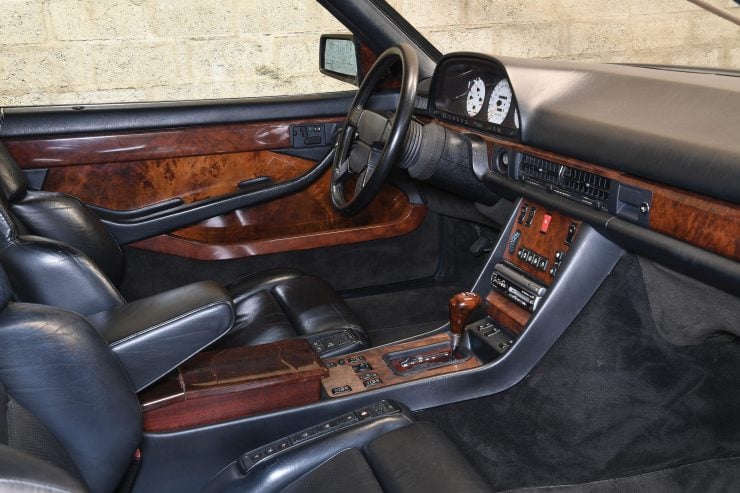 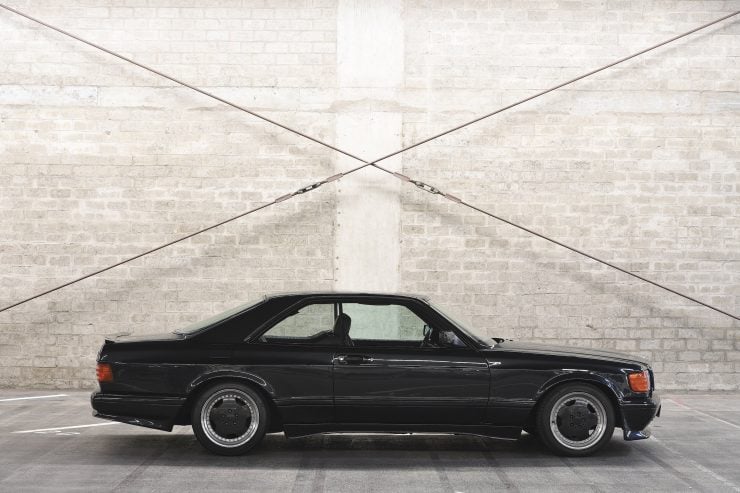 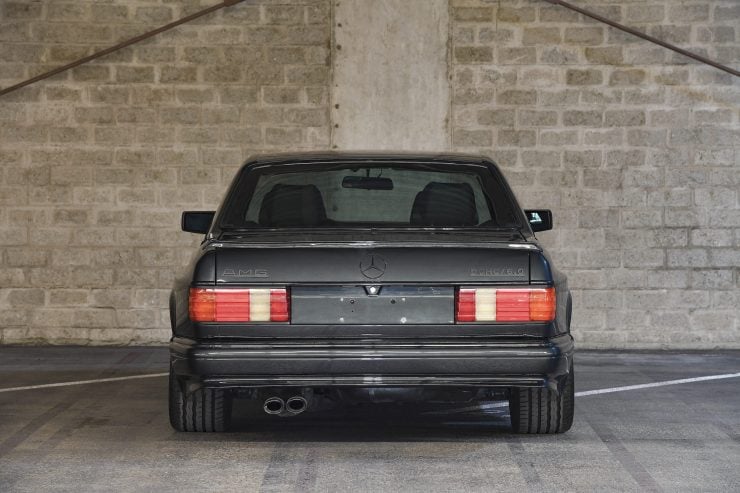 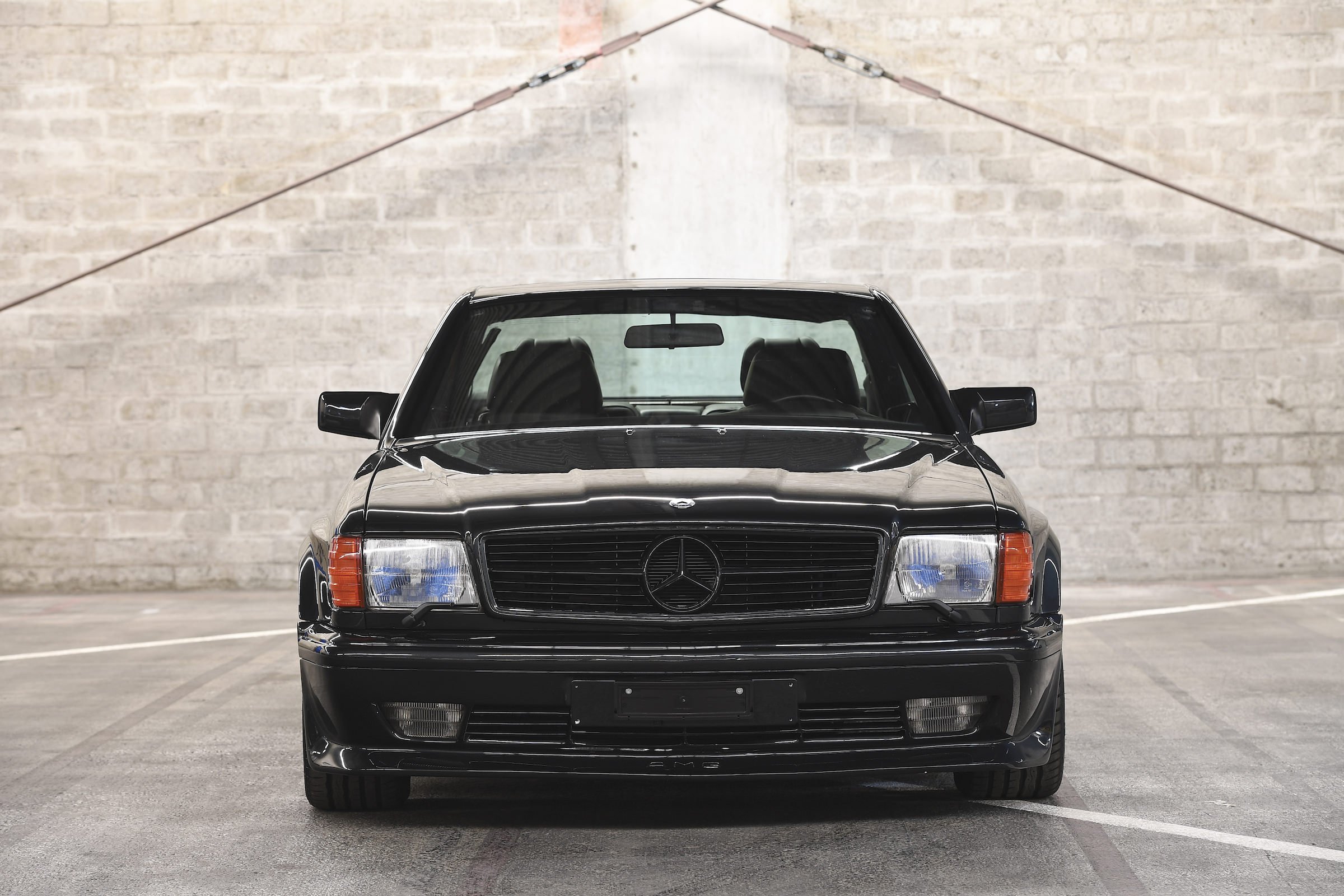