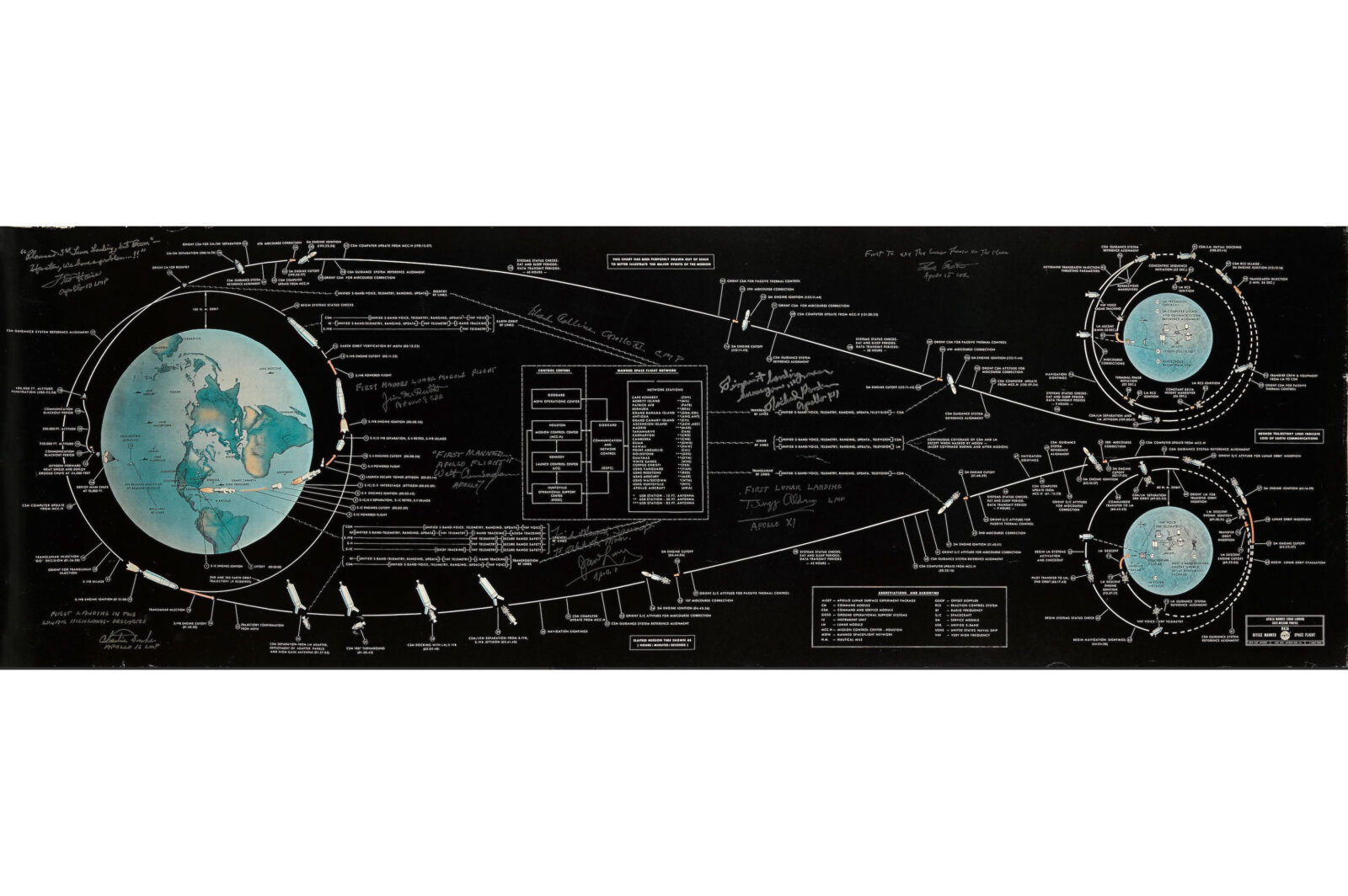 All of these men are famous of course, Buzz Aldrin and Michael Collins were on Apollo 11 and Aldrin was the second man to walk on the Moon – you can follow Aldrin on Twitter here and Collins here.

Jim Lovell and Fred Haise became an instant household names in 1970 when the mission they were on, Apollo 13, experienced an explosion in space and the lives of the three astronauts hung in the balance for almost 6 days. This mission was later immortalised by Tom Hanks, Kevin Bacon, Bill Paxton, Gary Sinise, and Ed Harris in the global box office smash hit film “Apollo 13“.

The poster measures in at a large 540 mm x 1,450 mm (21 inches x 57 inches). It contains an extraordinary amount of detail, which each of the major parts of the mission shown using an unusual layout with two Moons and a single Earth. Original NASA memorabilia like this is proving more and more popular, and large pieces like this are particularly sought after.

Bonhams estimate that this poster will sell for between $6,000 and $8,000 USD when it crosses the auction block at the The Air and Space Sale on the 17th of September. If you’d like to read more or register to bid you can click here to visit the listing on Bonhams. 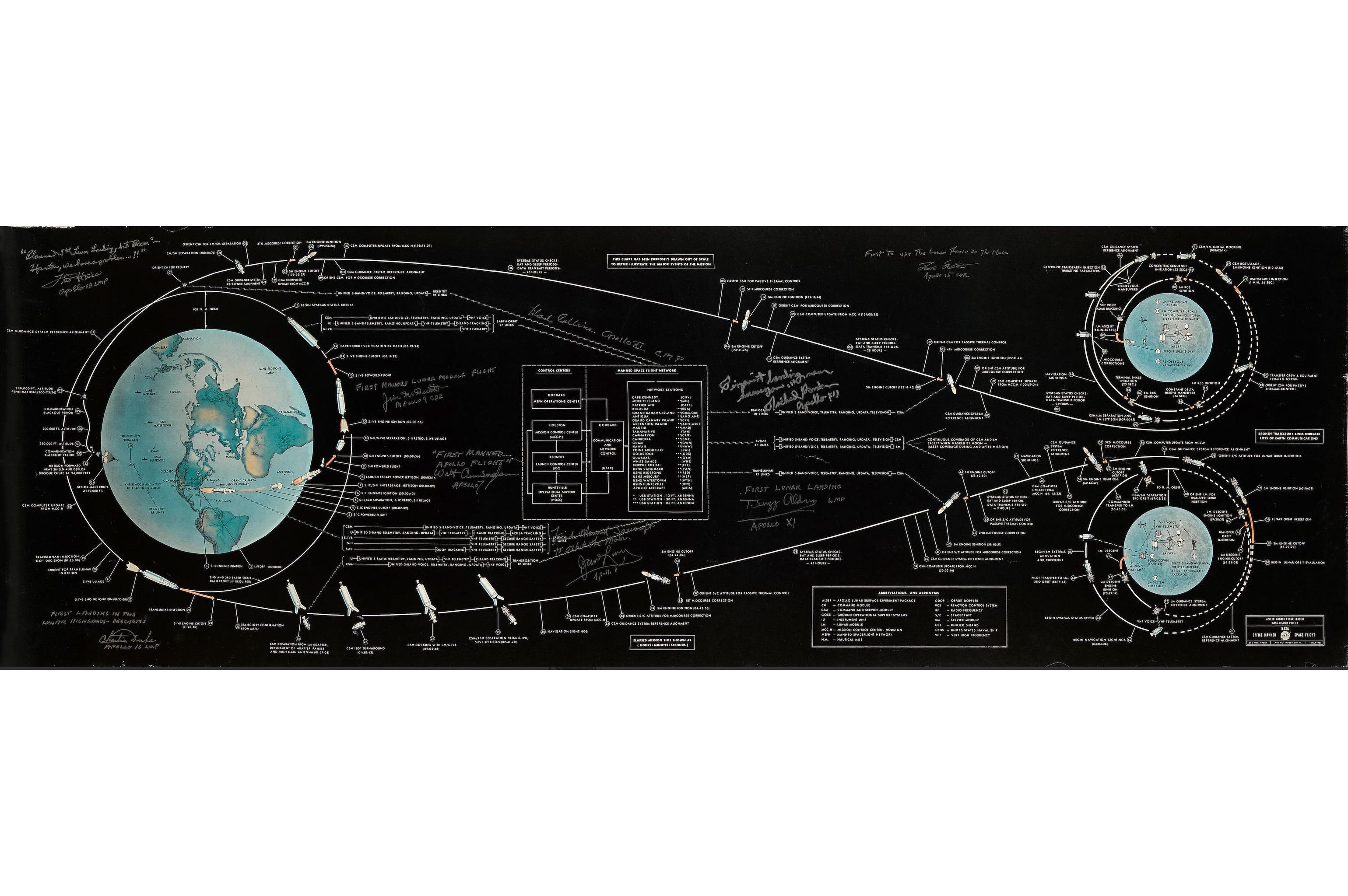