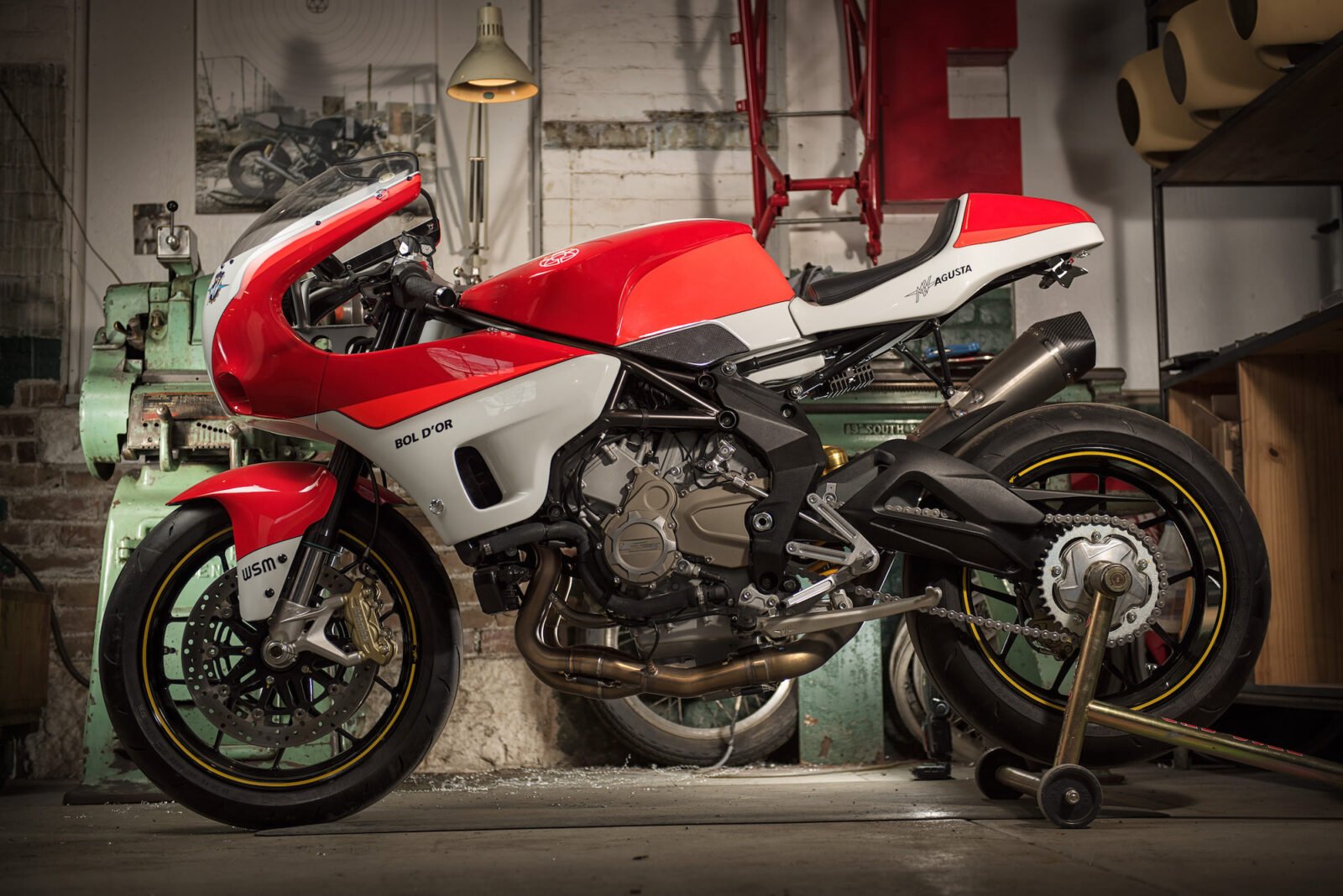 I always had a soft spot for the raw brutishness of 80s Endurance bikes, and I wanted to use an MV Agusta, which I have been in love with since I was a little boy. MV is still a boutique, totally romantic product, built in a former airplane factory in San Marino. I recently had a chance to ride one of their new 3-cylinders and I was so very impressed that I decided to use it as a platform for the bike you see here. With this project, I tried to combine my attraction to the Endurance bikes with my love of all the sexy attributes of an Italian motorcycle, based upon a contemporary chassis, and to have it all be cohesive.

Instead of building a completely new chassis, as I did with the Leggero, I wanted to stick with the factory chassis, because I didn’t want to undo something that is so good. The challenge was to design completely new bodywork around an existing frame and its very specific design elements, like its cast aluminum engine plates and swing arm. I used foam board to create the principal shapes, shaving a foam core with auto body files and tools and adding structural integrity by covering everything in fiberglass. I then built upon that structure with Bondo and automotive clay. I built a rudimentary subframe and fairing stay in order to position the body parts and design and find the correct placement for the ram air system. John Harvey of FuelCel helped me fine tune the components to a point where they could be used as plugs for composite molds. These molds were then used by FuelCel to produce prototypes in kevlar composite. Kevlar has high structural integrity and resistance to impact, compared to the brittleness of a carbon fiber weave.

In my experience, saving weight wherever you can, rather than tearing into an engine to get more horsepower, will always result in a better performing motorcycle. Buying a set of magnesium wheels, for example, will make your bike lighter, turn easier, and is cheaper than putting money into engine performance. A significant component in the weight reduction program of the “Bol d’Or” centered around the use of high tech composite to replace the heavy plastic OEM pieces. Using a specially formulated epoxy Kevlar matrix for the newly styled 20 liter gas tank, reduced the weight significantly; to 3.5 lbs (this included the stock fuel pump mounted to a solid composite flange with studs, and the 70 series aluminum fuel cap). All the bodywork combined — front fender, upper fairing with aluminum fairing stay and dash, two lowers, and the tail section — weigh a mind-blowing 8.5 lbs. Additional weight reduction was achieved by our aluminum subframe, the lightweight Arrows full (no catalytic converter) exhaust system, and my (WSM) rear sets machined from 7075-T651 aerospace grade aluminum. The eccentric peg mount system and slotted pedal knobs can be easily adjusted to suit the owner’s riding style. I had the opportunity at a track day to compare the weights of a factory F3 and the WSM “Bol d’Or”. The stock F3 weighed in at 421 lbs. The WSM “Bol d’Or” came in at 340 lbs, with one gallon of fuel and oil in the crank case.

Another important aspect was the creation of a ram air system to get the best out of the highly tuned 3-cylinder engine. I increased the outer diameter of the air intakes and put the air inlet placement onto the front of the fairing. To get the most out of these modifications and to gain better drivability, torque, and horsepower out of the stock engine, the ECU was flashed with a fully tunable performance program.

The bike is a ferocious performer and, combined with the electronic quick shifter, gets as close as possible to a contemporary race bike, but with the looks of the classic Bol d’Or bikes.

The Bol d’Or is built to order in the WSM workshop in Harrisville, NH and orders are now being taken – Click here to visit the official Walt Siegl website. 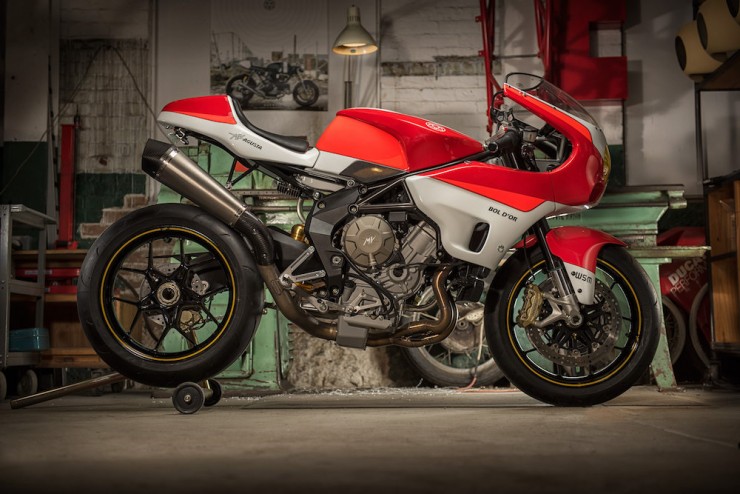 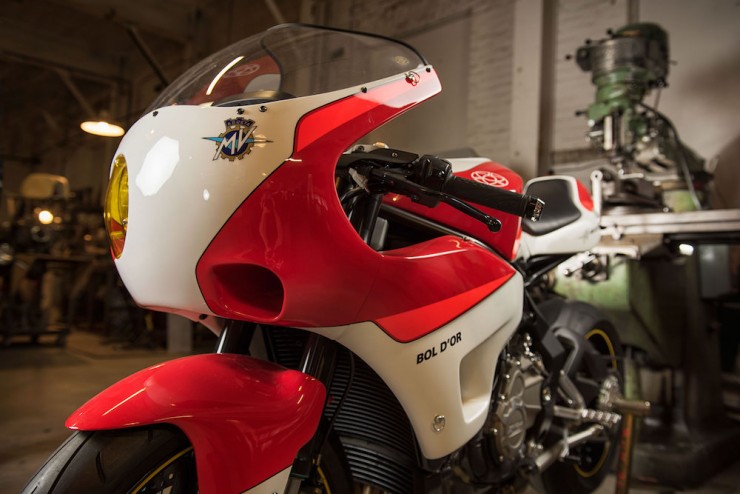 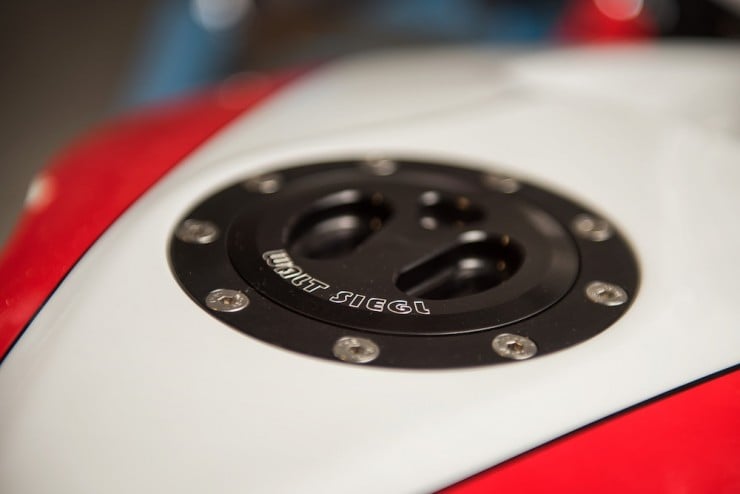 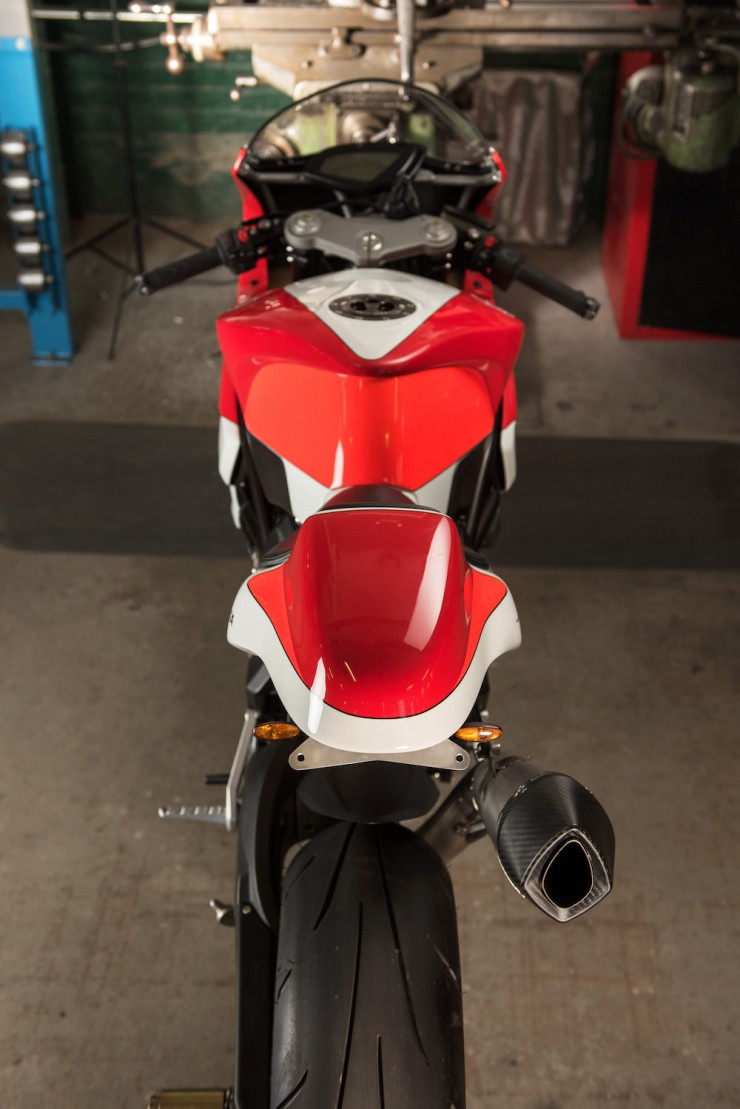 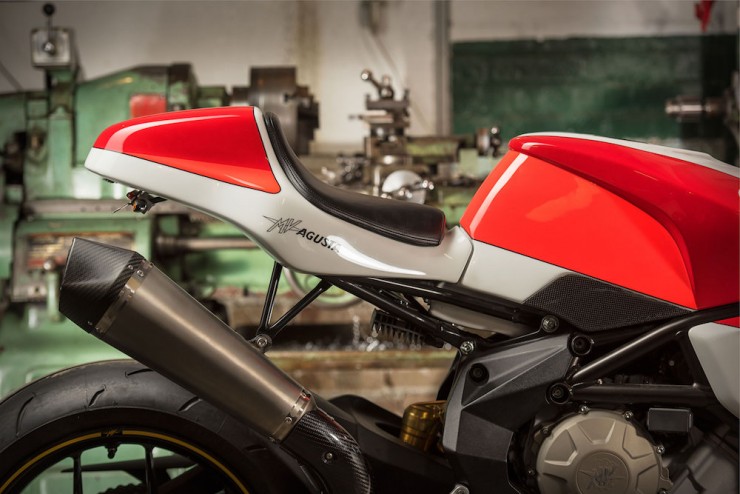 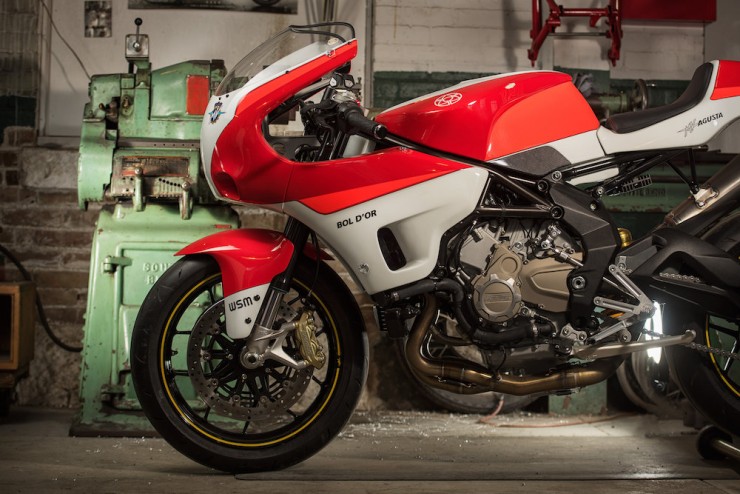 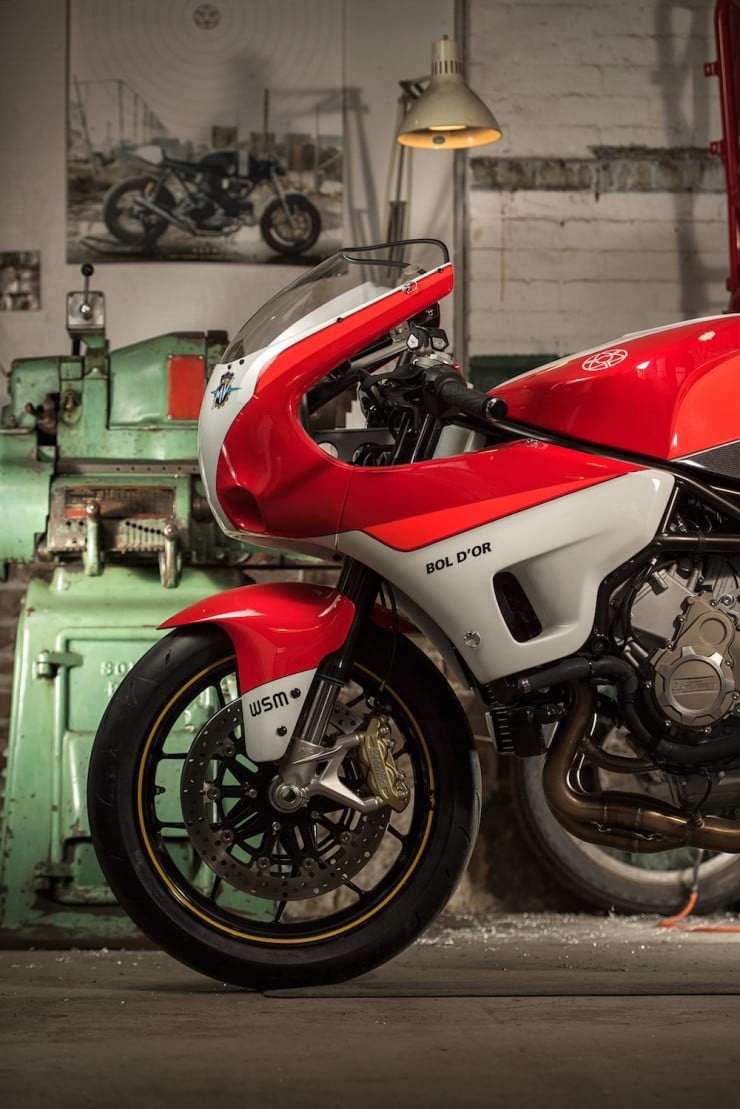 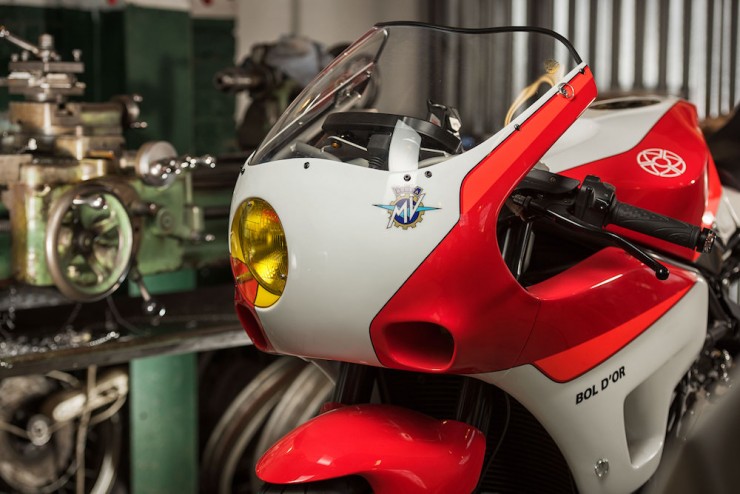 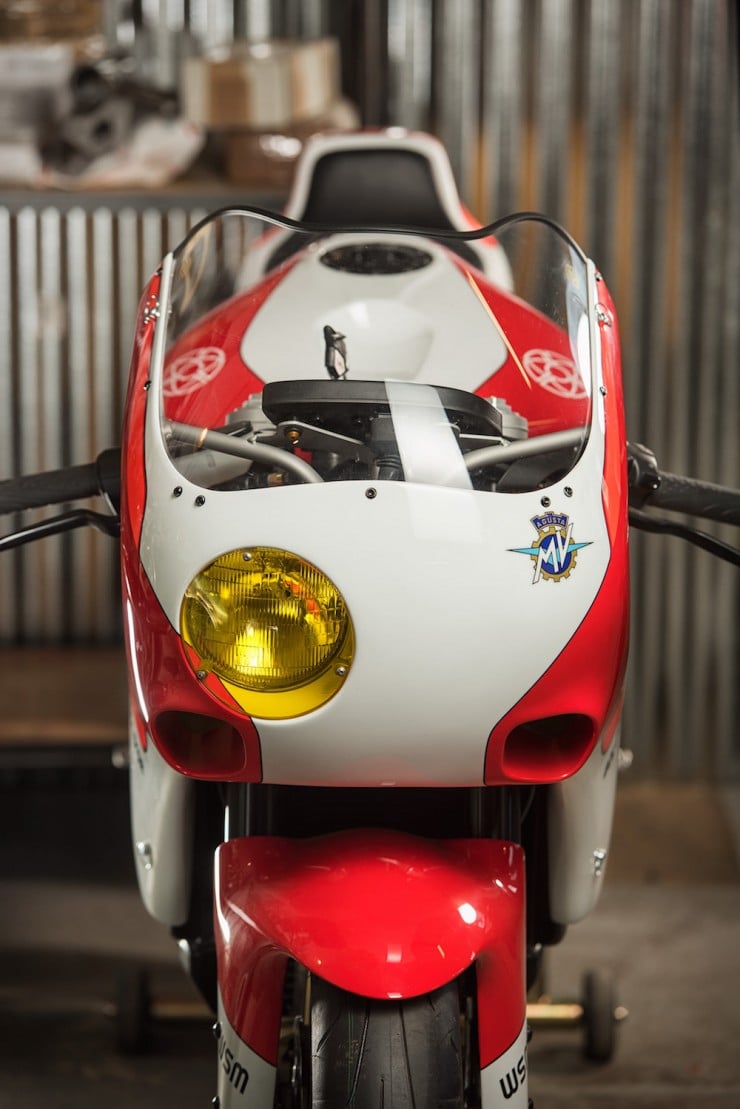 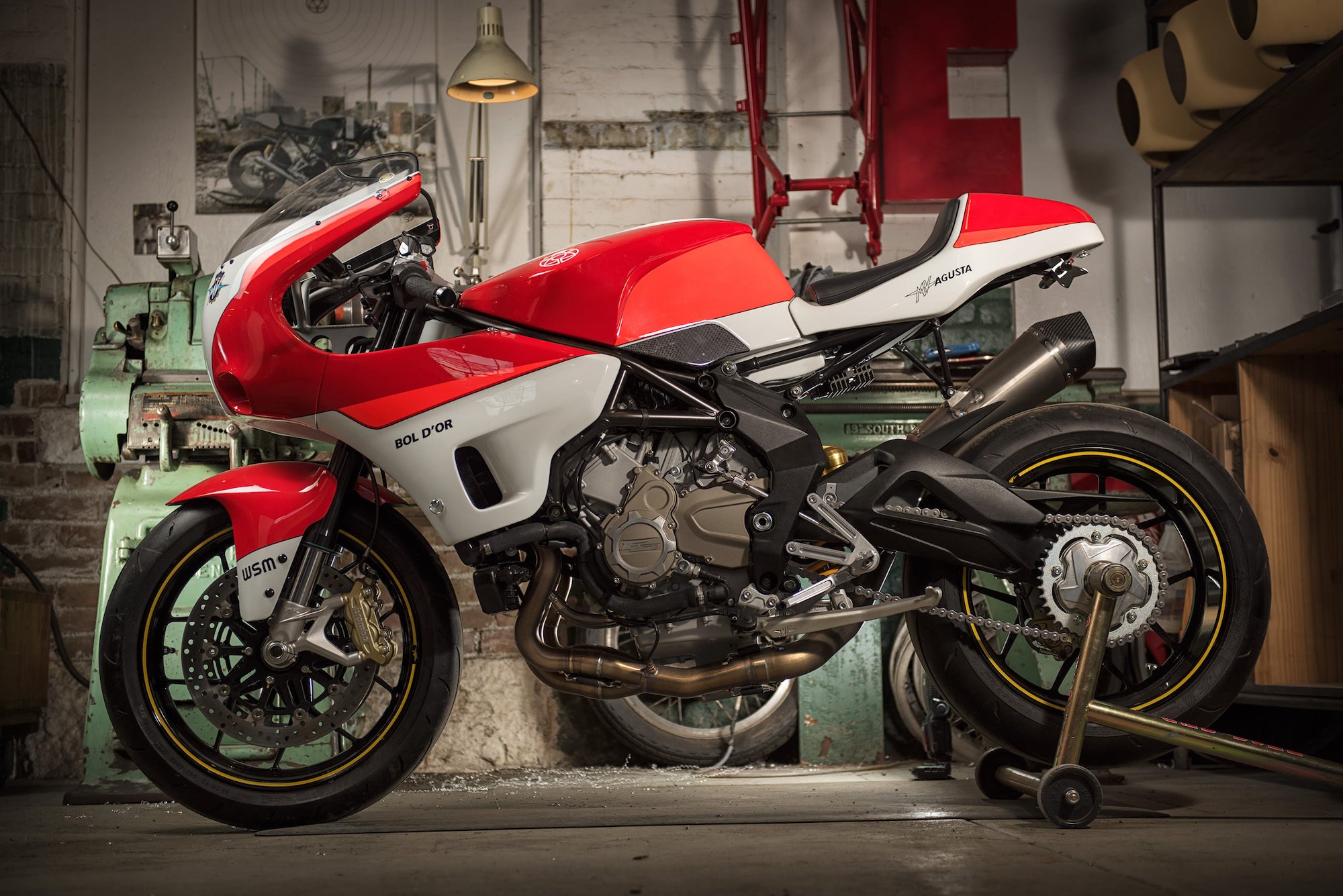