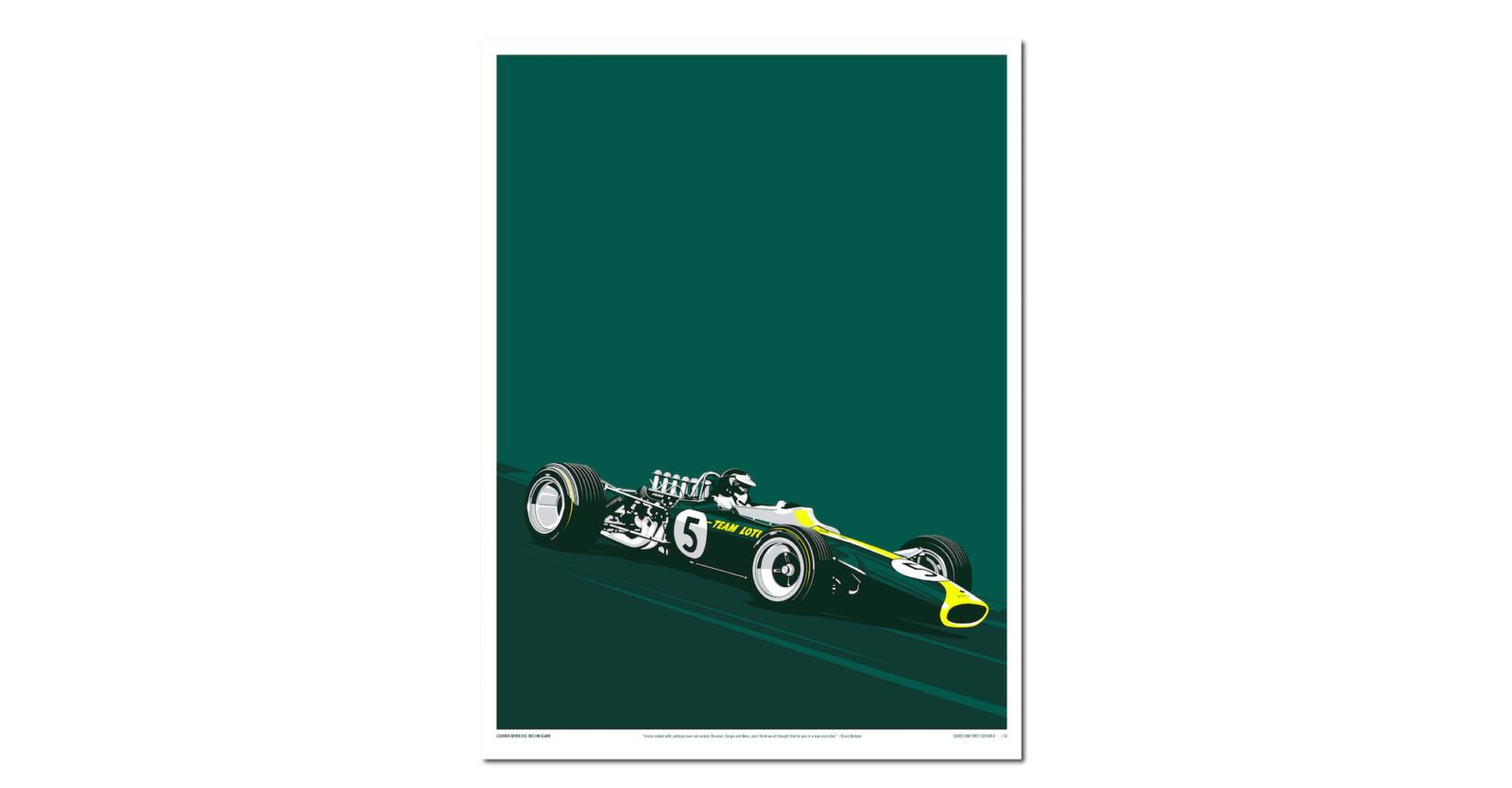 Jim Clark is remembered as one of the greatest racing drivers of all time. The Scotsman managed 33 pole positions and 25 race victories from his 72 Grands Prix, he also took a Lotus-Cortina to victory in the 1964 British Touring Car Championship, he won the Indianapolis 500 in 1965, and he won the Formula One World Championship twice – in 1963 and 1965.

This 18″x 24″ five color screen printed poster is presented on 100lb cover stock from the French Paper Co. in Niles, Michigan. It shows Jim Clark in his iconic Lotus 49 painted by Stuart Macey, only 50 will be made and they’re each numbered and stamped for authenticity. 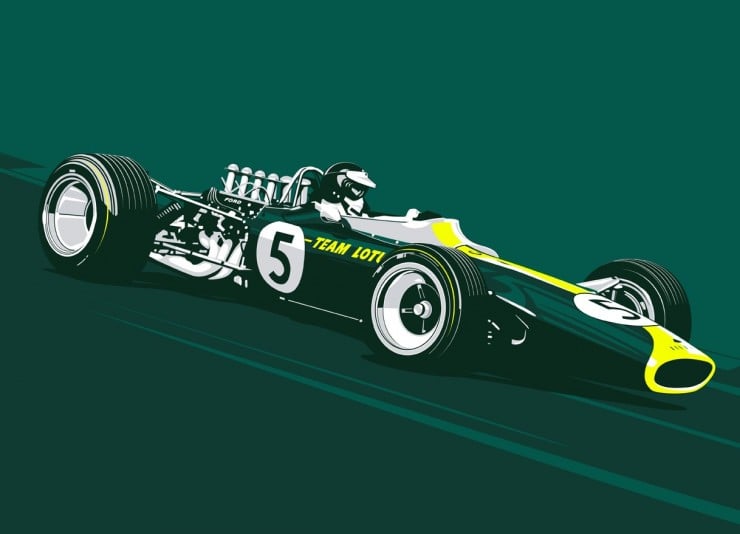 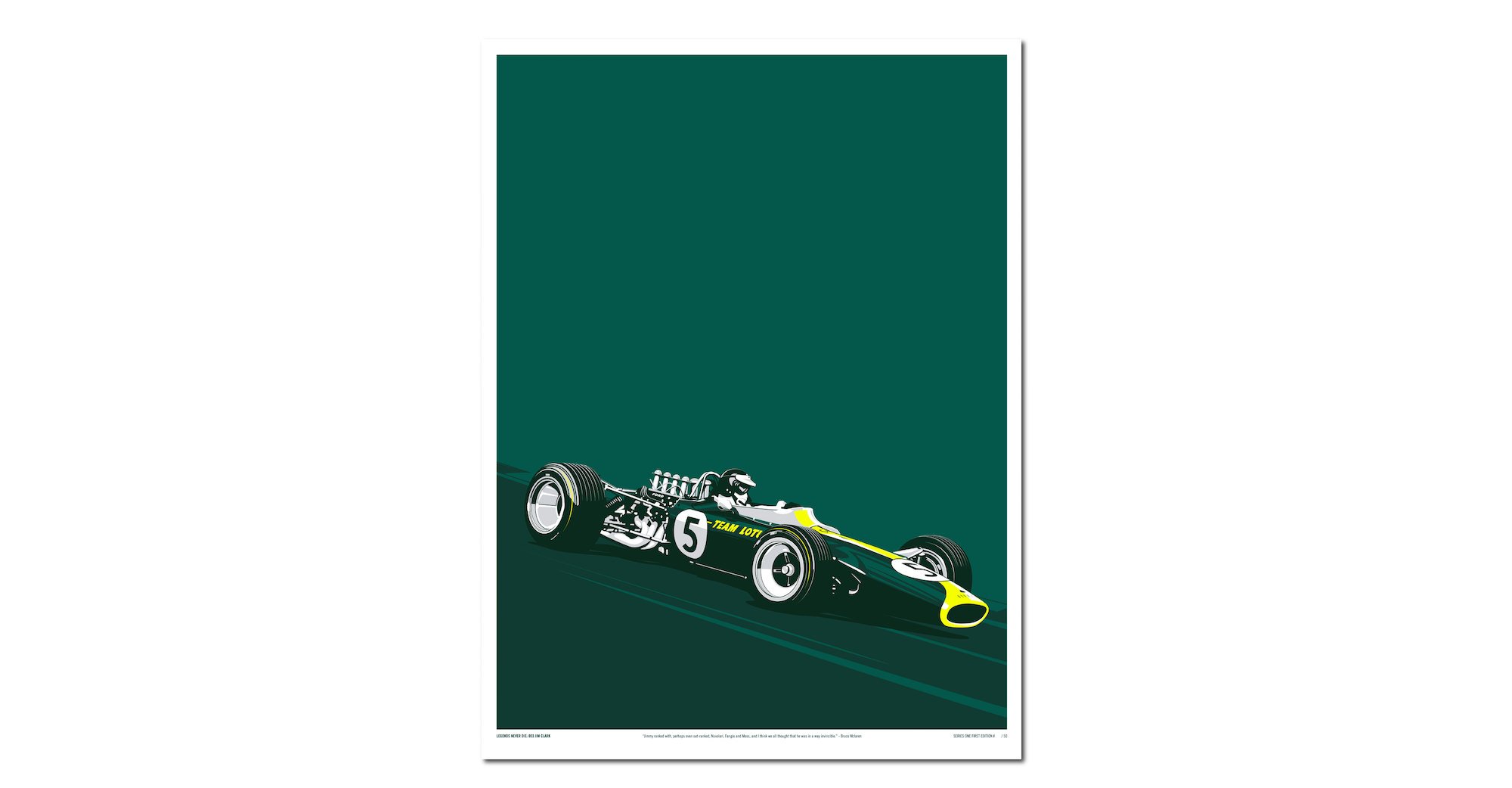