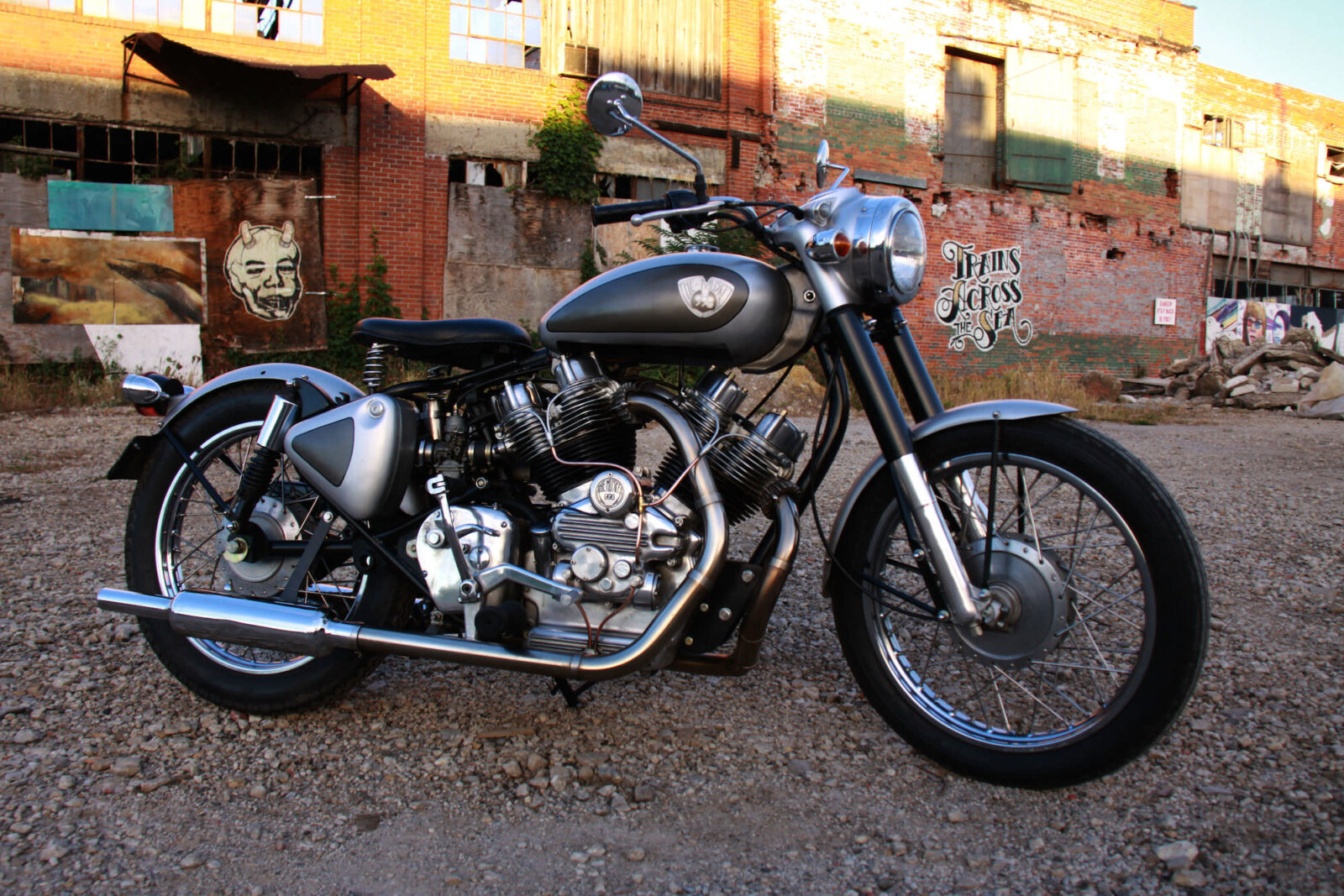 The Musket is the motorcycle that Royal Enfield should be building – or at very least the engine that they should have used in the the new Royal Enfield Continental GT cafe racer. It was designed from the outset to use as many stock Enfield parts as possible, with only the only significant new parts being the crank, exhaust and the engine case, the rest of the engine (and motorcycle) is built from original parts including the cylinders, pistons and heads.

This further convinces me that Royal Enfield need to buy the rights to this engine, then drop it into their ageing production line.

Originally designed and engineered by Aniket Vardhan, a native of India, the home turf of the Royal Enfield Motorcycles and a nation well-known for repurposing older technologies to keep them relevant and useable in the modern day. Aniket grew up like many Indian boys, love the putt-putt-putt of the antiquated single cylinder motorcycles pottering around the streets and alleyways of the subcontinent.

As he grew older he learned about the Harley-Davidson Motorcycle Company and their iconic V-Twins – a plan began to form and by the time he had moved to the USA to get his Masters in Industrial Design he had a well-formed idea in his head for a new kind of Enfield. An Enfield that would be twice as powerful, twice as loud and at least twice as much fun. 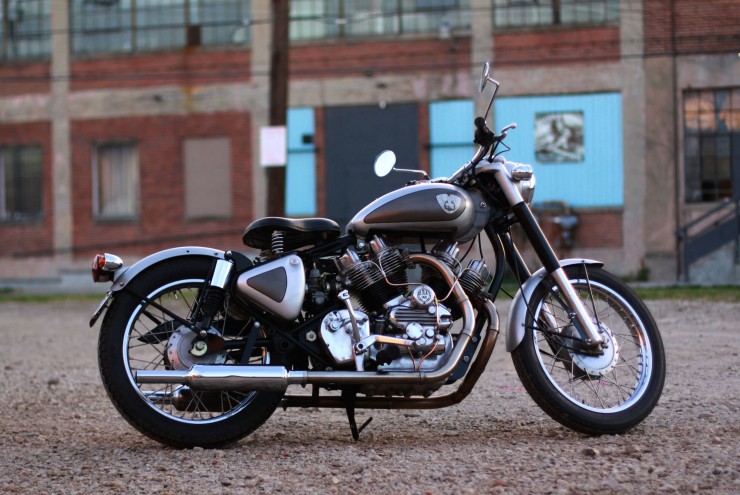 Aniket’s first attempt at the Enfield V-Twin was based on two 350cc engines, he created an entirely new crankcase and sandcast it himself. He was careful to over-engineer any new components and so with this in mind he made sure that the new crankcase was actually thicker and heavier than it really need to be – just to make sure it was the strongest link in the chain.

When he released his new 700cc Enfield to the world the motosphere lit up like a fireworks display over the Bikini Atoll, people all over the world contacted him with requests that he sell them one of his engines and the demand was such that he put the new V-Twin into limited production. Skip forward a couple of years to the present day and Aniket is well-known for building exceedingly reliable engines, as is always the case people wanted more power and so he’s been hard at work creating an entirely new engine based on two cylinders from the larger 500cc Enfield single.

The bike you see here is fitted with the new 59 degree, 998cc V-Twin and early reports indicate that it’s capable of over 70hp. Somewhat incredibly the new engine can be bolted into the frame of an original Royal Enfield Bullet 500 with only a slight bend in the top tube required to make it fit. The new engine with a slightly tighter angle between cylinders looks almost like the iconic V-Twin from the Vincent Black Shadow – perhaps not surprising when you consider that the Vincent engine was also originally constructed from two cylinders originally designed for a single cylinder motorcycle. 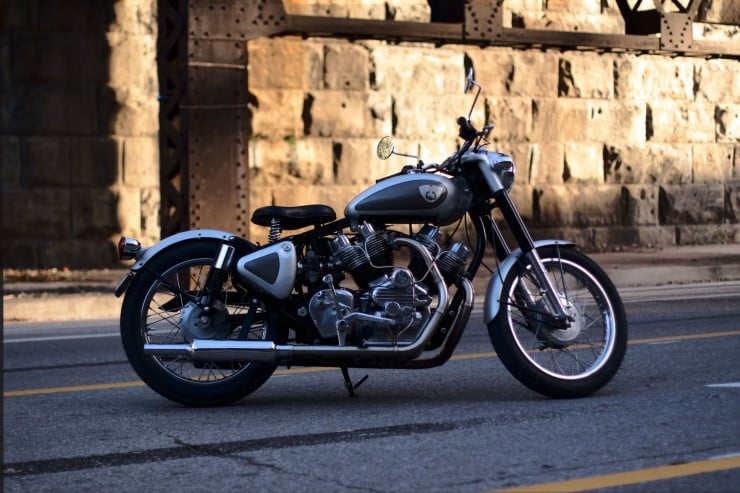 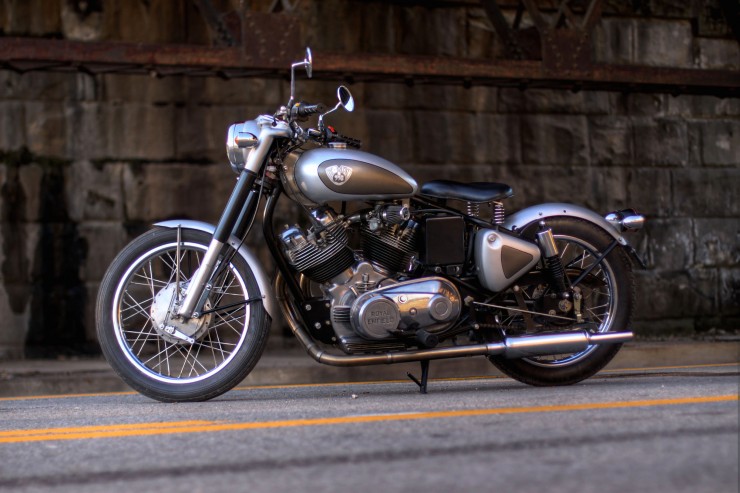 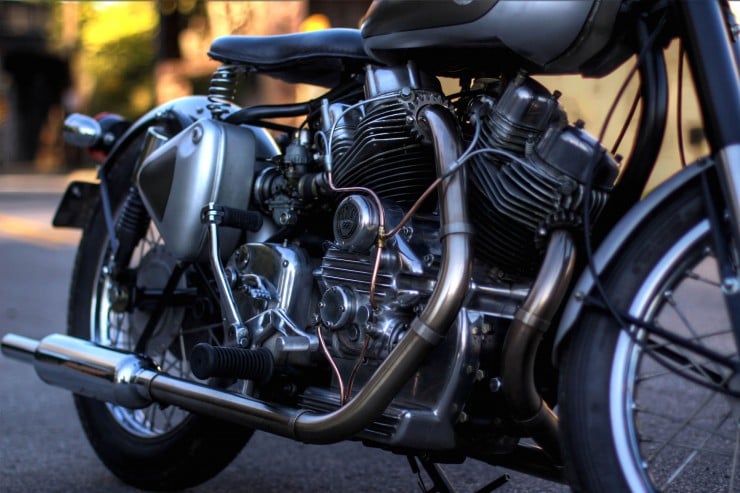 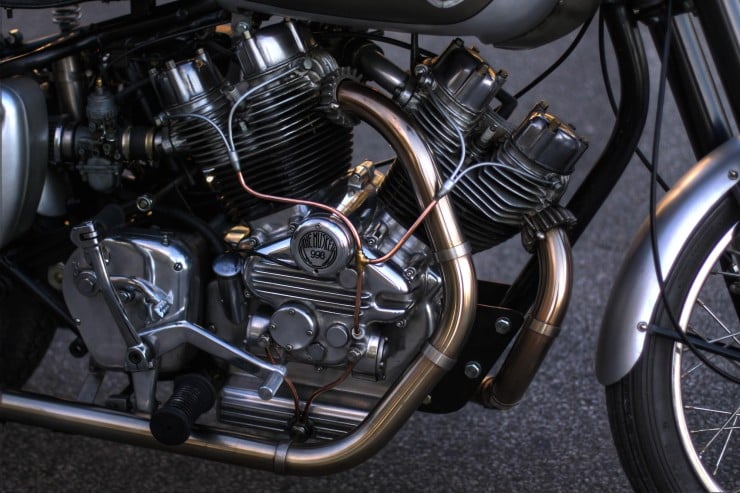 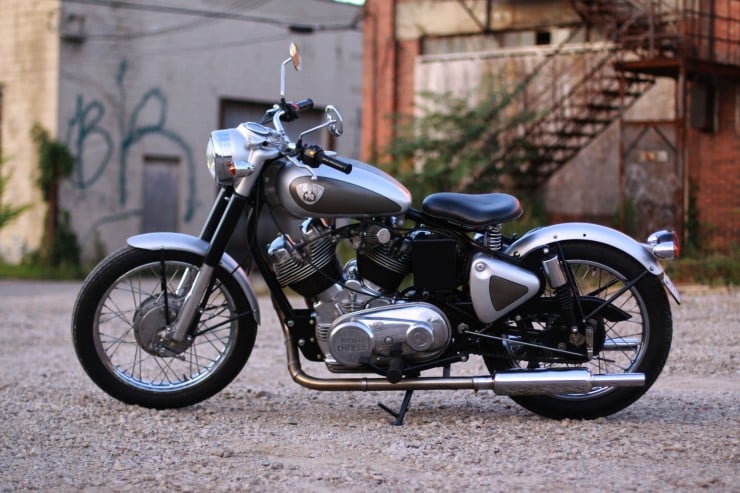 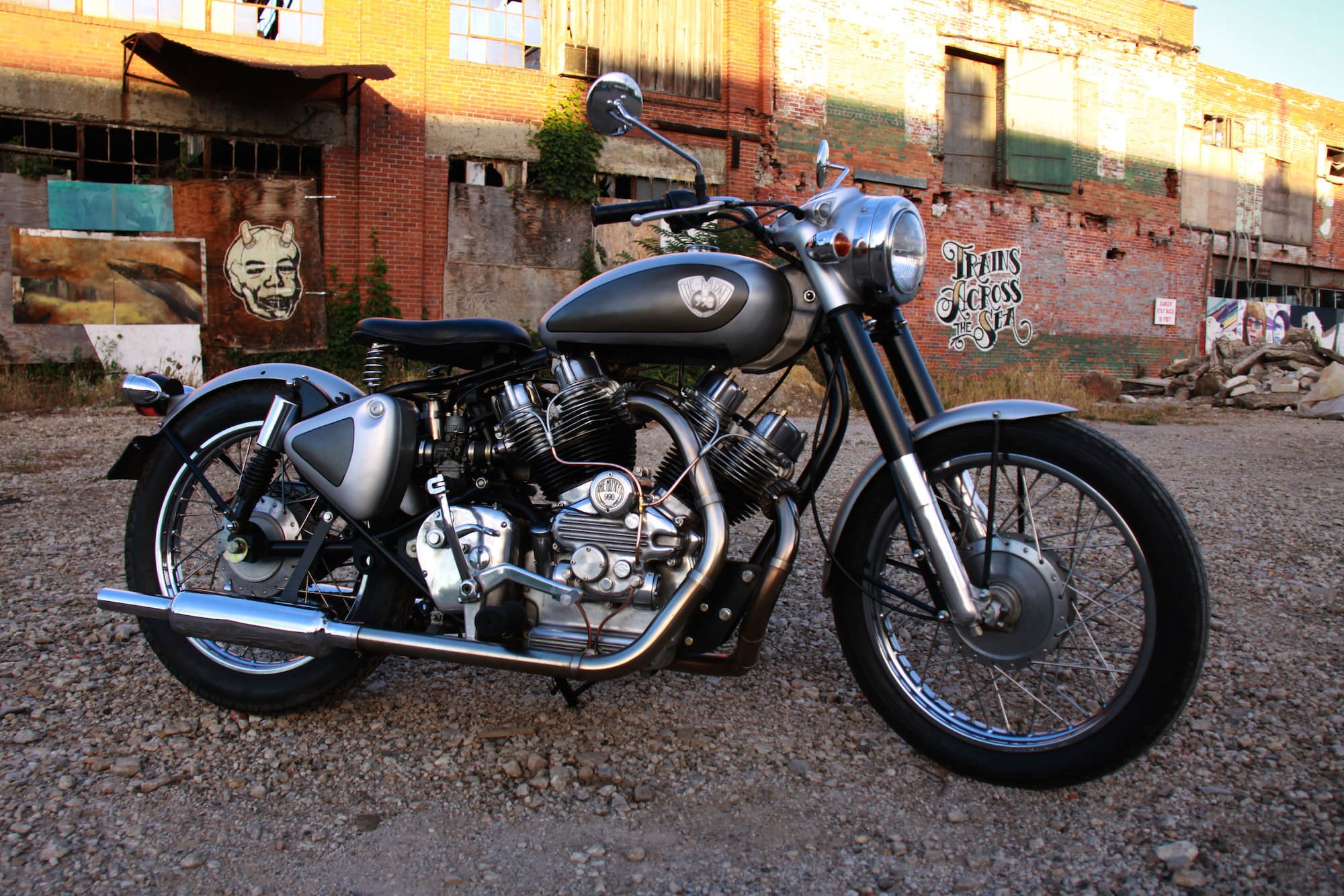