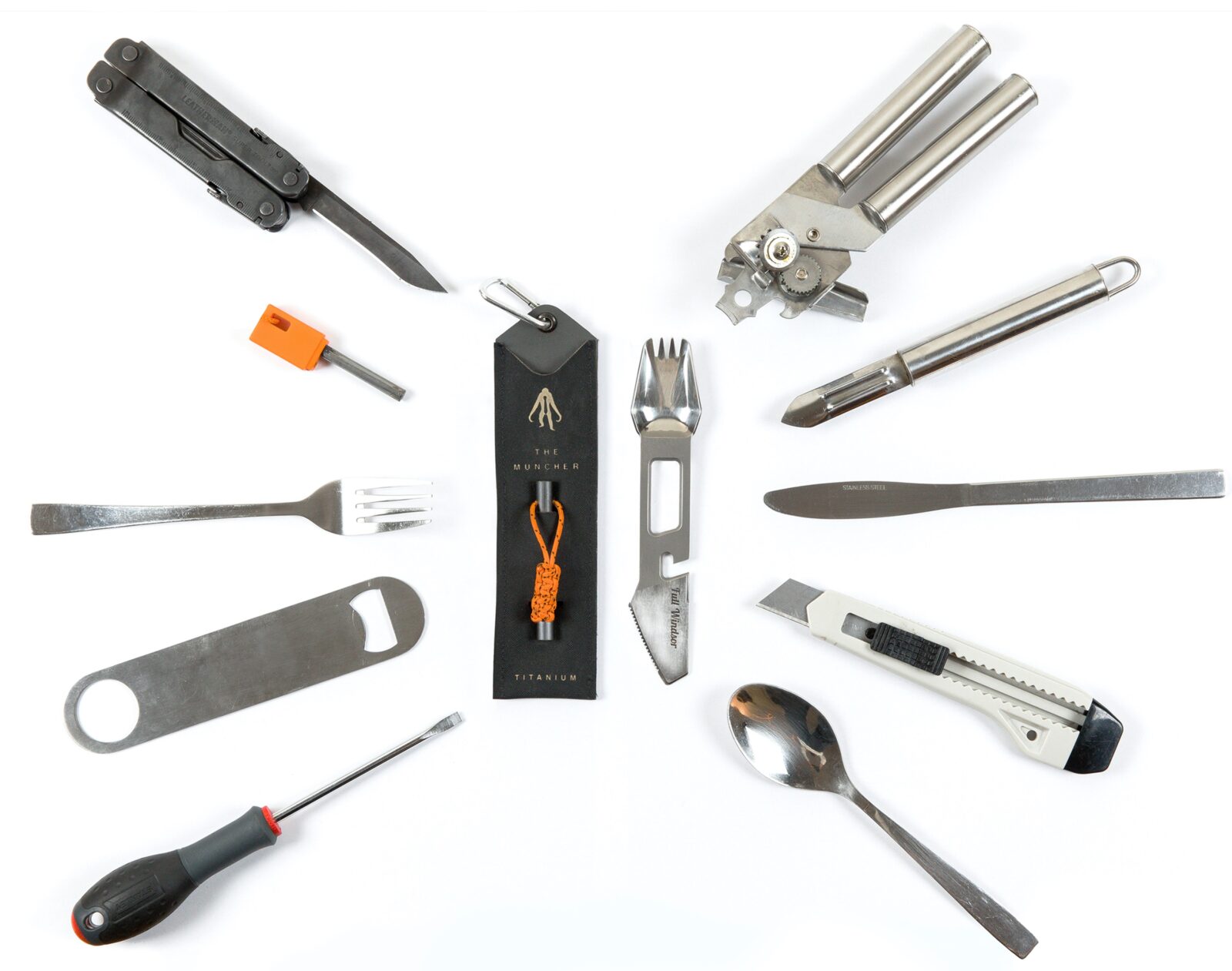 This is the Muncher By Full Windsor, it’s an ultra-lightweight titanium spork that can also start fires thanks to the included ferro fire striker rod. The team at Full Windsor weren’t satisfied with giving their spork only two functions however, so they also added a serrated knife blade on the other end, as well as a can opener/bottle opener, a peeler, a pry bar, a cord cutter, and it can also be used as a flathead screwdriver.

Thanks to the fact that the Muncher is made entirely from titanium its naturally lightweight, coming in at 0.7 oz (19.4 grams), and it’s also highly corrosion resistant. We included a video below that shows the various functions of the Muncher including the use of the ferro rod to start fires or ignite gas burning camp stoves.

A hypalon pouch and carabiner is included with every Muncher for storing it away when you’re not using it and keeping it clean, it also holds the ferro firestarter rod. Each Muncher measures in at 1.4” x 6.5” x 0.3” or 34 mm x 164 mm x 8.6 mm, making it easy to stash away.

Full Windsor was founded in 2011 by award-winning industrial designer Mark Windsor from New Zealand, the company is based in Los Angeles, California, and they made a wide array of outdoor gear. 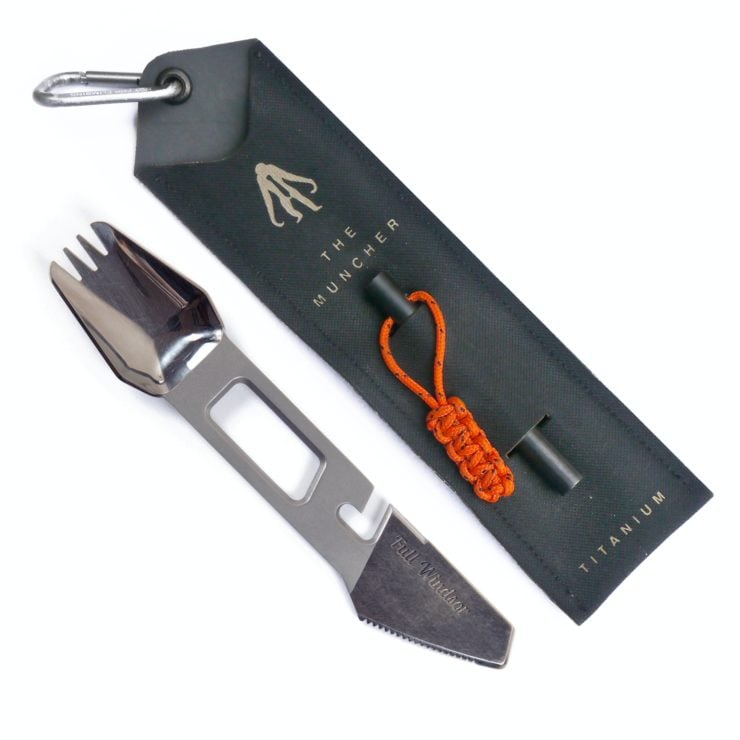 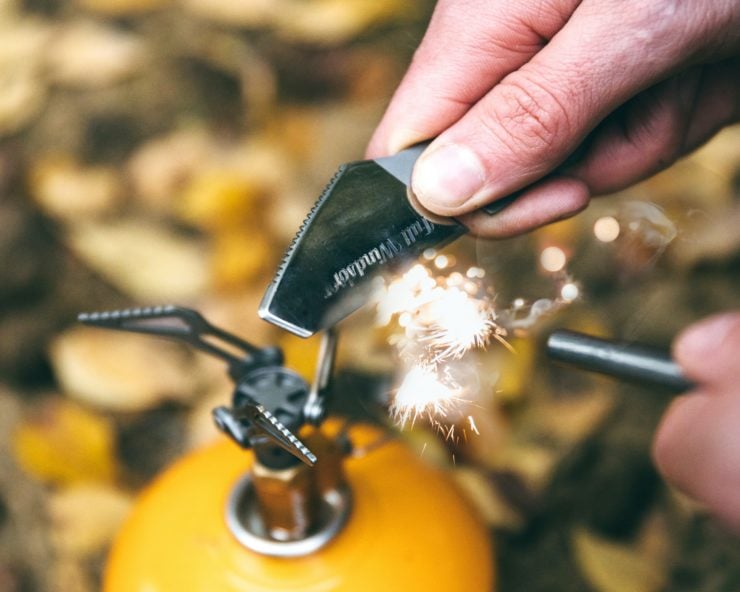 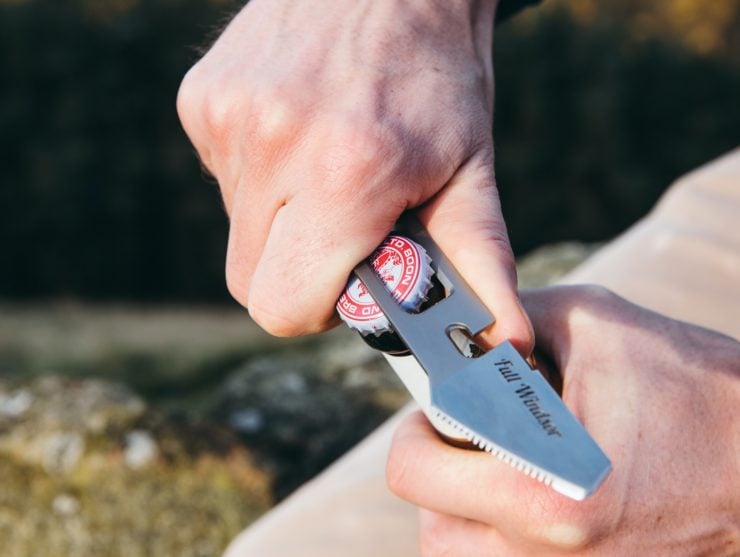 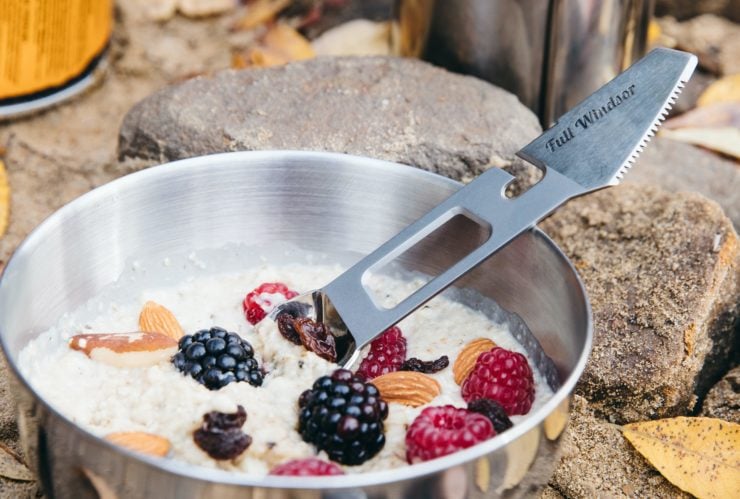 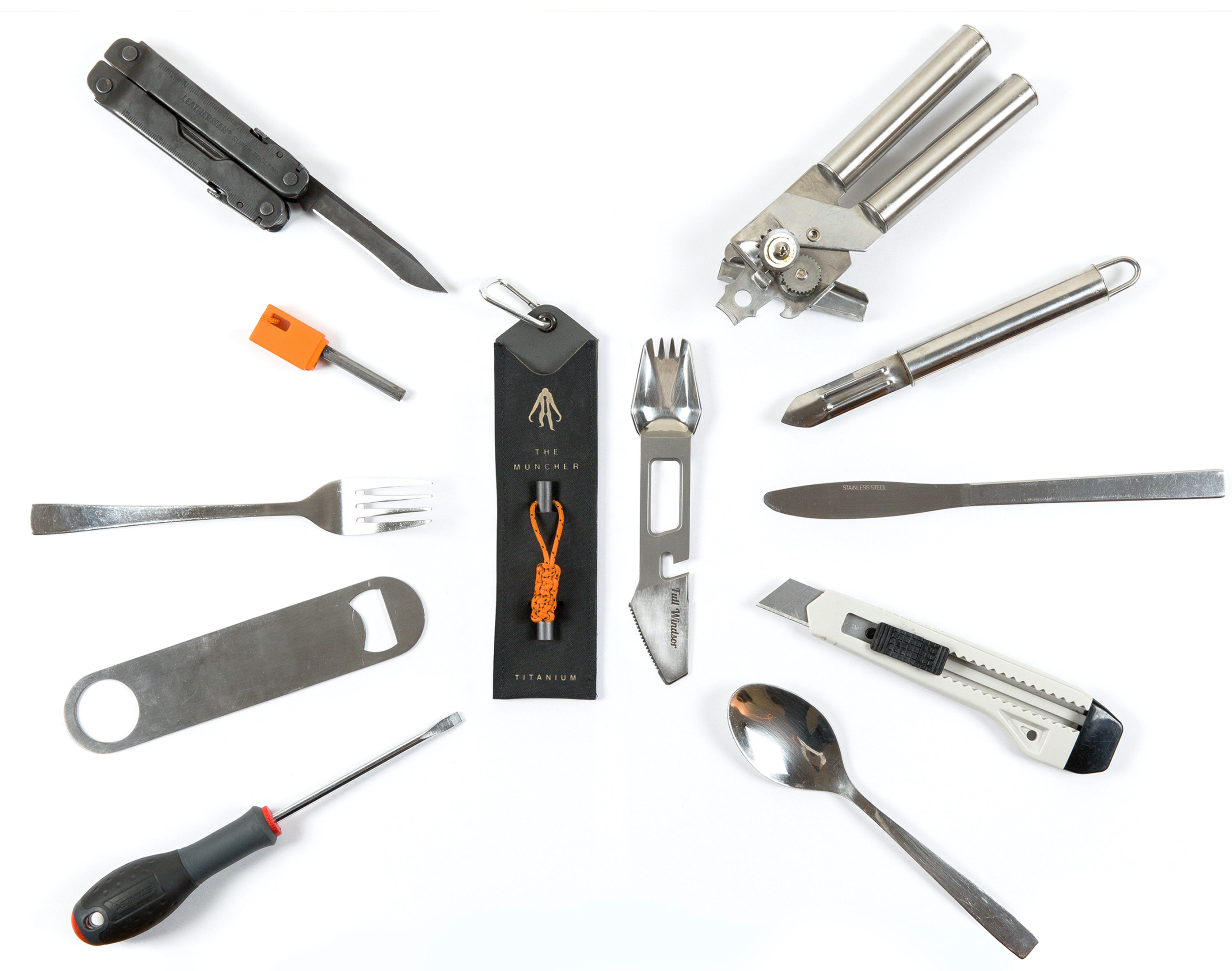