As the name suggests, the UBCO 2×2 is a two-wheel drive motorcycle. It makes use front and rear electric hub motors to give riders exceptional traction across all surfaces and terrain, there’s an easily removable central battery unit that offers up to 120 km of range, and this battery unit can also charge your smartphone, power tools, and other devices on the go.

The team at UBCO call the 2×2 an Utility Electric Vehicle (UEV), it was originally designed for agricultural use however it quickly became apparent that it was also perfect for hunters, conservationists, park rangers, campers, and general recreational use. The 2×2 is 100% road-legal and in many regions it’s classed as a moped, making licensing easier than a standard motorcycle.

The core design of the UBCO 2×2 evokes memories of the Honda Cub, the world’s most popular motorcycle/scooter with millions made – many of which are still in use around the world. If anything, the 2×2 looks like someone redesigned the Cub for use on Mars. Which is probably the single greatest compliment I can give it. 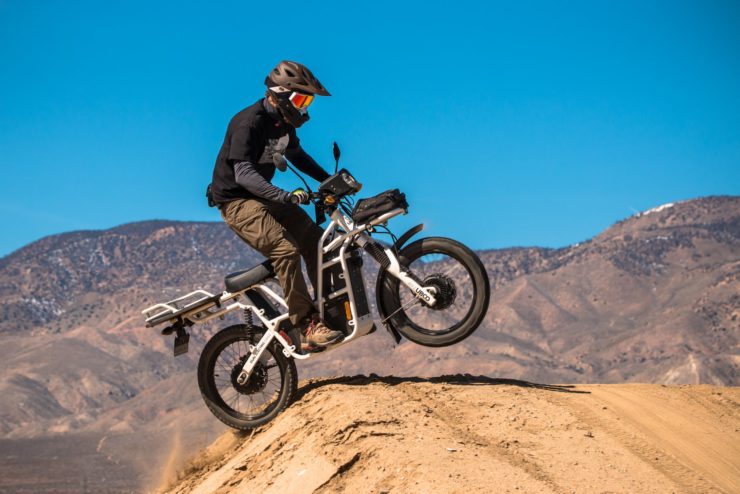 UBCO was founded by a team of New Zealanders in 2015, New Zealand is a small country that’s had a huge impact on the motorcycle world. Both Burt Munro and John Britten were proud New Zealanders and the country has also produced a number of legendary racers including Bruce McLaren, Chris Amon, Denny Hulme, Scott Dixon, Hugh Anderson, Ivan Mauger, and many others.

The MSRP of the UBCO 2×2 is listed at $7,999 NZD however this will vary from region to region – the best way to find out what it would cost to get one in your location is to enquire via their website here. 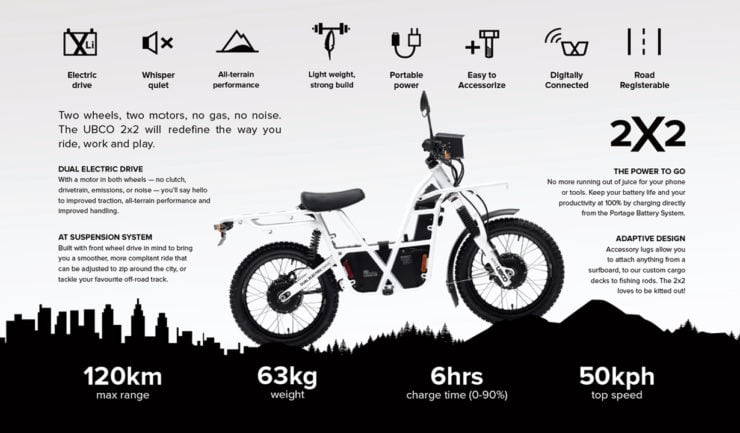 The battery system has been designed to be removable, it sits deep in the chassis to keep the centre of gravity low and can be taken out quickly using the two handles on either end. Due to the original agricultural intentions for the 2×2 it can operate as a portable power station, it has two USB ports to charge devices and a 12V out to power tools and other equipment.

The battery is a UBCO lithium-ion 52.2Ah (48Ah rated), 50V unit that can be charged in 6 to 8 hours. There are no gears and no clutch, just a traditional twist-grip throttle. As it’s electric it operates almost silently and there’s no risk of muffler burns or accidentally sparking wildfires.

The total weight of the UBCO 2×2 is just 65 kilograms (143 lbs) and it can carry up to 150 kilograms (331 lbs) including the weight of the rider. There’s a single seat and a rear luggage rack, and pannier bags can be attached to either side for extra carrying capacity. Tires are 17 x 2.75″ Kenda K667 units front and back, these are dual sport tires designed for both on and off-road use.

The top speed of the 2×2 is 50 km/h or approximately 31 mph, making it well suited to either urban or off-road use. The range of 120 kms (75 miles) will vary depending on use, load, and terrain. Riders can monitor the systems on the 2×2 via a smartphone app that provides live realtime information, you can also adjust settings and monitor your battery usage.

You can read more about the UBCO 2×2 here. 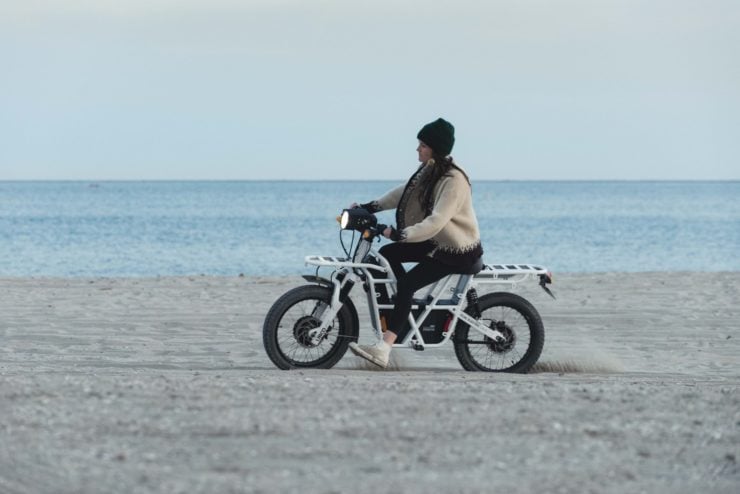 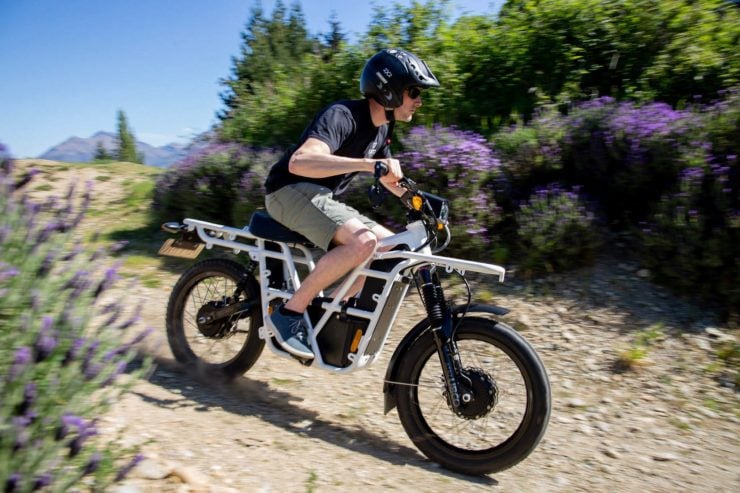 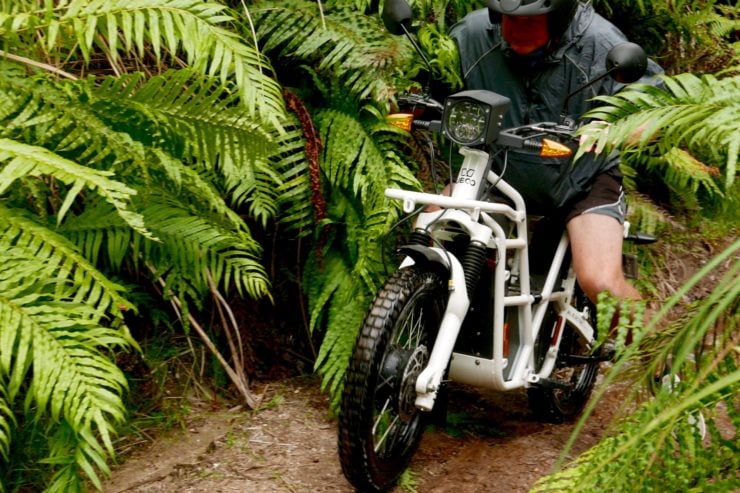 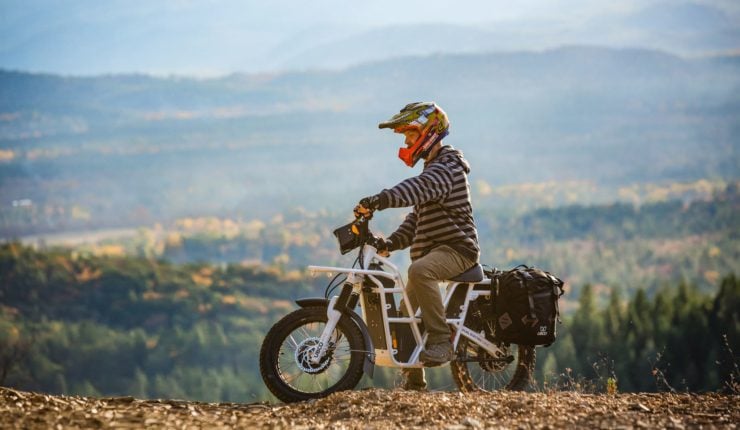 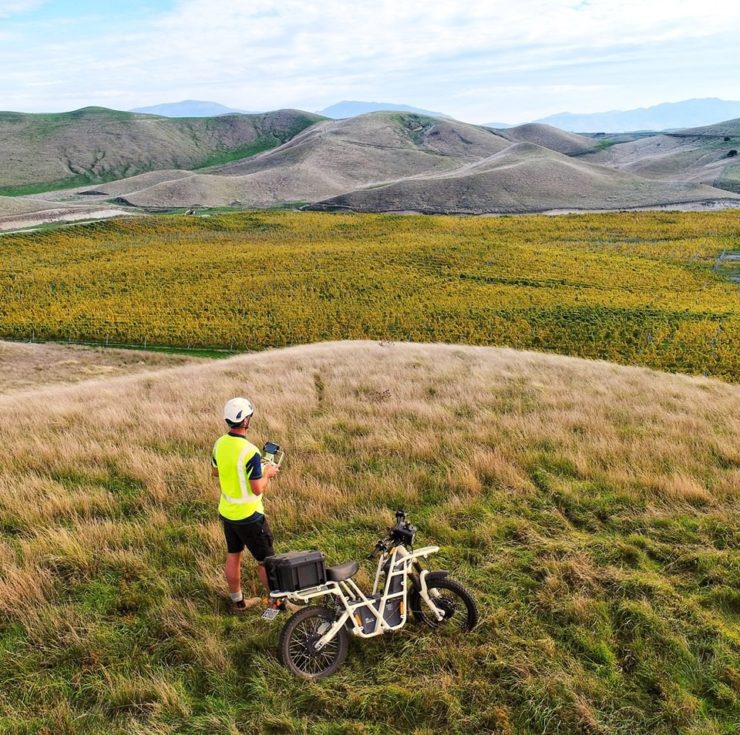 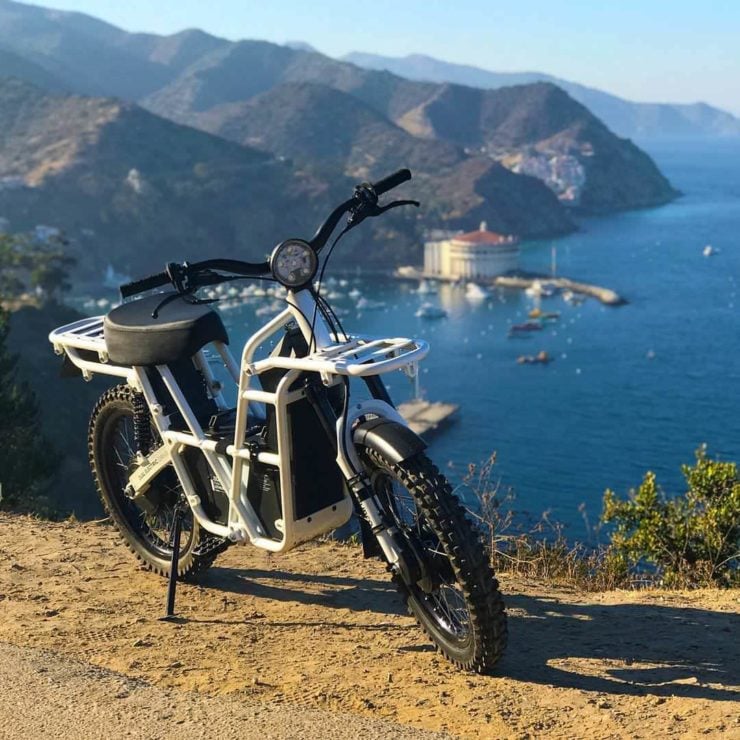 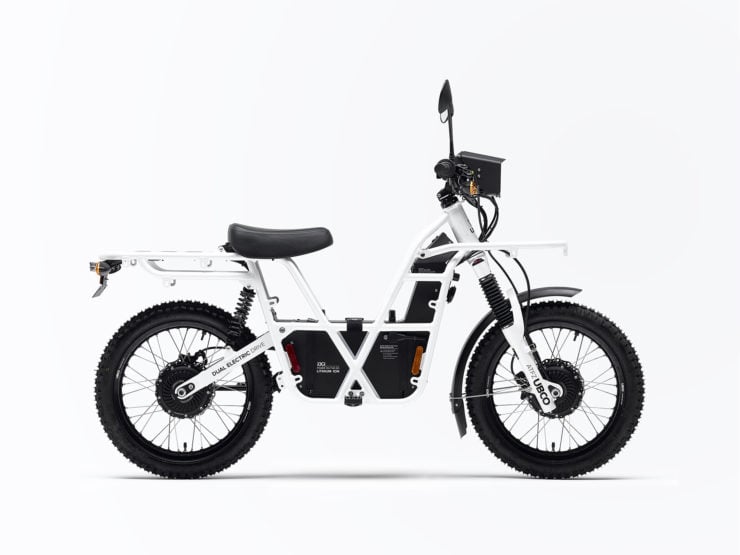 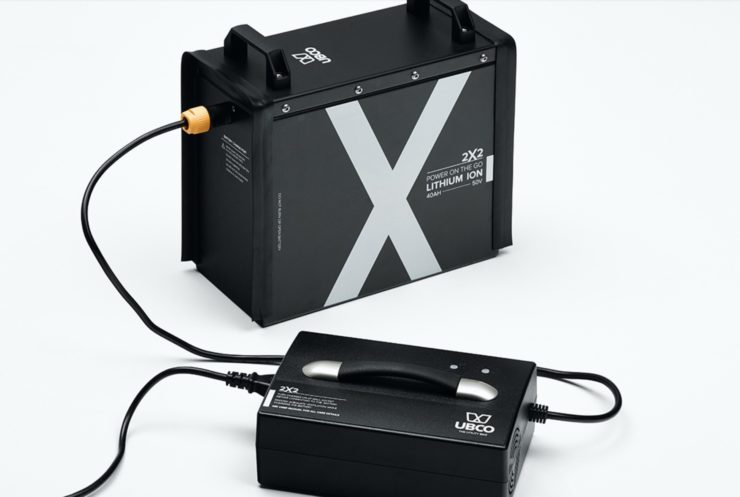 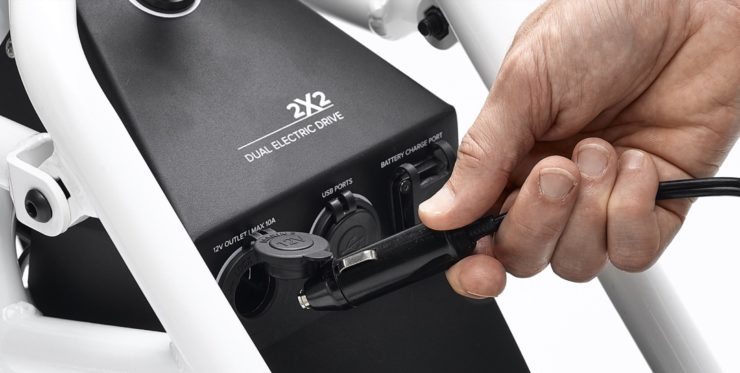 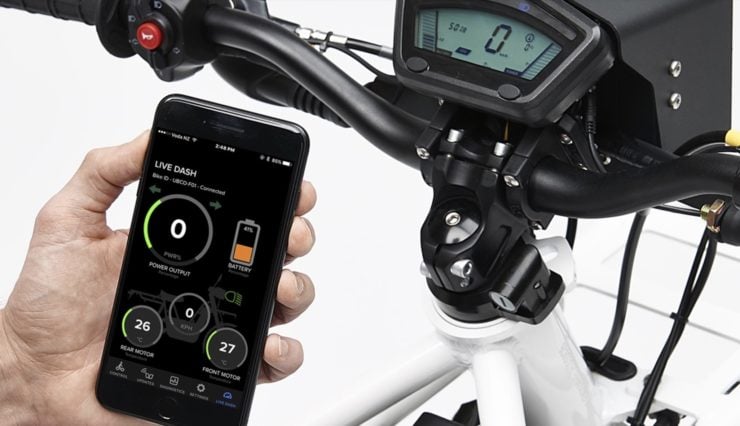 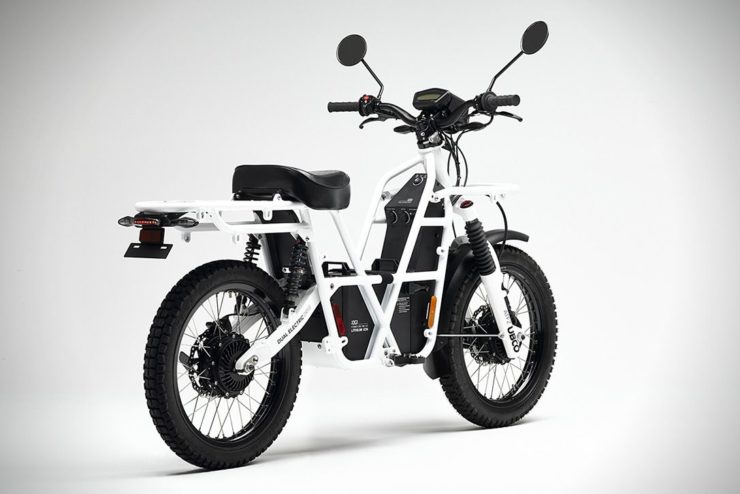 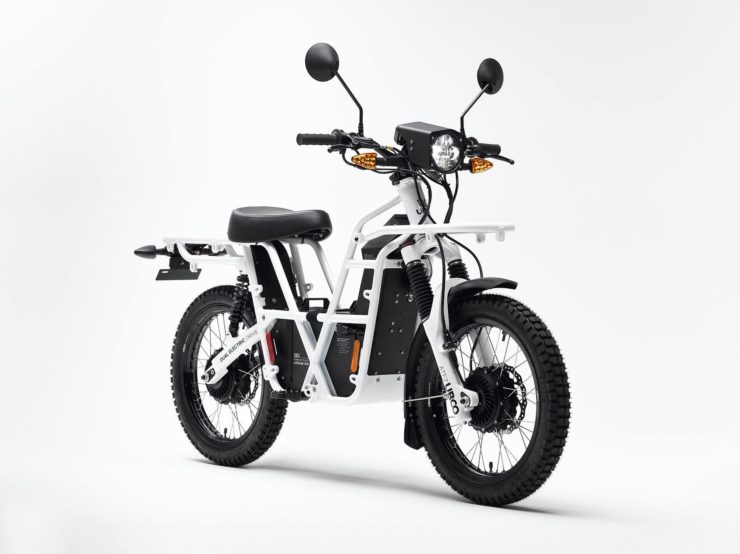 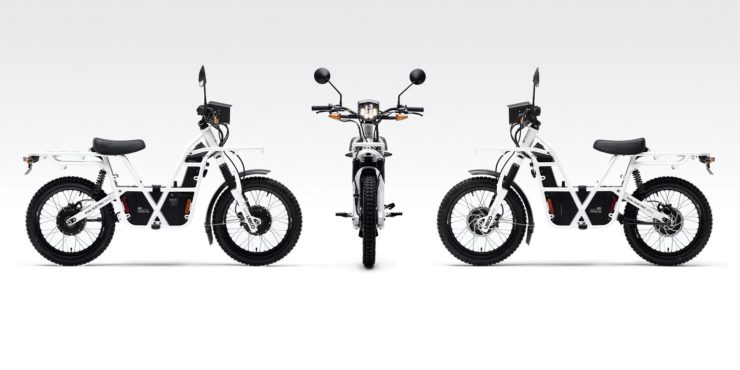 This 1913 Indian Board Track Racer was one of America’s first true superbikes, board trackers like this were capable of speeds in excess of…