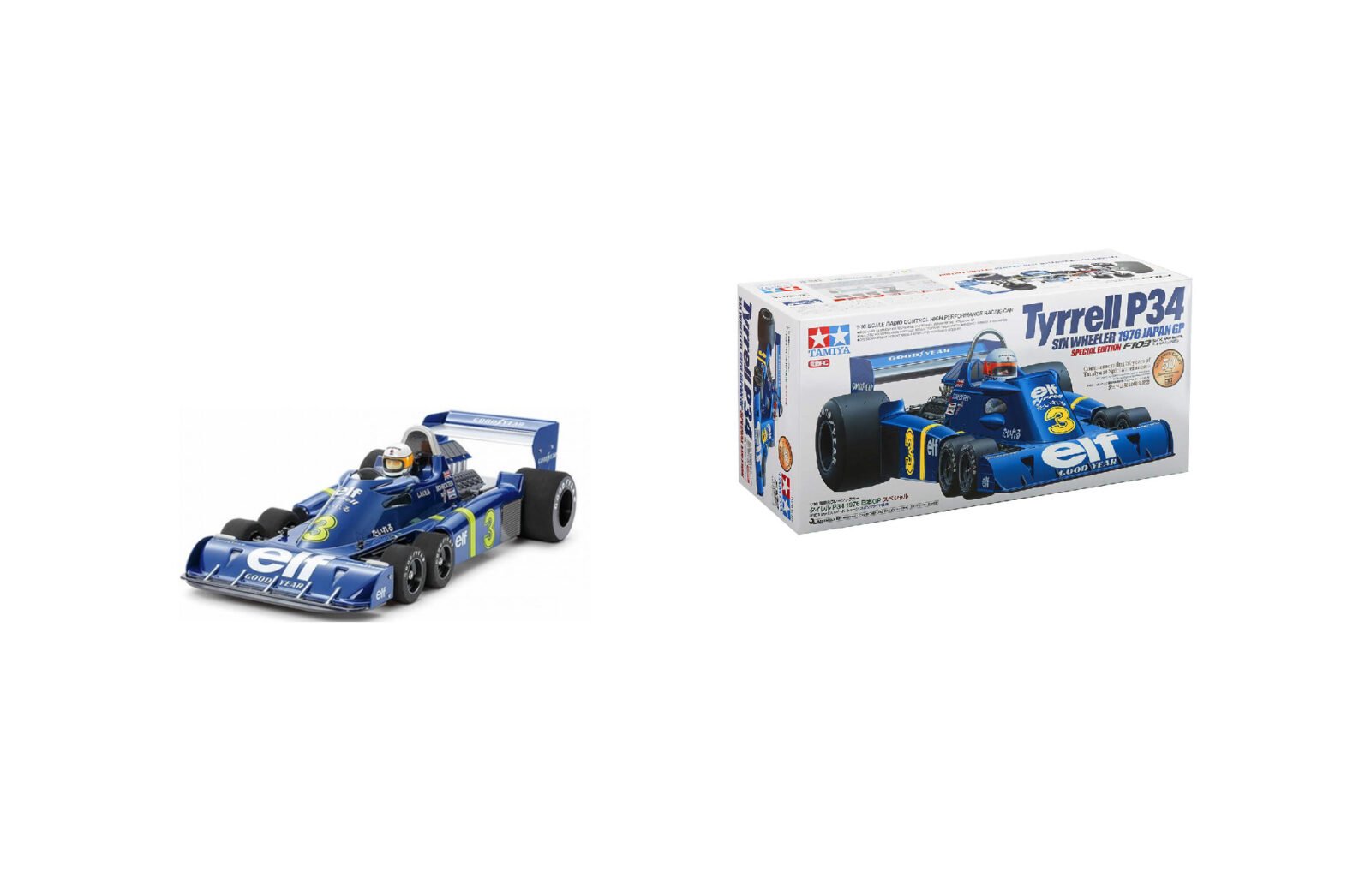 This Tyrrell P34 Six Wheeler by Tamiya is undoubtably one of the greatest remote controlled Formula 1 cars money can buy. The Japanese company released the first R/C model of the iconic F1 car back in 1977, and have kept it in production in various iterations ever since.

The car you see here is the 1976 Japan GP Edition version of the Tyrrell P34 Six Wheeler, it sits on a modified Tamiya F103 chassis and it has a removable polycarbonate body that covers the centrally-mounted battery pack and rear-mounted electric motor.

The original Tyrrell P34 is remembered as one of the most unusual and memorable Formula 1 cars of all time, with its four front wheels that were designed to lower frontal aerodynamic drag and increase grip.

The car began racing in 1976 and its true golden moment was a 1-2 finish at the 1976 Swedish Grand Prix with drivers Jody Scheckter and Patrick Depailler driving respectively. Eventually rule changes were made to outlaw cars with more than four wheels, and the Tyrrell was relegated to being a highlight in the history books. 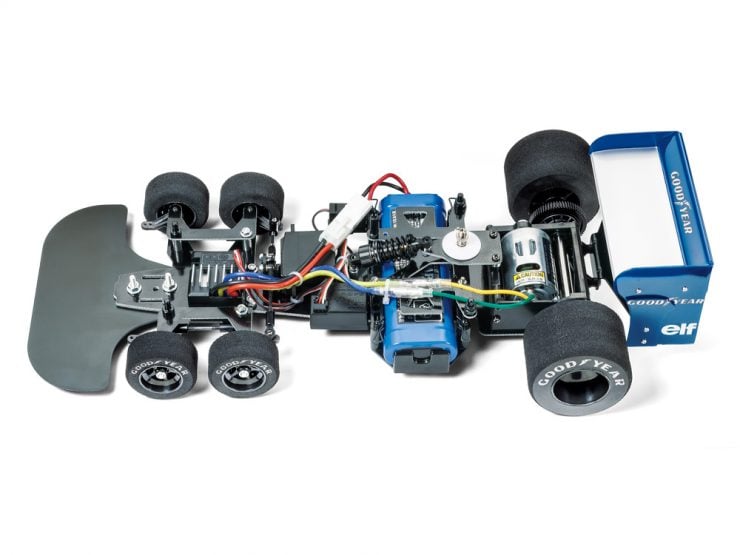 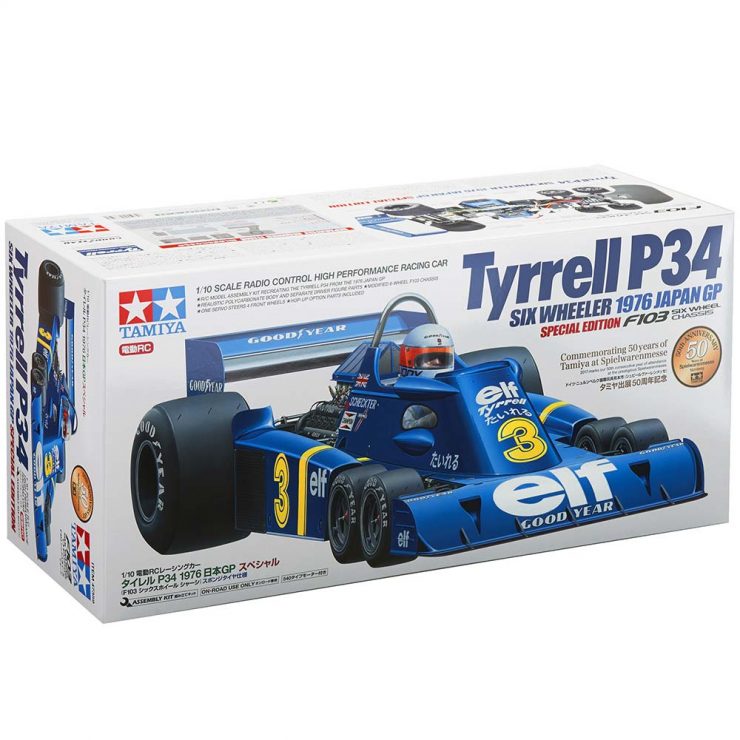 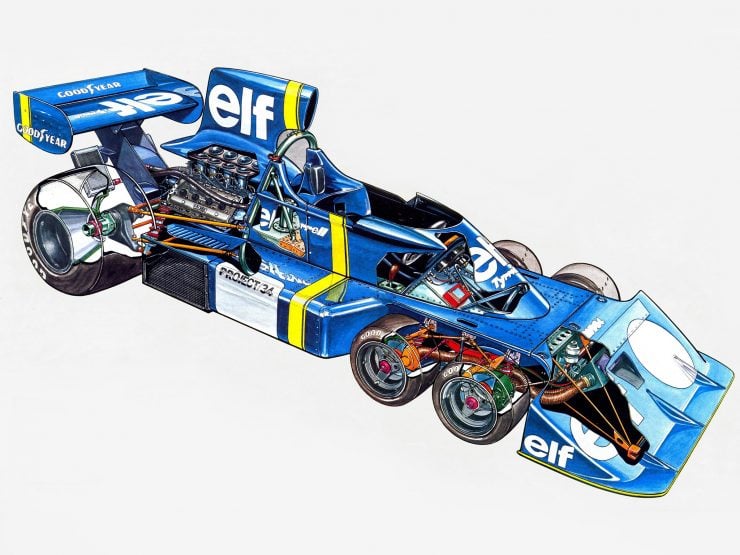 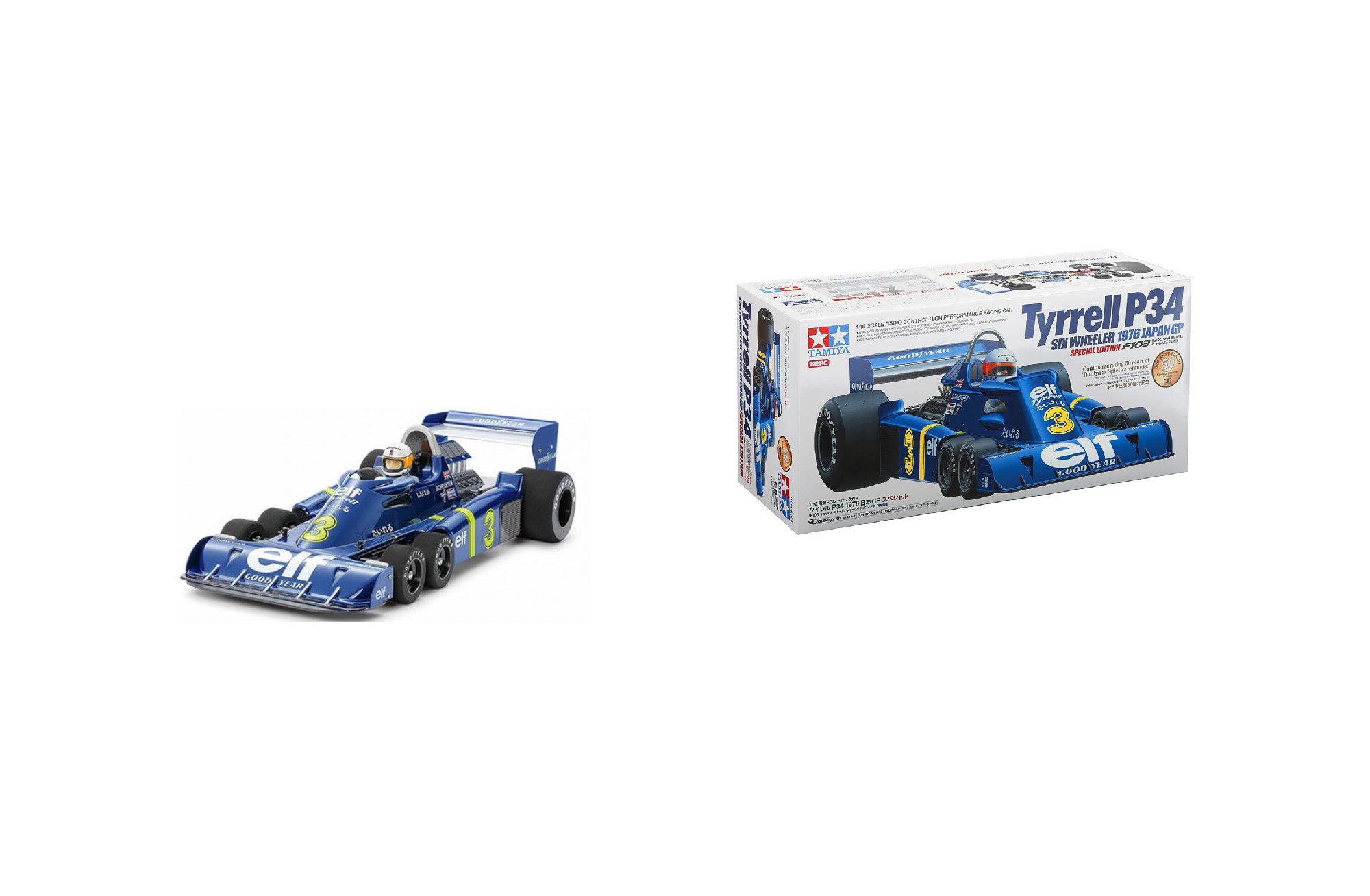 This is believed to be both the fastest and most powerful example of the Aston Martin V8 Vantage Zagato in the world. This is…