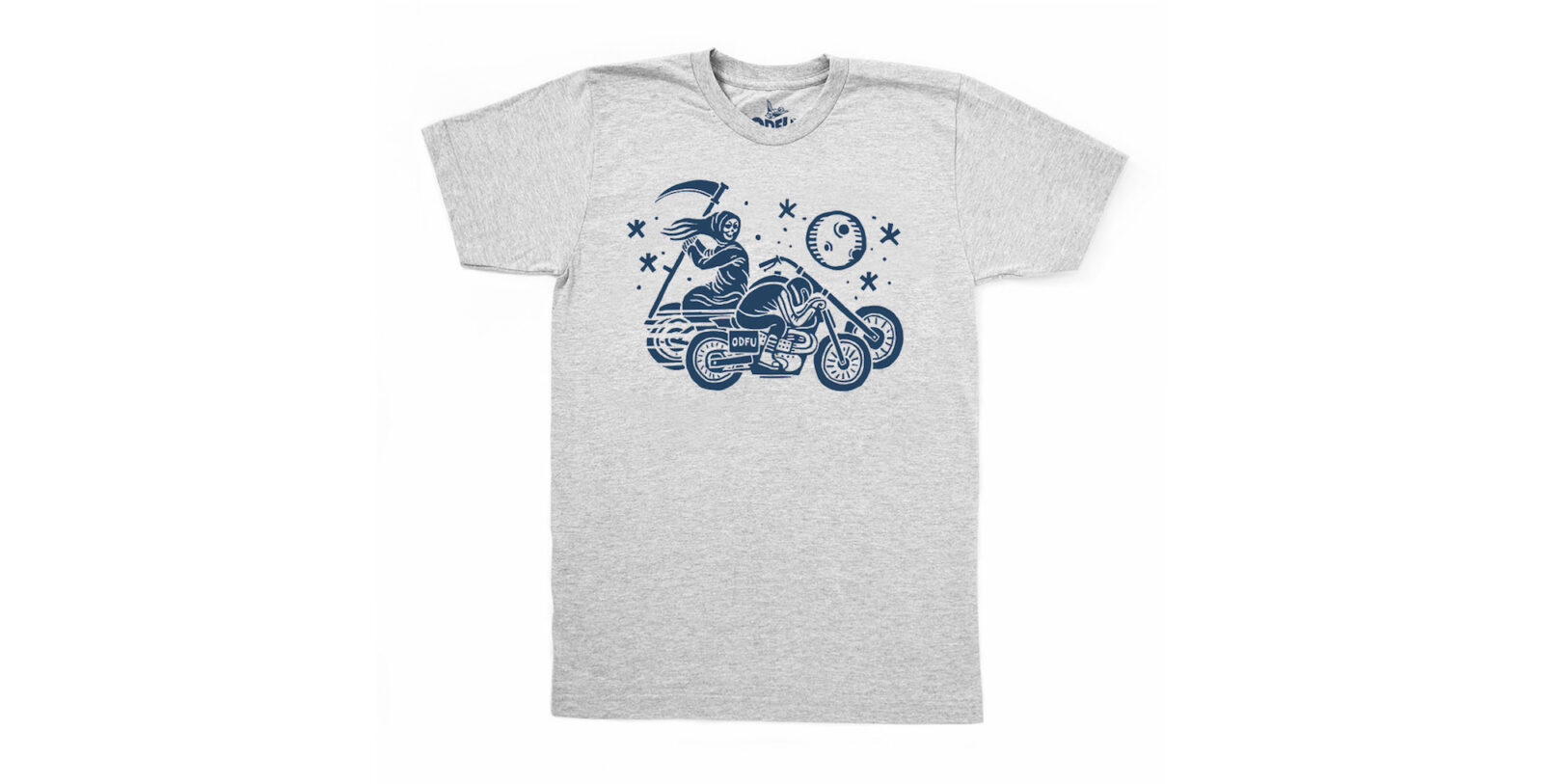 ODFU is an acronym for One Down Five Up, it’s also a British clothing brand run by designer and aspiring grease monkey Kevin Wilson. We’ve featured his work here before and it’s always been very popular, his designs are unique and they tend to appeal to those who have a penchant for cafe racers, flat trackers and moustache wax.

This is his latest design, it’s part of a collaboration with American designer Denton Watts and as always, each tee is hand printed, packaged and sent from Kevin’s workshop in England. 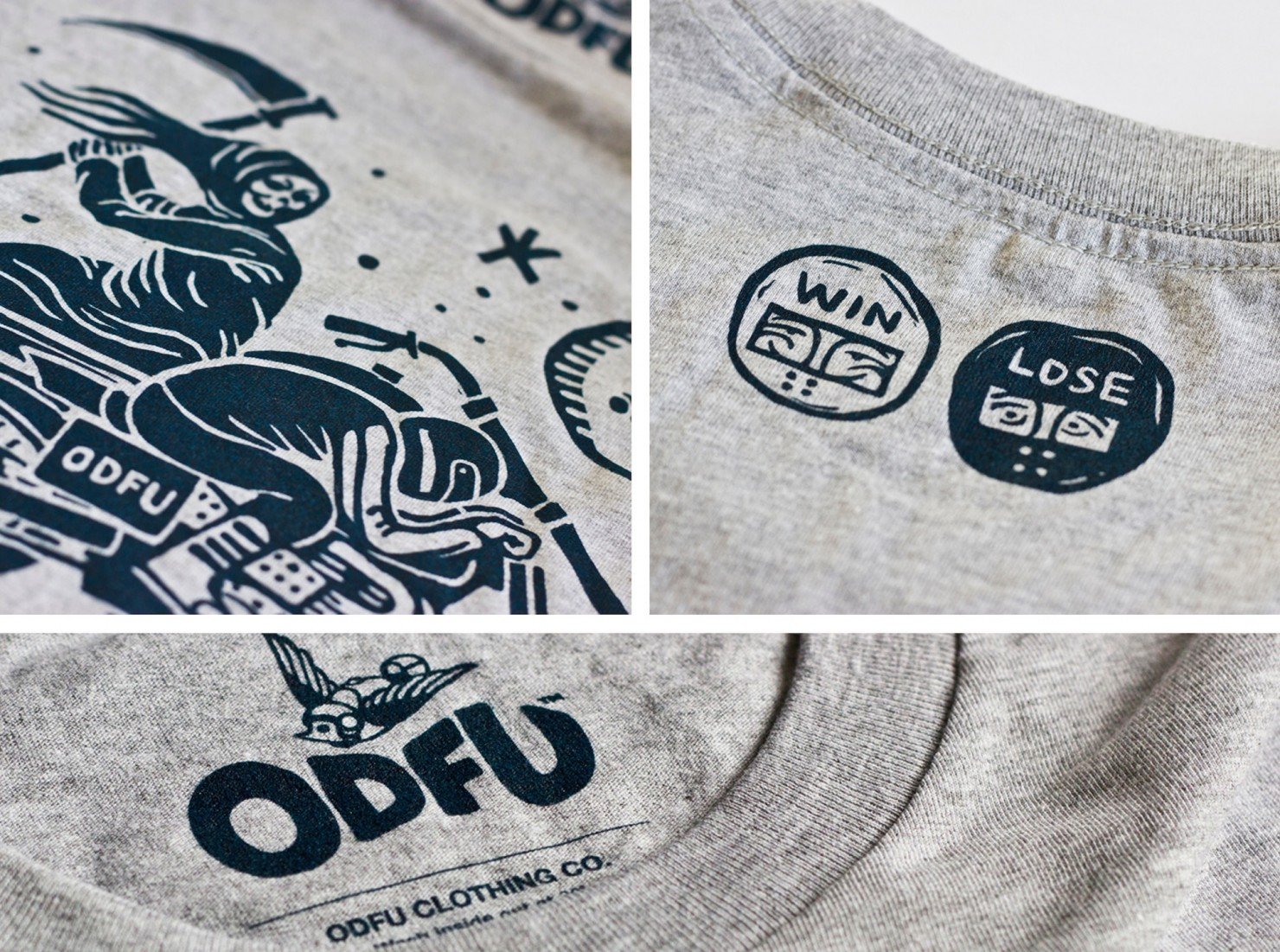 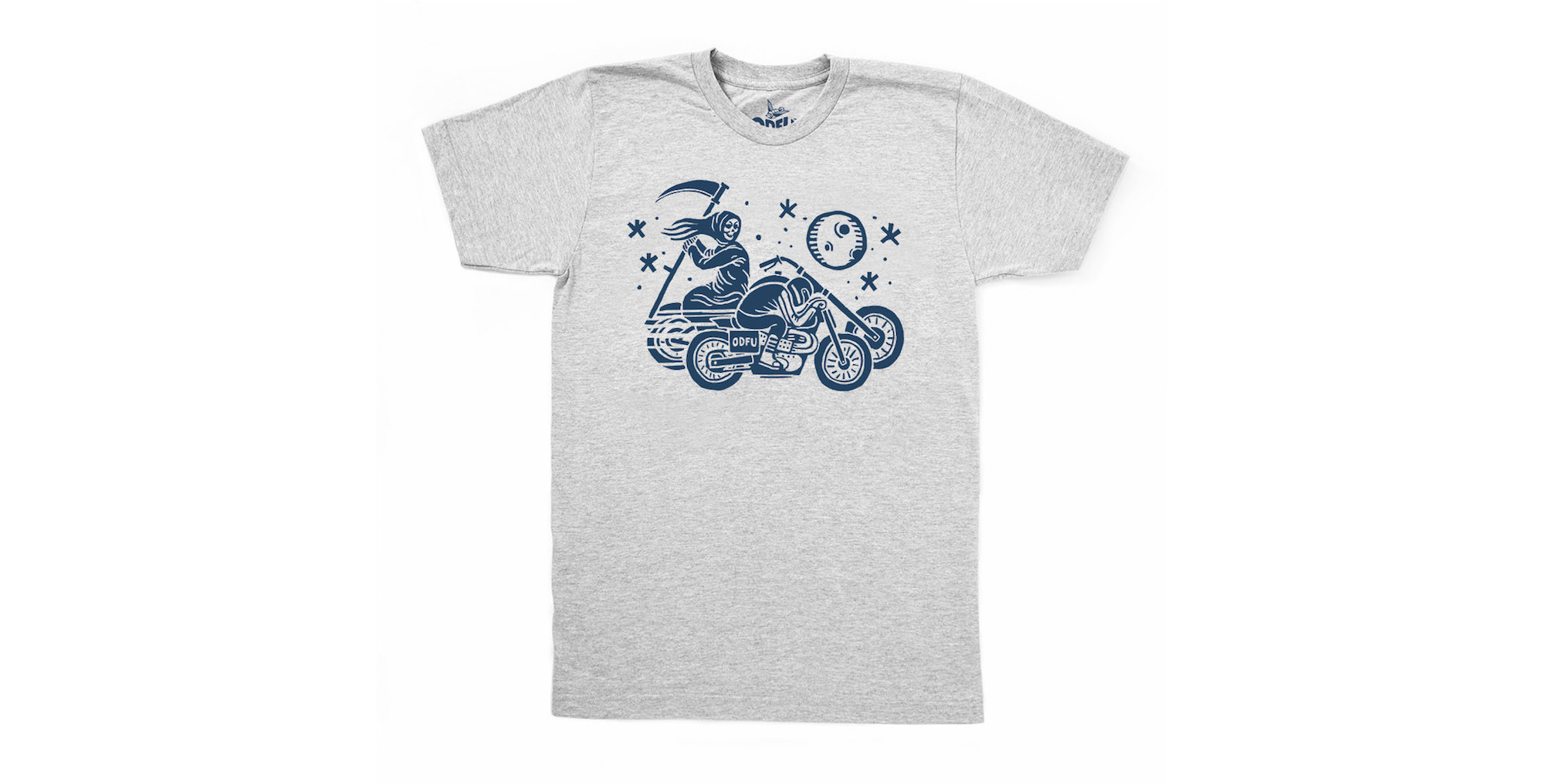