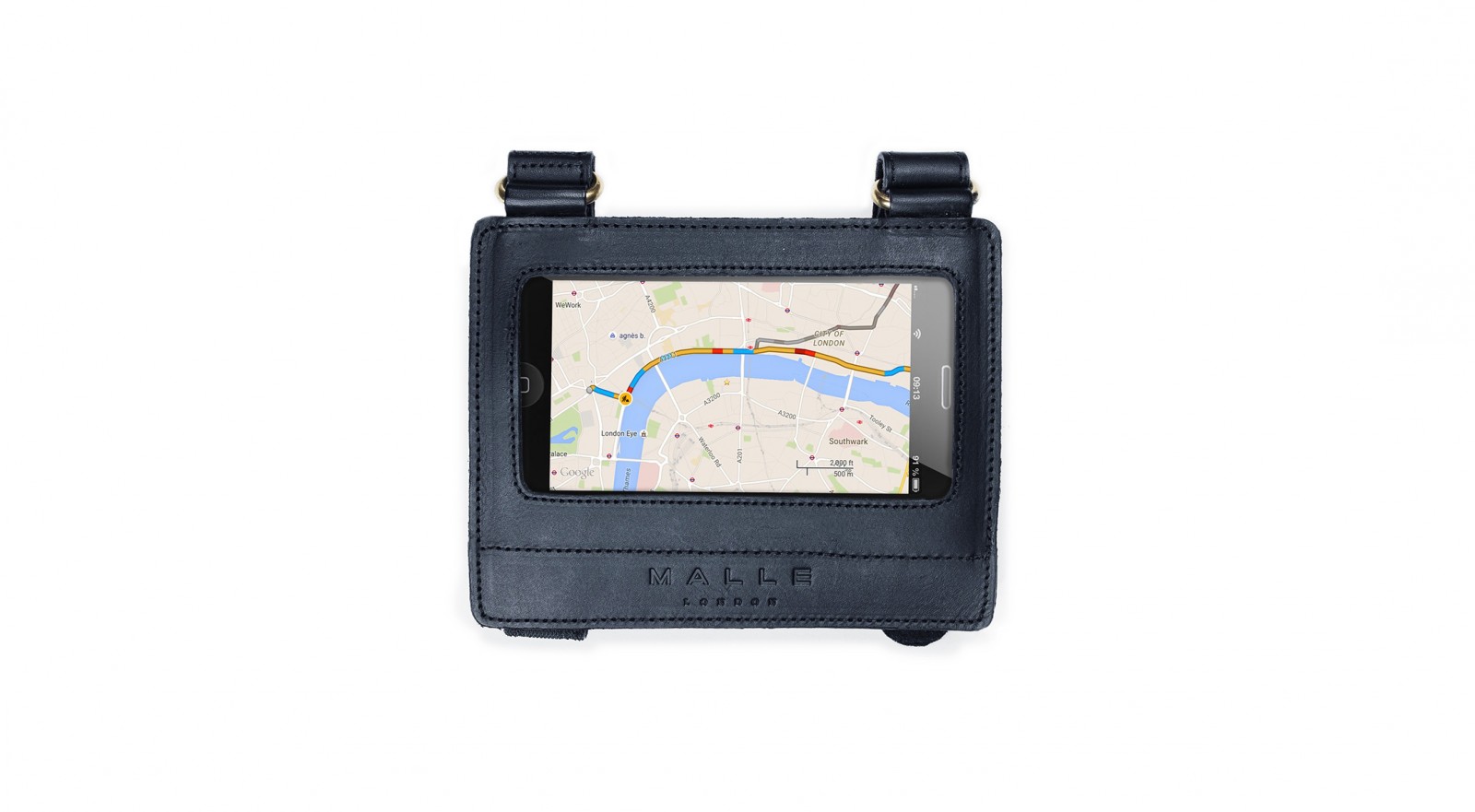 The Malle Motorcycle Handlebar Smartphone Case is made from tough and highly water-resistant Horween leather from Chicago – a leather commonly used for work boots and other industrial applications.

The transparent front of the case fits most Apple and Samsung devices and you can also fold up a paper map and slot it in. It’s been designed to be water/rain/snow/mud resistant and it uses twin industrial velcro straps to stay fastened to the handlebars or to your forearm, depending on your preference. 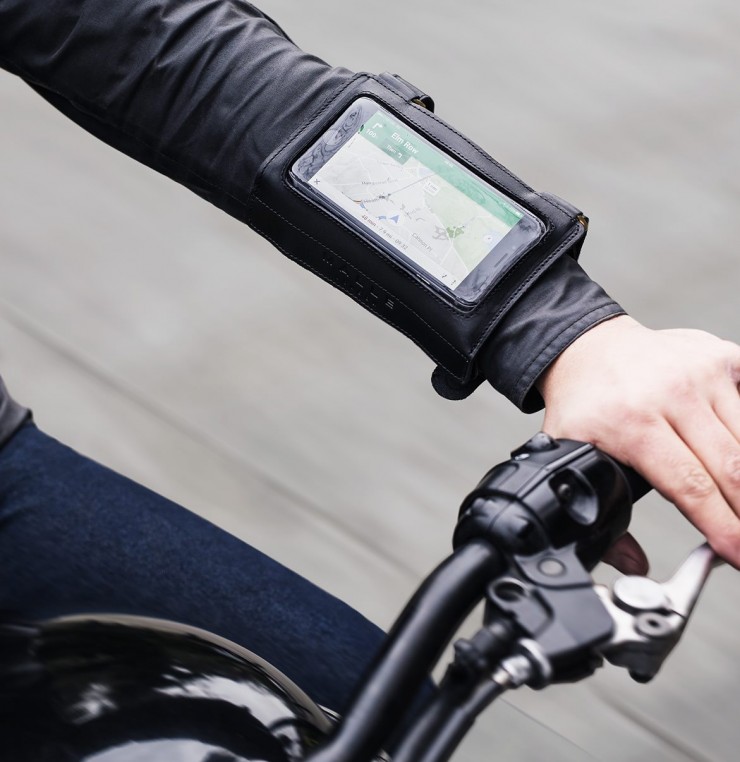 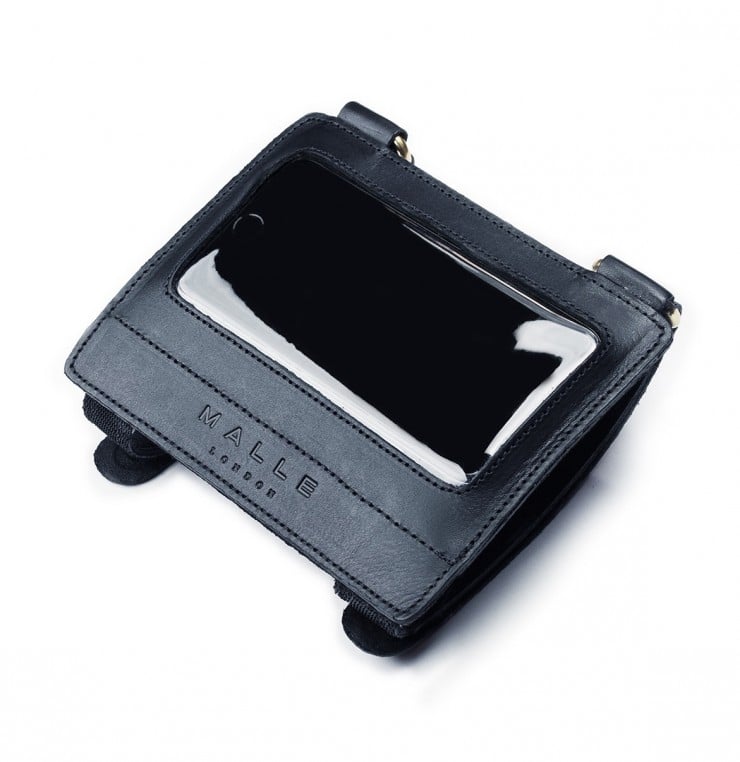 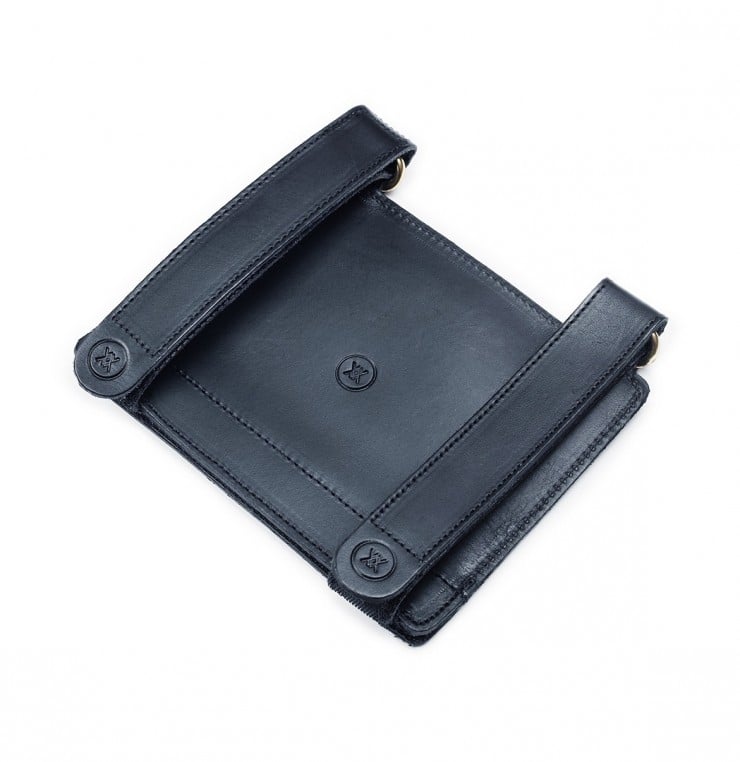 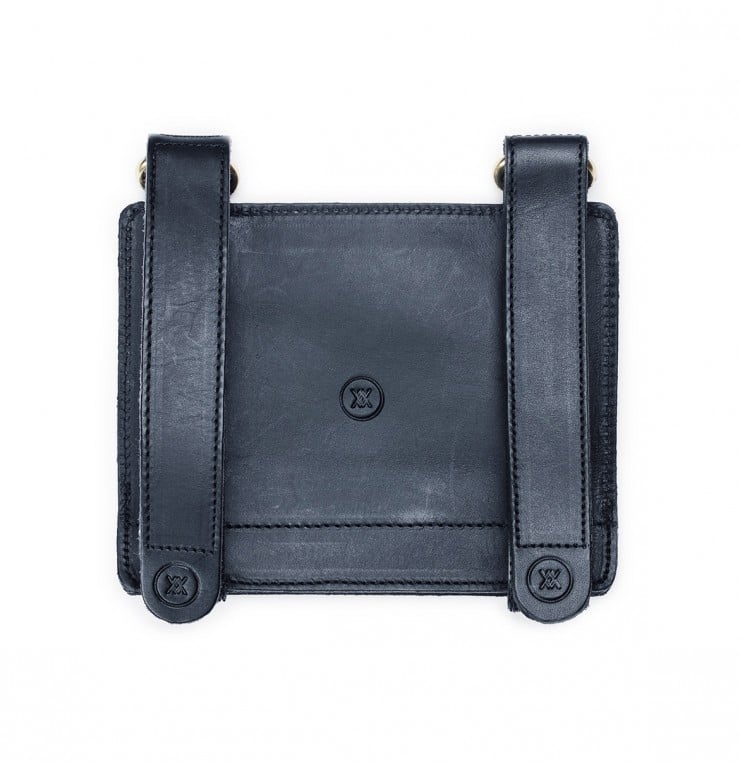 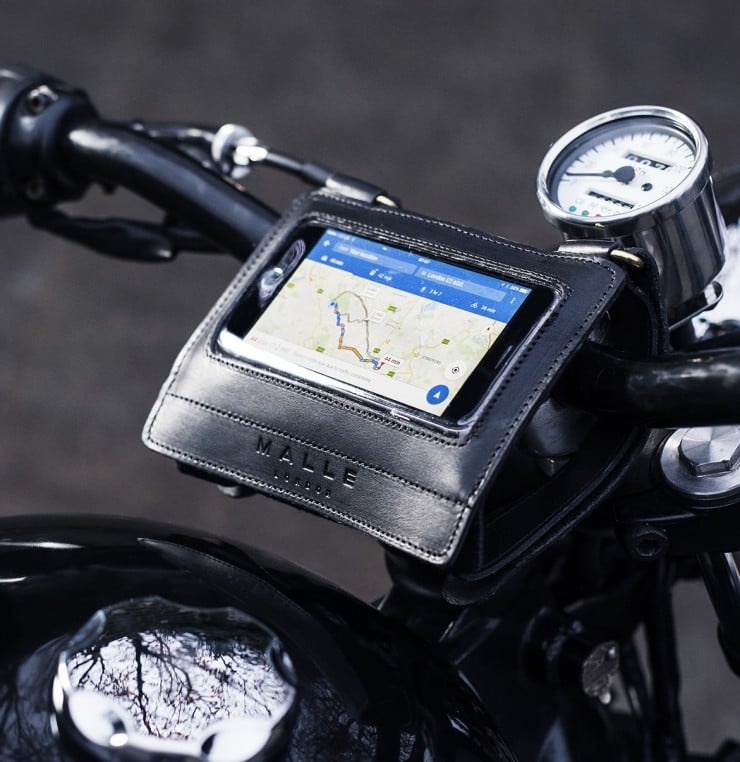