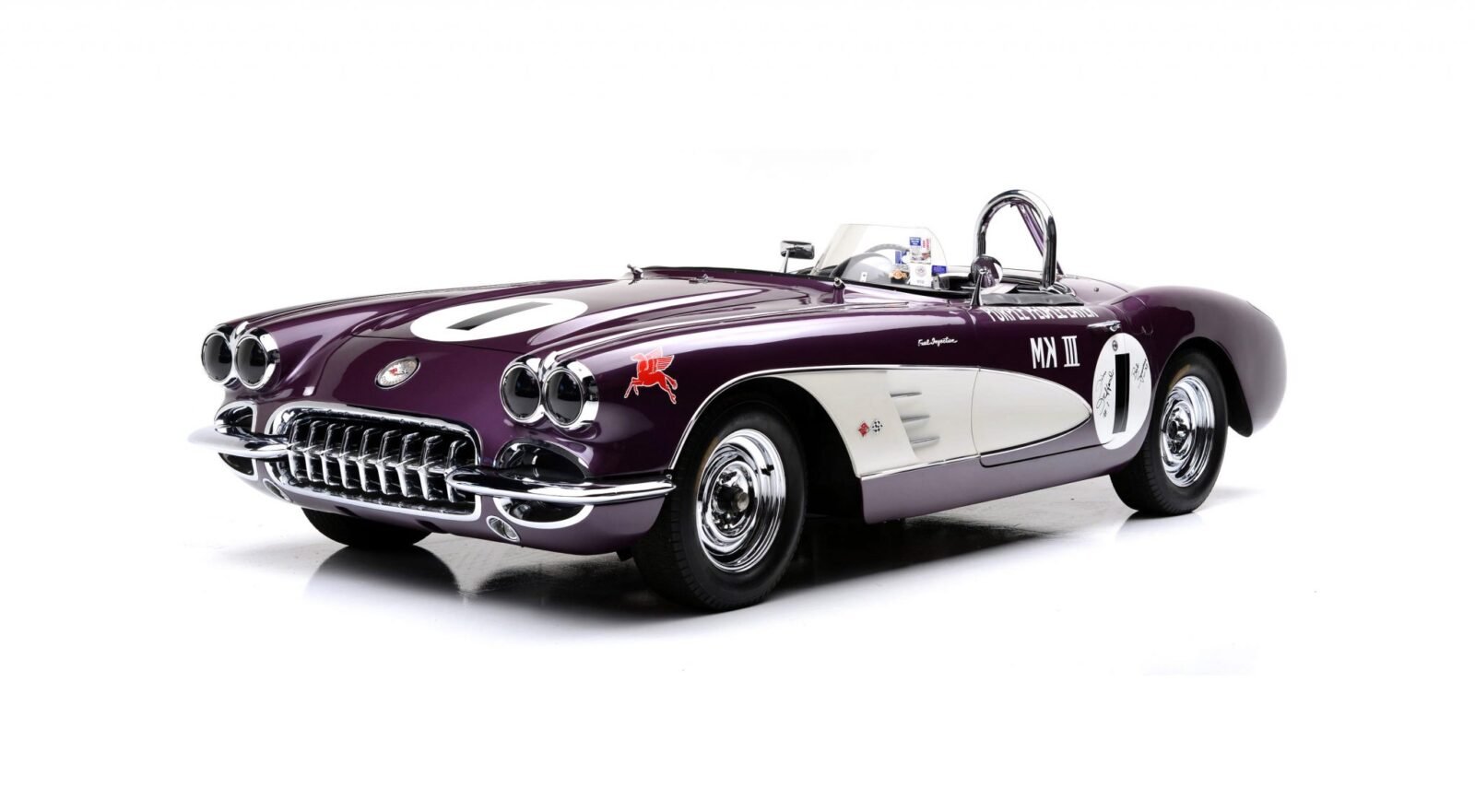 The Purple People Eaters were possibly the most famous Corvettes in the world in the late 1950s, they belonged to Nickey Chevrolet of Chicago and in a stroke of marketing genius, they were painted metallic purple and named after the hit novelty song “The Purple People Eater” by Sheb Wooley.

The Purple People Eater you see here was the third and final car to wear the eye-catching color, it’s also the car that won the 1959 SCCA B-Production Championship with the talented combination of driver Jim Jeffords and mechanic Ronnie Kaplan.

In the years that followed the Mk. III would continue racing with Bob Spooner and a new color scheme, by the mid-1970s the car’s glory days had been long forgotten. In 1974 at the Carlisle swap meet nobody could be found who wanted to buy the anonymous Corvette for its $1000 price tag, eventually friends Ken Heckert and Chip Miller pooled their leftover money and bought the car for the bargained-down price of just $800.

The two men autocrossed the Corvette for a little while and it eventually found its way into the inglorious position of being the lunch table in an body shop for 14 years – before a keen eyed patron identified the car as the iconic 1959 Championship winning Purple People Eater.

Amazingly the car still had its original engine, a 290 hp fuel-injected 283 cubic inch (4.6 litre) V8 and its 4-speed manual transmission. It had been ordered with additional specifications including posi-traction, heavy-duty brakes, and heavy-duty suspension and a heater delete. The Nickey Chevrolet mechanics had added a hood latch, a larger fuel tank, safety chains, a roll bar, and a smaller racing windscreen.

In the years that followed the car had been restored twice and shown around the country, and rather impressively it has stayed in the Chip Miller Collection since he bought it with Ken in 1974.

Chip will be offering his prized Purple People Eater for sale at the Scottsdale Auction due to be held by Barrett-Jackson on the 23rd of January 2016, there’s no estimated price listed, but you can be your bottom dollar that the new owner won’t be using it as a lunch table. 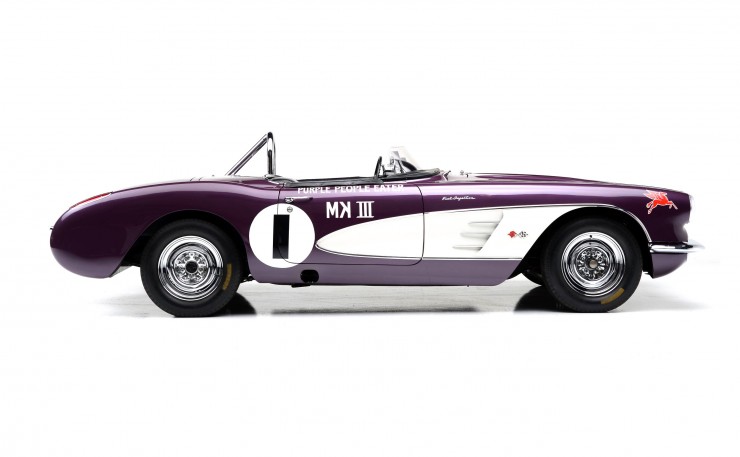 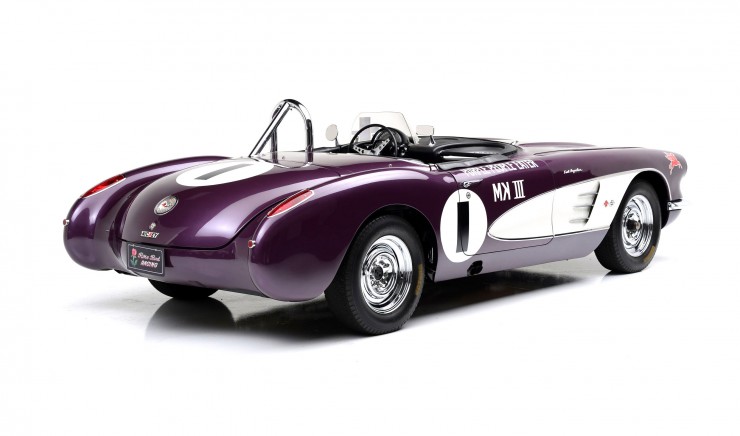 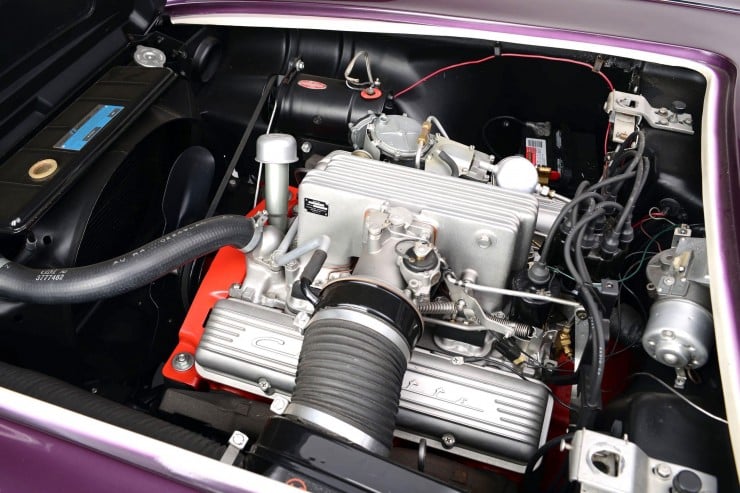 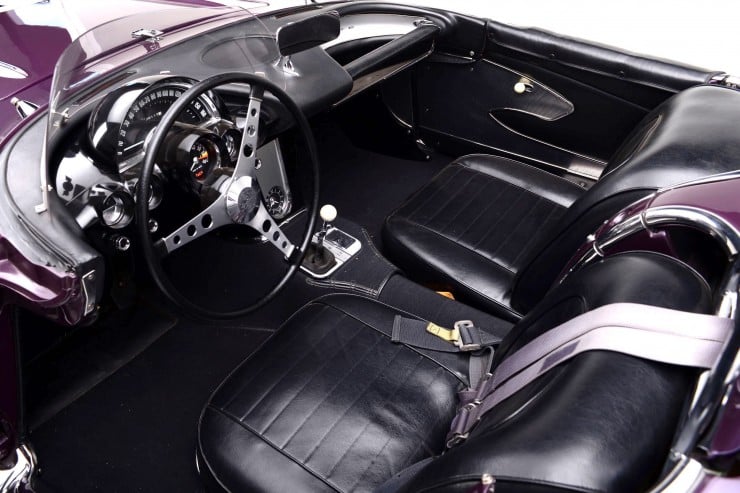 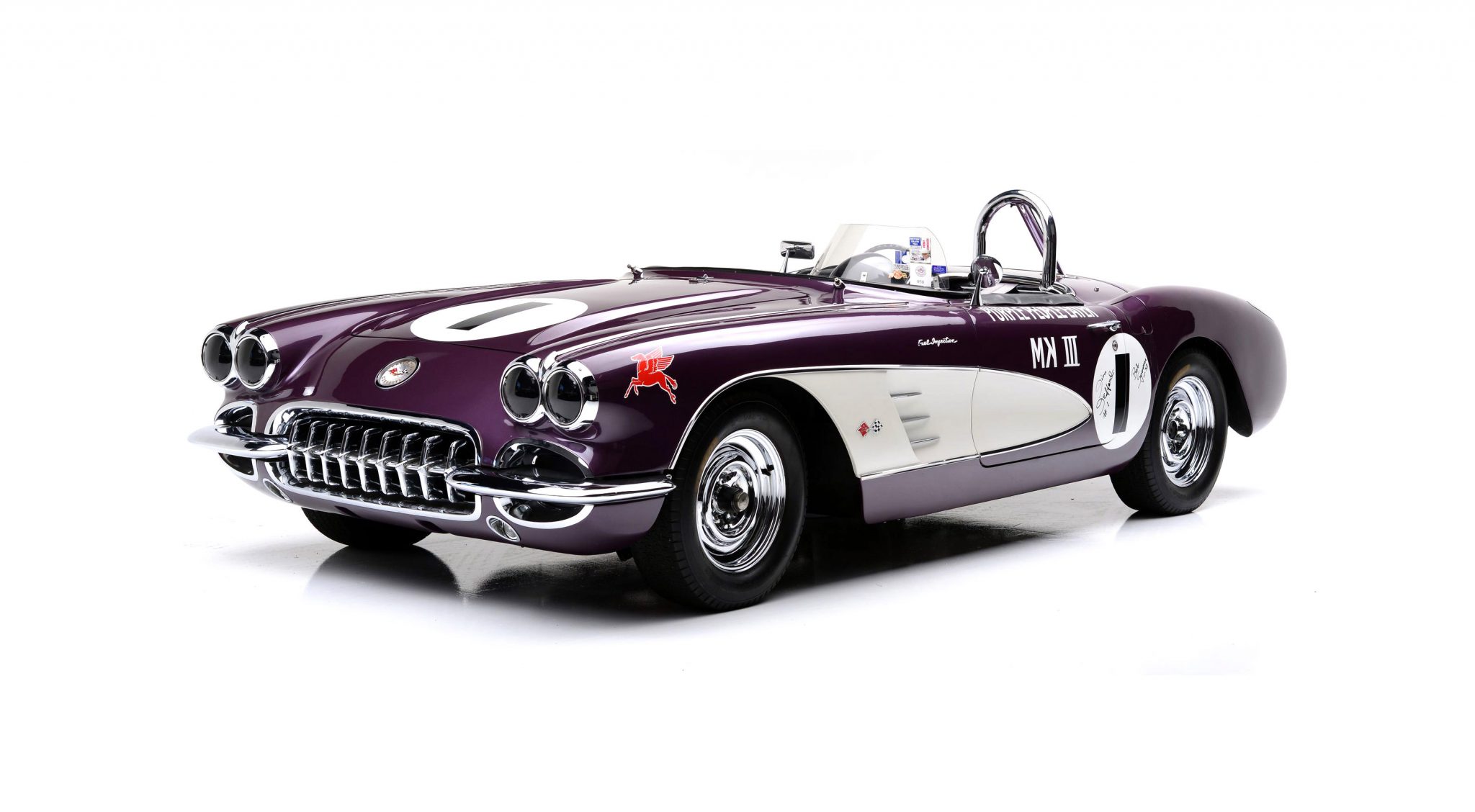