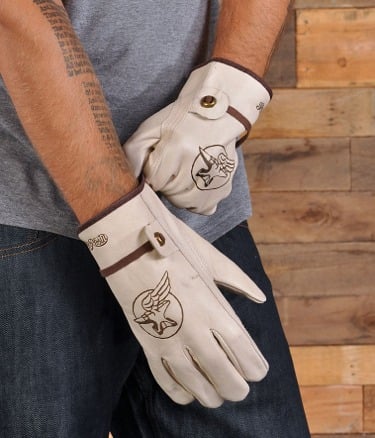 A decent pair of leather gloves are a step below a helmet in their importance to motorcyclists, I’ve had a couple of motorcycle mishaps in my time and it always seems that my hands hit the ground first, followed by every other part of my body, with varying degrees of speed, pain and skin-loss.

These beautiful, retro gloves from Iron & Resin are made from grain, cowhide leather, they feature a draw-string wrist attachment and they won’t make you look like a Tron-Power Ranger. 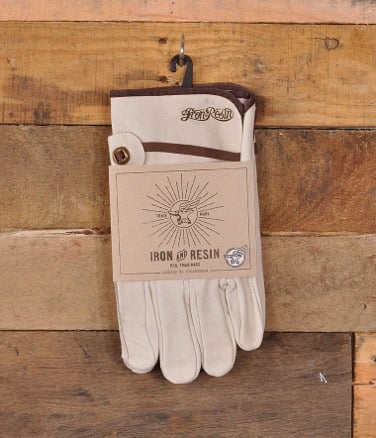