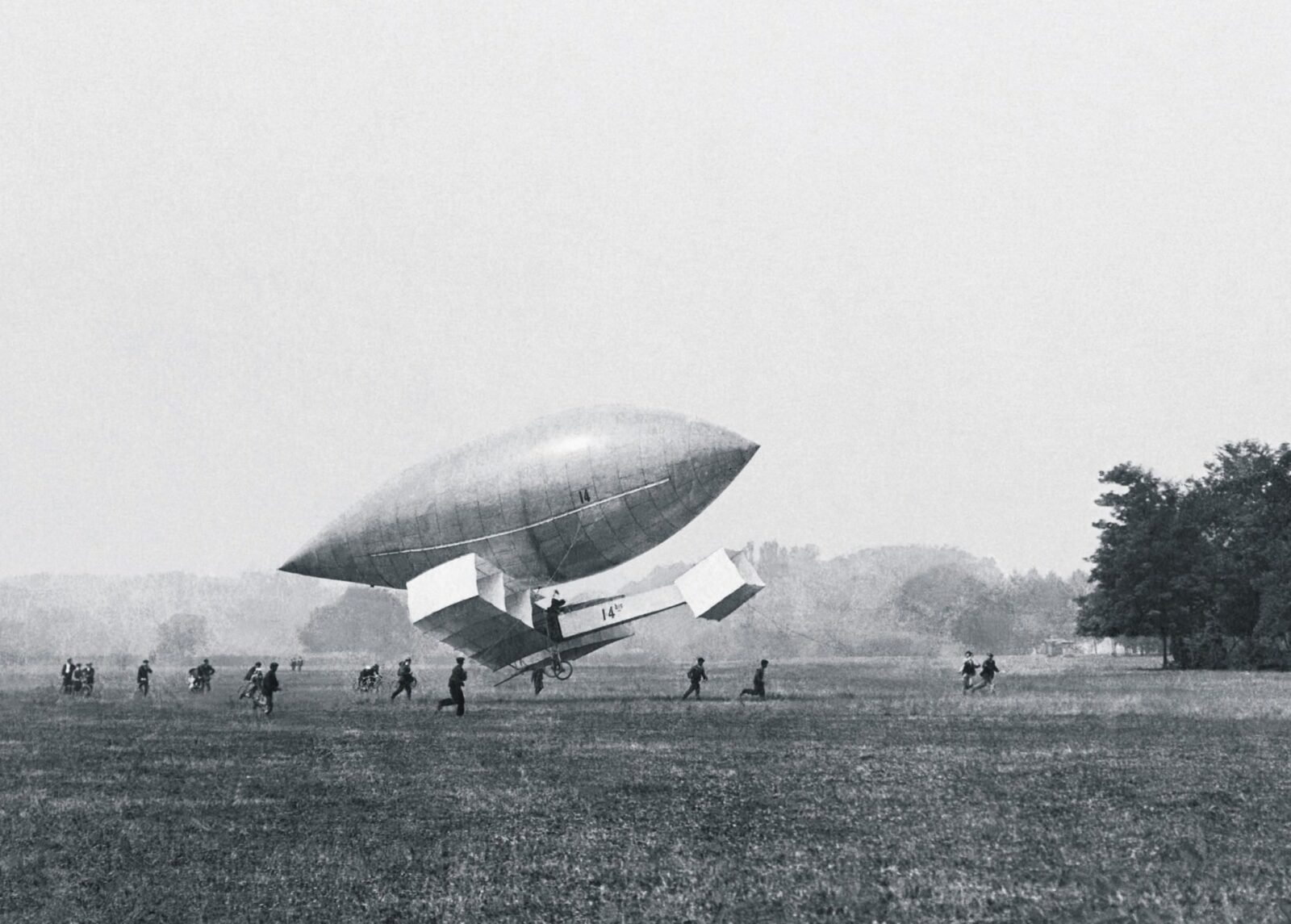 The #14 Hybrid Airship by Alberto Santos-Dumont was the first recorded attempt at combining a fixed wing aircraft with an airship, the above image was taken in 1906 at the #14s inaugural flight on the grounds of the Chateau de Bagatelle in France.

As you can probably tell, the flight didn’t go well and the repeated failures of the aircraft led Santos-Dumont to remove the dirigible and modify the #14 for pure heavier-than-air flight, which he successfully completed on the 23rd of October of the same year. His flight was the first public flight of a heavier-than-air aircraft anywhere in the world, of course he was pipped by 3 years by the Wright Brothers however their earlier flights had been conducted in private.

You can read more about this fascinating contraption here via Wikipedia. 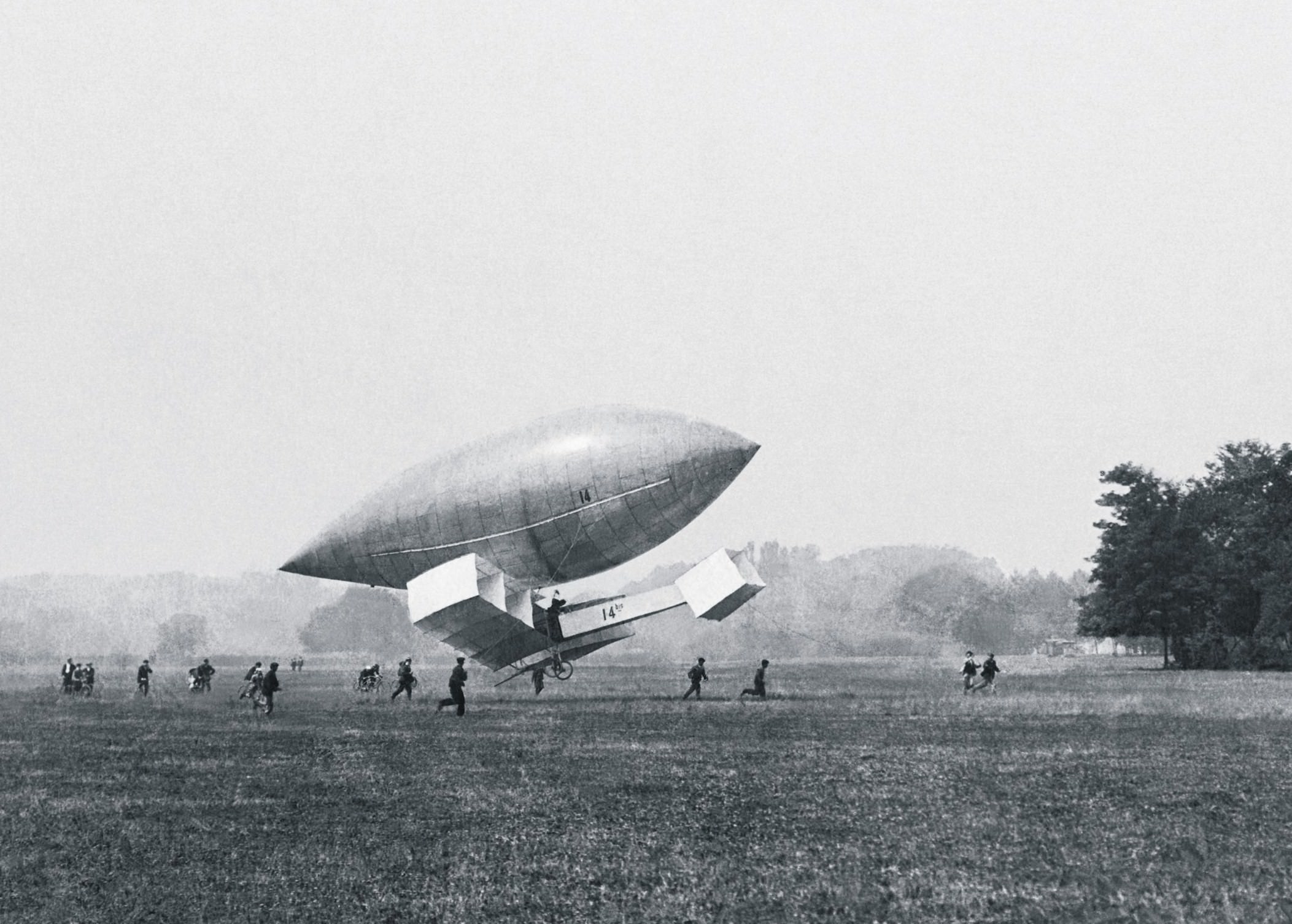