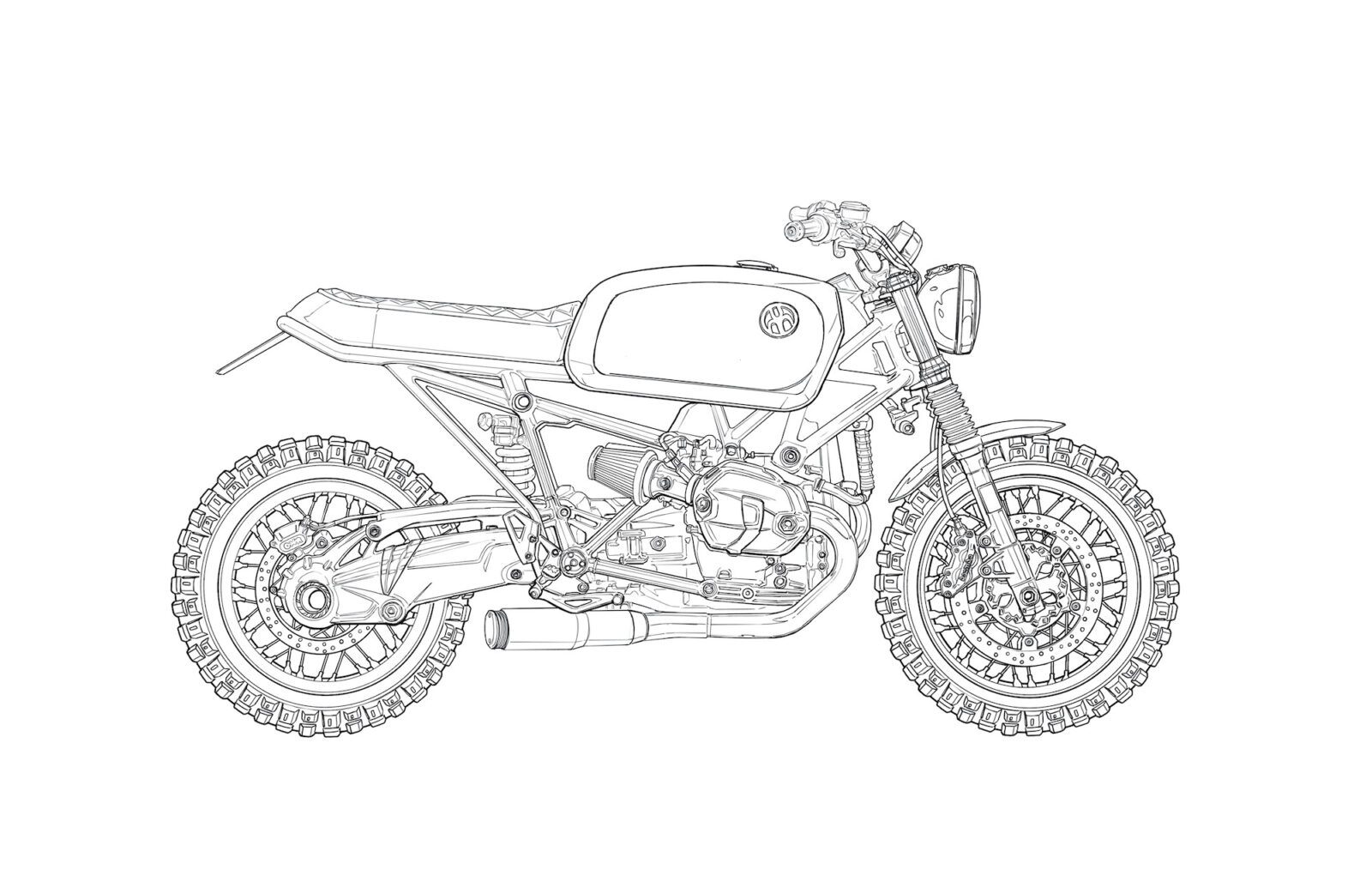 Many of us are spending far more time indoors than usual and if you’re anything like me, you’re on the lookout for things to keep you occupied. Adam Kay of Untitled Motorcycles in London has come up with a solution – a collection of free adult colouring images that you can download and get to work on in the comfort of your own home.

Each of the nine images measures in at over 5000 pixels wide and over 3000 pixels high, they’re all 300 DPI so you’ll have no trouble printing them out at a good size on a home printer. Each image was created by acclaimed illustrator and artist Ian Galvin.

Untitled Motorcycles have workshops in both the United States and United Kingdom, one of very few custom motorcycle companies with an international presence. 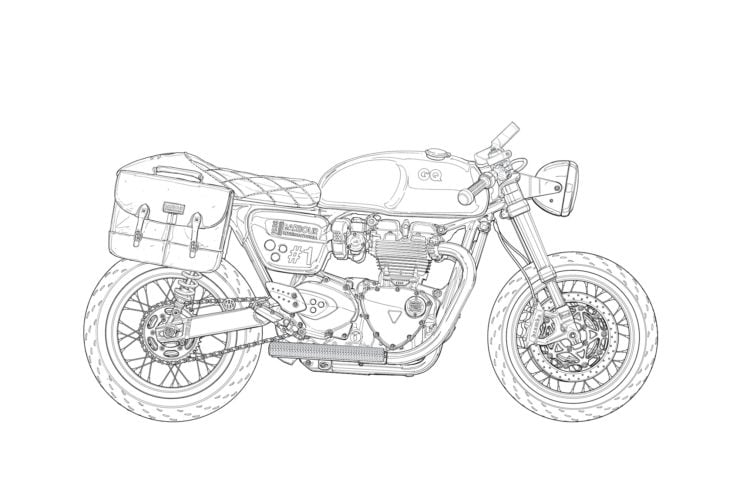 UMC was founded in 2010 by Adam and Hugo, in the decade since they’ve become one of the world’s leading custom motorcycle companies with multiple features in books, magazines like GQ, Cycle World, and Playboy, as well as websites like Silodrome and Bike EXIF, TV shows like Jay Leno’s Garage, and the recent feature film “Oil In The Blood”.

Adam Kay is the man in charge of the London division of Untitled Motorcycles, as the United Kingdom is currently under lockdown he decided to create this series of line drawings for other people to color in – and help provide some much needed entertainment.

Adam is offering them all for free for non-commercial use, we’ve included lower-resolution versions here for display purposes but if you’d like to download the full collection in high-resolution you can click visit his Instagram using the link below. 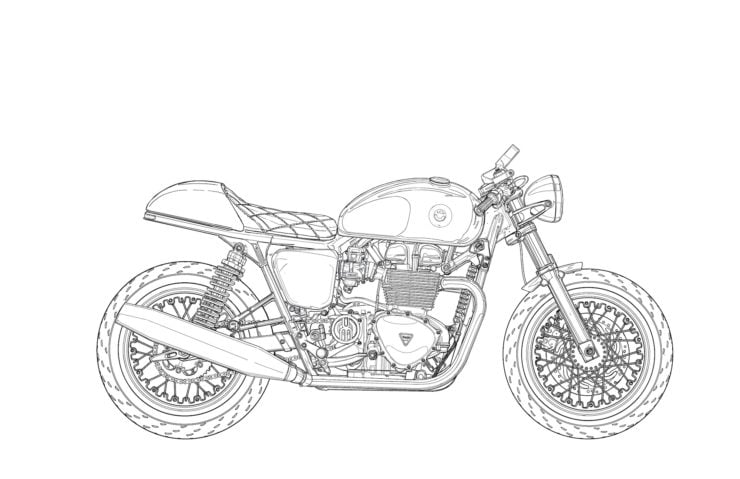 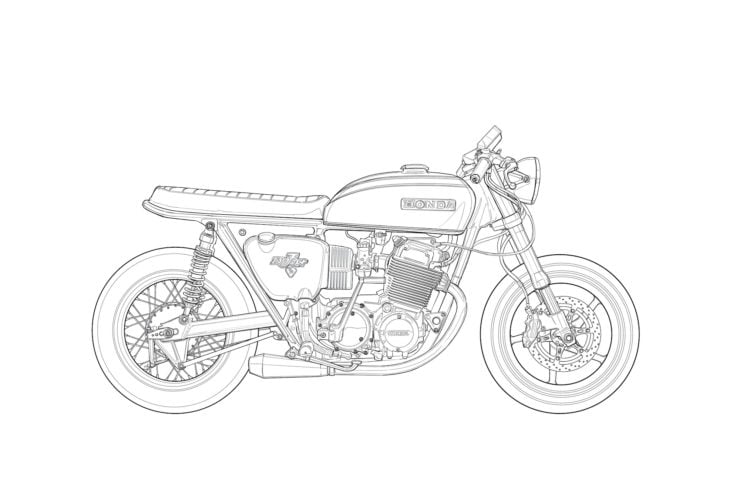 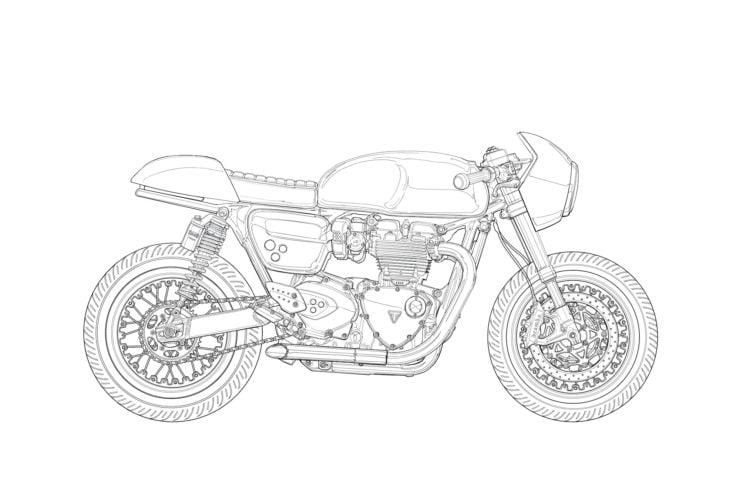 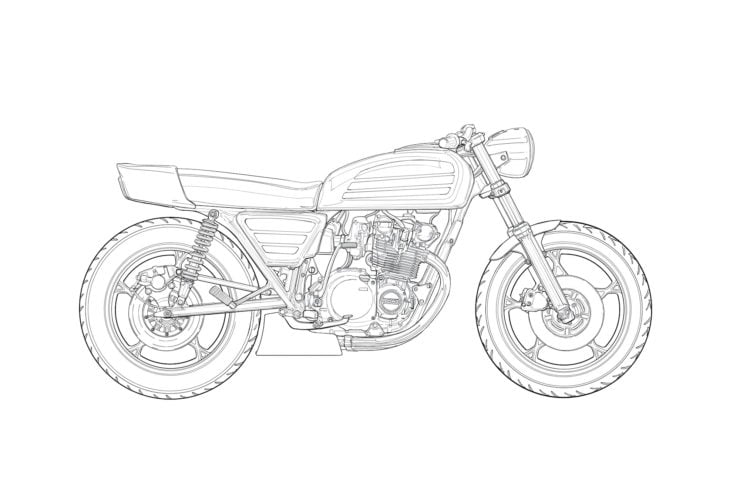 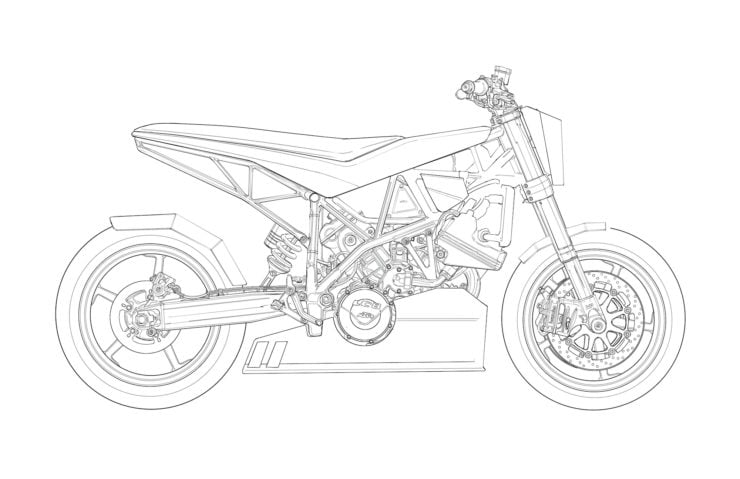 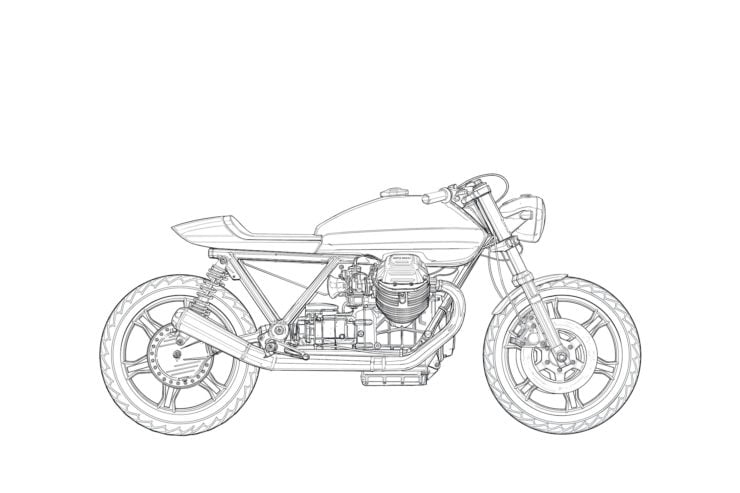 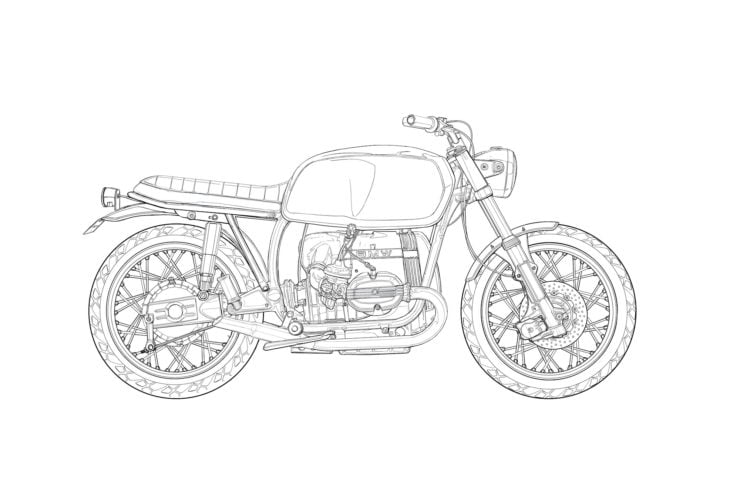