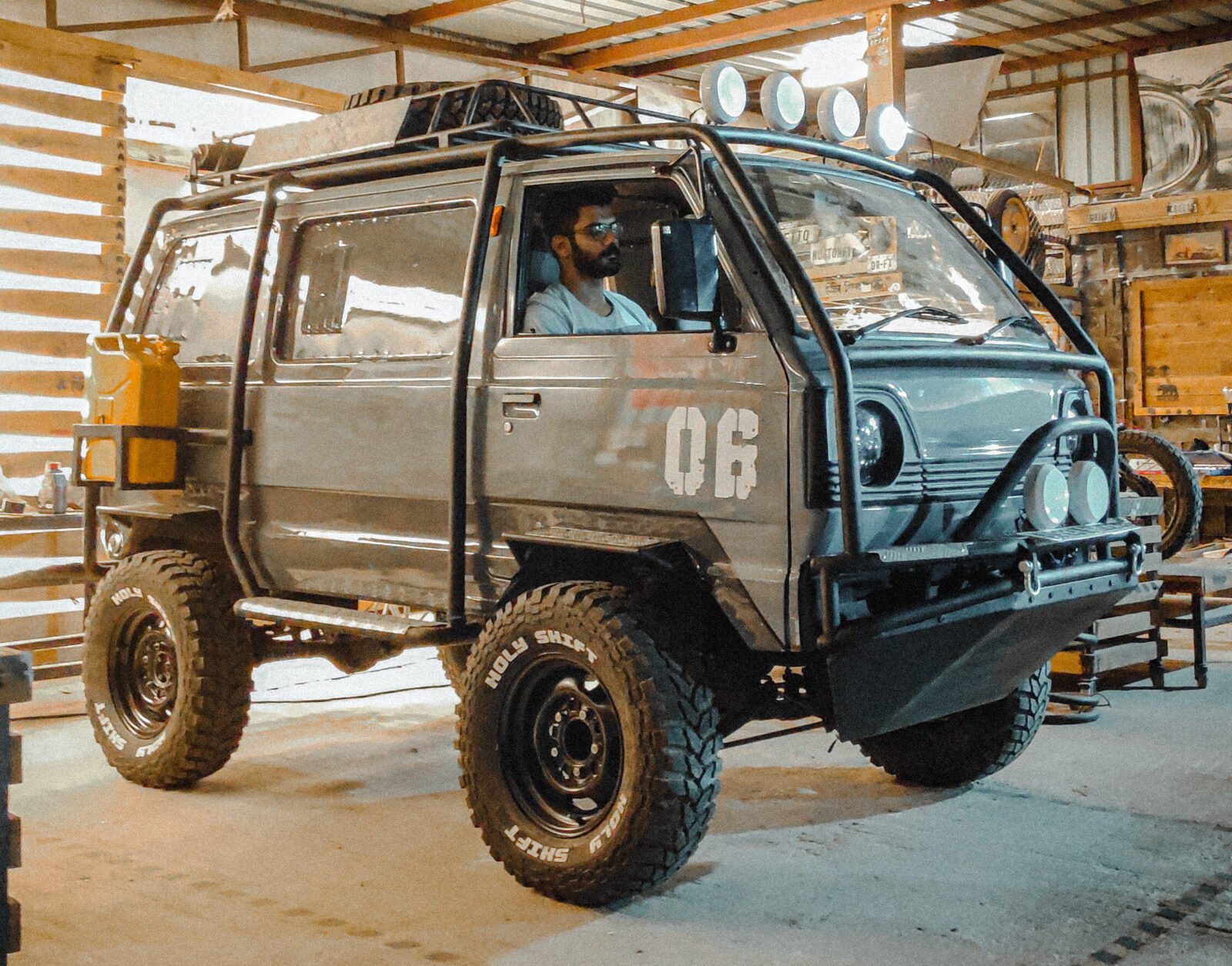 Holy Shift Garage is an Indian custom motorcycle (and car) workshop that channel the original spirit of the A-Team but with a distinctly South Asian style. The team have their own TV show on India’s hugely popular Power Drift channel, with millions tuning in to watch them turn otherwise normal Indian vehicles into wild and wonderful customs.

This Suzuki Omni (Suzuki Carry) van is their latest four-wheeled creation, they started with a scrapped Omni that was in such terrible shape it was almost certainly destined for the crusher. Once they had stripped it back to bare metal they released it was worse than they had initially anticipated, there was rust everywhere, the engine wasn’t working, and the interior was unusable.

Once they had a bare shell the plan began to come together, a new engine, transmission and rear axle would be fitted, as well as new suspension and suspension spacers to give the battle van more ground clearance.

The new rear axle was sourced from a Suzuki Gypsy (Samurai), it was considerably tougher than the original Omni axle however the differential was offset to one side as is common in 4×4 applications. This meant the axle tubes needed to be cut and extended to bring the differential into the centre so it matched up with the driveshaft coming down the centre-line of the Omni.

A new 1,000cc four-cylinder engine was sourced (also from a Samurai) as well as a new transmission – although not big this engine is 200cc larger than the 800cc three-cylinder engine originally fitted to the Omni in India.

“Driving it is a mixture of emotions, fear of death and also a sense of accomplishing something unique.”  Pranav from Holy Shift Garage

The wheel arches needed to be cut out considerably to accomodate the new larger Maxxis Trepador off-road tires, and a new motorcycle carrier was fitted to the back of the van to carry one of the Holy Shift Garage custom motorcycle builds. 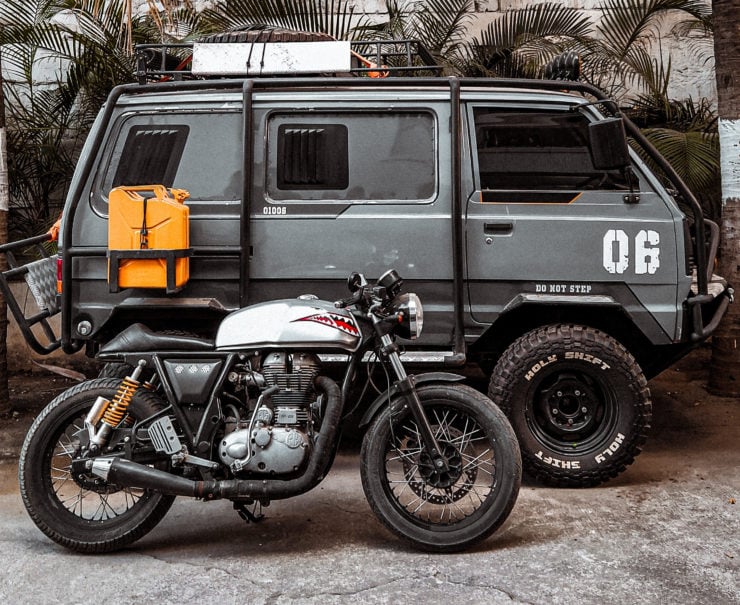 Not content to leave it at that, the team also fabricated a full external roll cage and a roof rack with a light bar, a front bullbar, new LED headlights, jerry cans to carry fuel/beer, and six forward facing spotlights. The side windows were all replaced with vented metal plates and the van was finished off with a military inspired paint scheme.

The team at Holy Shift Garage already have more plans for the battle van, including a a larger engine, and a series of brake and suspension upgrades to make it better suited for cross-country road trips. We’ve included the full episode that shows the build process from beginning to end, it also introduces you to the team and shows just how much work went into it.

If you’re interested in seeing more unusual custom builds from Holy Shift you can follow the team’s Instagram accounts below, they have a lot more on the way including both custom cars and motorcycles. 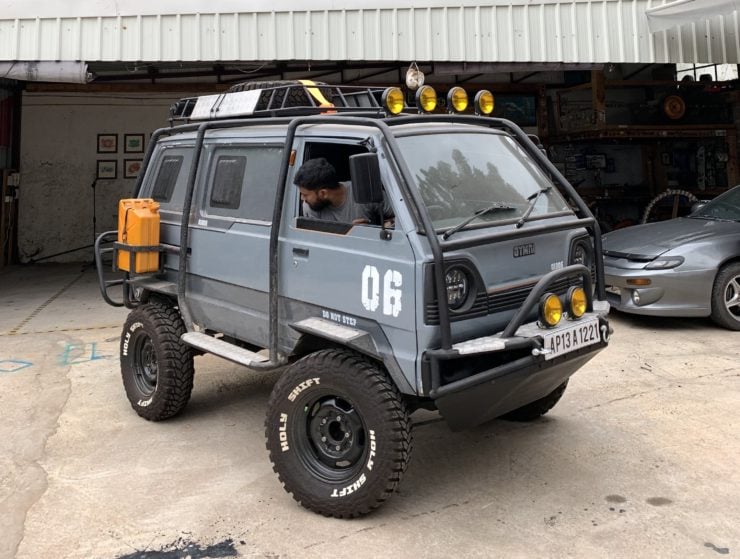 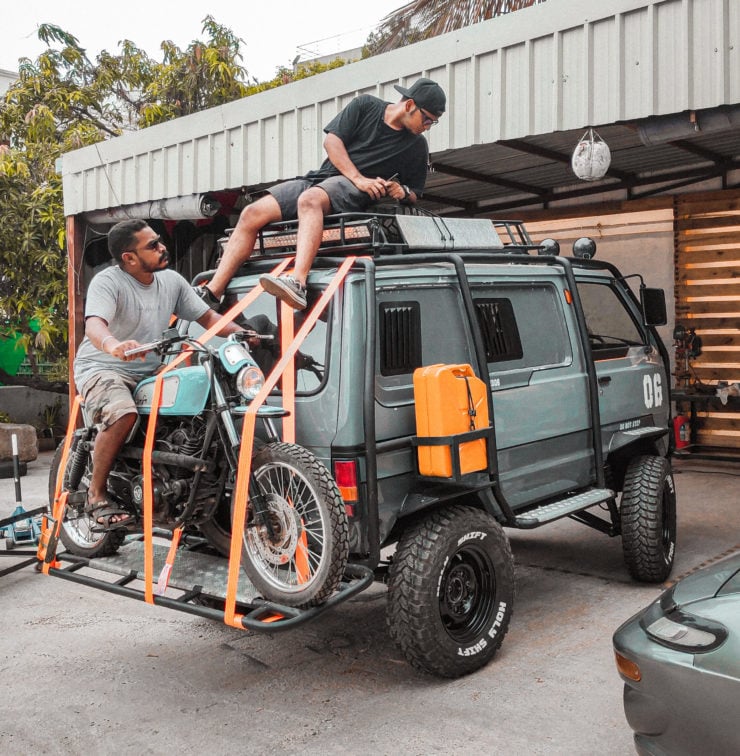 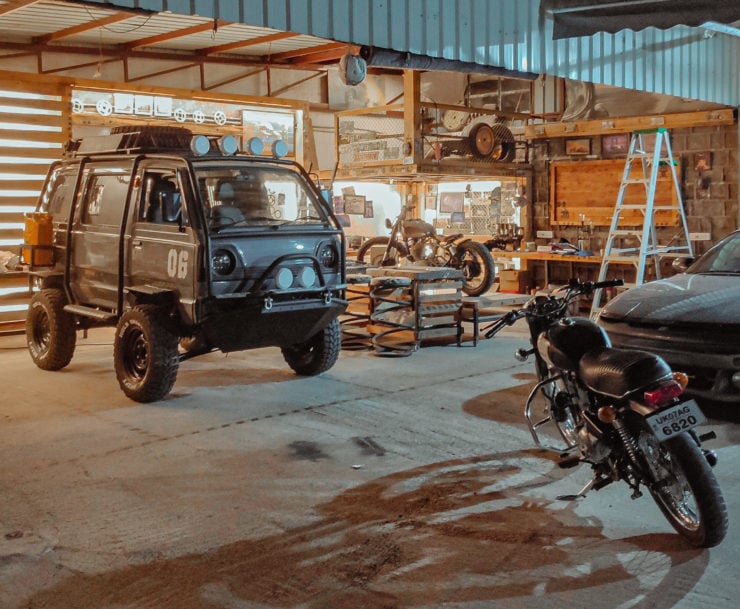 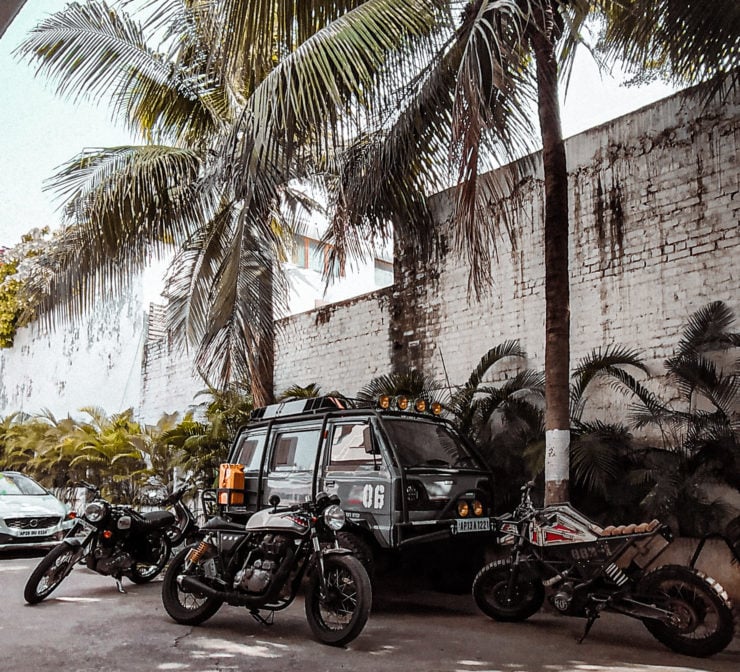 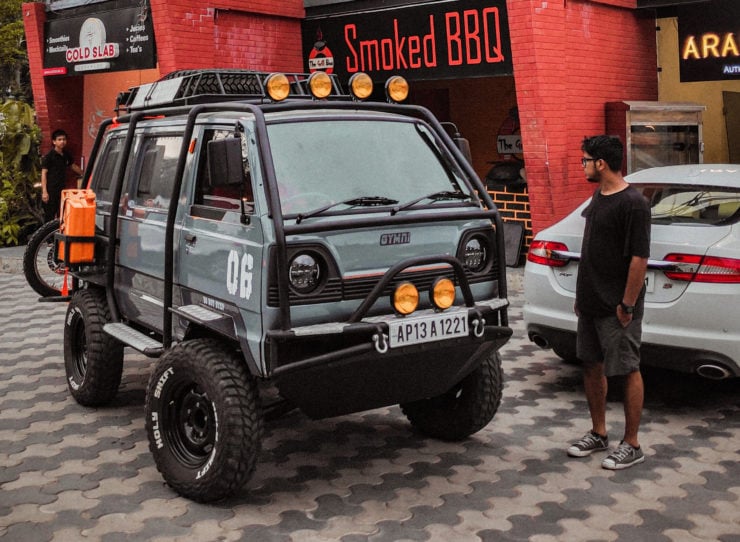 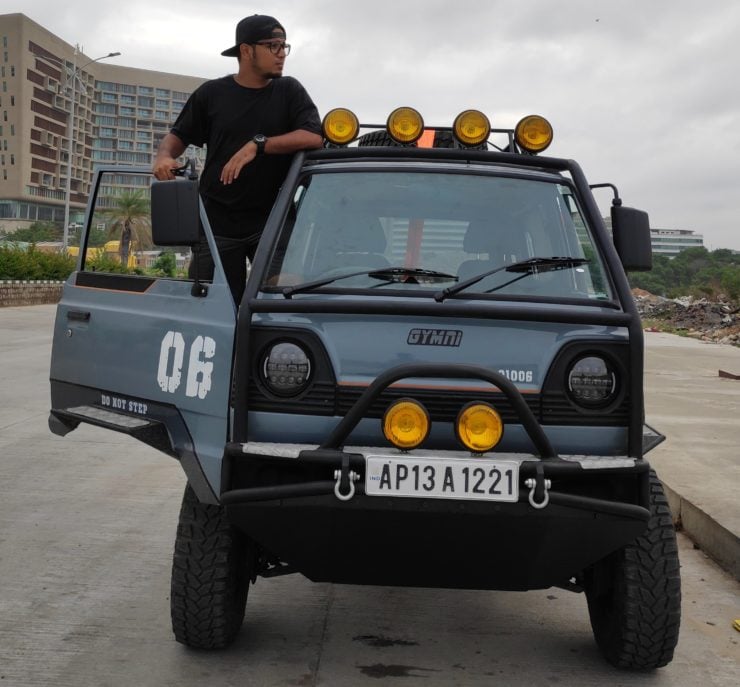 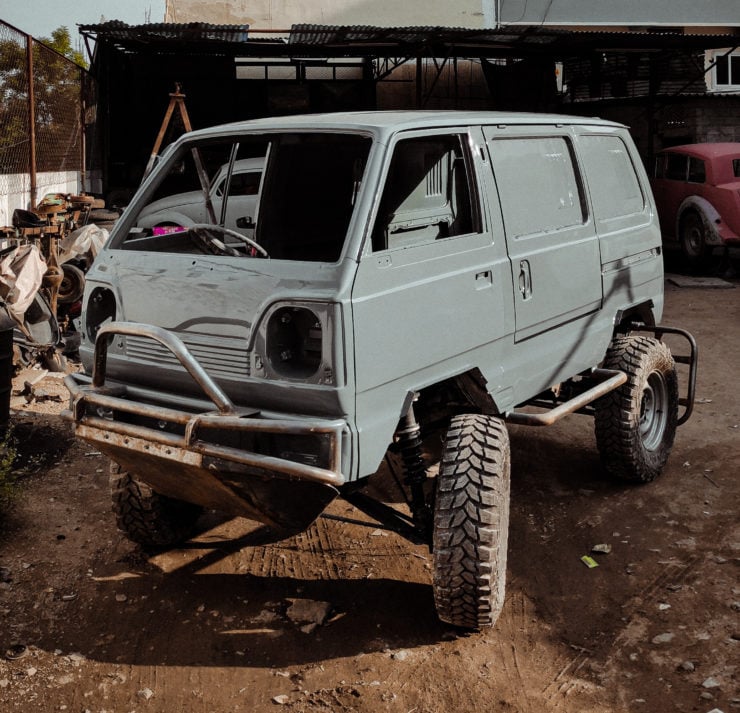 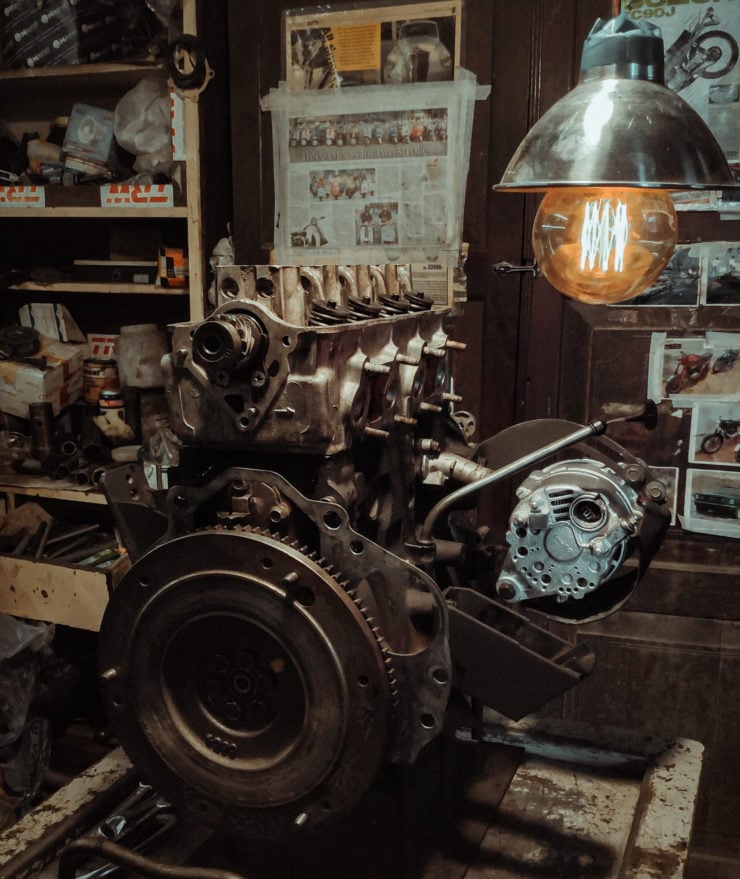 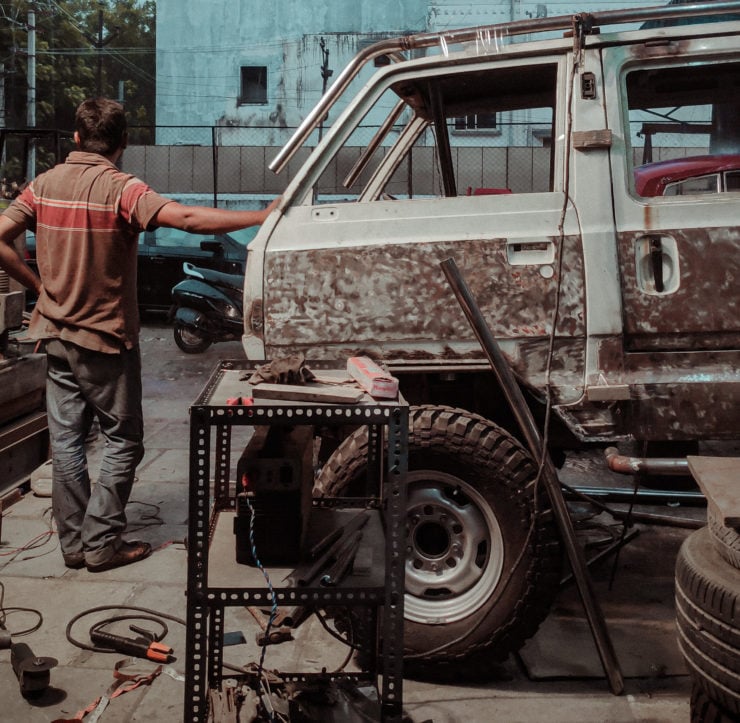 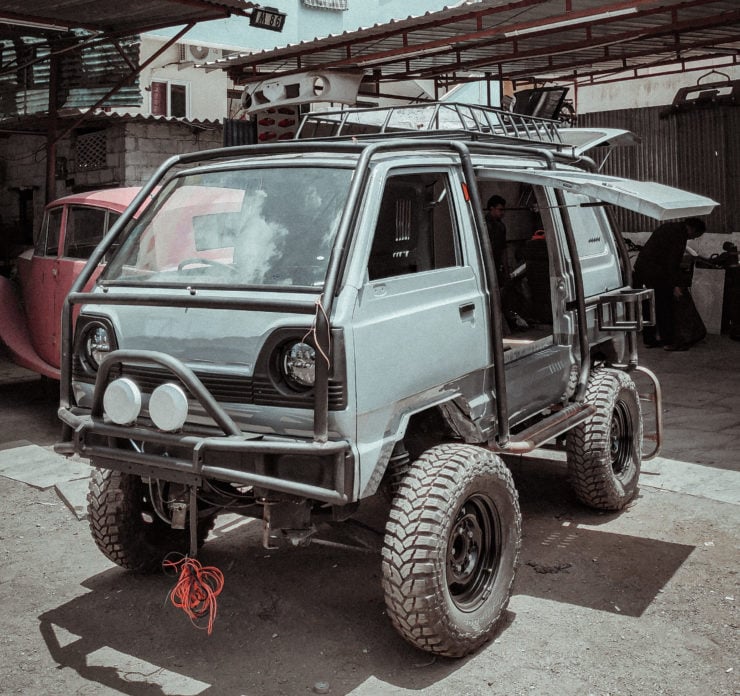 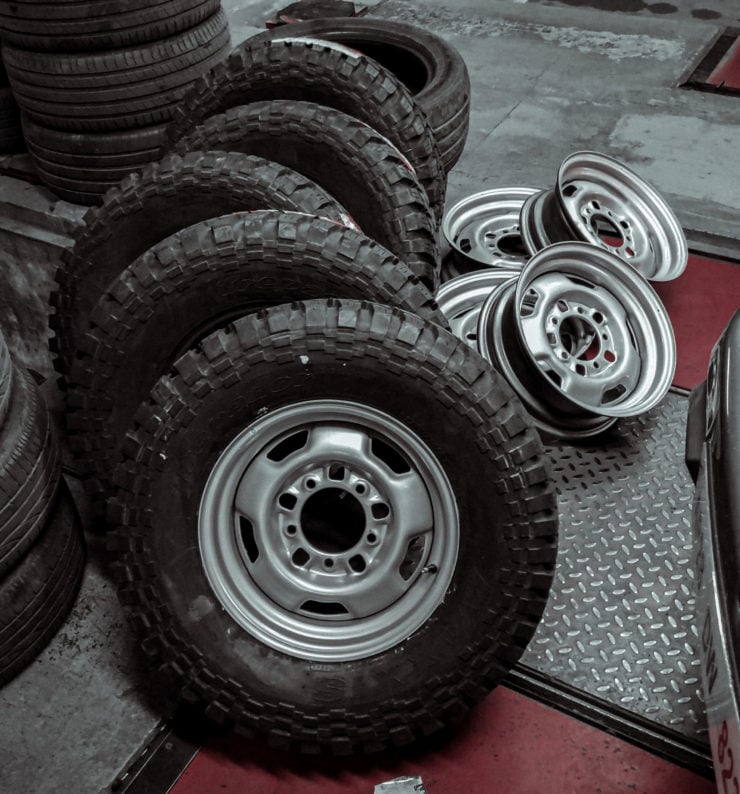 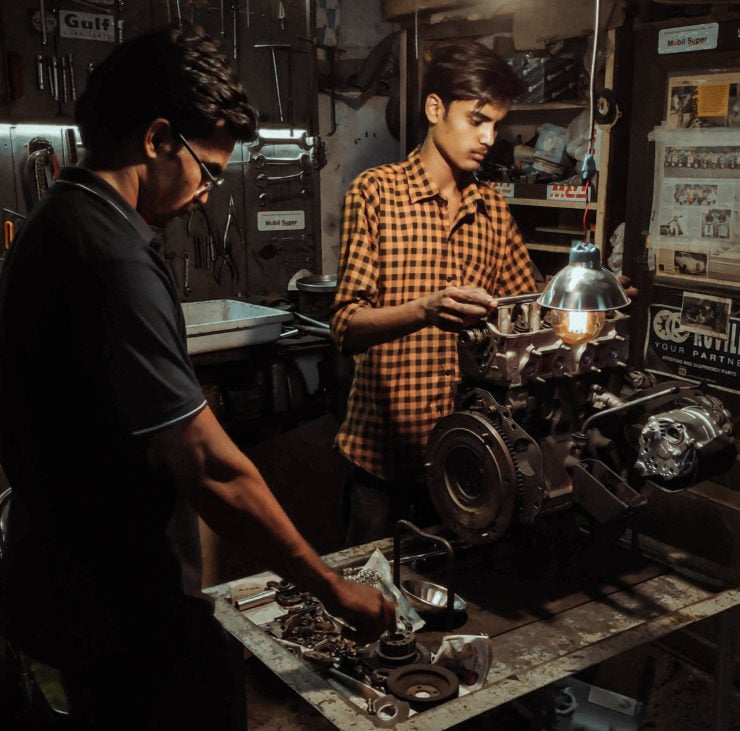 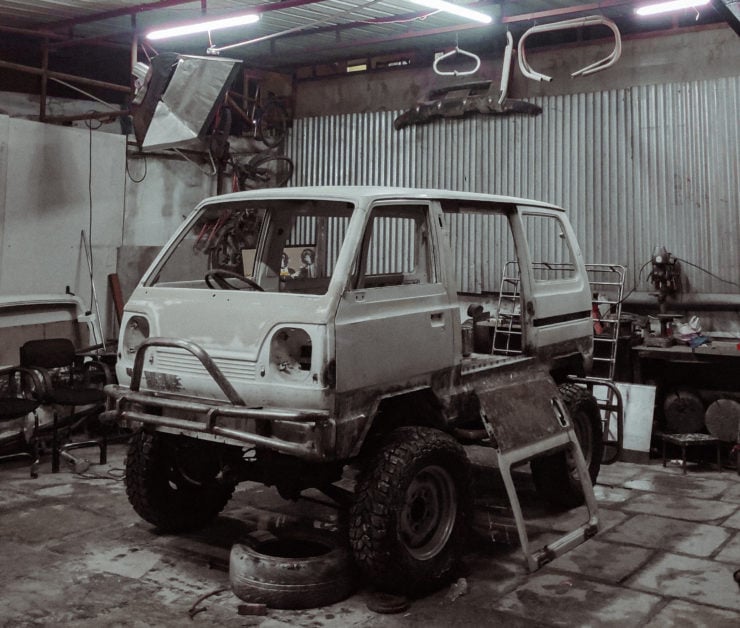 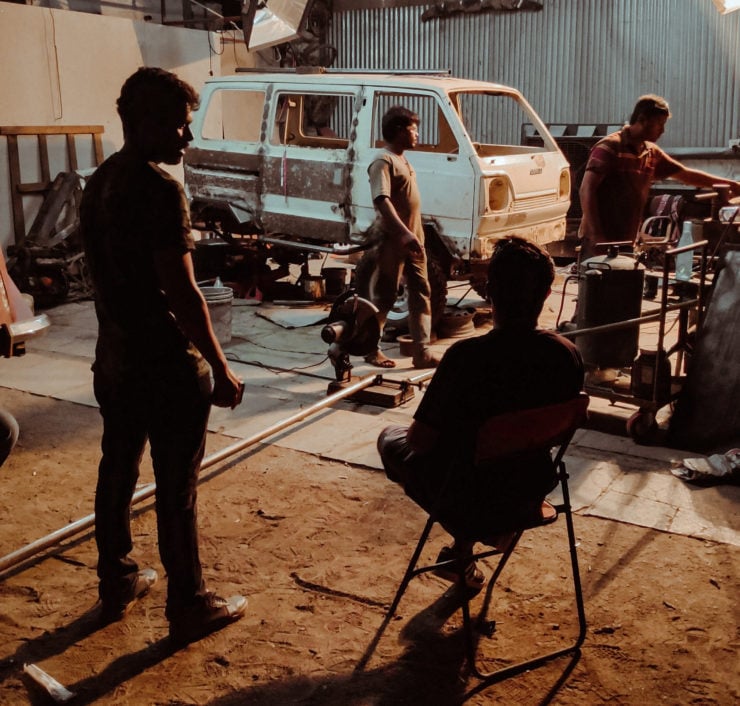 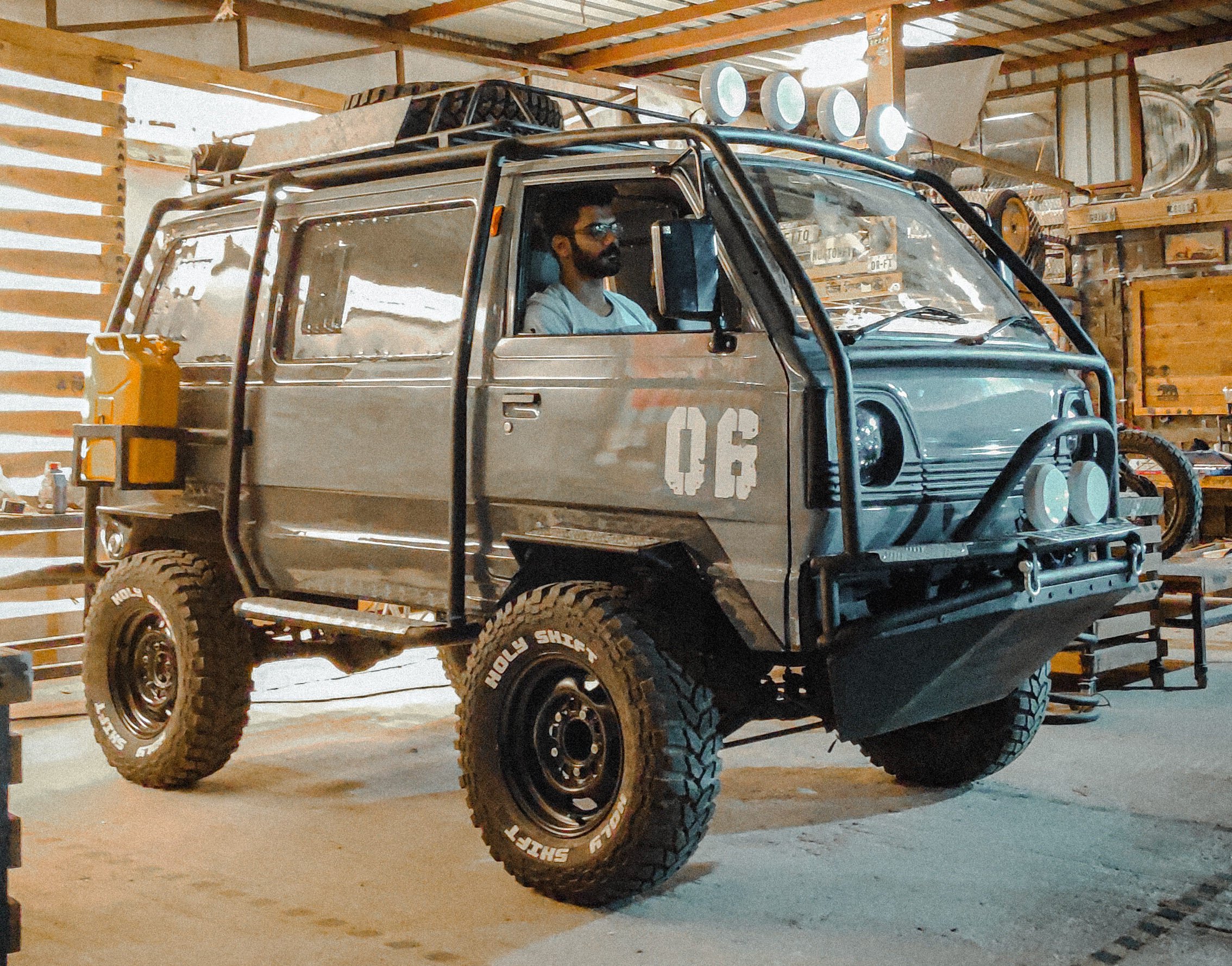