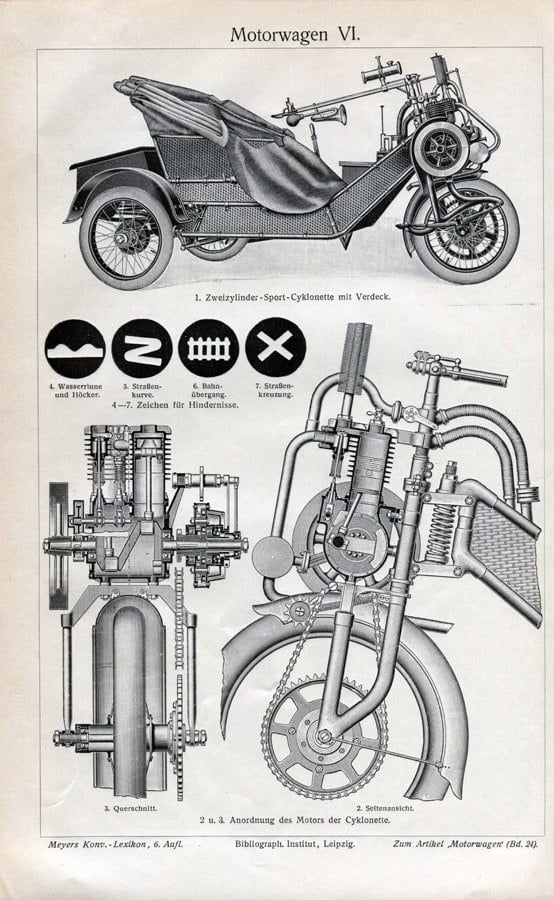 Moto art, more often than not, is utterly terrible. I’m speaking in broad strokes here and mostly about the mass-produced pictures of plastic women draped across chrome choppers, or even just the skull/snake/flame/celtic-pattern garbage that is so often linked in some way to automotive or motorcycle culture. Much to my chagrin.

Fortunately there are some fantastic alternatives and this is a great example of them, it’s an illustration of a “Motor Wagon Cycle Car” from a 1909 edition of Meyers Konversations Lexikon Encyclopaedia. If it appeals to you, it’s available now on Etsy for a shockingly reasonable $10. 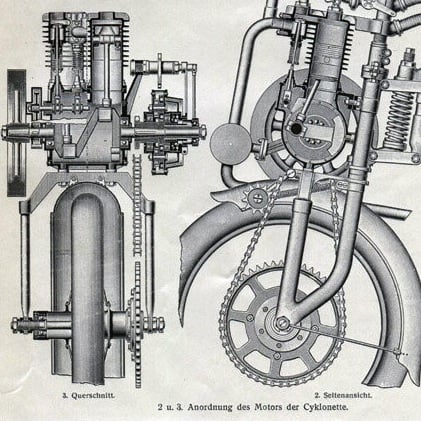