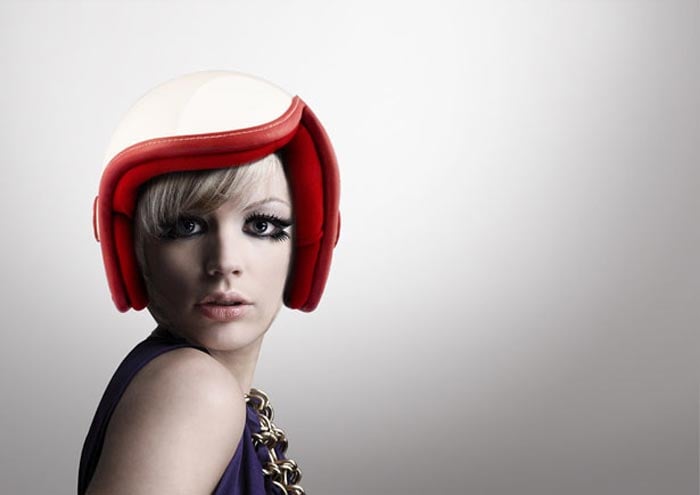 I think it’s interesting to see people experimenting with the fundamental shape of helmet design, generally speaking all helmets are semi-circular with some variation on a neck and face opening, you never see square or trapezoid helmets (and for very good reason).

This helmet was the creation of industrial designer Daniel Don Chang, his goal was to create a helmet that replicated the look of 60’s womens haircuts, a time when Vespa established themselves as an iconic, global brand.

Now personally, I would never let my Mrs go any where near a motorcycle wearing this, but as a design experiment I found it interesting and so decided to share it with you all. 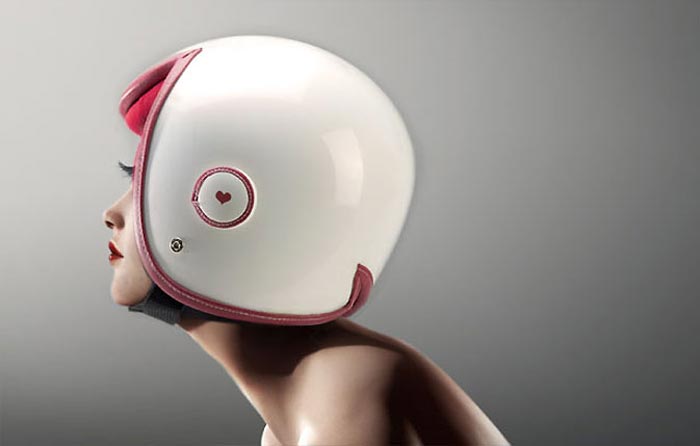