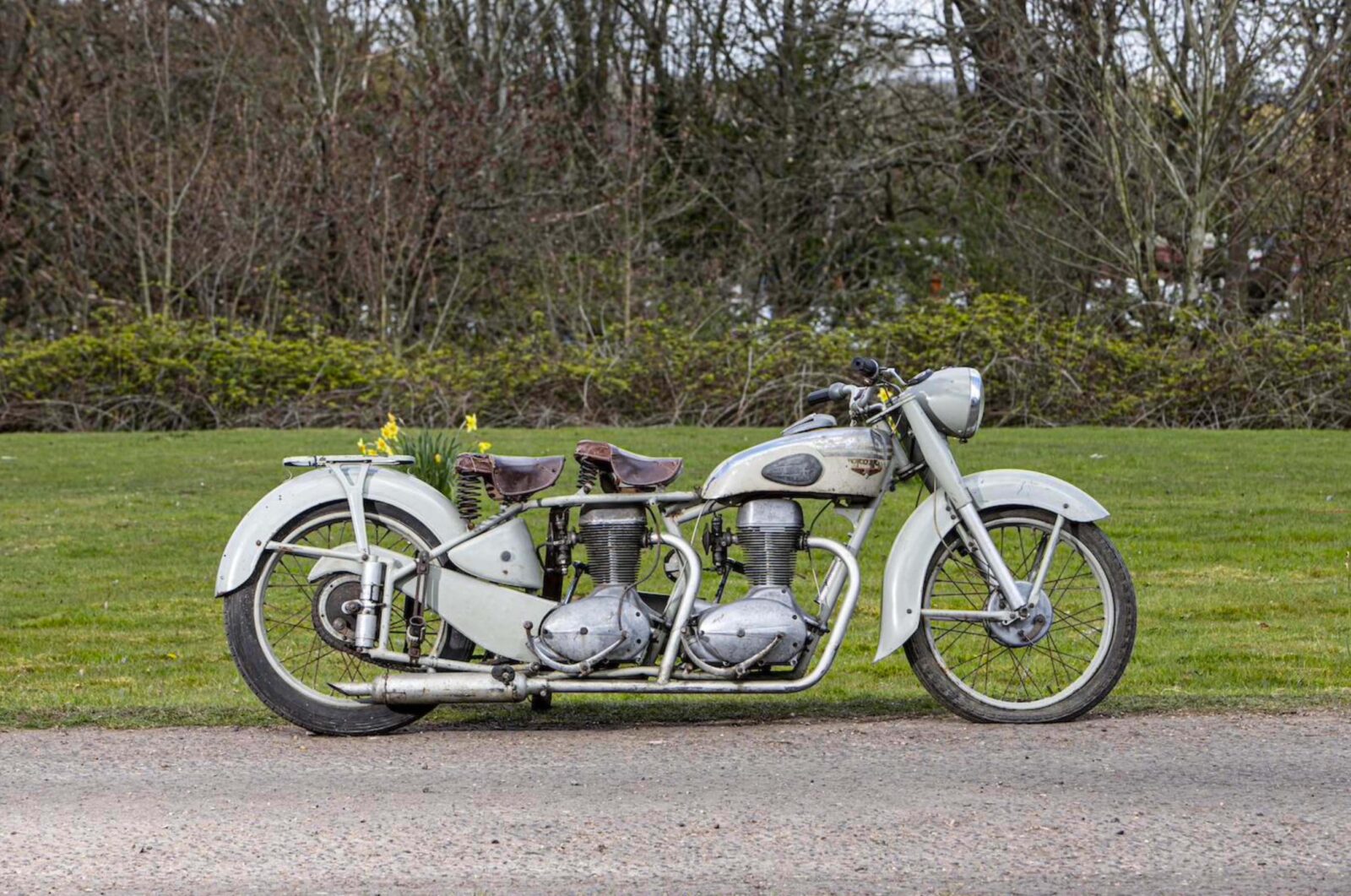 This highly unusual twin-engined motorcycle appears to be a one-off build that no one really knows anything about. It’s clear that it’s a custom-built motorcycle that makes use of a modified Motoconfort engine and twin Motobécane engines, but exactly who built it and why remains a mystery.

Unfortunately the listing for this bike contains very little information, it’s not the auction house’s fault though as they can’t share information they don’t have. What we do know is that this is a Motoconfort fitted with two Motobécane engines, which not surprising as the two French companies had the same founders.

After some digging it looks like the original bike started out as a regular Motoconfort 175 which then had the back of its frame cut off so that an extended section could be welded into place. This new frame section received its own Motobecane engine, both motors were linked by a chain between their primary drives and it appears that the rear gearbox is the only one doing work.

It’s important to note that much of the above is conjecture, the engine could have a slightly higher or lower displacement for example, however the basics are all correct (or thereabouts). 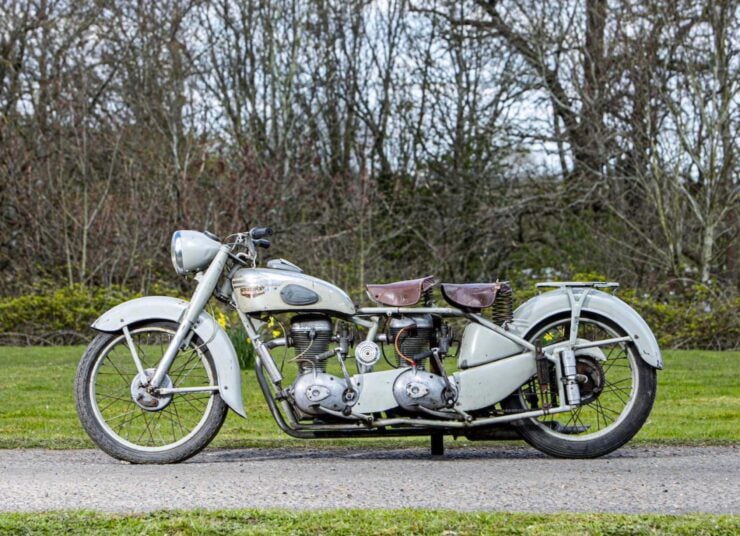 Twin-engined motorcycles are nothing new of course, the first examples were almost certainly built by racers to get twice the power, and some have been built with four or more engines all linked in a row. We don’t typically see many tandem motorcycles on the road and tandem twin-engined road motorcycles are almost unheard of – so it would be fascinating to learn this history behind this one, if you can help please get in touch via the contact form here.

Motoconfort was founded in 1930 as a sister brand for Motobécane, this was a golden age in the history of French motorcycle manufacturing as is evidenced by the remarkable inline-4 cylinder, 750cc, single overhead cam engine developed for the Motoconfort T7 in 1930.

In the post-WWII years the brands would build far more affordable motorcycles which much smaller engines and this is what they’re better known for today, but back in their heyday they were building superbikes to rival the world’s best.

The twin-engined Motoconfort you see here is due to be auctioned by Bonhams on the 2nd of July with a price guide of £2,000 to £3,000. If you’d like to read more about it or register to bid you can click here to visit the listing. 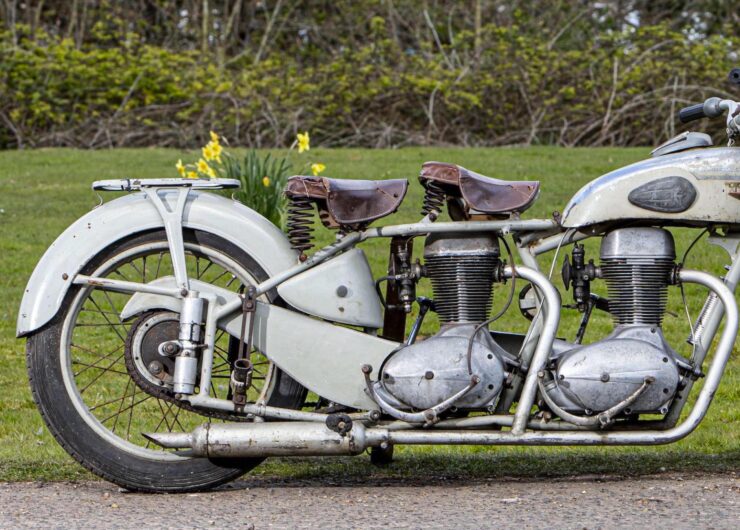 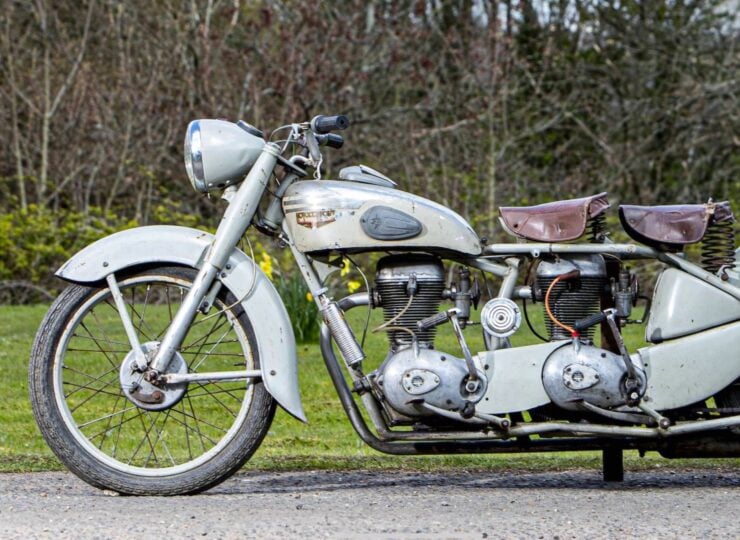 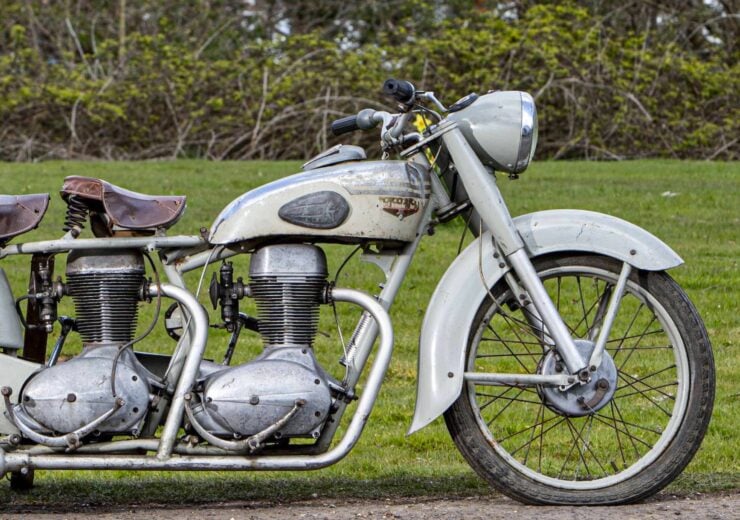 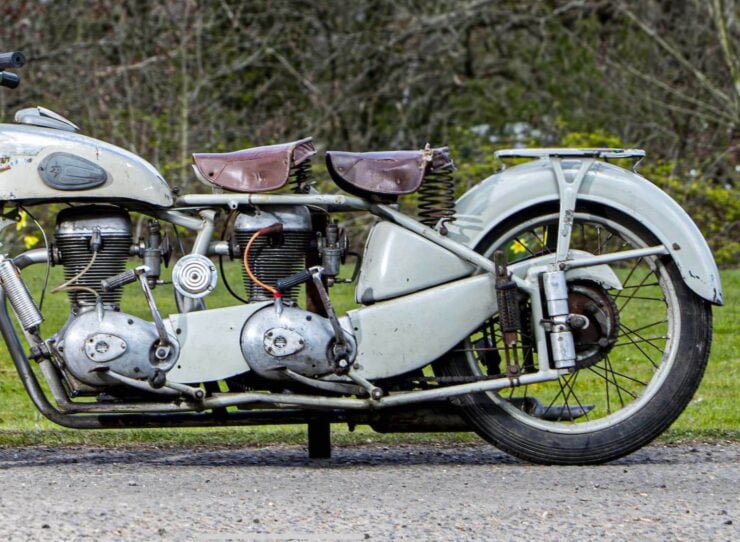