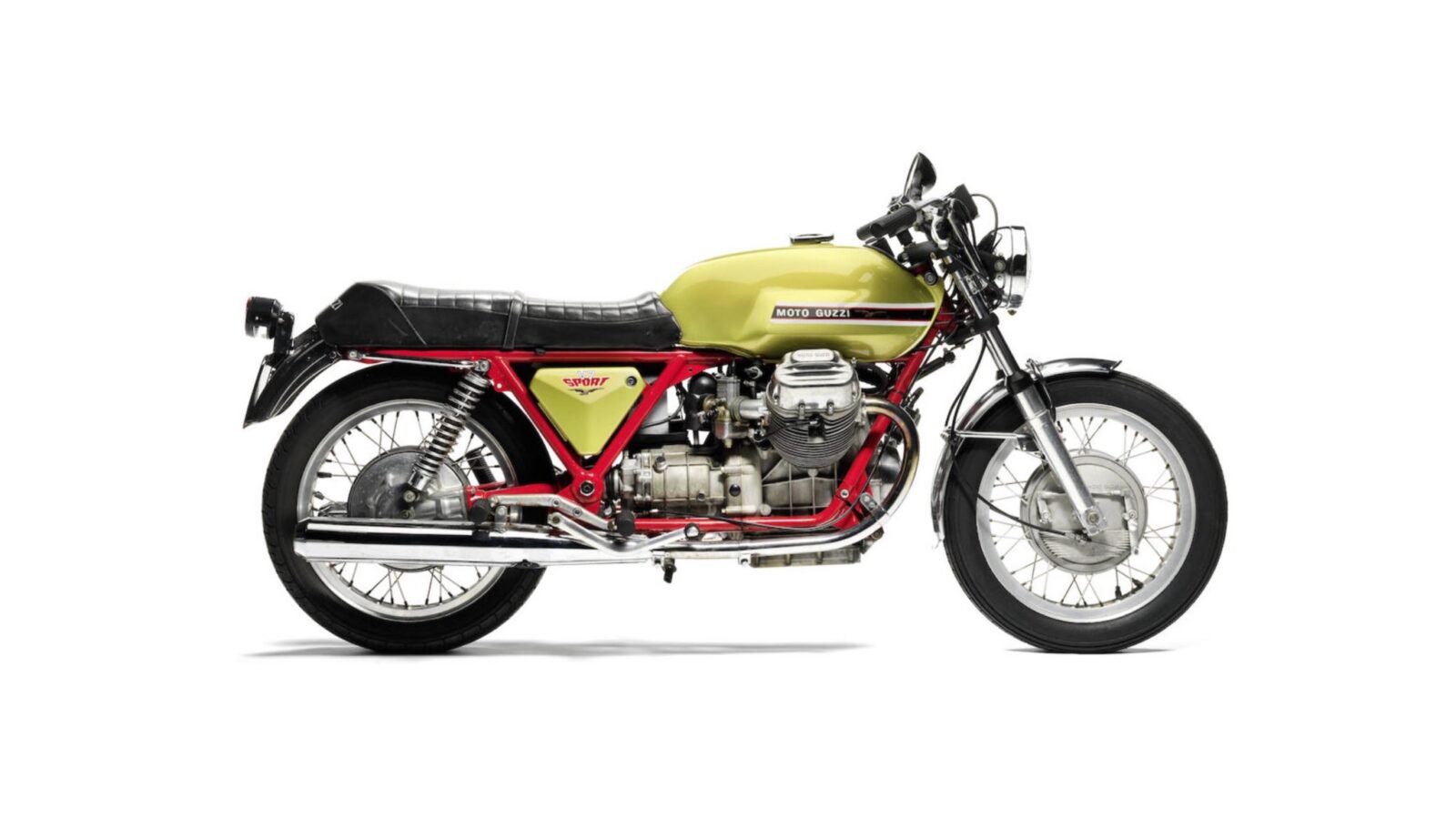 The Moto Guzzi V7 Sport was introduced in 1971 as a new and improved version of the standard V7. For their new superbike the engineers at Moto Guzzi installed the alternator on the crankshaft nose which allowed the engine to be installed lower in a new frame – improving centre of gravity.

The new frame was a significant improvement over its forbear and when combined with the revised 5-speed gearbox and large-diameter drum brakes, the new Moto Guzzi was a revelation. With 70bhp and a top speed of 120+mph the V7 Sport could cheerfully take on the Norton Commando, the Triumph Bonneville and anything being produced by BMW or Ducati.

The V-twin and shaft-drive famously used by Moto Guzzi had originally been designed for military applications, where reliability and ease of maintenance are primary concerns. With a capacity of 749cc the air-cooled V-twin is fed by twin 30mm Dell’Orto carburettors (each with cold-start levers), and it has a factory specified compression ratio of 9.8:1.

With a dry weight of 454lbs (206kgs) the Moto Guzzi V7 Sport proved to be a spritely performer and it was highly regarded by reviewers, perhaps the single largest drawback was the price tag – when it was introduced in 1971 it was the most expensive superbike on sale in Britain, and it was beginning to feel the heat from the rapidly up and coming superbikes out of Japan.

In recent years Moto Guzzi has brought back the V7 series – in fact the new bike looks so similar to the original model that they’re often confused for one another by casual observers. Power output from the new V7 is similar to that of its forefather but obviously the newer bikes have emissions compliance, fuel injection, and other more modern allowances that make them a little more convenient to live with on a day to day basis. 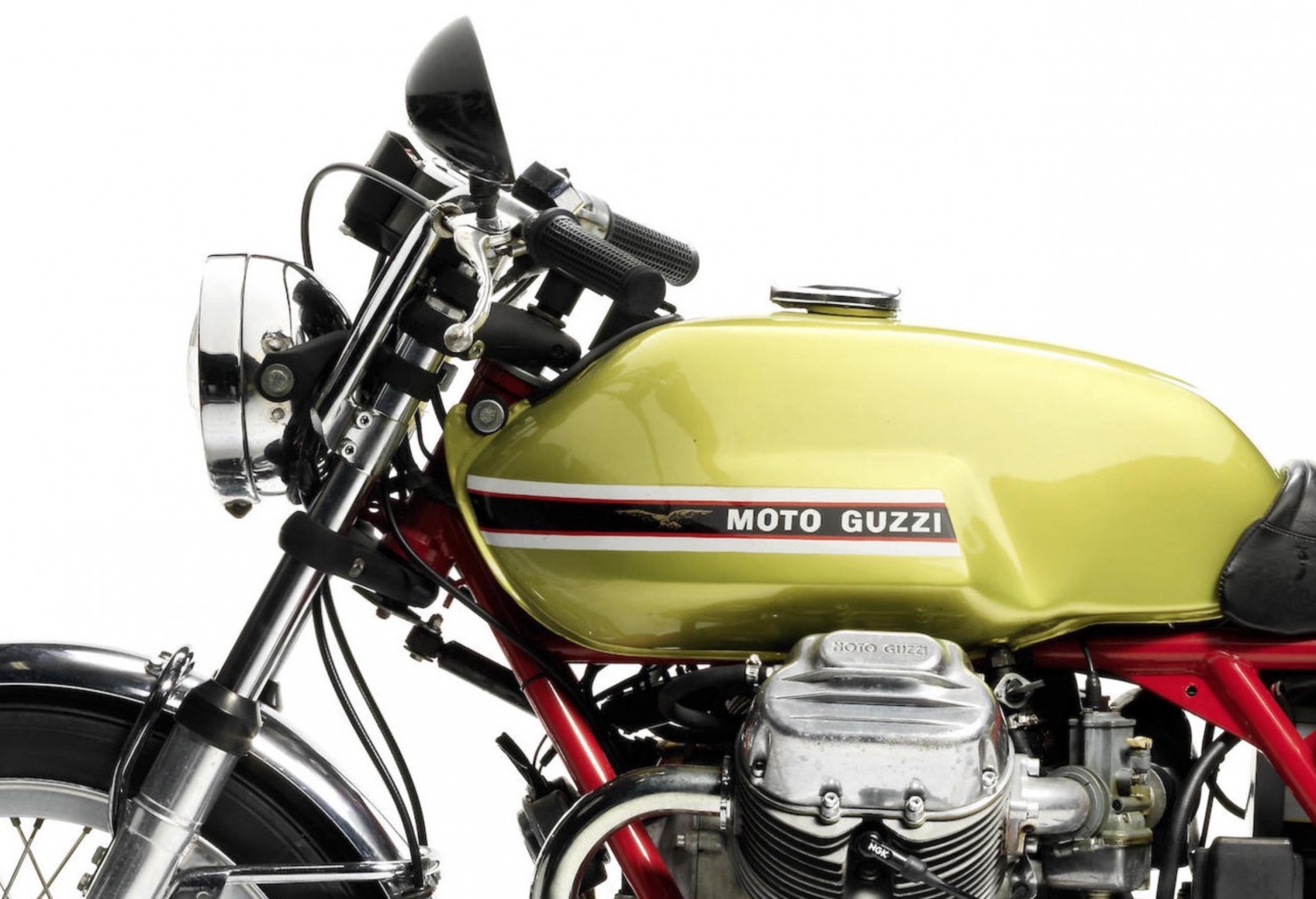 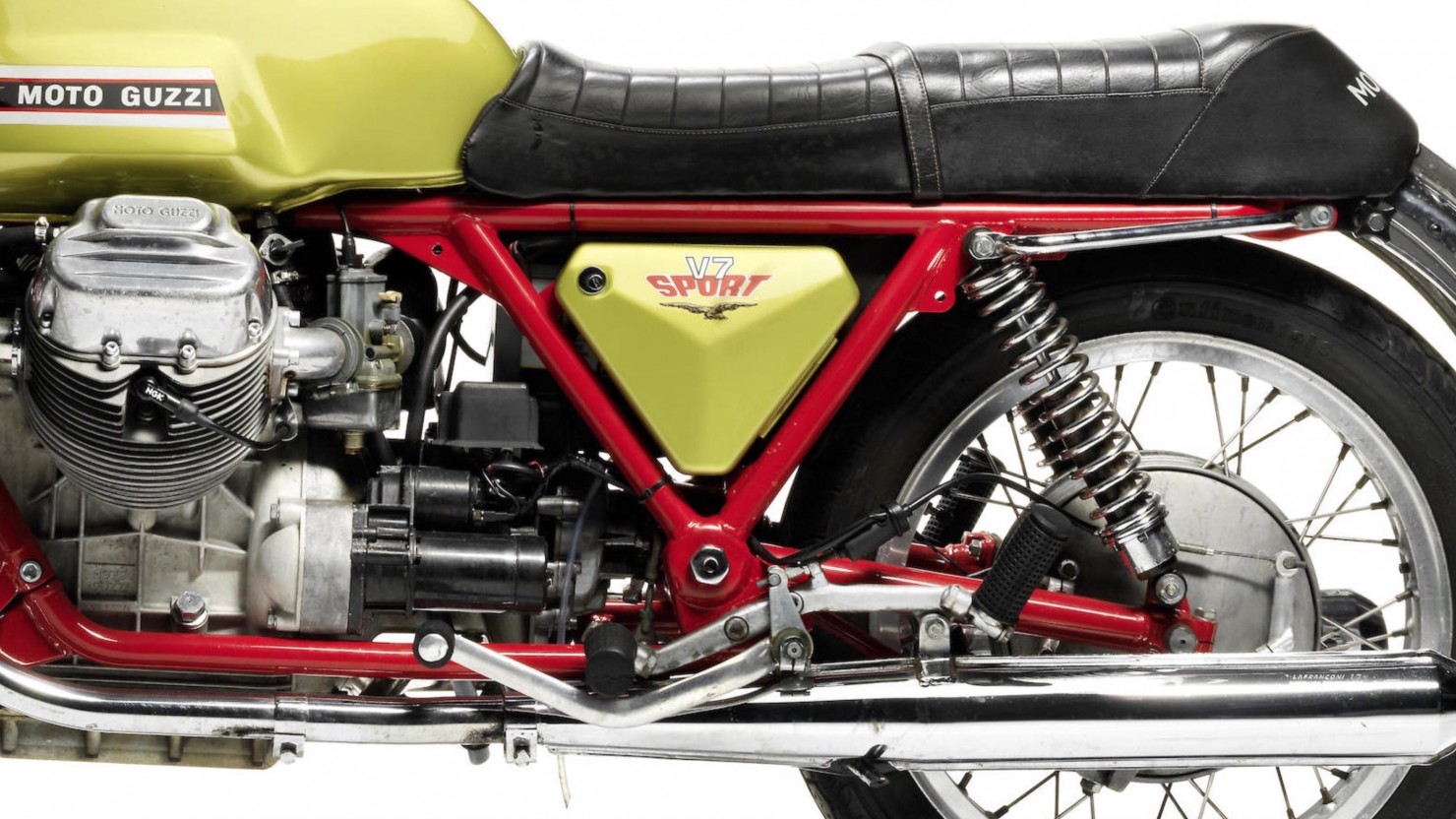 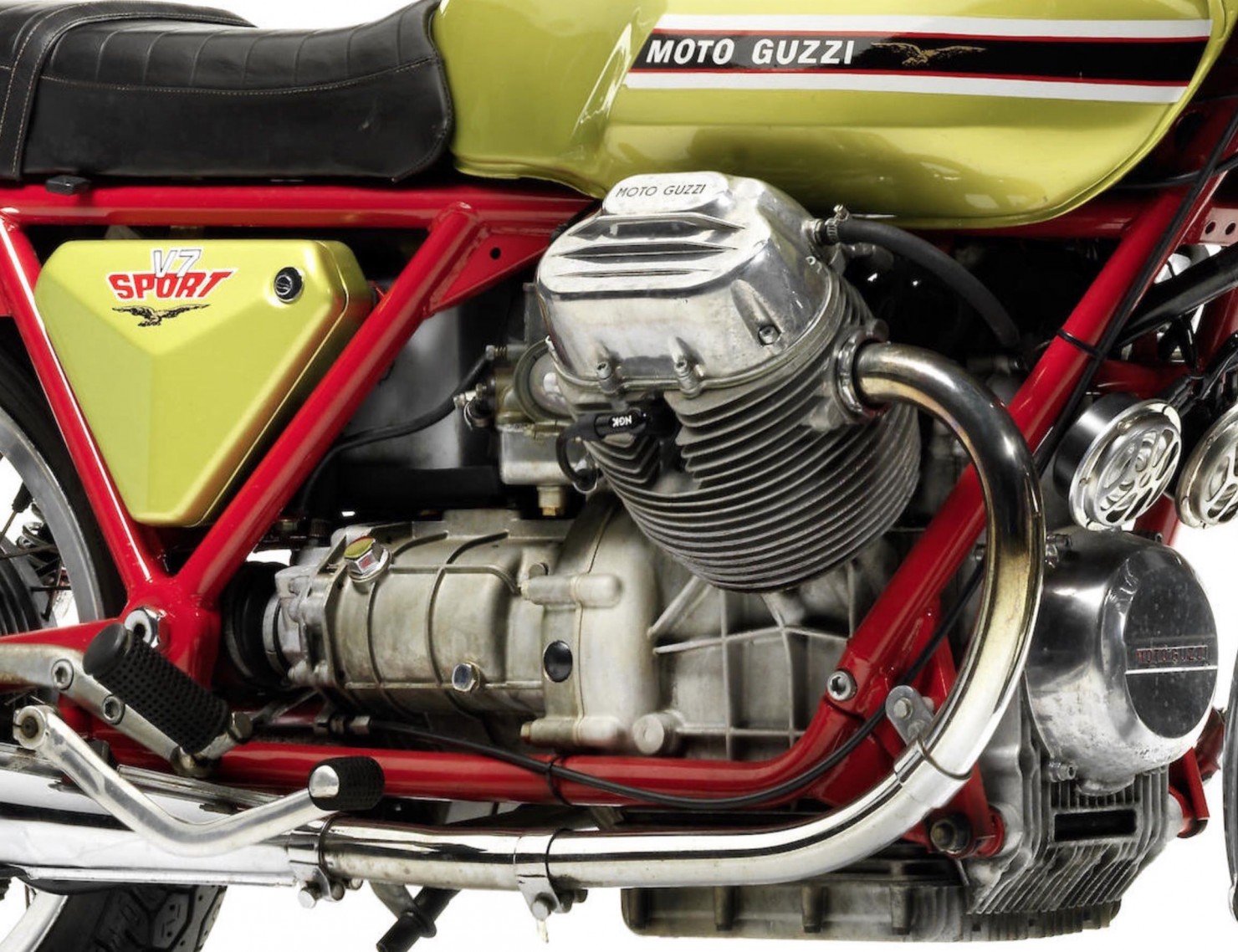 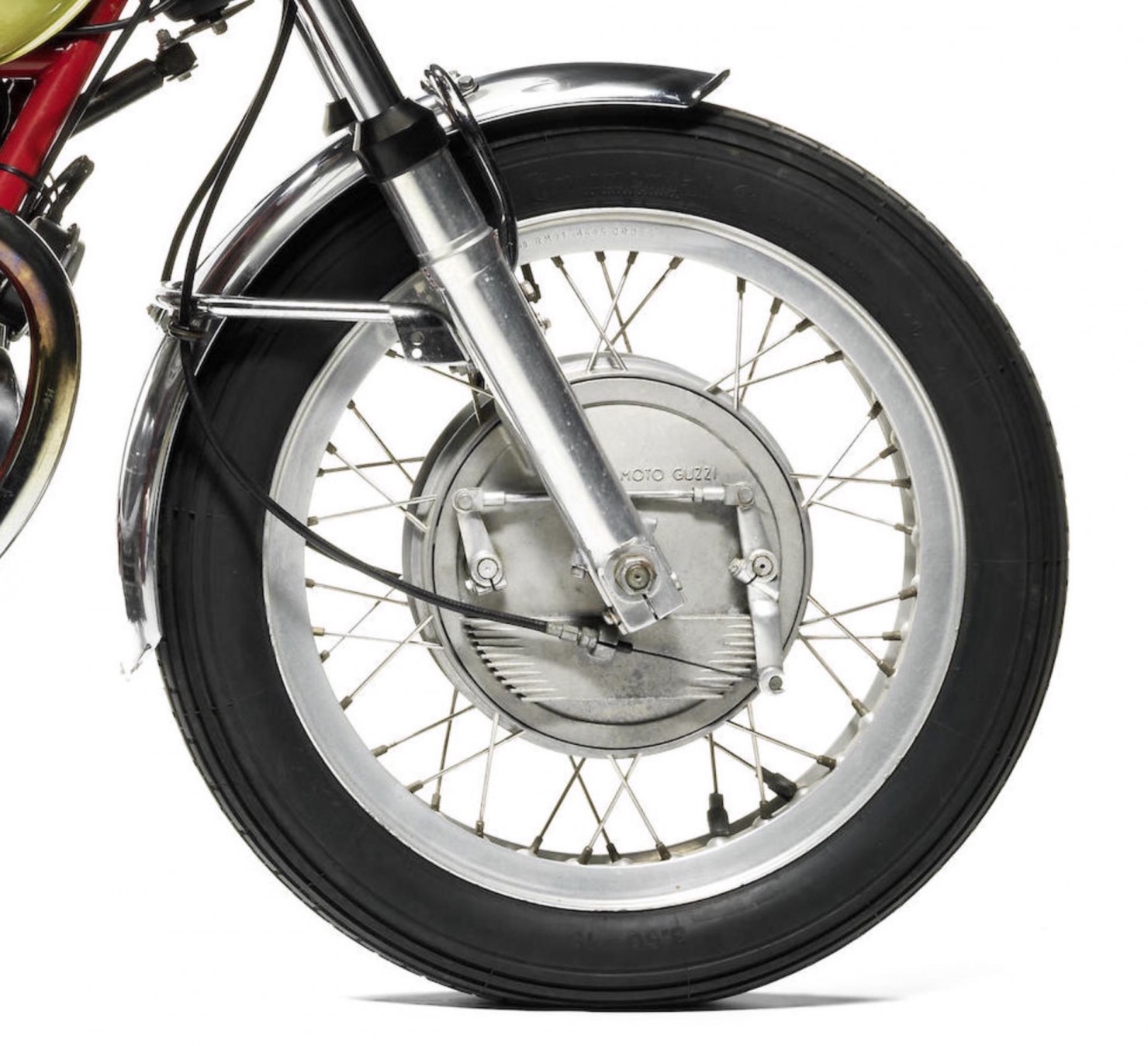 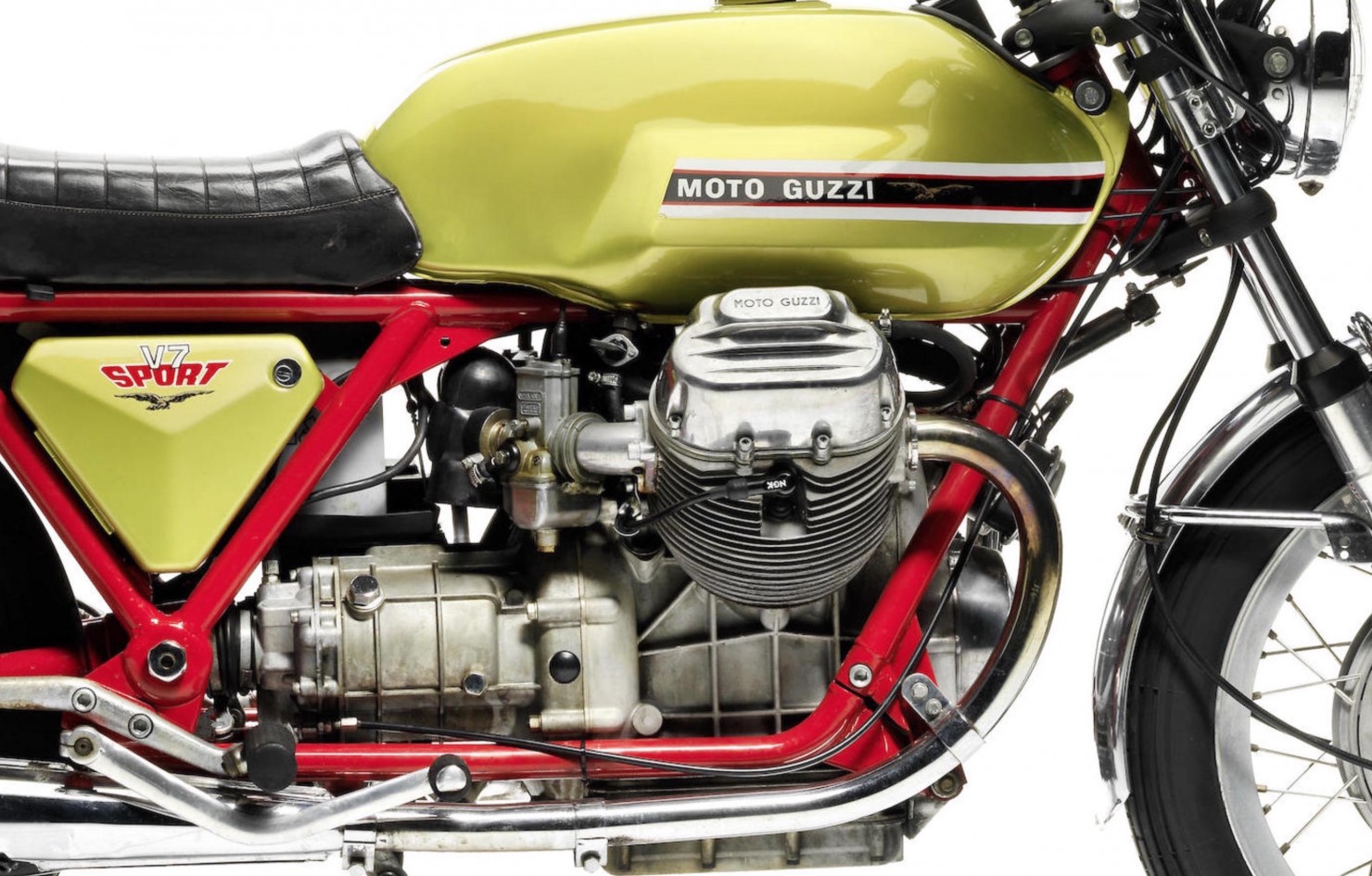 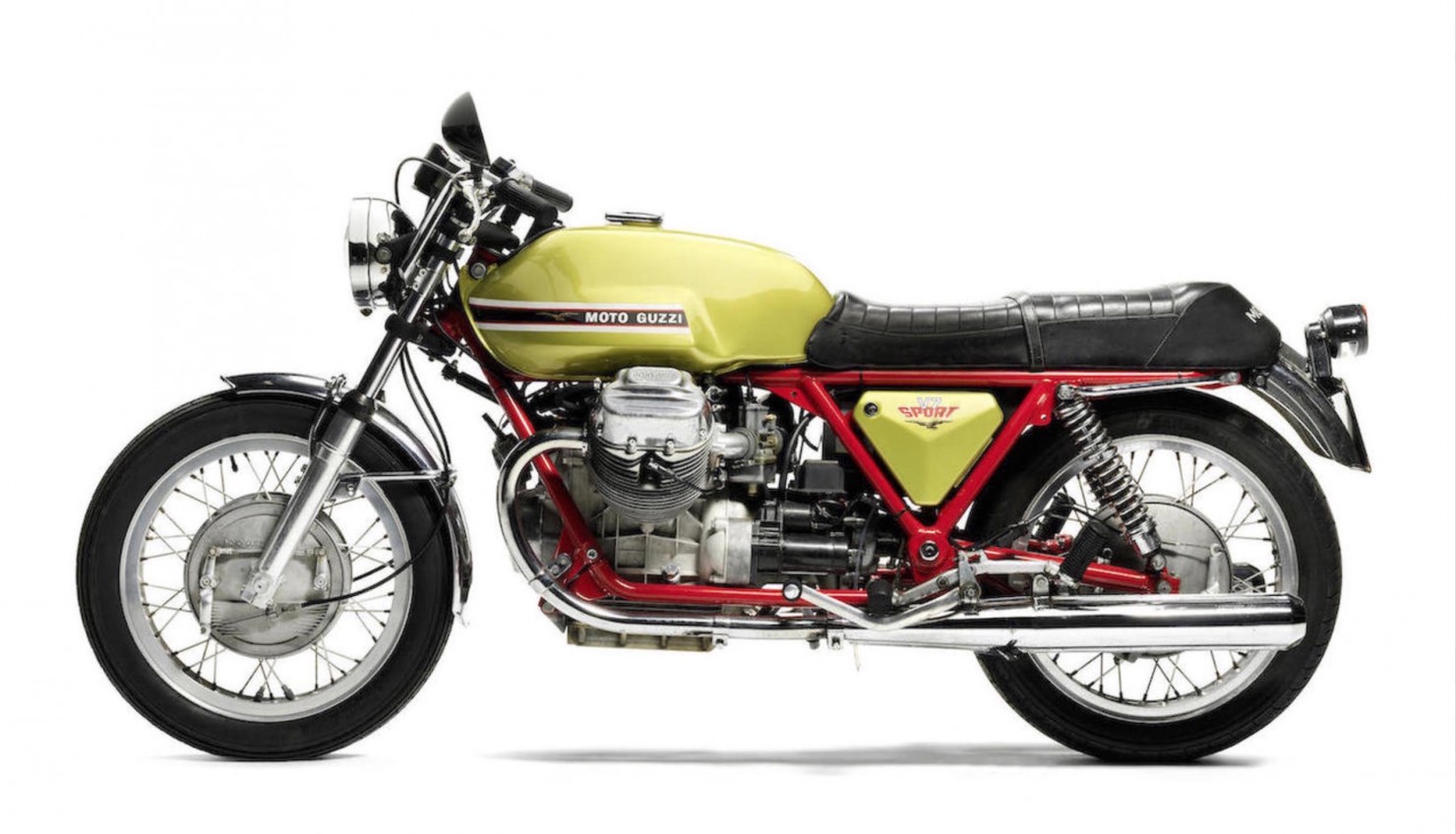 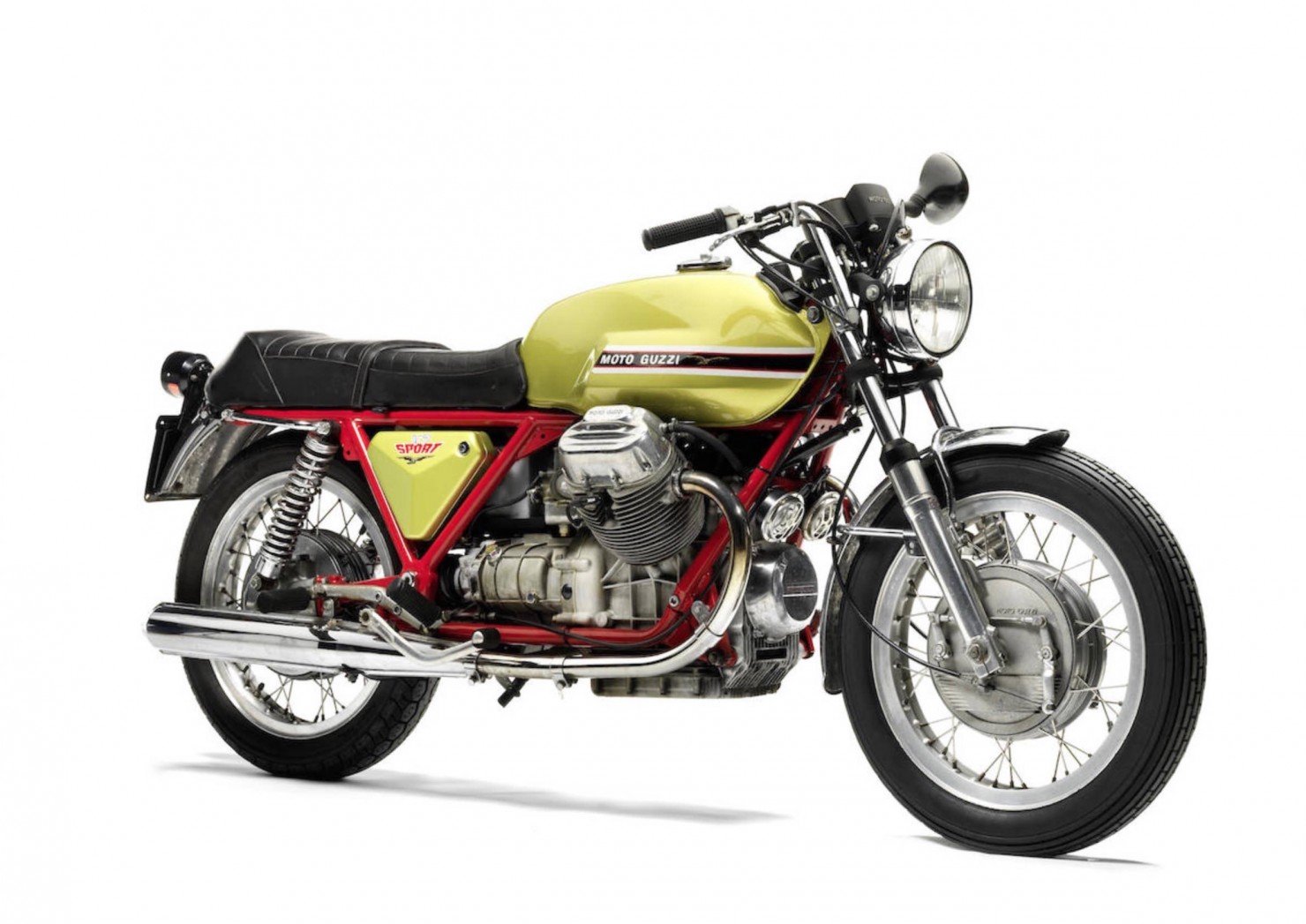 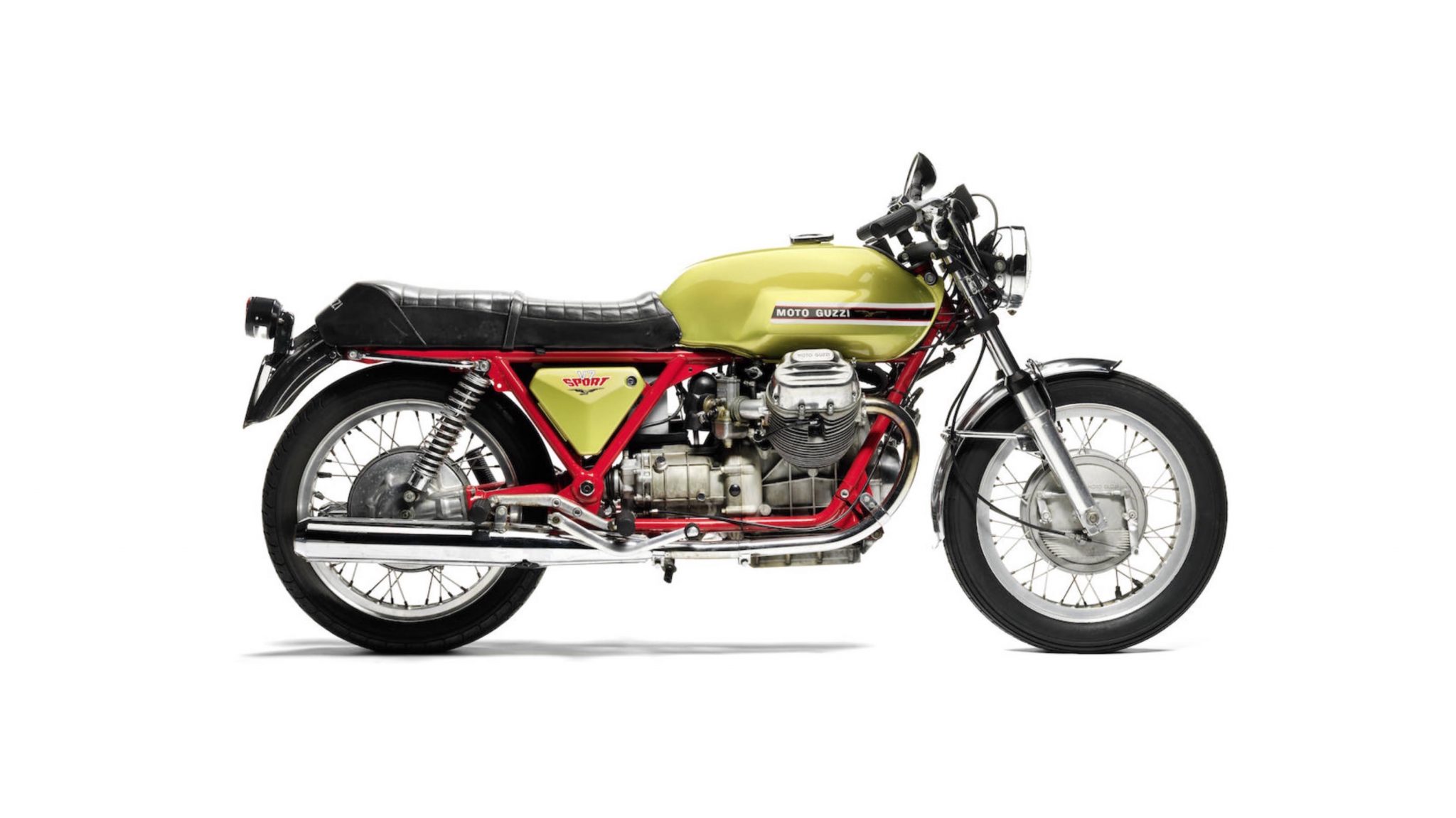