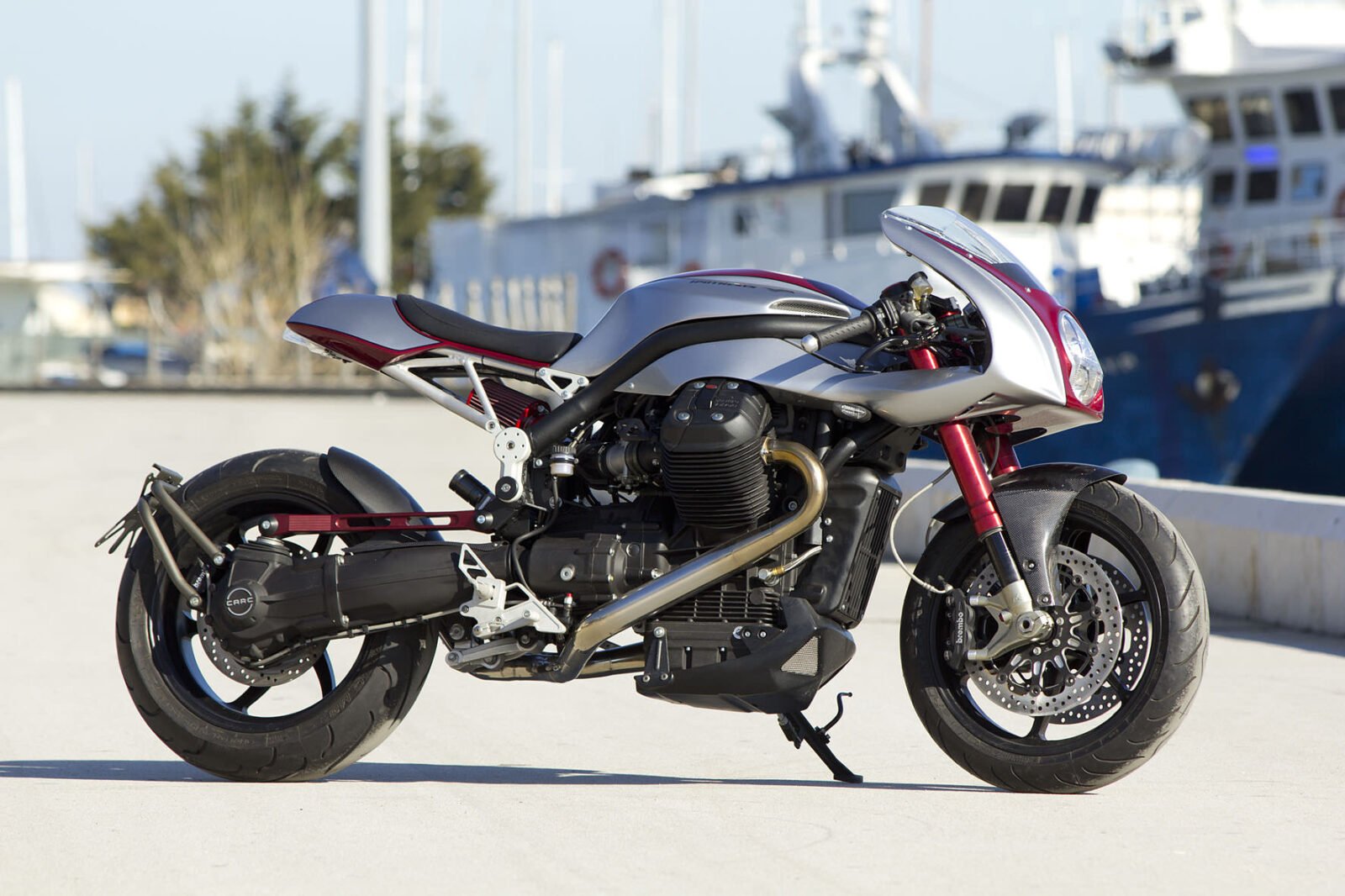 The motorcycle you see here is called “Ipothesys”, it’s officially labelled “Prototypo 1” and it’s the first in a limited edition of bikes that will be produced by renowned custom motorcycle builder Filippo Barbacane of Officine Rossopuro.

Ipothesys is directly based on the frame and engine of the Moto Guzzi Griso, a 1200cc V-Twin that Moto Guzzi has been selling just about as fast as it can make them. Barbacane wanted to take the Griso and create something with more advanced performance capabilities, so in late 2012 the stock bike was rolled into the Officine Rossopuro garage and work began.

The Griso was stripped to its bare essentials, the front and rear suspension was discarded as was the fuel tank and existing body work. The air box was replaced with a stand-alone pod filter and a new subframe was added to lower the riding position and reduce weight. A new fuel tank, rear cowl and front fairing were created and bolted into place.

A bespoke 2-into-2 exhaust was fabricated and fitted, once this was done Barbacane turned his attention to the springs, in order to give the bike serious performance chops the suspension and braking was replaced and tuned for the track. Up front, a pair of beefy Marzocchi SBK-spec RAC 50mm forks were added courtesy of a new triple-tree, on the back a Bitubo XXF-11 mono-shock was bolted into place.

The front and rear brakes were replaced with Brembos, as an Italian it would have been absurd for Barbacane to have chosen anything else, the slew of other, smaller parts is too extensive to list here but if you’d like to read more or order your own you can click here to visit the official website of Ipothesys Motorcycles, they’re currently producing these in limited numbers and have plans for Ipothesys 2 in the coming year. 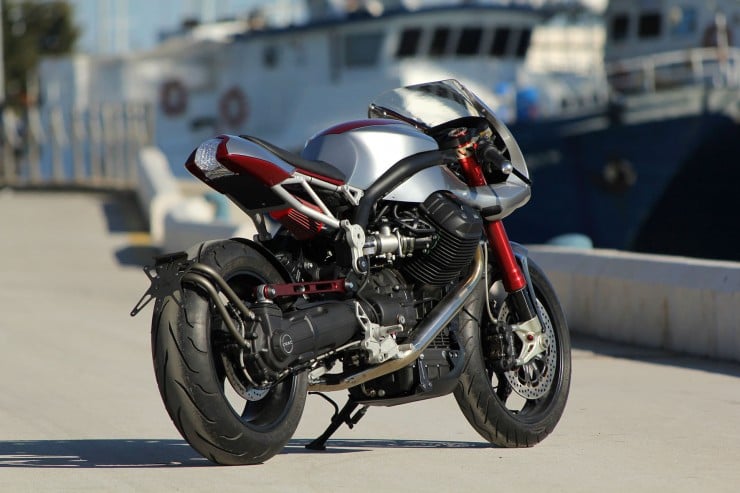 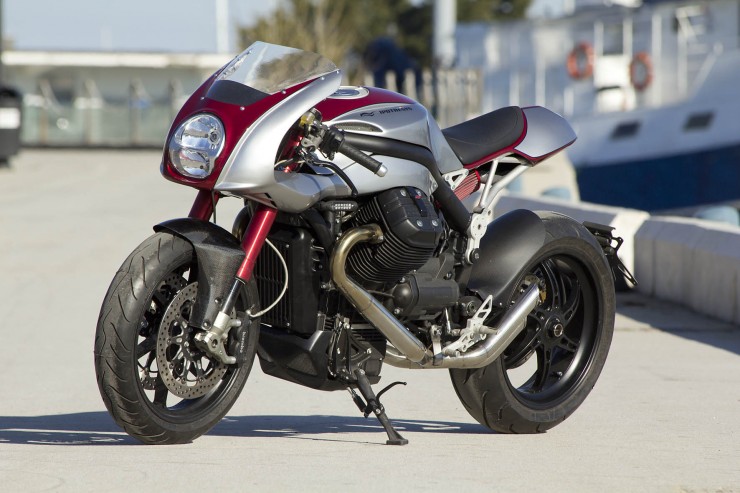 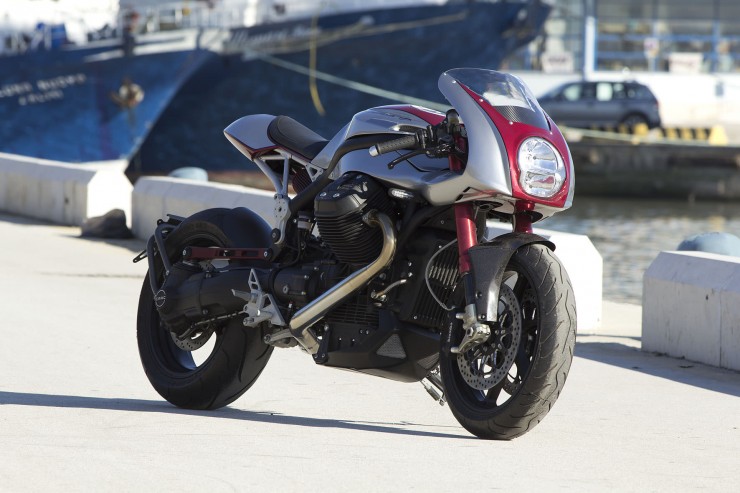 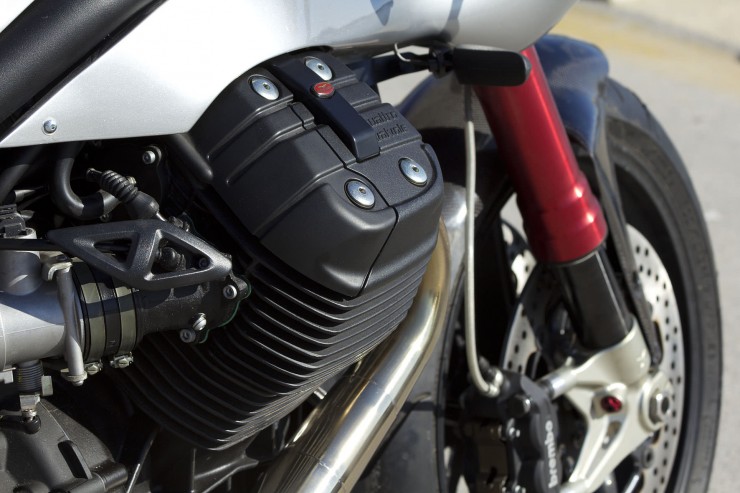 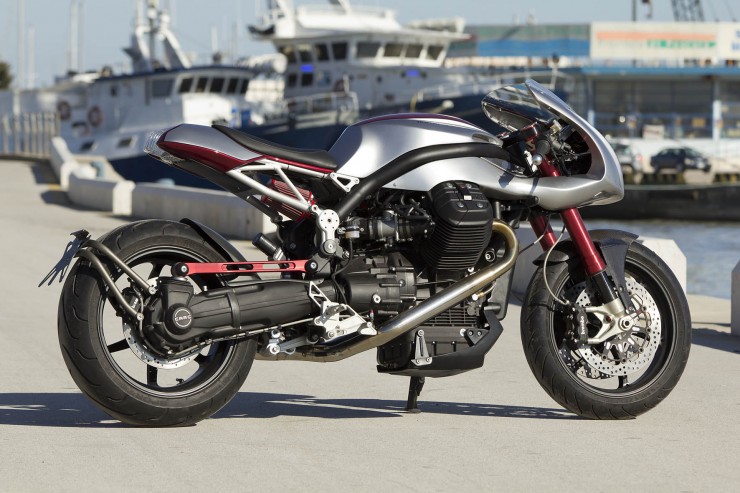 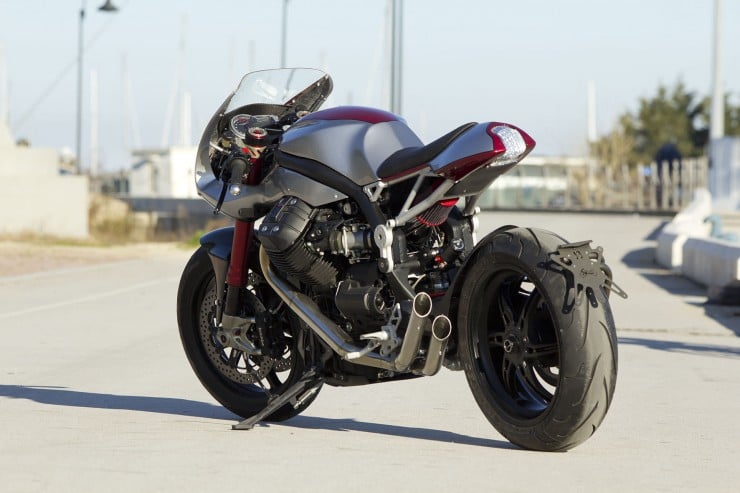 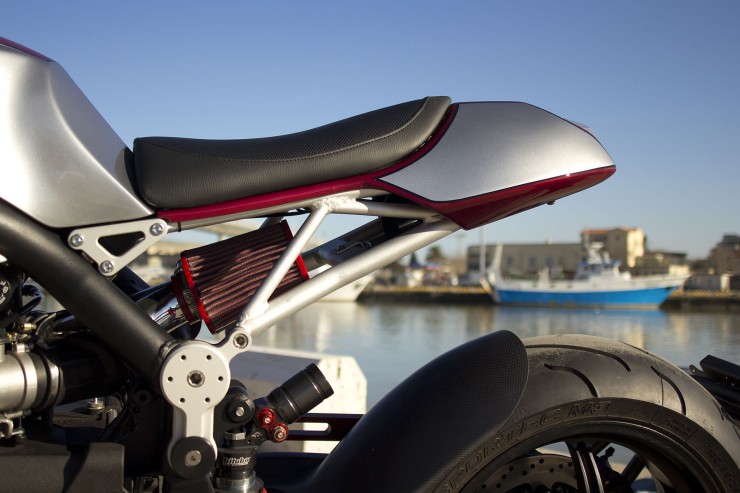 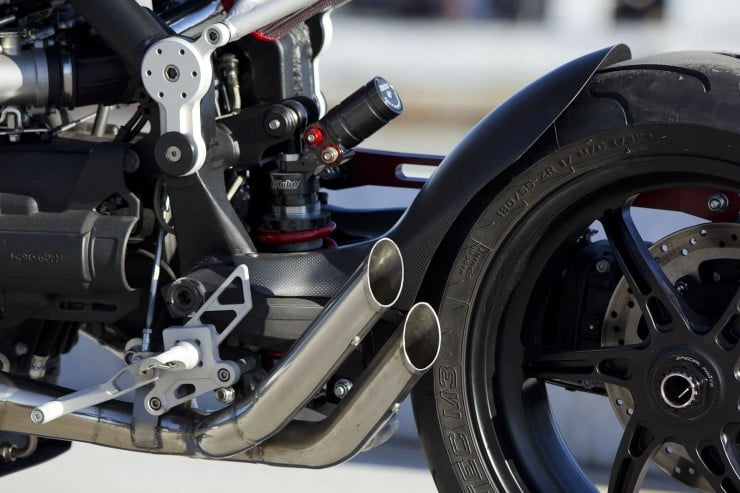 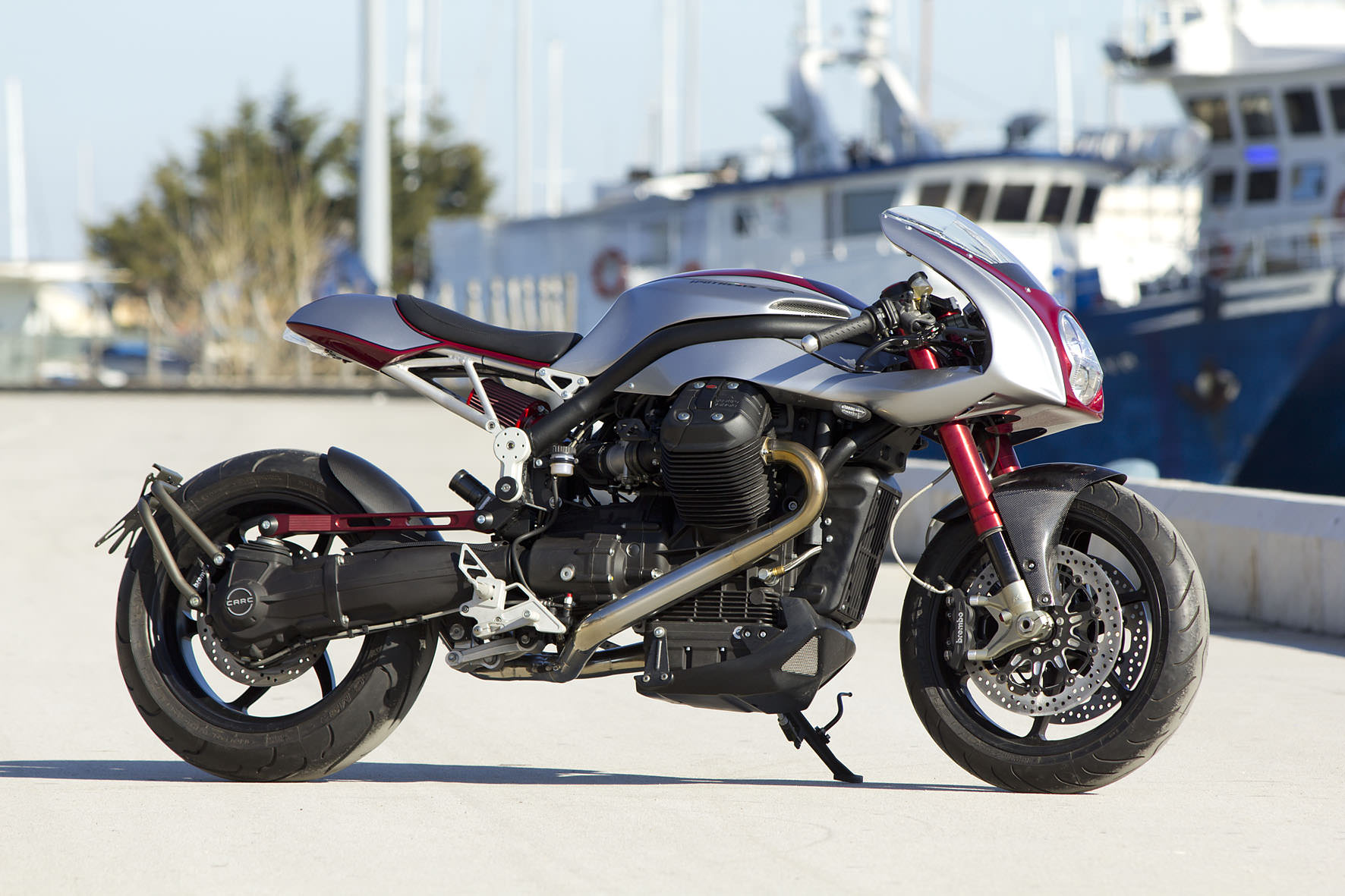