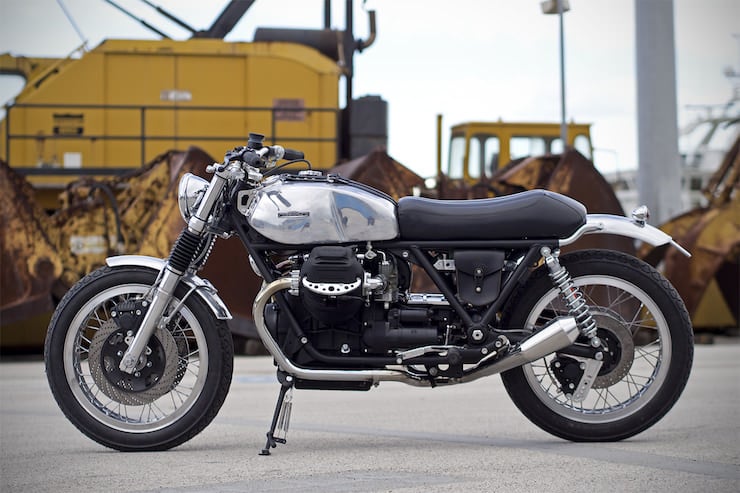 This Moto Guzzi custom by Officine Rossopuro is one of those bikes that comes along every now and then that leads me to slowly take out my wallet, open it, look inside, sigh, then put it away again.

I have a long held love of Guzzis and I know that many of you do too, I always felt it was slightly more logical to have a V-twin where the heads are out in the clean air rather than having one tucked in behind the other, pointing at the rider’s genitals. Although I probably wouldn’t say this to the face of your average Harley rider.

The bike you see pictured here started life as a Moto Guzzi SP1000, a wonderful motorcycle by any yardstick even in stock trim. This reimagined Moto Guzzi has gone from being wonderful to being soft-core industrial design pornography. And that’s no bad thing. 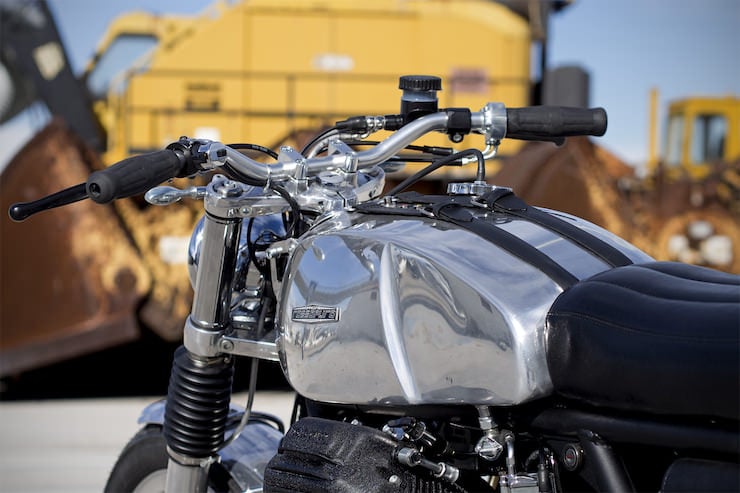 The head honcho over at Officine Rossopuro is a humble and polite Italian man by the name of Filippo Barbacane, he’s the sort of guy who can look at a stock bike and disassemble it in his head, then reimagine it a thousand different ways before settling on his favourite.

Once this mental image of the bike is locked down Filippo sets to work, by the time he finishes a project and rolls it out of his workshop, the entire international custom motorcycle community begin craning their necks for a glimpse of it. His work never disappoints.

Filippo’s primary goal with this bike was to eliminate as much plastic as possible, this meant that he had to create a custom wiring loom, which he managed to largely tuck under the fuel tank. He then designed a new 2-into-1 exhaust and had it fabricated by Mass Moto, this new exhaust works perfectly with the SP1000 and looks far better than the stock unit.

The next job was to simplify the handlebar controls to maintain the minimalist, plastic free feel of the bike. Once this was done Filippo added a leather tool bag to the right hand side, it contains all the tools you need to remove all the body work and perform basic maintenance on the bike.

The bike, dubbed ‘Metallica’, now lives a happy life with its new owner in Monte Carlo. The principality isn’t a huge place so if you ever find yourself there, keep an eye out for a happy looking man tearing around the streets on his Officine Rossopuro Guzzi. 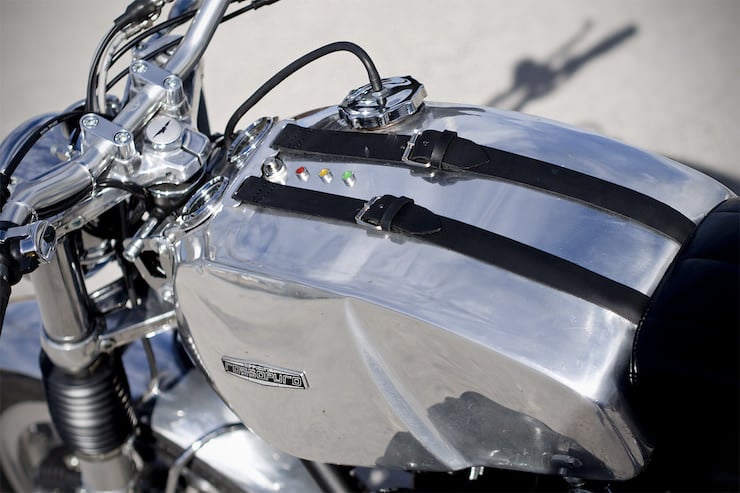 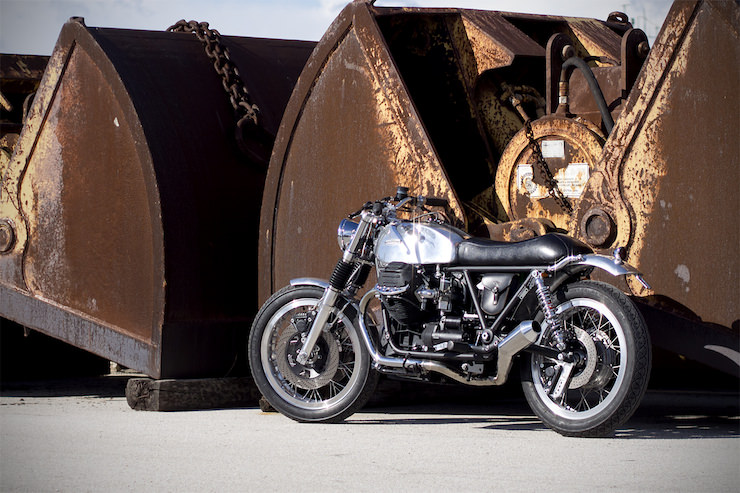 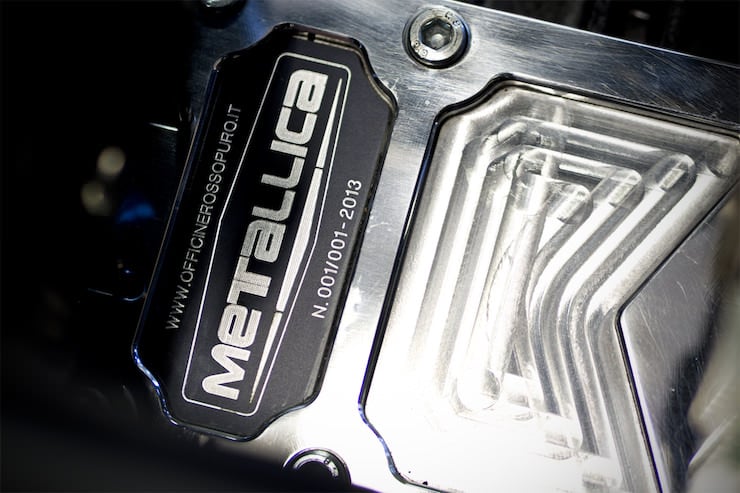 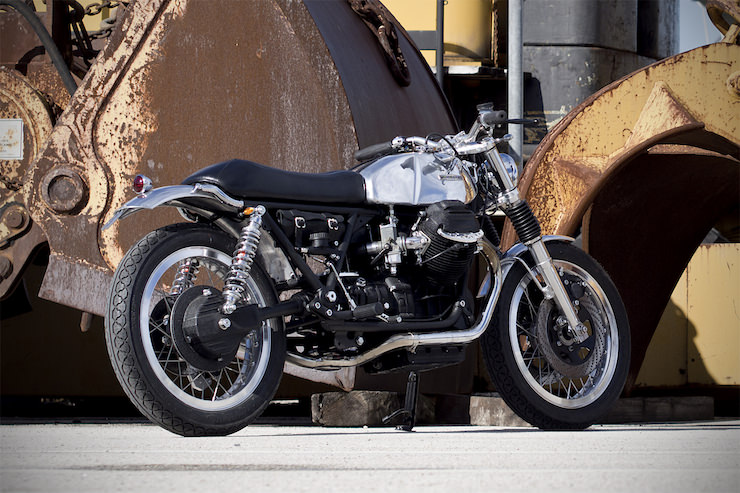 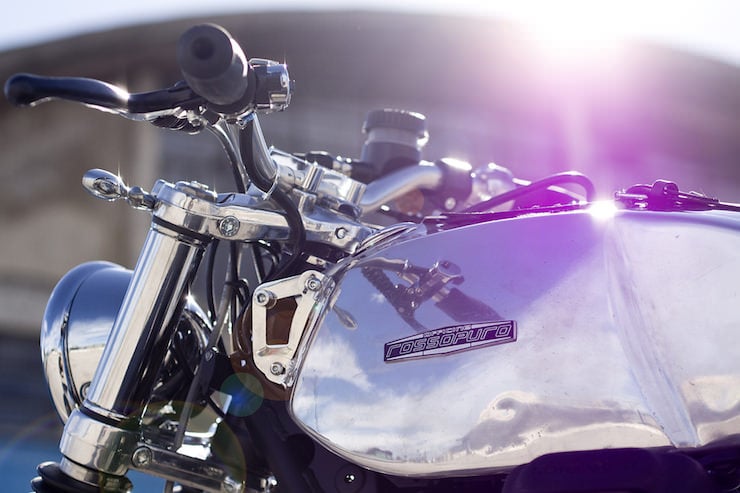 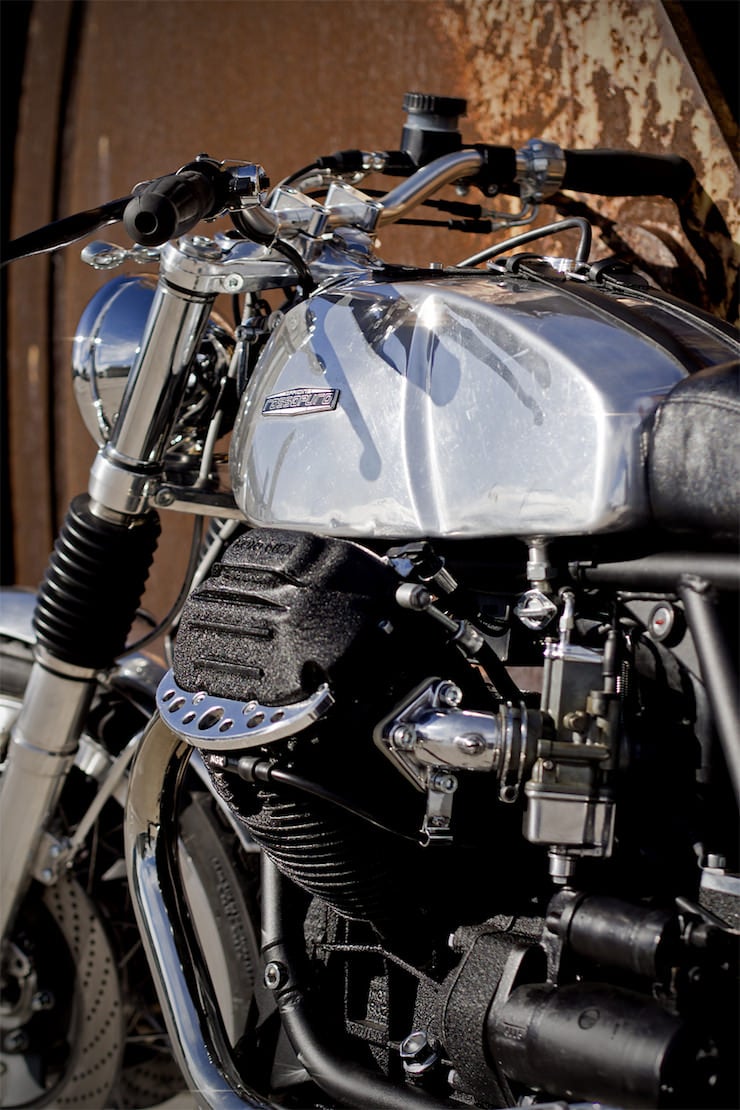 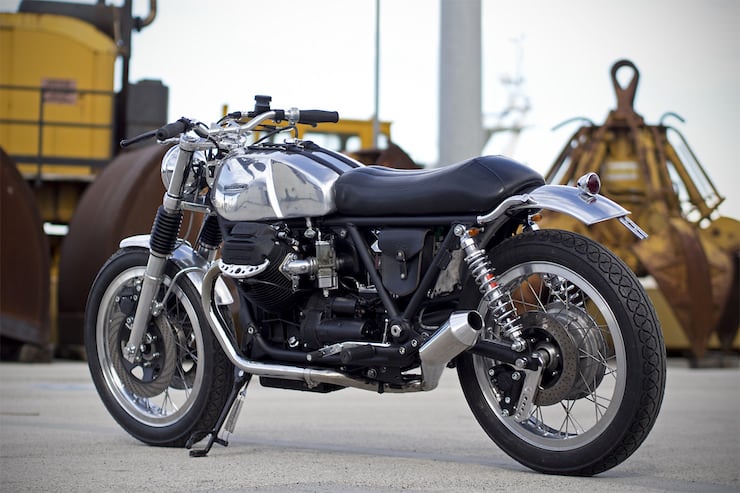 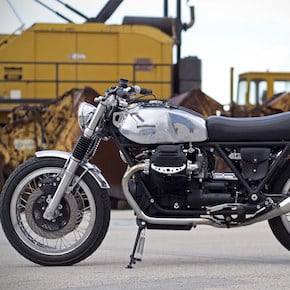