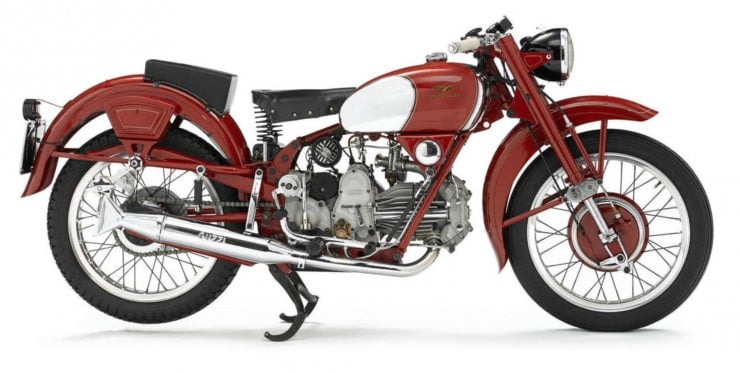 This beautiful 1950 Moto Guzzi Falcone is a great look back at the kind of motorcycles that were produced by the Italian company before they released their first V-Twin in 1968 – the Moto Guzzi V7.

Between 1921 and 1968 Moto Guzzi was famous for their flat, single-cylinder engines that were known for their reliability, smooth running and beautiful design. The Falcone was designed to be the top-of-the-line model from Guzzi, it was first released in 1950 though production took a while to ramp up, meaning that only 200 were produced in the first year.

Most of these new Falcones were delivered to the Italian police and the military, with all of them sporting the same red/chrome colour scheme – a palette that was compulsory until 1952 when a shortage of available chrome led to Moto Guzzi offering other colours. 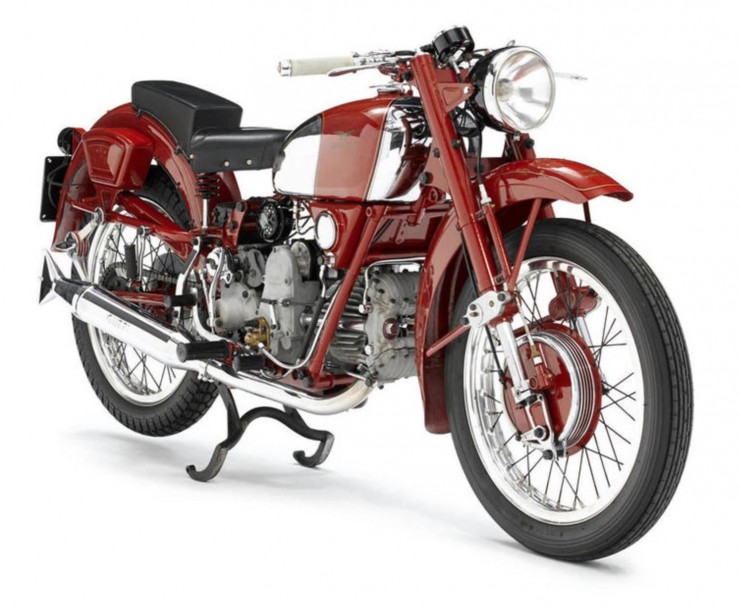 The 1950 Falcone was fitted with a 500cc air-cooled engine with a fully-enclosed cylinder head, telescopic forks were fitted up front and the rear suspension was the classic Moto Guzzi swingarm with two springs boxed beneath the engine with adjustable scissor-type friction dampers at the rear.

The bike you see here is an original 1950 Moto Guzzi Falcone that was sympathetically restored in 2000, it’s due to roll across the auction block with Bonhams at The Las Vegas Motorcycle Auction on the 9th of January 2014 and you can click here if you’d like to read the full listing. 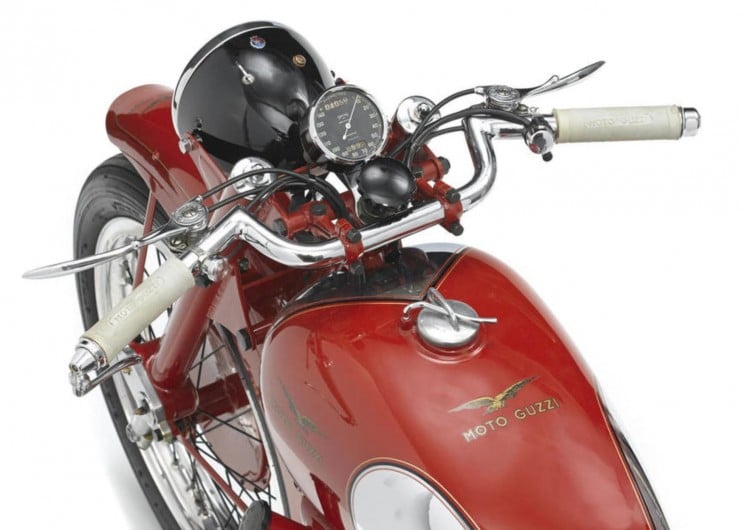 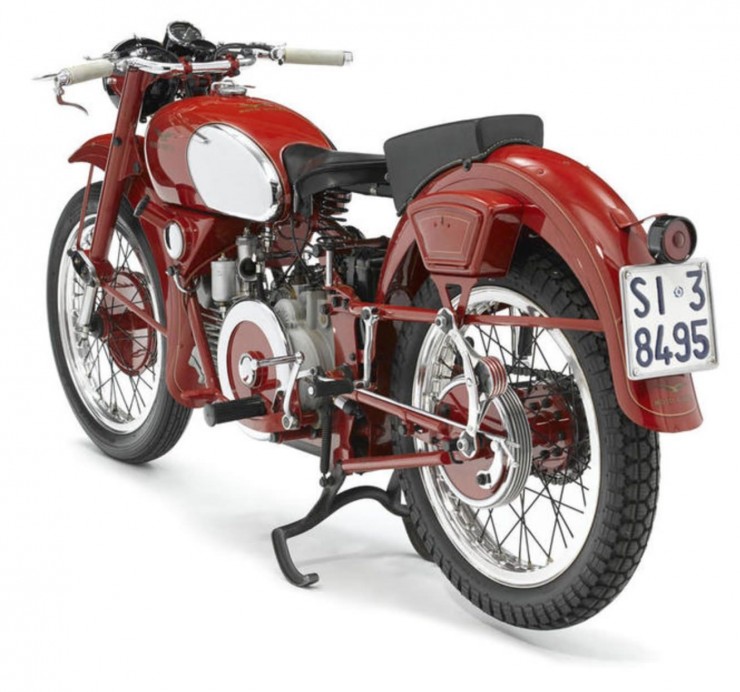 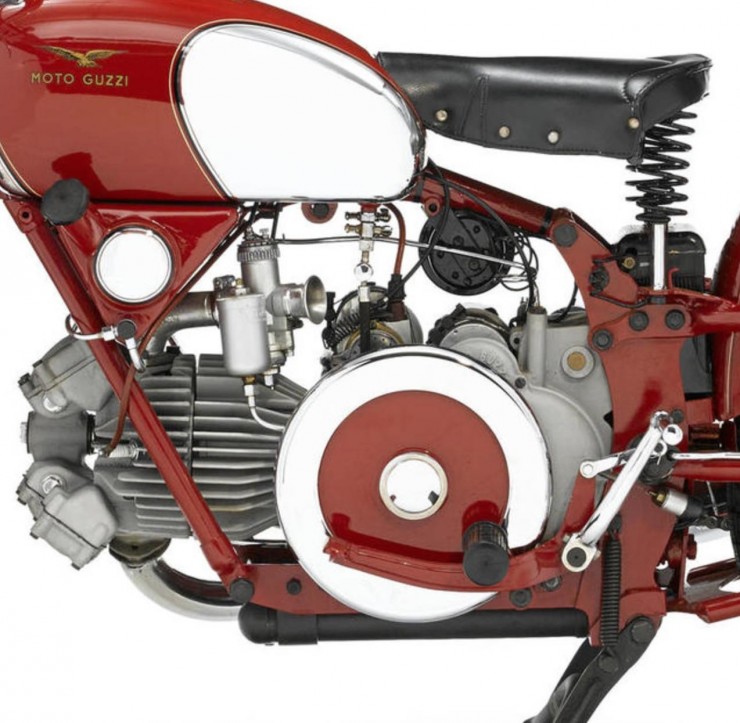 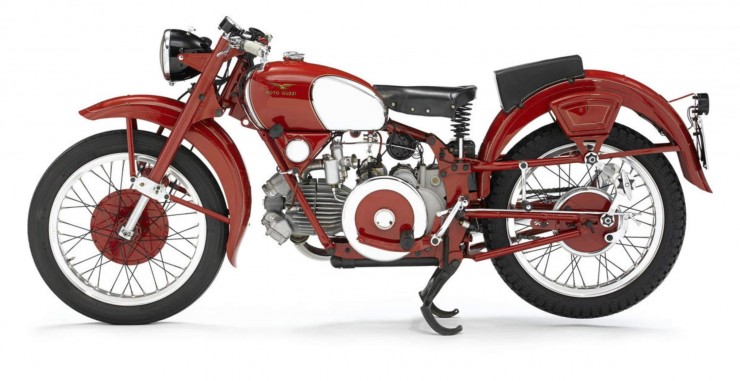 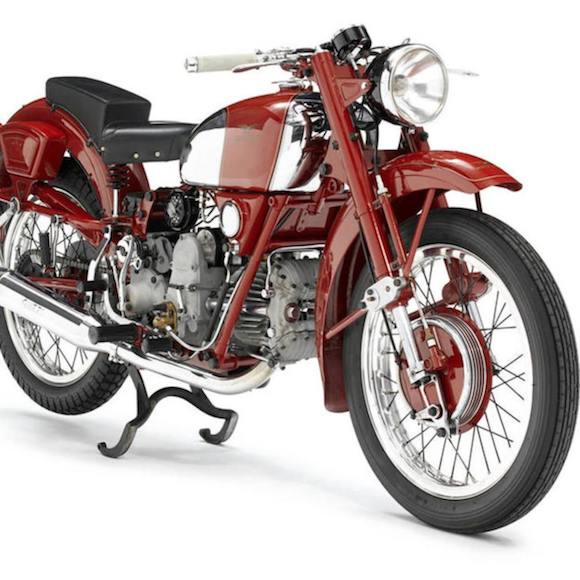