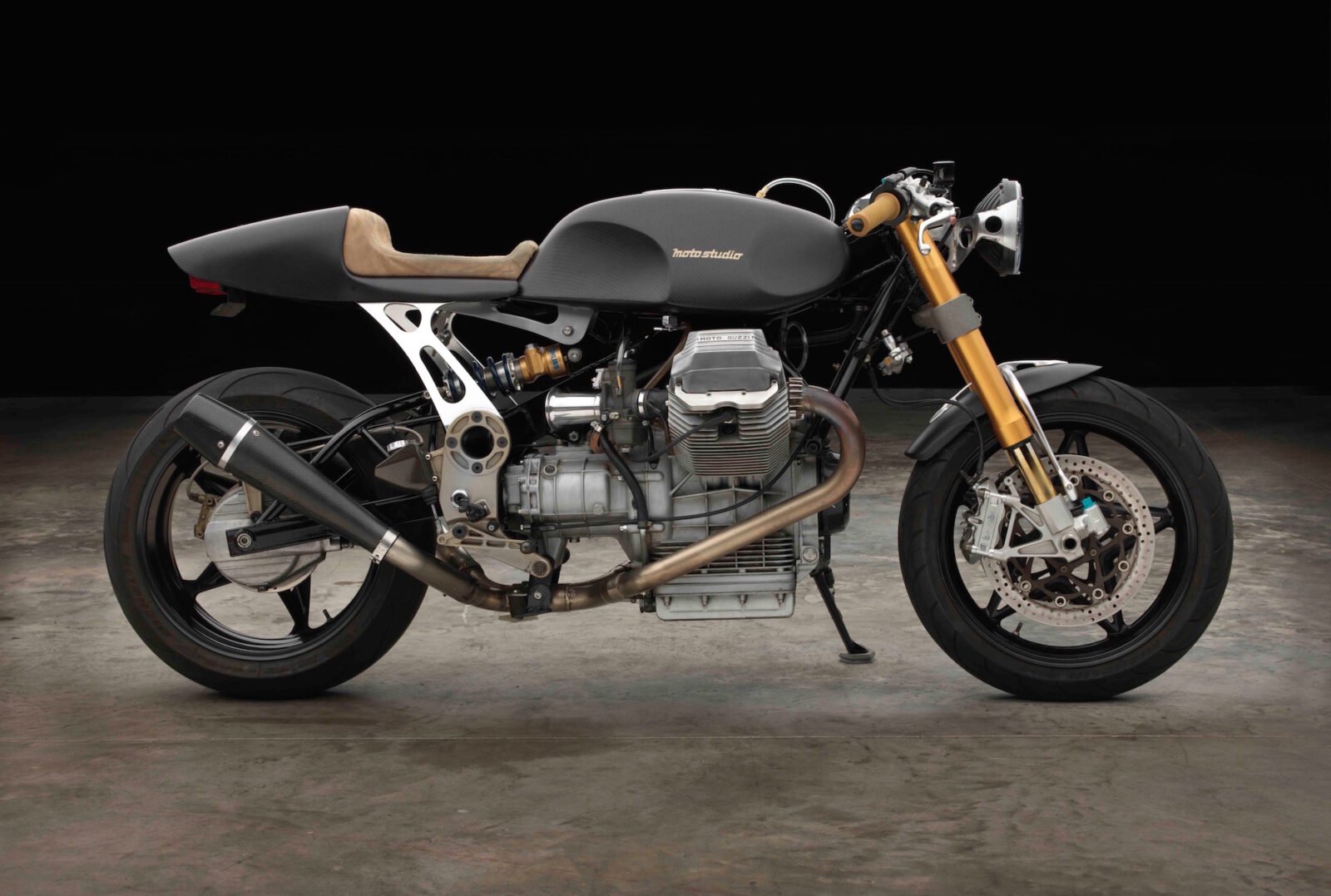 The Moto Guzzi 1100 Sport is one of those wonderful motorcycles that suffers from one major problem – it’s a little on the porky side. With a wet weight well into the 500 lb range the Guzzi was challenging to ride, although those who have mastered it tend to consider it one of the best handling of the heaver sport bikes of the 1990s.

One of the reasons for its solid handling was the frame design, it was developed by John Wittner with a single rectangular beam joining the steering head to the swing-arm pivot and also incorporating the chassis mount for the monoshock. The hefty V-twin with its iconic longitudinal orientation is also a stressed chassis member, contributing significantly to the bike’s rigidity and making it an excellent platform for a custom motorcycle garage with an eye for detail.

The team at Moto Studio happened to have a Moto Guzzi 1100 Sport sitting around the shop that they’ve been slowly developing over time with a strong focus on dropping its excessive weight whilst further improving handling by using suspension that Wittner would have used himself – if it had been invented in 1995.

The original frame used on the bike was so good that the team decided to keep it in place as-is, a new aluminium subframe was developed and an Öhlins TTR 4 way shock absorber from a Lola Indy car was installed. The original steel fuel tank, cowling, fenders and exhausts were removed and the team began work on a custom carbon fibre replacements – this involved making the patterns and moulds from scratch with sub-millimetre tolerances for sizing.

The completed bike is over 100 lbs lighter than the stock model and it’s an utterly spellbinding example of a modern cafe racer, it embodies the exact characteristics we always like to see from the genre – it’s a lighter, faster and better looking motorcycle than the one it’s based on, with emphasis on function before form. 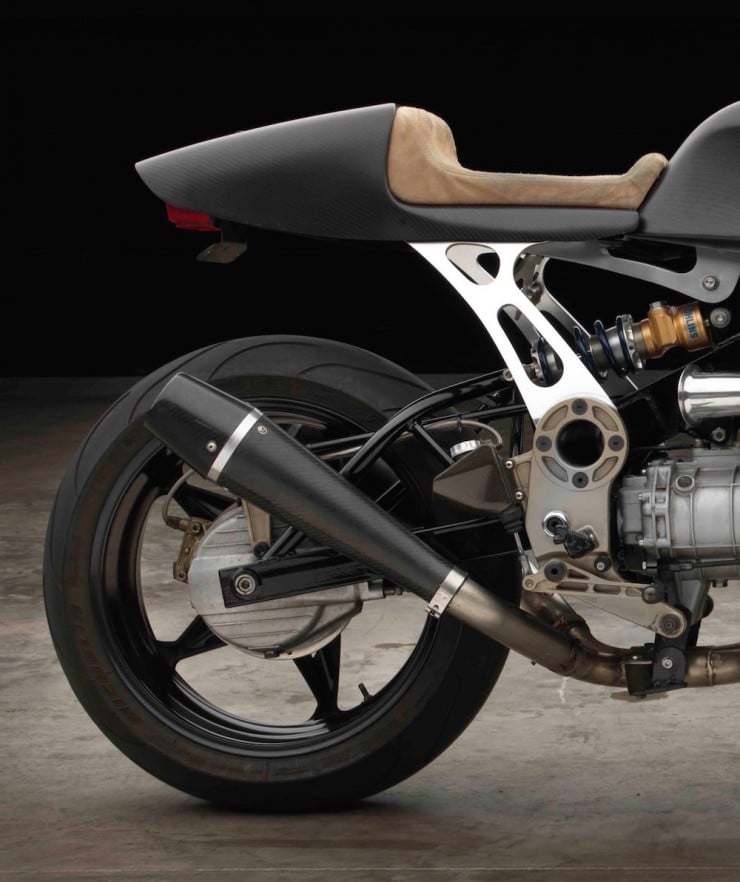 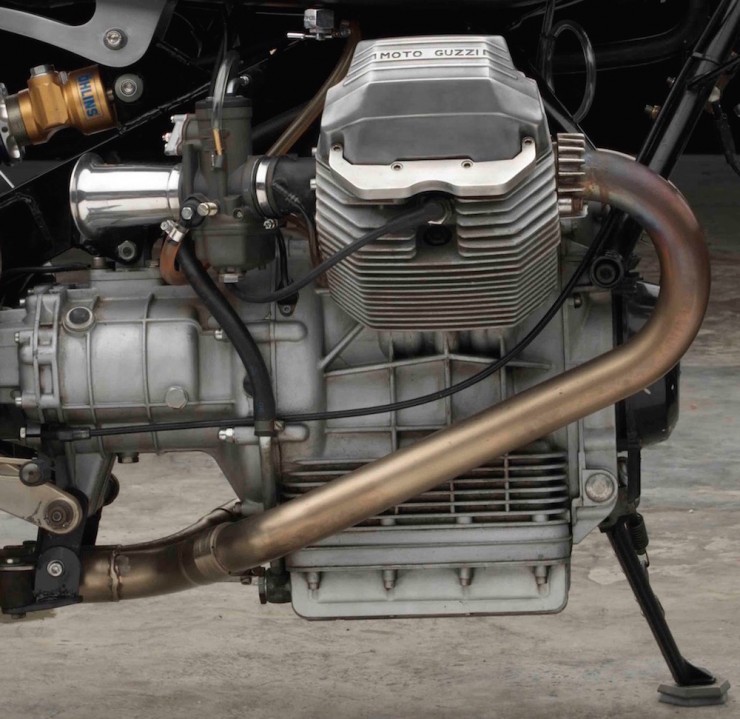 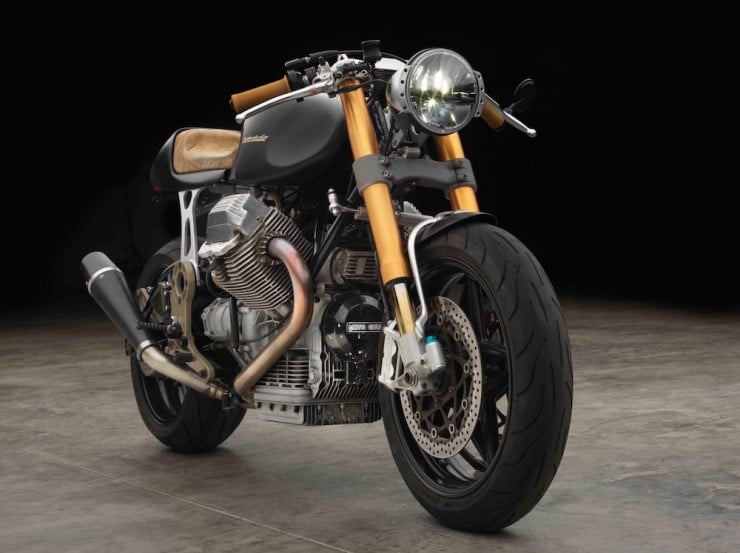 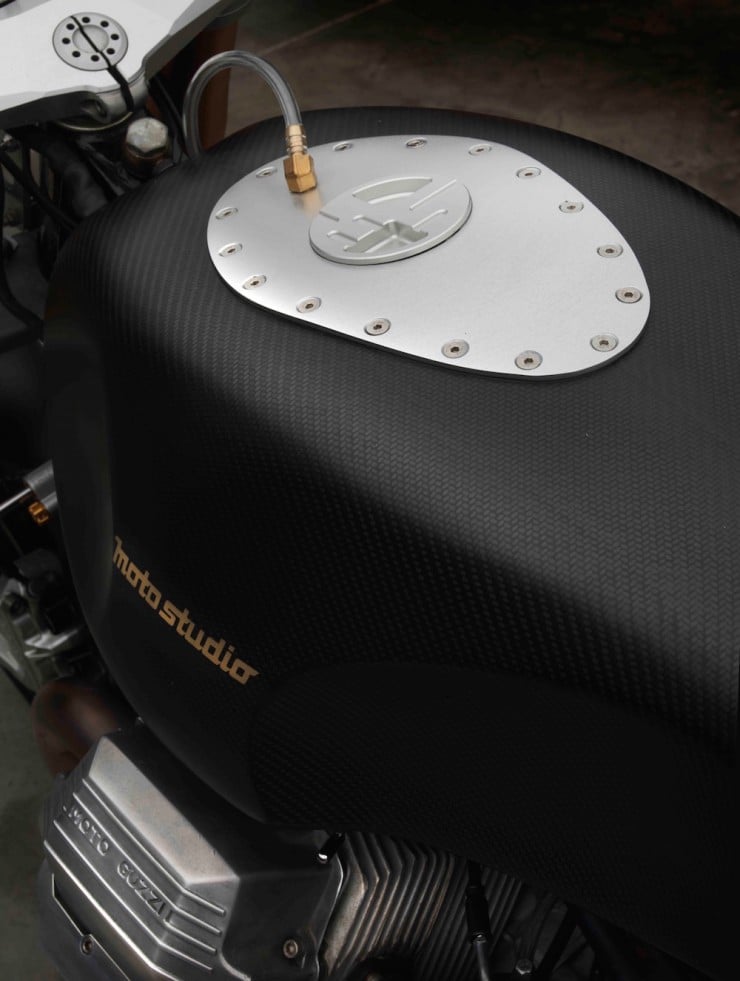 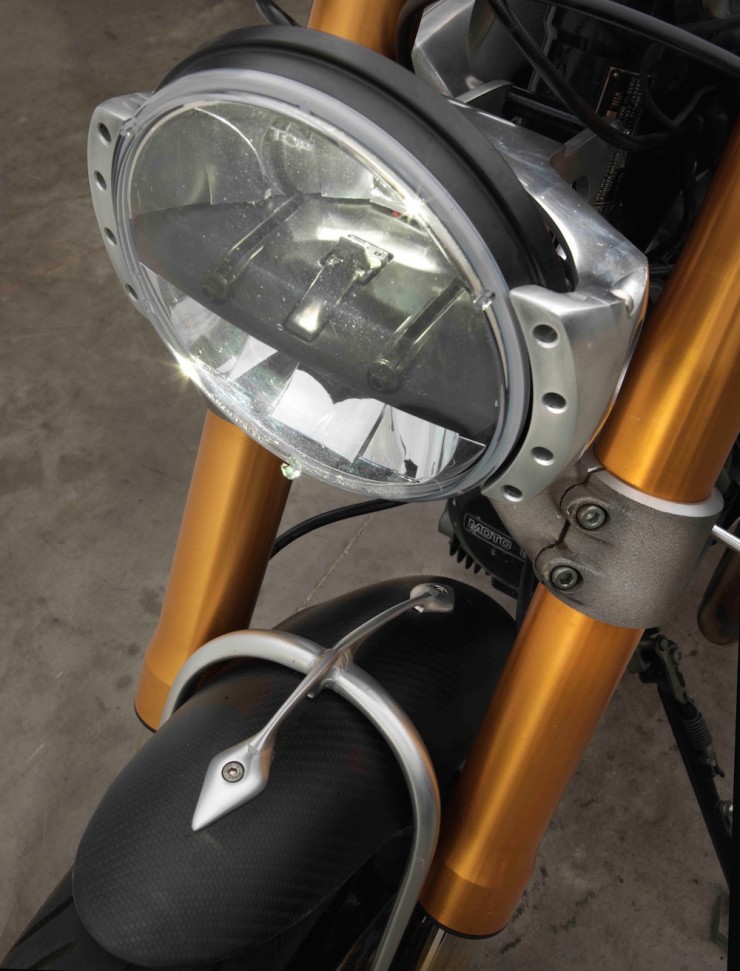 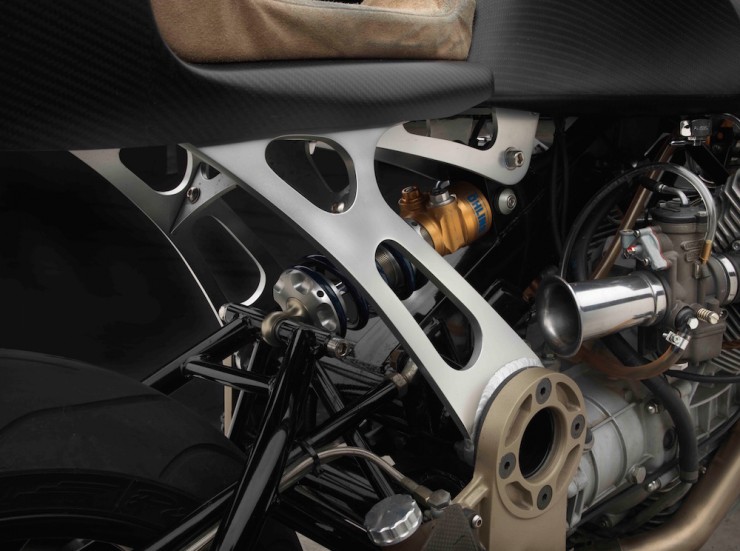 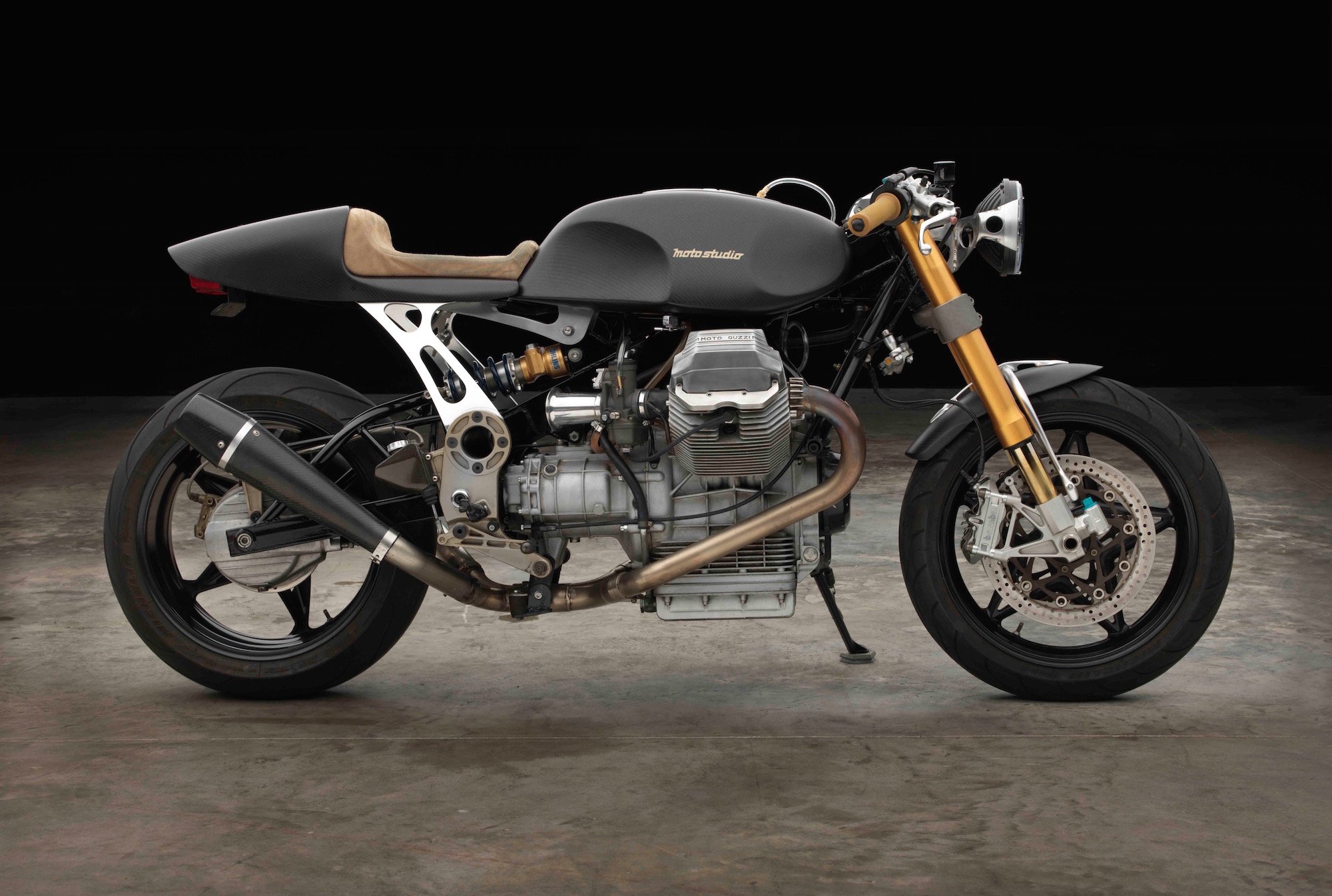