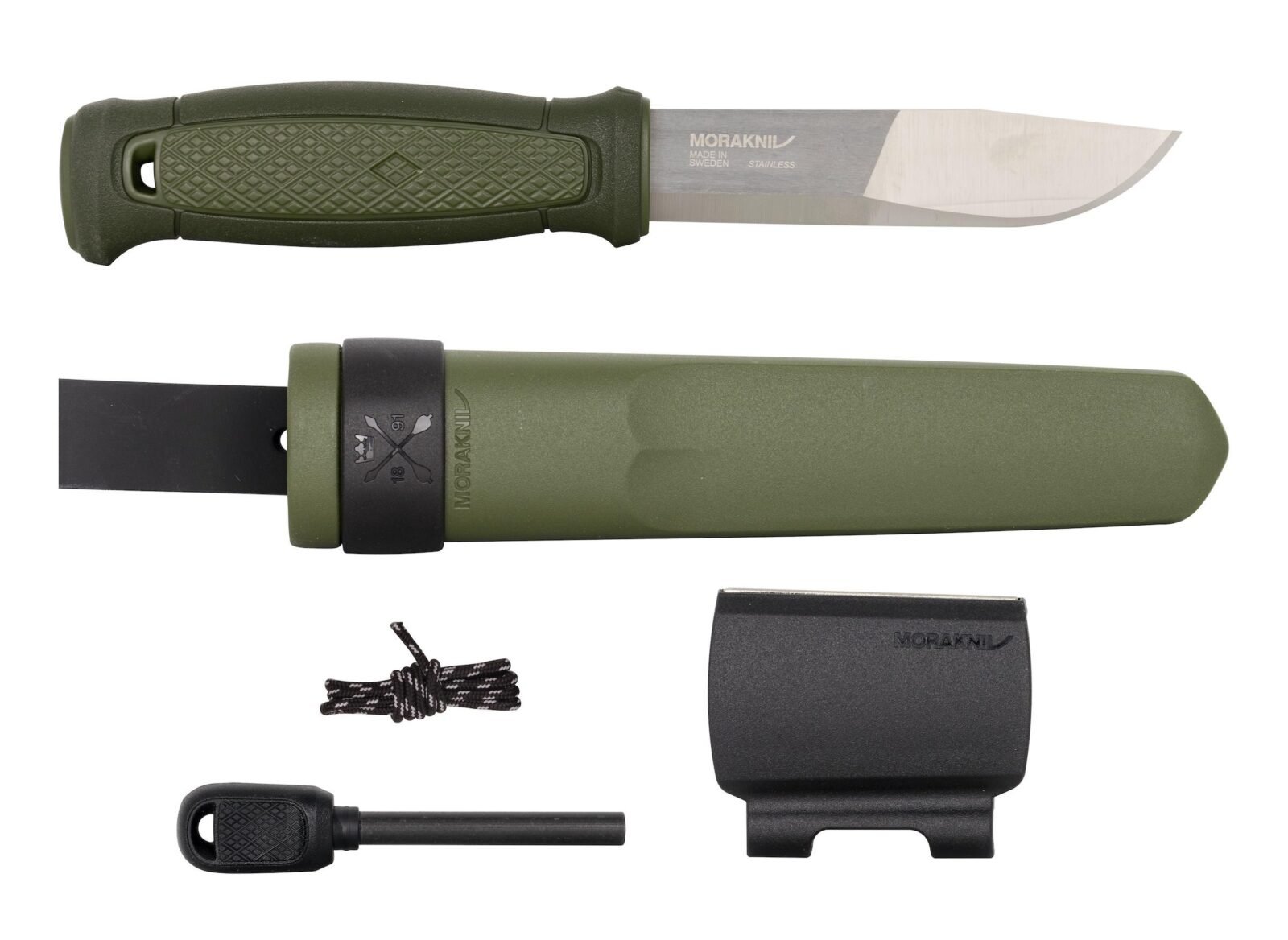 Morakniv is a Swedish knife maker with a history that dates back to 1891, interestingly the company started out in the Swedish town of Mora making sledges and trolleys, with blades produced in the factory for their own internal use.

It would be the knives that the factory would become most famous for, as traveling farm traders spread them from Mora in their travels around Sweden. By 1904 the company was making 19,000 knives annually which were sold in Sweden and exported around Europe.

The company name Morakniv translates from Swedish to “Mora Knife,” the name that the knives from the town of Mora had been called since the late 1800s.

In order to start a fire you remove the fire starter rod from the scabbard and run the spine of the knife down it repeatedly. This creates a shower of sparks which will light your tinder.

The Morakniv Kansbol with its integrated survival kit is designed for people who need a reliable knife for outdoor use that can also be used for starting campfires when needed thanks to the ferrocerium or “fire steel” rod.

The included diamond blade sharpener means that you can essentially keep the blade sharp indefinitely when you’re out in the wilderness, and the ferrocerium firestarting rod can be used to potentially start thousands of fires before it runs out.

The knife is of the classic Morakniv style, with a 2.5 mm thick blade made from high-grade Swedish stainless steel with a Scandi grind edge profile. The spine of the blade is ground to a 90º sharp angle making it compatible with the fire starter.

Morakniv is offering this self-contained survival kit in either green or orange colorways, and the MSRP is an affordable $60 USD. 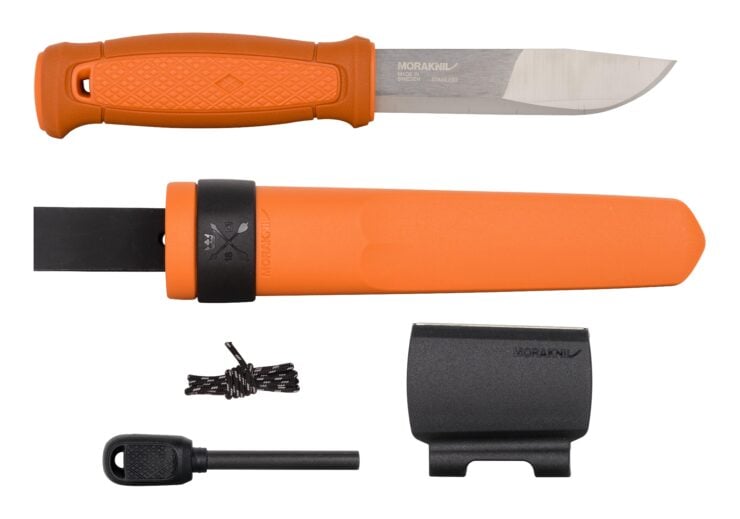