Just three examples of the Mohs Safarikar were ever made and only two have survived to the current day, the vehicles were designed to be a combination between a four-wheel drive and a Rolls-Royce for wealthy people to use when big game hunting in Africa.

When new the Safarikar cost between $19,600 and $25,600 USD, a vast sum in 1972 dollars. Due to the high cost, unusual looks, and exceedingly small potential market the car wasn’t a success, and it would be the last car offered by Mohs.

The Amazing (and Eccentric) Bruce Mohs

It’s impossible to tell the story of the Mohs Safarikar without first talking a little about the company’s wildly eccentric founder Bruce Mohs.

Not only did Bruce Mohs become an automobile manufacturer, but over the course of his life he was also a specialist mechanical prop maker for Hollywood, working with the likes of Alfred Hitchcock. 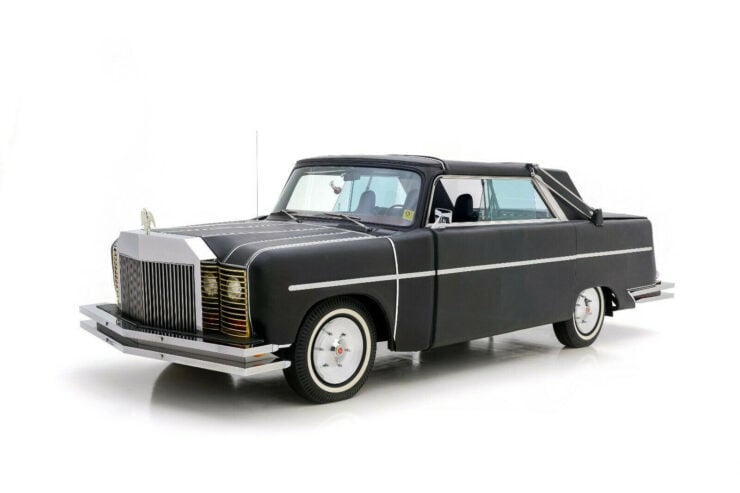 The Safarikar is a decidedly unusual looking vehicle, designed to combine the luxury of a Rolls-Royce with the go-anywhere ability of a four-wheel drive.

He would also become a restaurateur and a hotel operator, he was the inventor of the instant milkshake, he was a big-game hunter and photographer who travelled to 110 countries, he did infrared photography for NASA’s earth satellite program to help calculate satellite trajectories, he was a museum curator, and he was the inventor of the Reflecto-strip, a reflective material used on highways and guardrails around the world.

That’s not all he did in his life, but it’s enough to give you a general idea of what kind of person he was.

“Concentric people go around in circles; they never fly off in a tangent and get anything done. Many concentric people are simply going and doing their 8-to-5 jobs and coming home and sitting in front of the TV tube and opening a can of beer and going to bed and doing the same thing the next day. I think everybody should have some little eccentricity.” – Bruce Baldwin Mohs

The first car developed by Bruce Mohs was, believe it or not, even more outlandish than the Safarikar. It was called the Ostentatienne Opera Sedan and it was essentially an uber-luxurious way of driving to the opera.

The only way to enter the passenger compartment was through a single rear door that opened upwards, this was to allow ladies in ballgowns to get in and out of the car elegantly in front of the waiting media. The sides of the car were steel reinforced to keep the occupants safe in an accident, and the air-conditioned interior was awash with rich carpeting and plush upholstery.

Only one example of the Ostentatienne Opera Sedan was ever made, however this left Bruce Mohs entirely unperturbed, and he immediately set to work on his next creation – the Safarikar.

As a big game hunter, Mohs was doubtless familiar with the off-road vehicles typically used in Africa in the 1960s and 1970s – usually Land Rovers with very rudimentary interiors that had lived rough lives.

This led him to his eureka moment, he would build a luxurious vehicle like a Rolls-Royce with an off-road four-wheel drive chassis and a body that could be used as a shooting platform – with rifles being rested directly on soft, foam-covered body panels to help hunters aim. 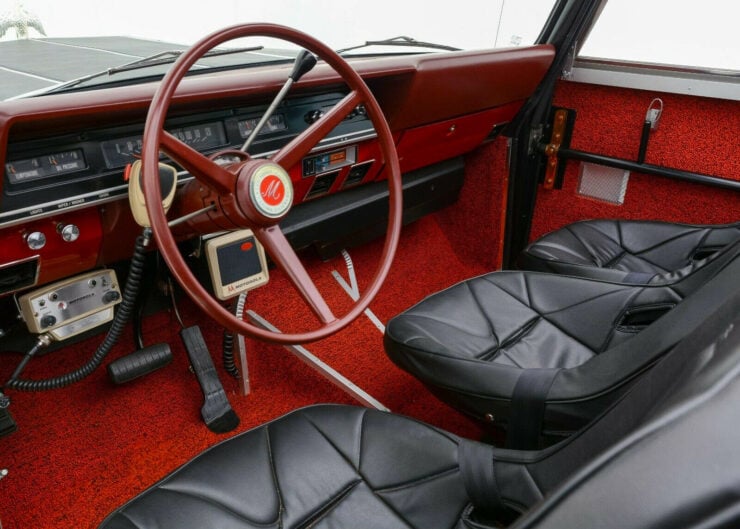 The seats were apparently designed by Steve McQueen for Baja desert racing.

Power would be provided by the IH 392 cubic inch (6.4 liter) V8 mated to the company’s 3-speed automatic transmission. Upon this platform a new aluminum body would be built incorporating two distinct seating areas, Bruce liked to call it a “dual cowl phaeton” after the elegant pre-WWII cars with the same layout, but truth be told he was stretching the term so thin it became translucent.

There idea was that the driver and guides would sit up front, and the hunters would sit in the back with their rifles, binoculars, and probably brandy. If needed the rear seat could fold down into a bed to keep everyone comfortable overnight.

Perhaps the most interesting bit of trivia about the Safarikar is the source of the three bucket seats in the front – they were apparently designed by Steve McQueen and his team for desert racing in Southern California and sold under the Solar Automotive brand – Solar Productions was the name of his film production company.

The aluminum body was covered with soft polyurethane foam, which was upholstered with black Naugahyde, a type of waterproof synthetic leather that had proven highly-resistant to the elements. It’s believed that that purpose of this was to give shooters a stable platform to rest their rifles on, without risking damage to the car or the firearms (as mentioned above).

After its introduction to a bewildered general public in 1972 the Safarikar went on to sell a grand total of three units. Just two have survived to the modern day including the car you see here, which believe it or not has just popped up on eBay with a Buy It Now price of $197,000 USD. Interestingly this is considerably less than the $350,000 it was listed for on another platform last year.

If you’d like to read more about the Afrikar or register to bid you can click here to visit the listing, at the time of writing there are approximately 25 days left to get your offer in. 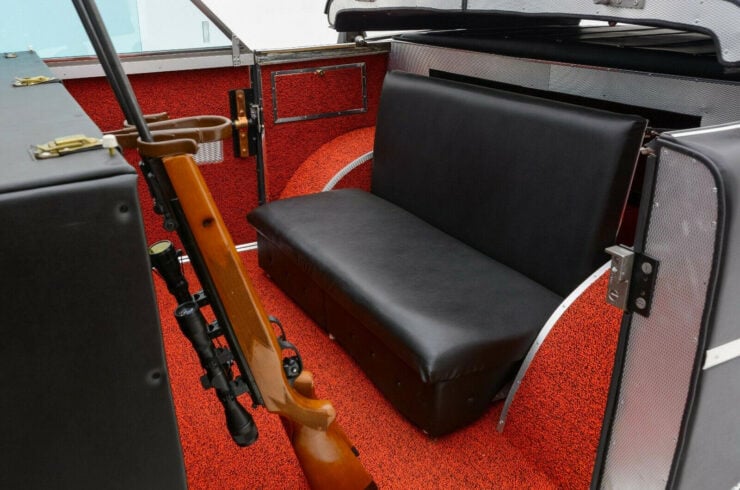 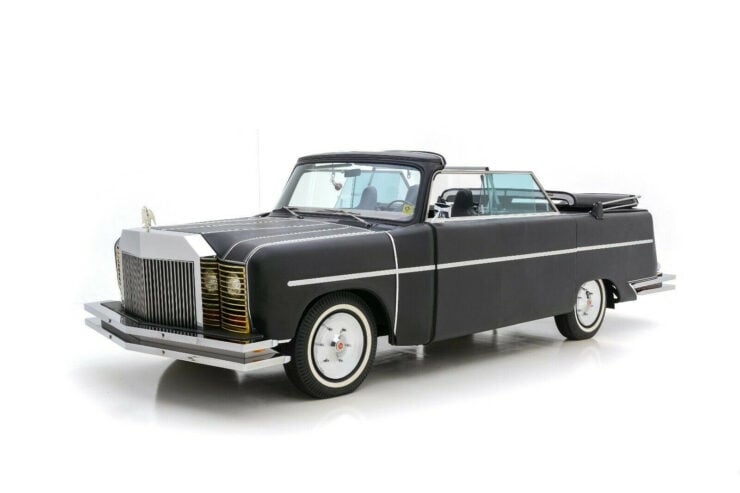 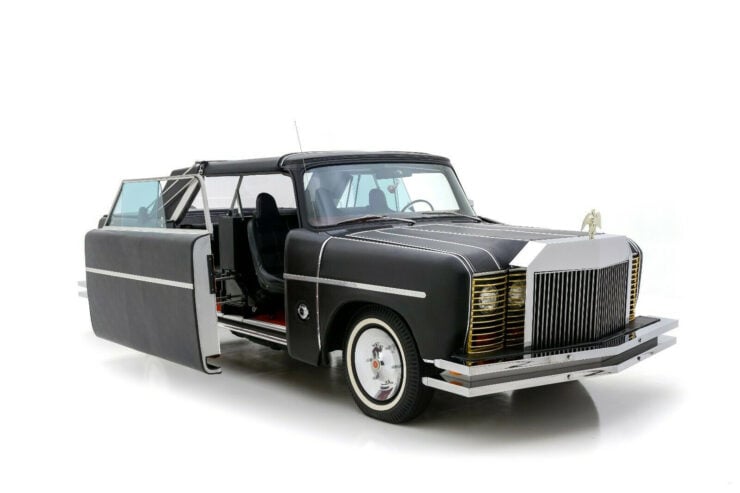 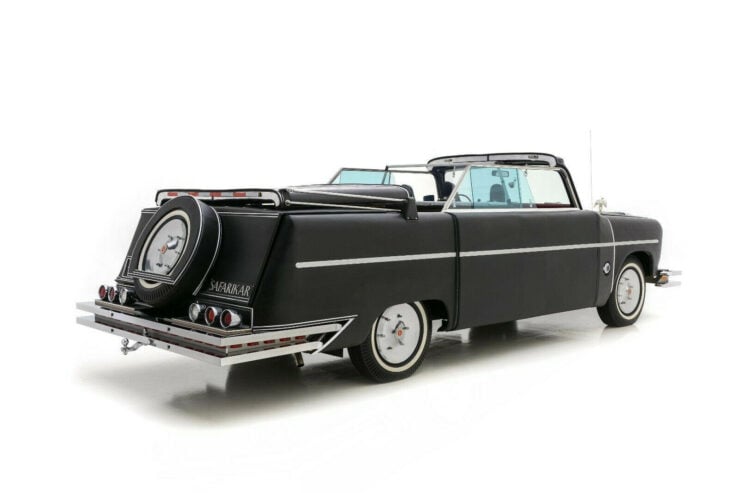 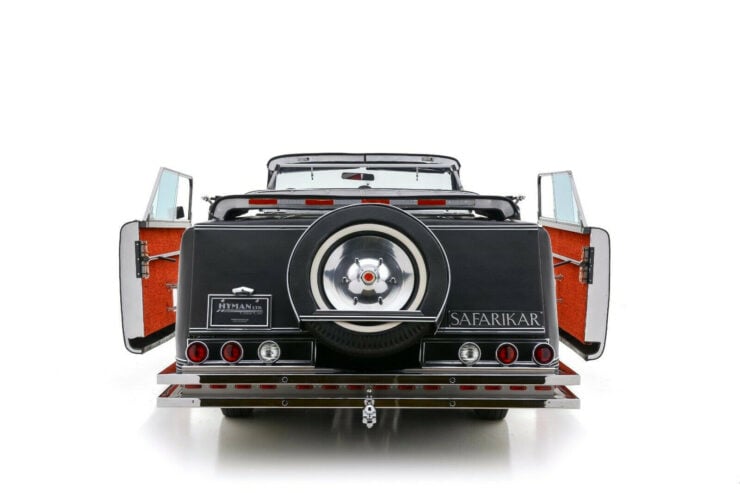 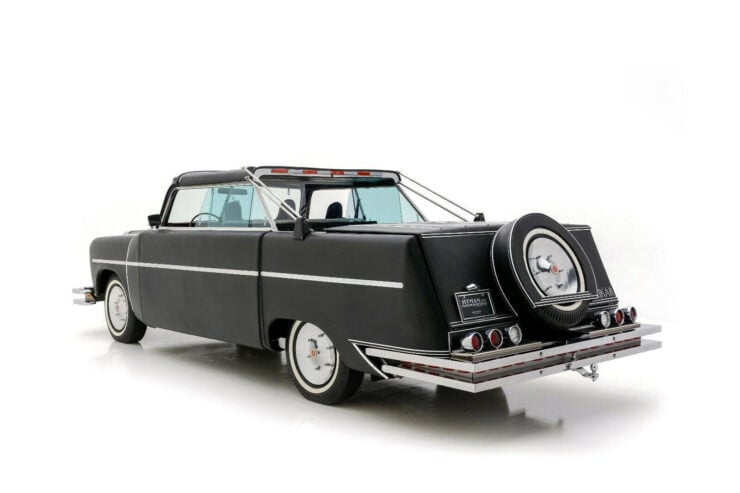 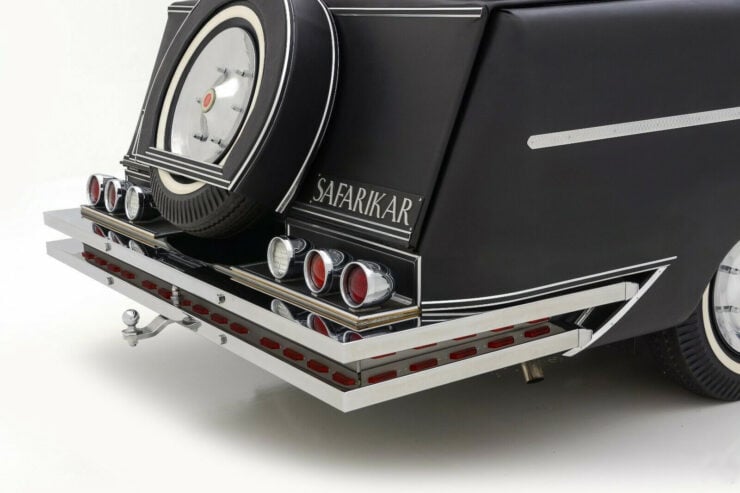 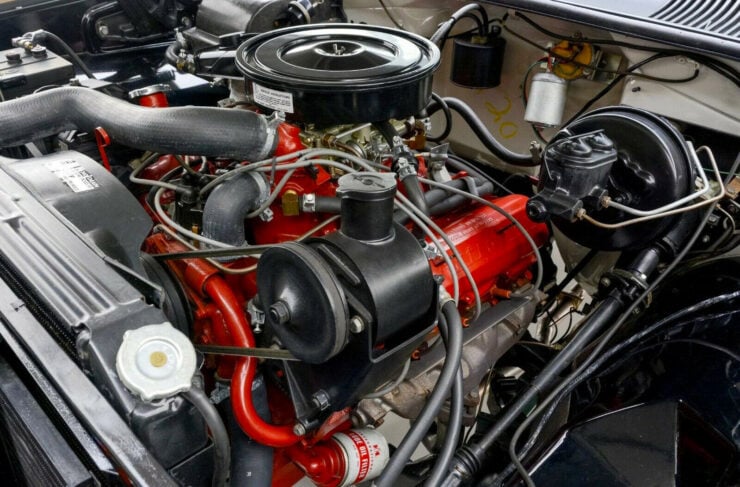 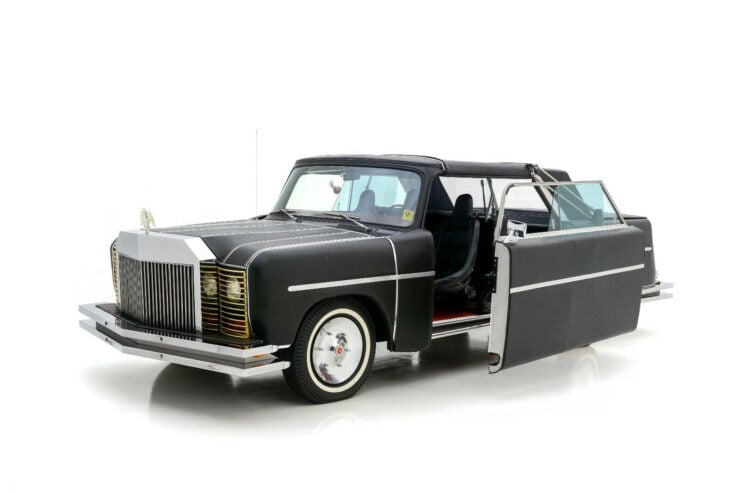 Published by Ben Branch - September 5th 2021
Related Posts
12A Rotary-Powered Sleeper: A 1969 Mazda 1200 Coupe With A Secret Under The Hood