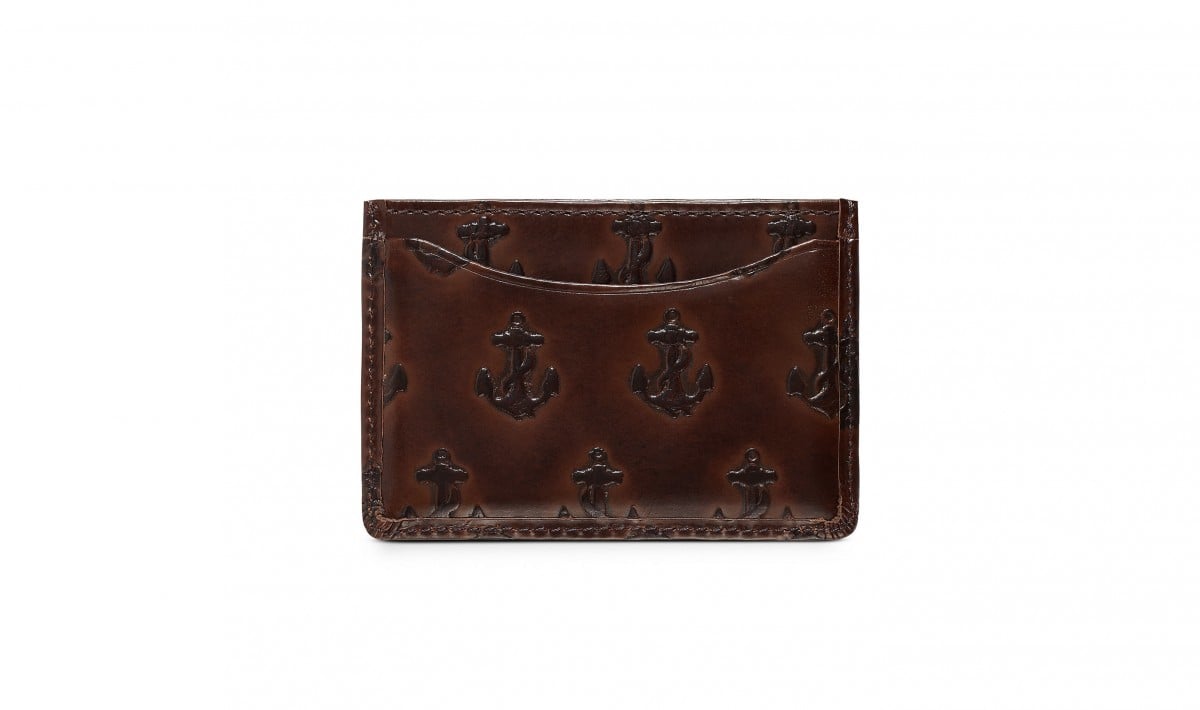 This wallet from Jack Spade is perfect for those who like to avoid the Costanza-effect, it has 2 credit card compartments, a compartment for bank notes and it’s made from vegetable-dyed cowhide leather embossed with burnished anchors.