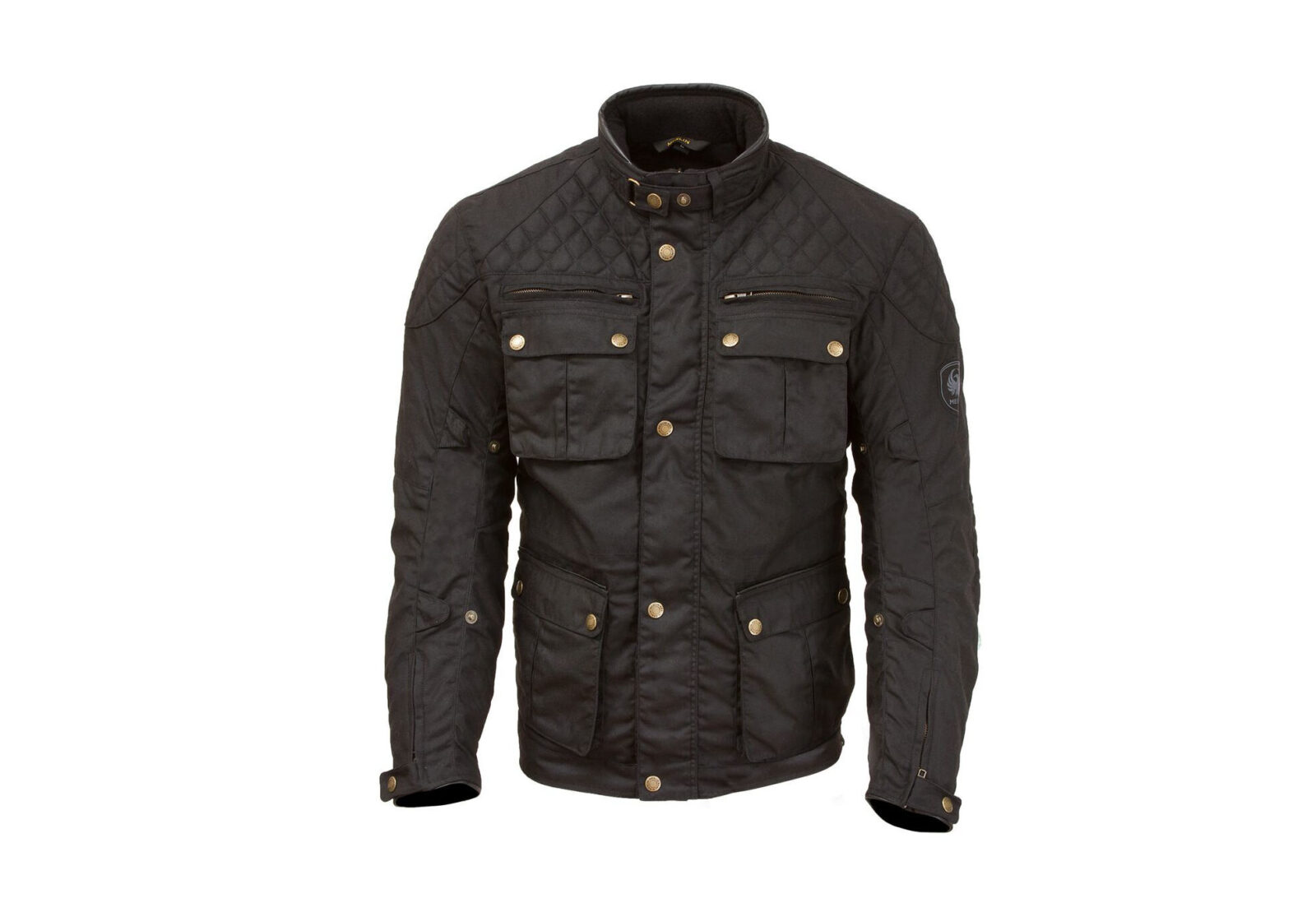 The Merlin Edale jacket is a new design from the British manufacturer that was developed using an outer shell of Cotec, a new fabric developed by the famous Scottish mill Halley Stevensons.

Cotec is a technologically advanced rethink of traditional waxed cotton, incorporating state-of-the-art fibres to offer better breathability, easier maintenance, and much improved abrasion and penetration resistance. It still offers all the benefits of traditional waxed cotton, including water resistance, comfort, and the aforementioned breathability.

The Edale jacket features classic British styling from the early-to-mid 20th century, with a dark green, water resistant outer layer featuring four button down front pockets and an 0ff set rear glove storage pocket, the shoulders and arms have diamond quilting, and the waist and wrists are adjustable to ensure a tailored fit. 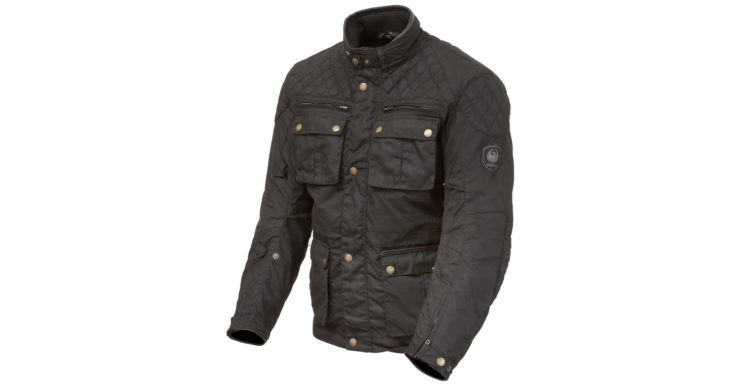 Underneath the Halley Stevensons 8oz Cotec outer the Edale jacket has a Reissa Active waterproof/breathable membrane and Marton Mills Scottish tartan panels. It also has removable Outlast climate control lining for riding in the cooler months, and D30 shoulder and elbow armor for added impact safety, with a pocket for a D30 back protector (available separately).

The jacket has additional internal storage pockets, ventilation ports in the front and rear, side entry hand warmer pockets, and a jacket to jean connecting zipper.

Merlin is a 100% employee-owned company that focusses on building traditionally-styled motorcycle gear that takes advantage of modern materials and safety technology. 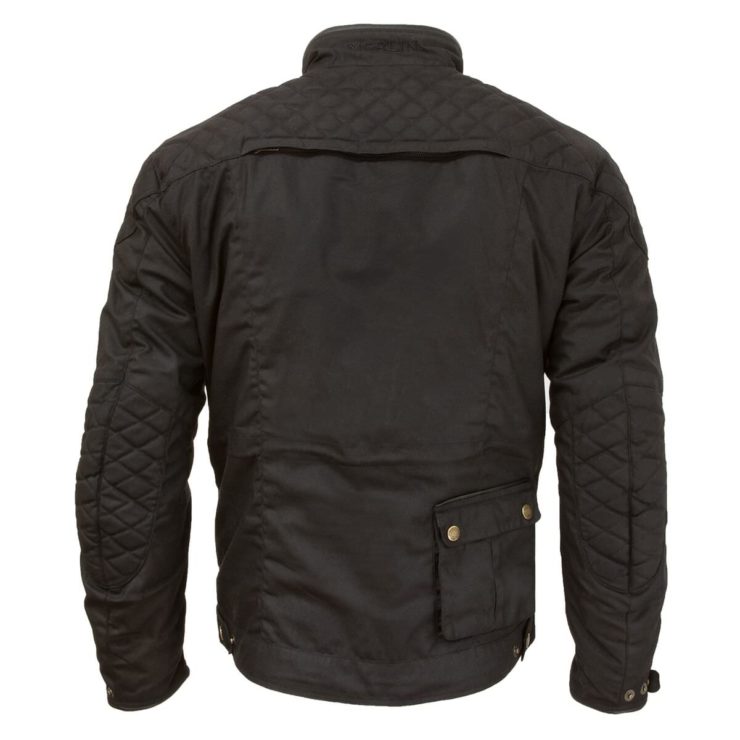 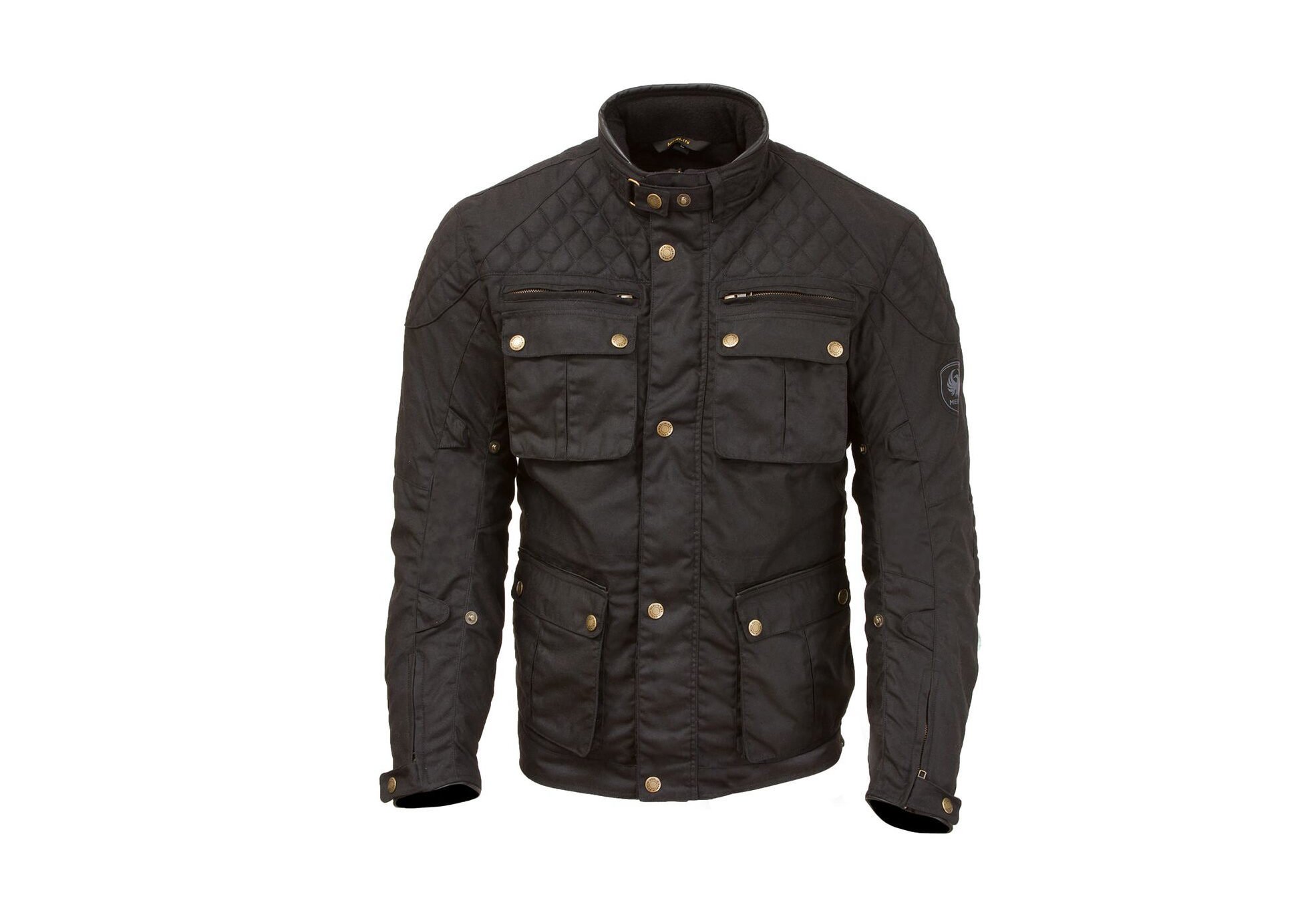 This Lock Pick Training Kit was developed to give people a quick and inexpensive entry into the world of competitive lock picking. Although…