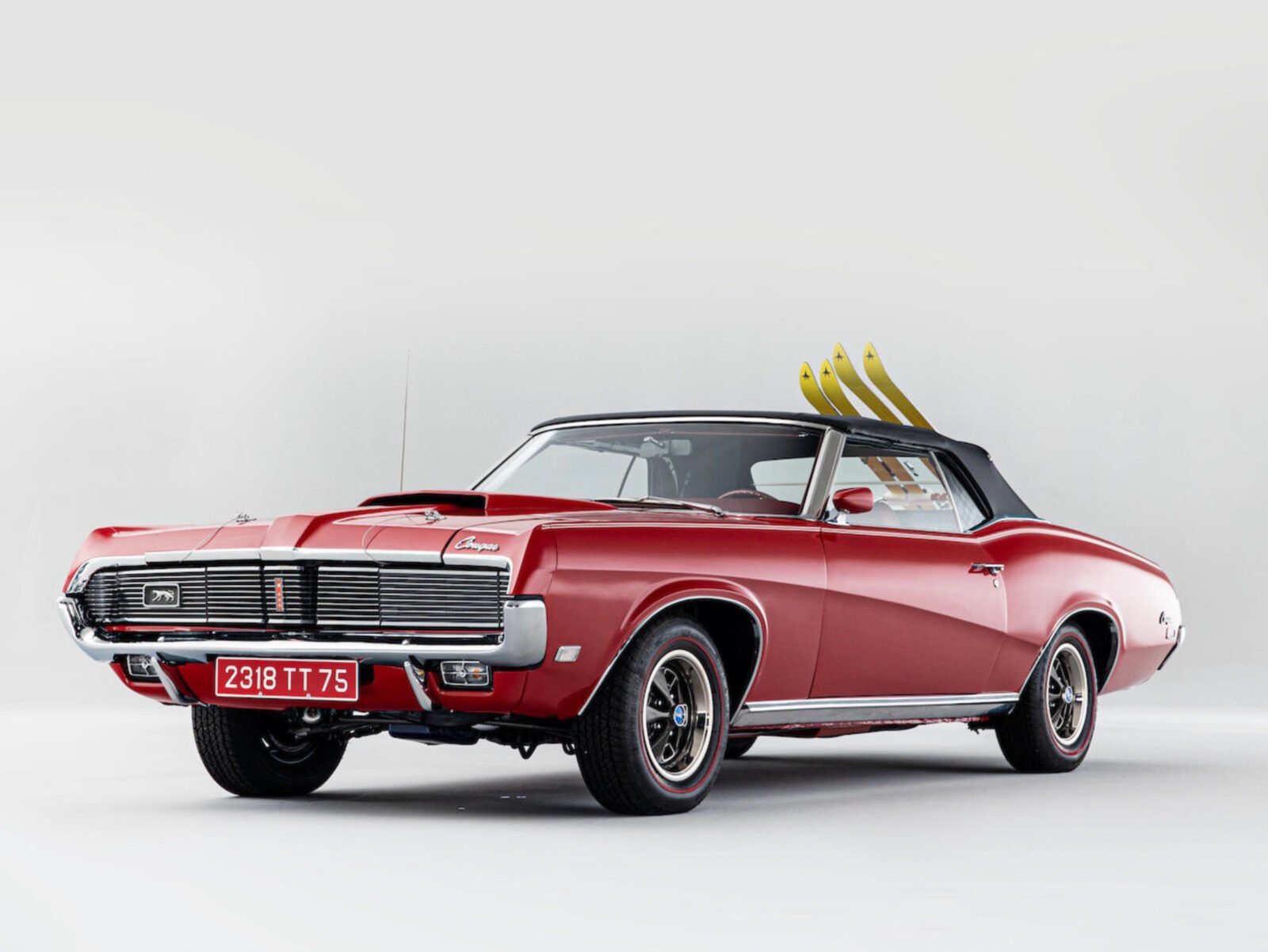 This is a 1969 Mercury Cougar XR7 convertible that had a starring role in the classic James Bond film On Her Majesty’s Secret Service starring George Lazenby and Diana Rigg.

The most famous car chase scene in On Her Majesty’s Secret Service (watch it below) involved the Mercury Cougar XR7 being driven by Contessa Teresa di Vicenzo (Diana Rigg) through a Swiss mountain village.

The car chase joins in with an ice racing event (keep your eye out for the Mk1 Ford Escort) and she eventually escapes.

Genuine Bond cars are wildly popular with collectors and enthusiasts, they combine the passions of both cinema and classic cars – passions that are shared by many of us.

The most famous Bond vehicle is the Aston Martin DB5 of course, though there are many other lesser known vehicles like the Honda three-wheelers from “Diamonds Are Forever”.

It’s believed that three identical Cougar XR7s were ordered for filming, though some say there were four and one was destroyed leaving the three that are known to exist today.

The 1969 Mercury Cougar XR7 you see here was shipped to England as a special order, it was used for the barn scene which was filmed at Pinewood Studios. This resulted in the car being very well preserved as it wasn’t used during chase scenes or otherwise damaged during filming. 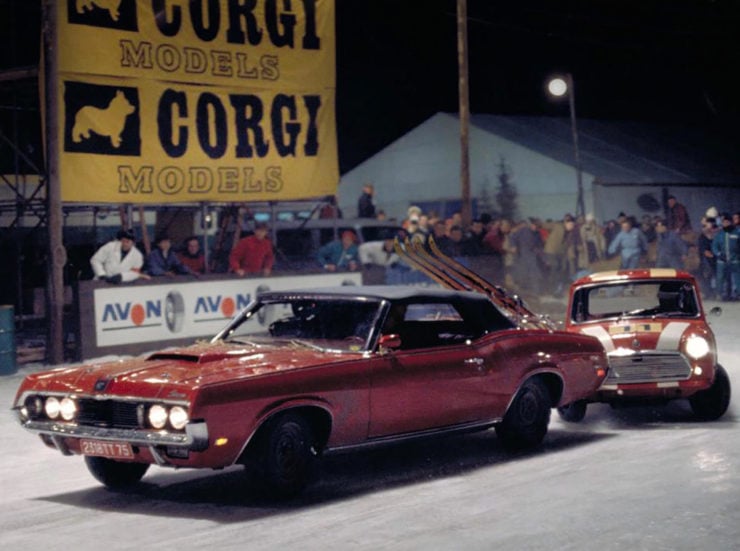 Exactly why a 428 cu. in. (7 litre) V8 American muscle car with a live rear axle was chosen to film a chase scene in Switzerland through tight snow covered streets and out across a frozen lake isn’t clear, though it’s safe to say that the stunt drivers earned every penny of their wages.

The Cougars that were used during filming featured prominently in four major scenes: the opening scene on the beach, the bullfight, the ice race and chase, and the barn/proposal scene.

The Ian Fleming Foundation (IFF) which looks after 40 screen-used James Bond vehicles is the global authority on Bond vehicles, they think that perhaps four were used during filming with one being destroyed in the chase scene. They know that one of the other cars is currently based in Spain, one is in their own collection, and the third car is the one you see here – now being offered for sale for the first time in 30 years. 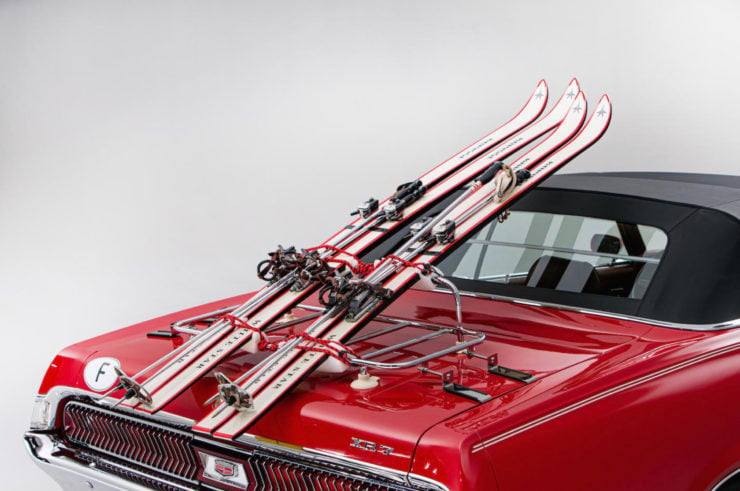 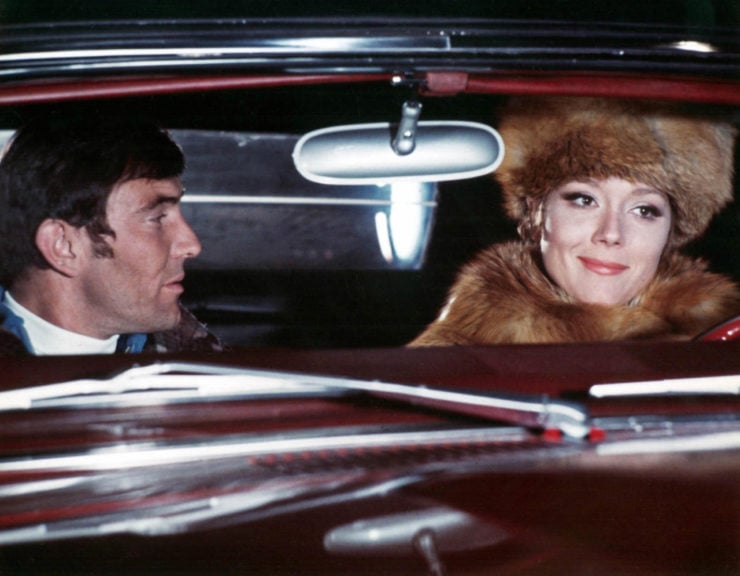 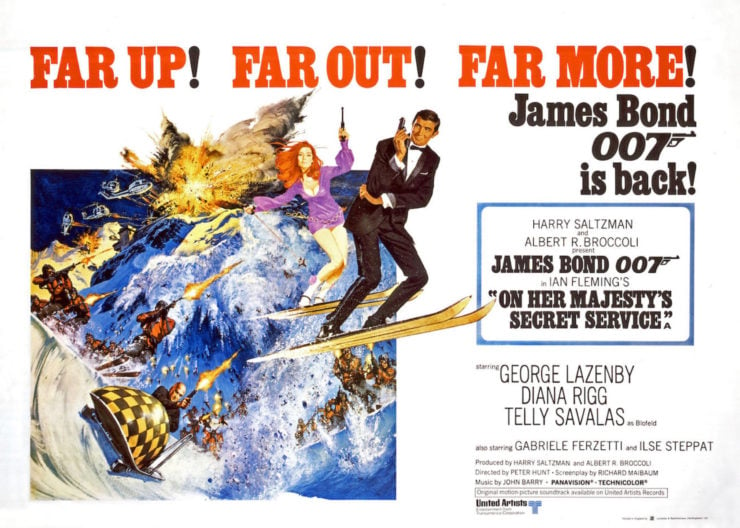 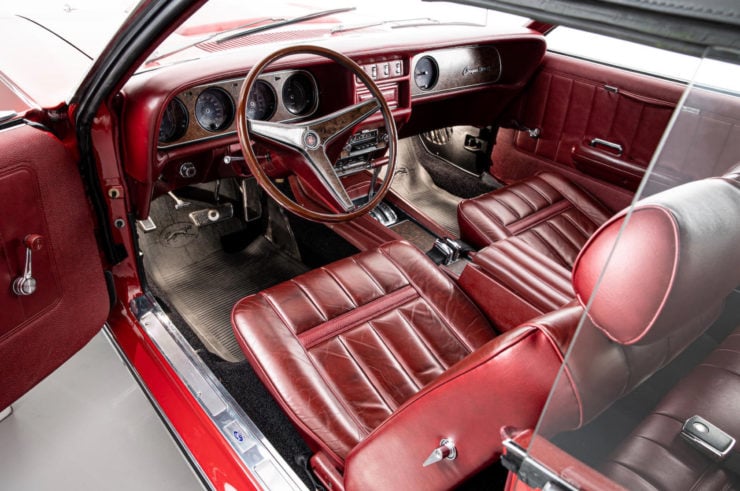 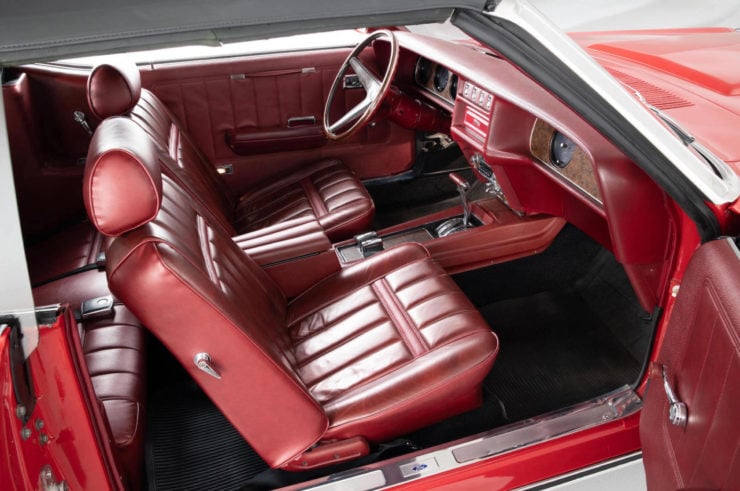 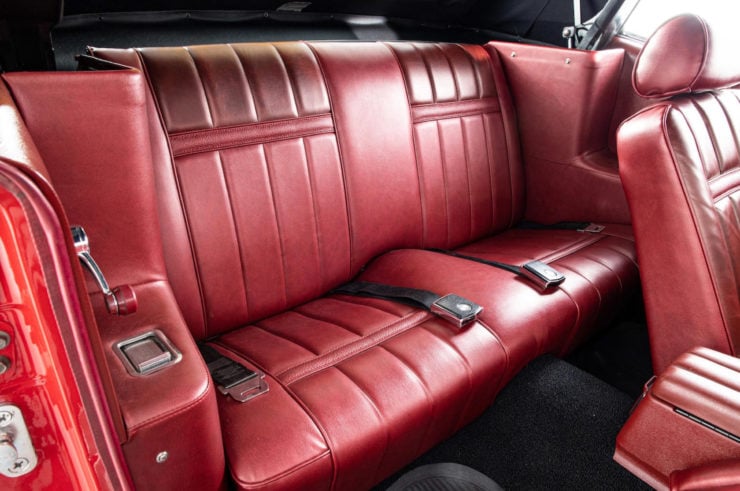 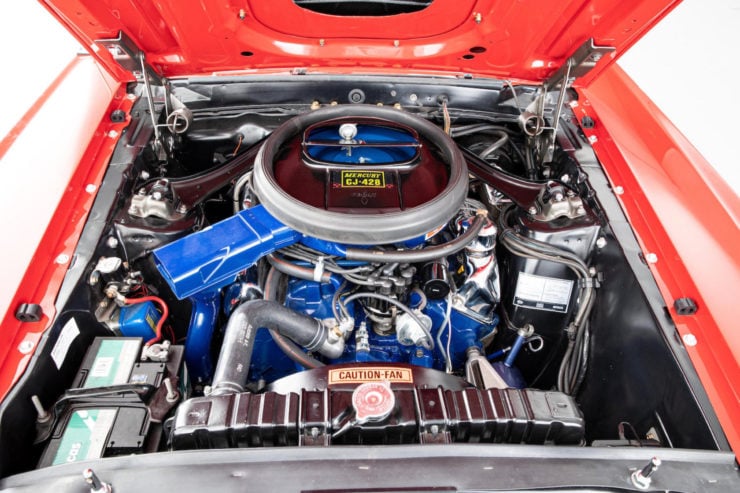 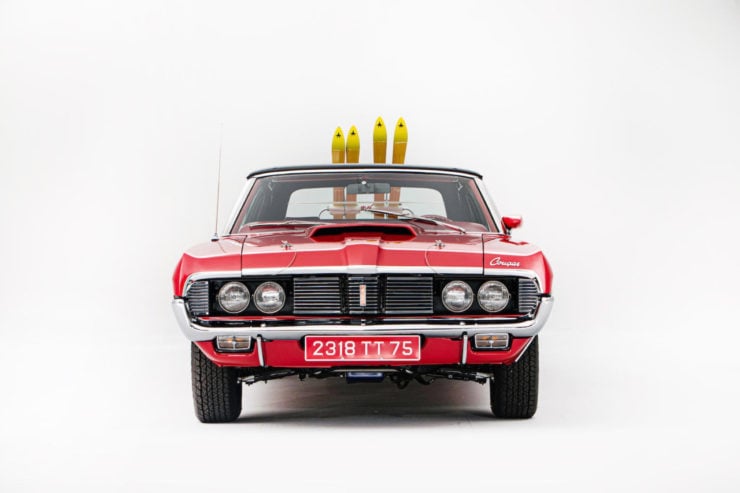 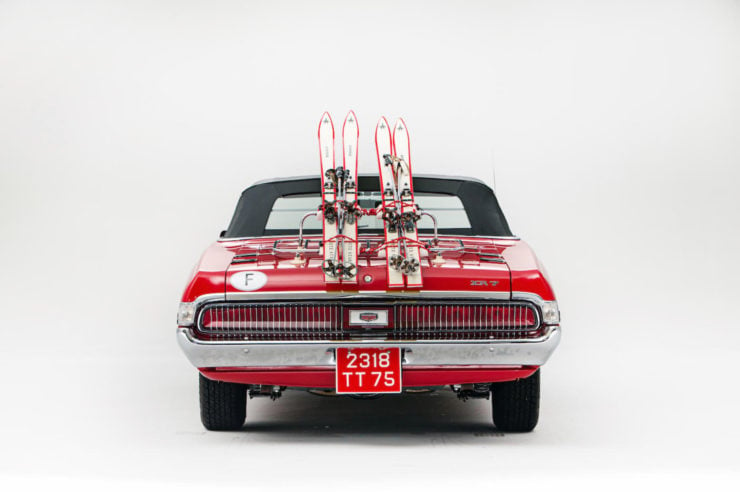 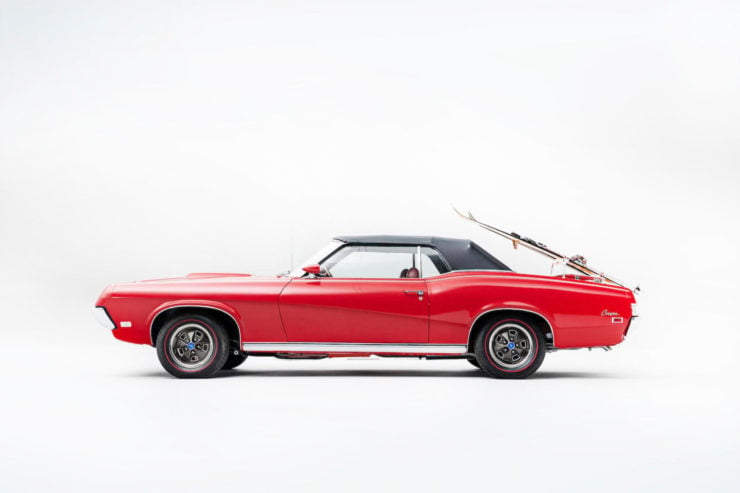 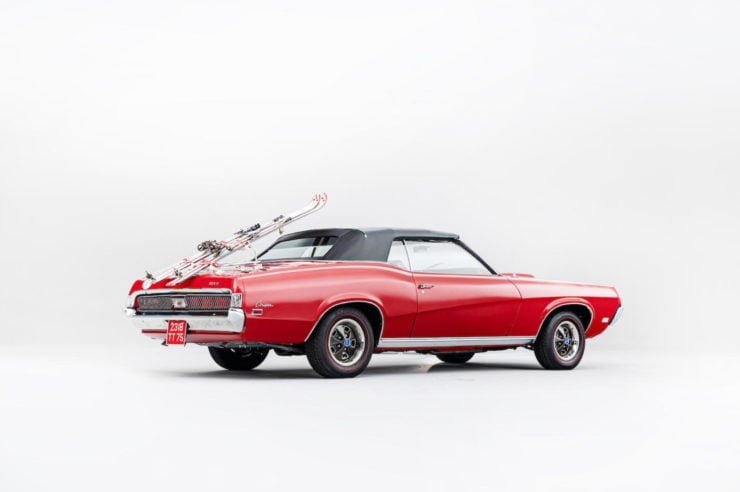