This is the Honda US90 ridden by Sean Connery in the film Diamonds Are Forever, in one of the most famous chase scenes in the history of the James Bond film franchise.

The 4 minute scene in Diamonds Are Forever saw 007 escaping in a Moon buggy initially before commandeering a Honda US90 three-wheeler and making his way across the desert to rendezvous with Tiffany Case at which point the two make a quick getaway in Tiffany’s car – a red 1971 Mustang Mach 1.

During the filming of this scene the production company used five Honda US90s, all of them were destroyed except the one you see here which was preserved due to the fact it was the one ridden by Connery himself and therefore had significant historic value.

Interestingly, Connery was never originally going to appear in Diamonds Are Forever. He had decided to no longer play the dashing British spy after appearing in You Only Live Twice, his fifth Bond film.

As a result of this George Lazenby was cast as Bond for the 1969 film On Her Majesty’s Secret Service. After George Lazenby left the series the producers tested a slew of other actors however United Artists wanted Sean Connery back in the role, and he was offered $1.25 million to play Bond one final time – this was a new record at the time.

Bond fans were universally thrilled to have Connery back in the role and despite the fact it had been four years since he’d played Bond he slipped back into character almost instantly. The plot of the film included all the classic characters and evil organisations including Blofeld, SPECTRE, as well as a space-based laser that was capable of destroying an entire city.

The Honda US90 was first offered for $595 USD in 1970 – just a year before the release of Diamonds Are Forever. It was sold until 1973 before it was replaced the next year by the ATC90 – a very similar motorcycle with an updated name to include the newly trademarked acronym for “All Terrain Cycle”.

After filming wrapped the five US90s were separated, Honda took back some of them and destroyed them but the one ridden by Connery was saved by one of the crew members. It stayed in his family for decades before it was uncovered by Doug Redenius who manages the Ian Fleming Foundation and the collection of Bond vehicles.

The three-wheeler had been in storage for decades so Redenius contacted Mike and his team at Vintage Motorsports who are globally recognised restoration experts of the US90 and the subsequent trikes in the model family.

Mike has over 25 years of experience working with these trikes, impressively they were even contracted by Honda to restore a US90 for the Honda Collection Hall – the company’s museum in Japan. 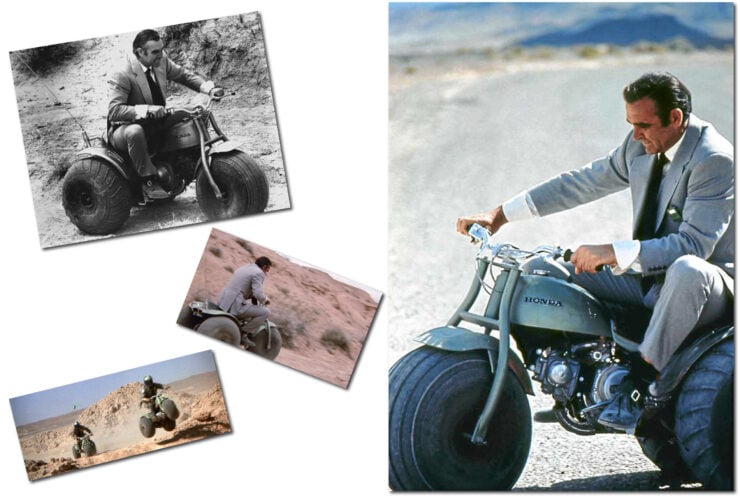 Rather than a full restoration, Redenius wanted to carefully recommission the trike in such a way that it would be fully functional but not lose any of the character it had acquired during filming – the front fender had been bent and the forks had also been bent and the straightened with reinforcements welded on either side.

Mike and the team at Vintage Motorsports supplied their knowledge as well as access to their expansive spares warehouse, they were able to supply correct new-old-stock parts to keep the US90 original, and they shipped over preassembled assemblies with detailed instructions on how to fit them.

The trike still has its original racer-mounted radio box with antenna that was fitted for filming, and a set of exceedingly rare US90 tires were sourced to replace the unusable originals. The unusual three wheeler is now a popular part of the official collection of the Ian Fleming Foundation, if you’d like to read more about the foundation or arrange to visit the exhibition you can click here. 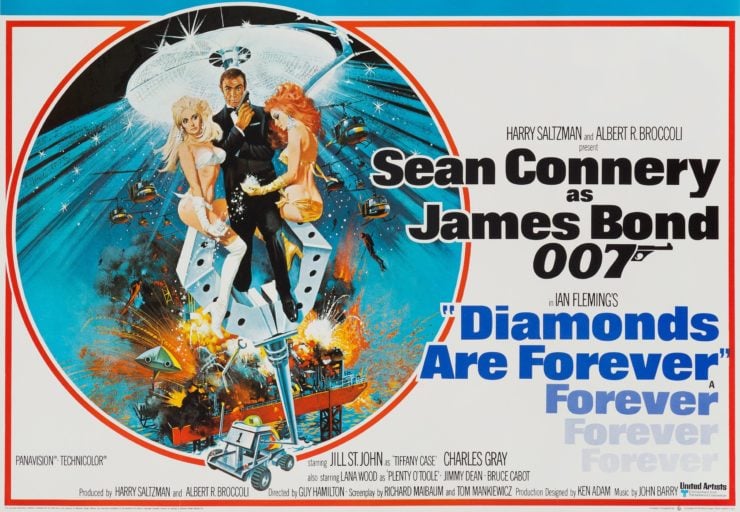