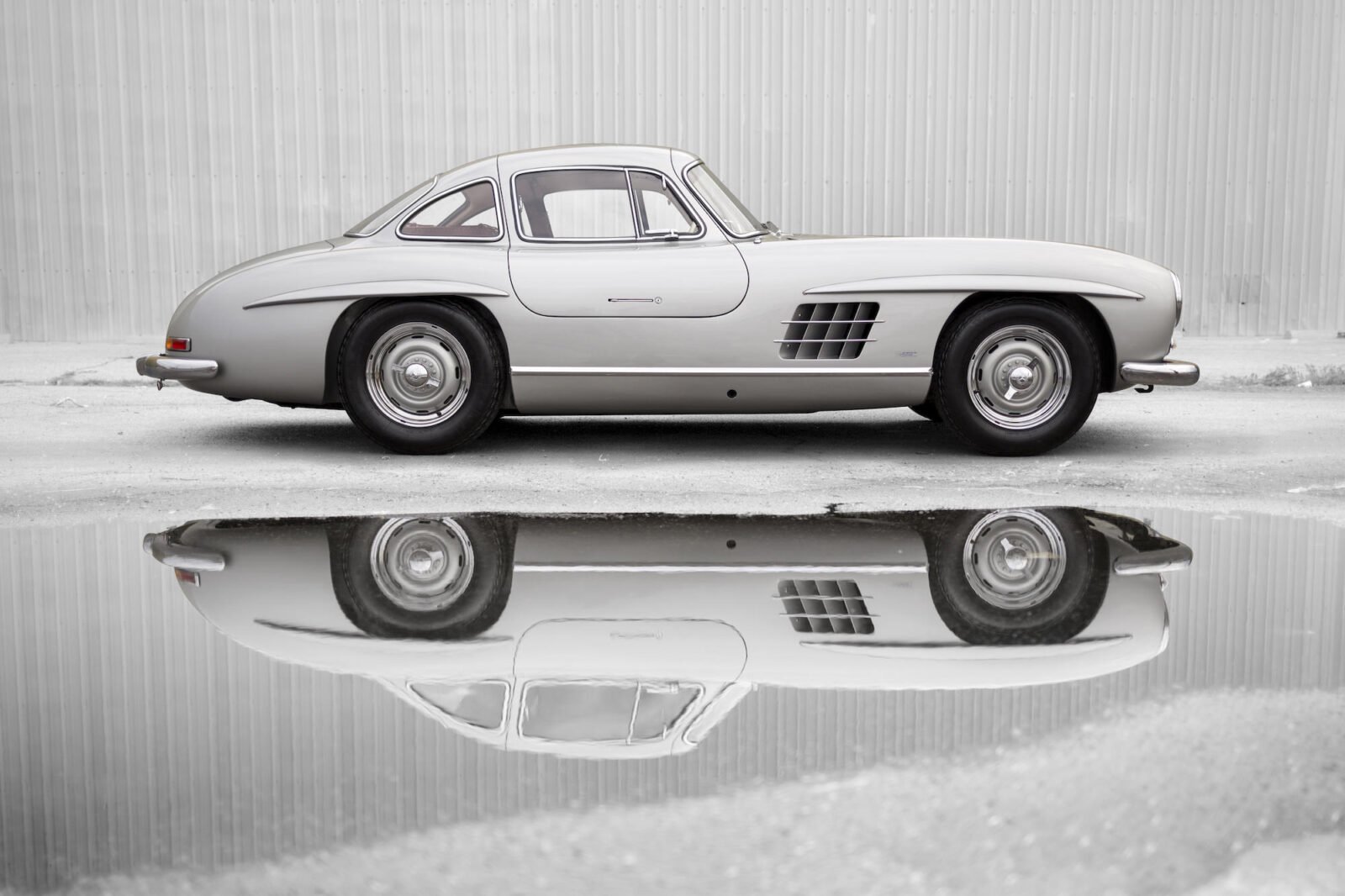 Mercedes-Benz produced 1,400 300 SL Gullwings between 1954 and 1963, of this number just 29 were aluminium alloy bodied like the car you see here. The allow body saved 80 kilograms of weight over the more common steel bodied variant, but its cost was prohibitive for all but the wealthiest of motorists.

Under its skin, the Mercedes-Benz 300 SL Gullwing was essentially a road legal version of the W194 Grand Prix racing car.

Both shared the aluminium tube spaceframe which had been developed to save weight whilst improving rigidity. One of the limitations of the spaceframe was the need for high sills along each side – this necessitated the installation of gullwing doors, which would go on to be the most iconic feature of the 300 SL.

At the time of its release, the SL was the fastest car in the world. It was a far cry from the staid and slightly boring sedans that America had come to expect from the German marque, and like many iconic cars from the ’50s and ’60s – it was developed on a personal recommendation from Max Hoffman, the most influential automobile importer in history.

Amongst many of its firsts, the 300 SL boasted the first fuel injection system ever used in a production car. The mechanical injection system was developed from a similar system used on the inverted 33.9 litre V12 used on the Messerschmitt Bf 109E fighter aircraft from the Second World War.

The straight-6 used in the 300 SL was a derivative of the same engine used in the W194 Grand Prix car, which in turn had been borrowed from the 4-door W189 luxury tourer that had been introduced in 1951. With its new fuel injection system the 3 litre 6 cylinder engine produced 215 hp, which was enough to propel the car to a top speed of 161 miles per hour. This was practically a supersonic speed in 1954, and it led to the car selling like hotcakes in the United States – by the time production of the car ceased over 80% had been sold to customers in the lower 48.

The high sills implemented on the 300 SL made it famously challenging to get in and out of the car, this problem was often compounded by the stiff legs that can affect people after a long drive.

Mercedes engineers hit upon the idea of developing a flip-up steering wheel to make it a little easier to slide one’s extremities into or out of the cockpit.

The car you see here was ordered by Swiss industrialist Rene Wasserman, he was a noted sports car enthusiast and he ordered his 300 SL with just about every available bell and whistle – including a red leather interior, sport suspension, matching luggage, sealed beam headlights, English-language instrumentation and the Sonderteile engine, which used a competition-spec camshaft that increased power output by 15 horsepower.

With an estimated value of somewhere in the vicinity of $6,500,000 USD this Mercedes isn’t for everyone, but a suitably deep-pocketed enthusiast will have a chance to take it home when it rolls onto the stage at the Monterey Auction held by RM Sotheby’s on the 13th of August 2015. If you’d like to read more about the car or register to bid, you can click here to visit RM Sotheby’s. 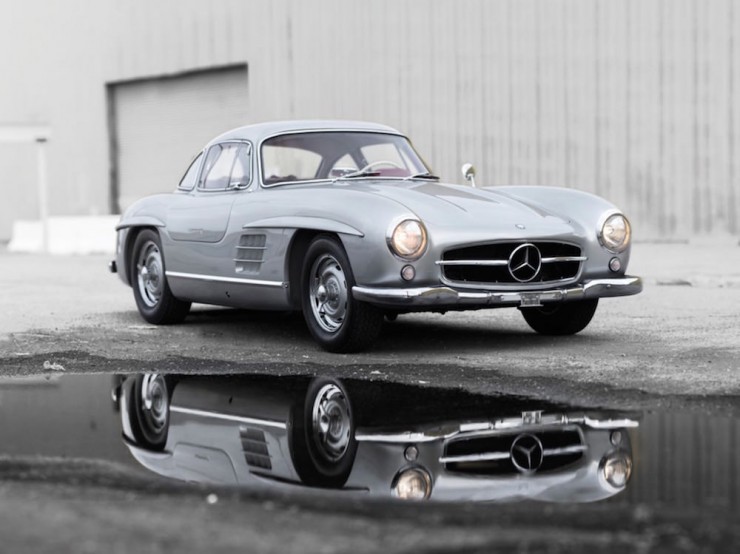 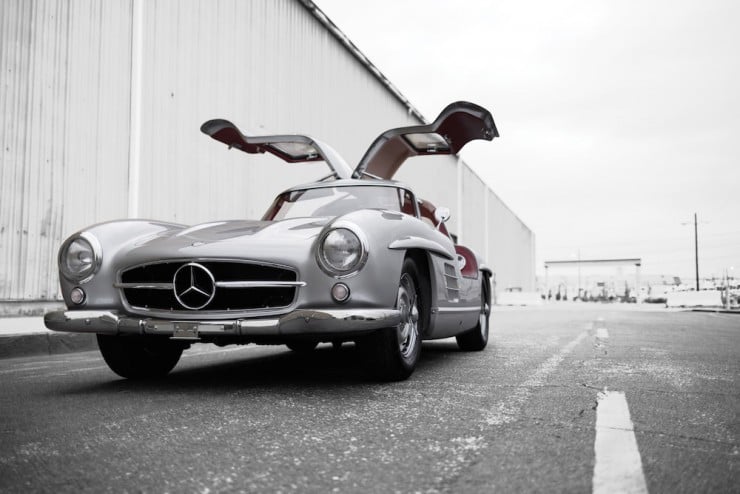 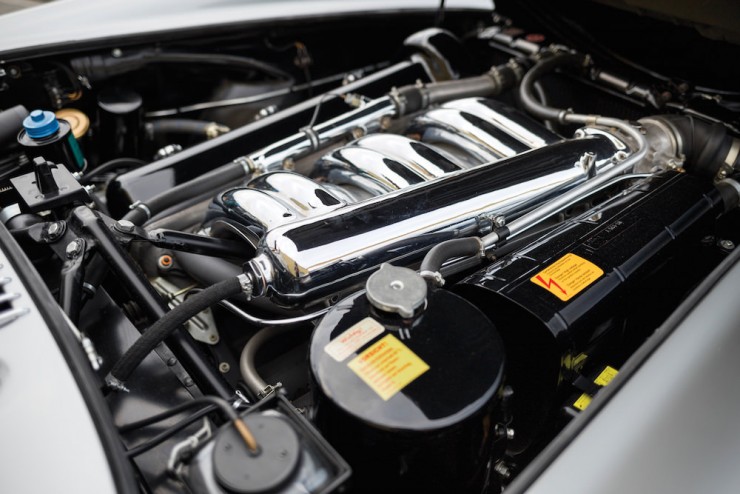 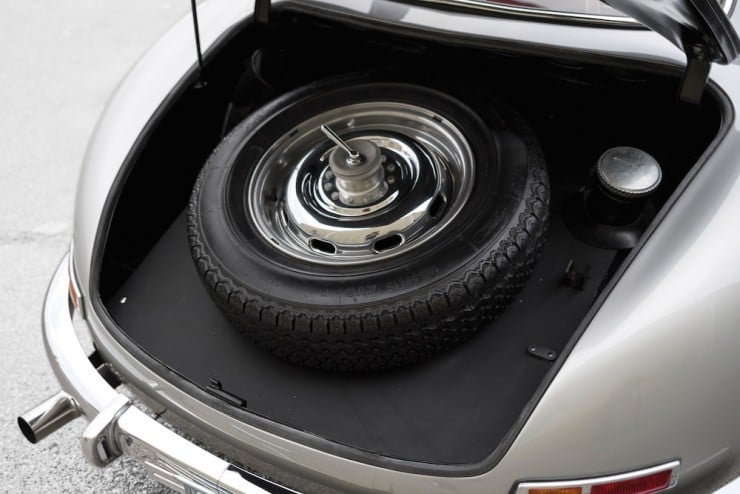 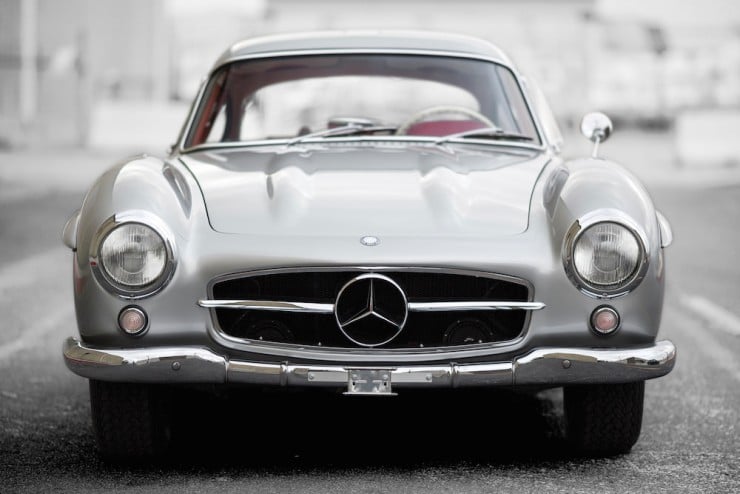 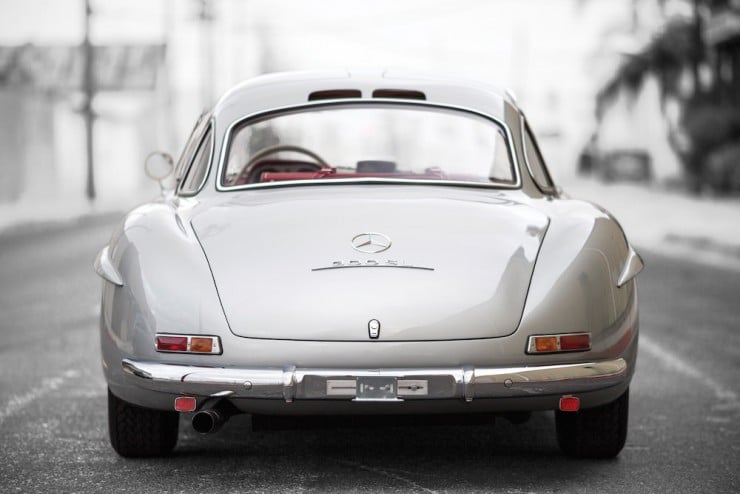 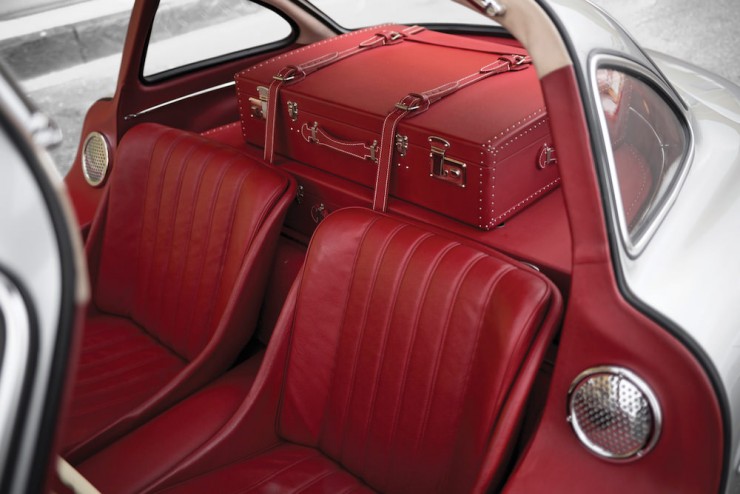 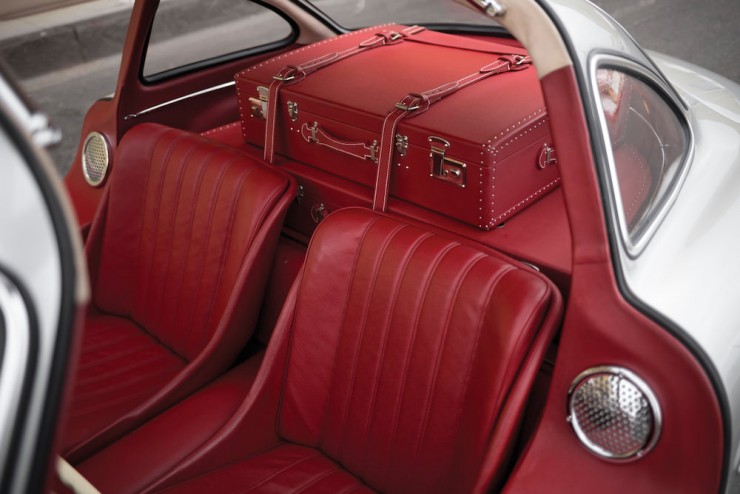 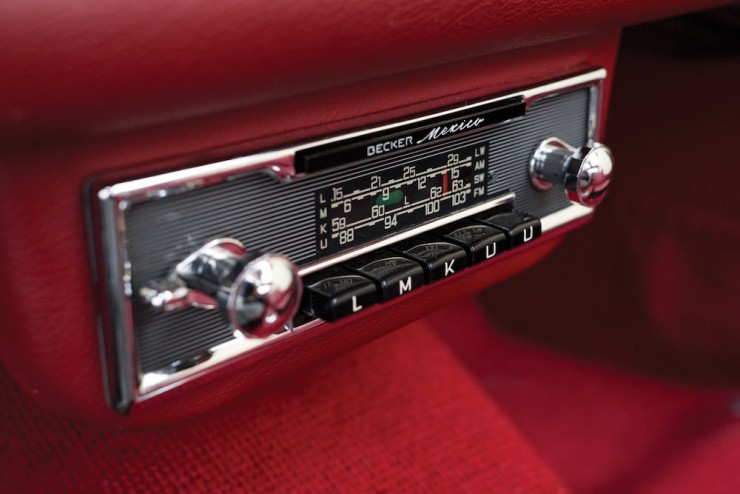 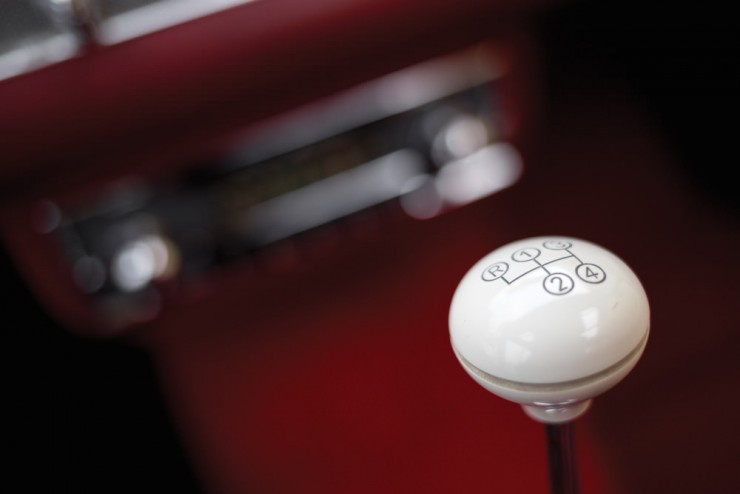 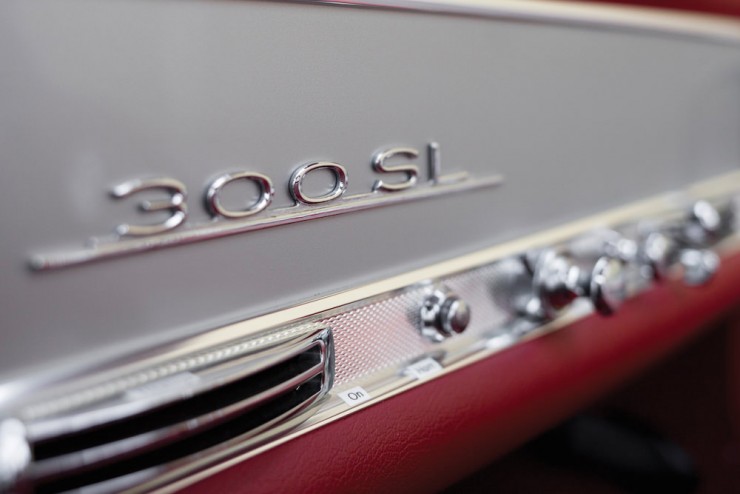 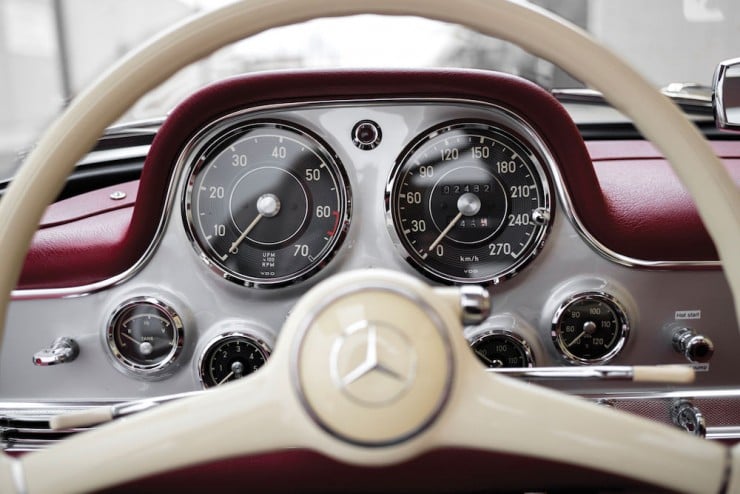 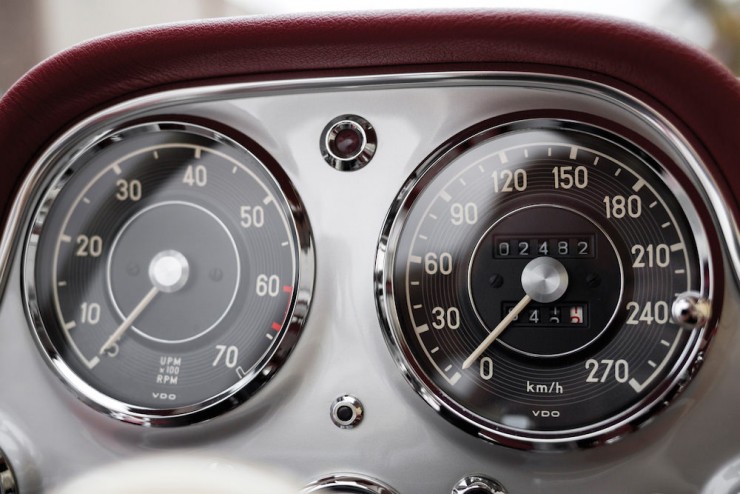 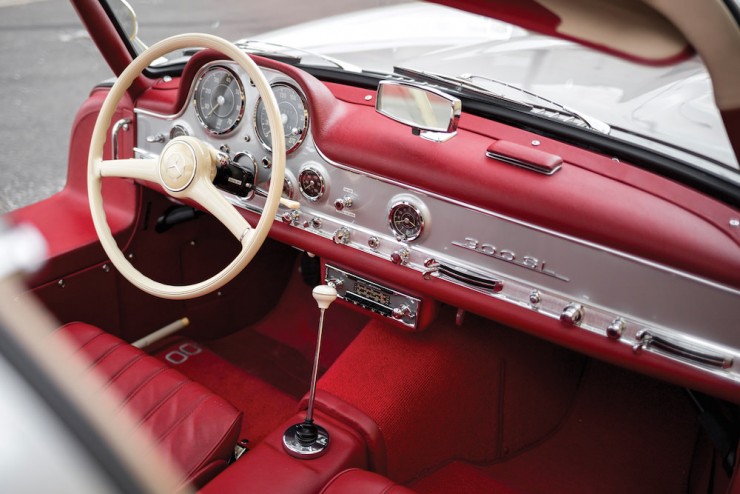 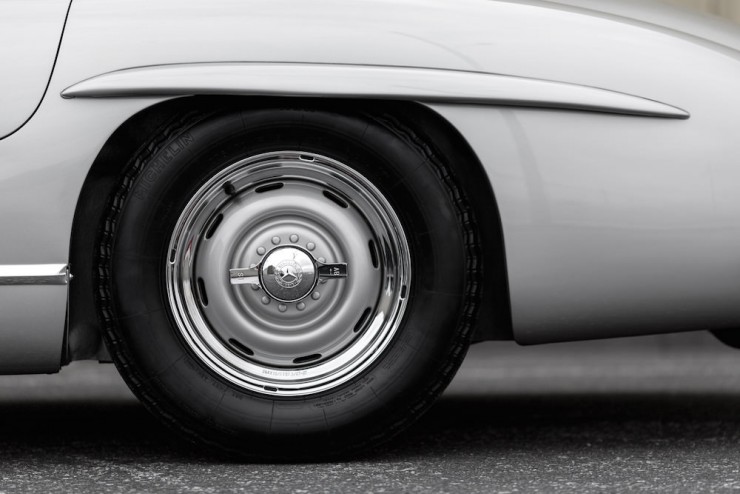 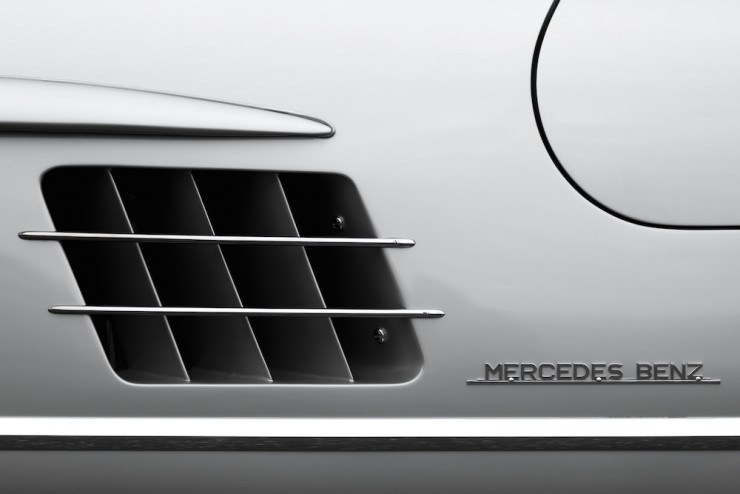 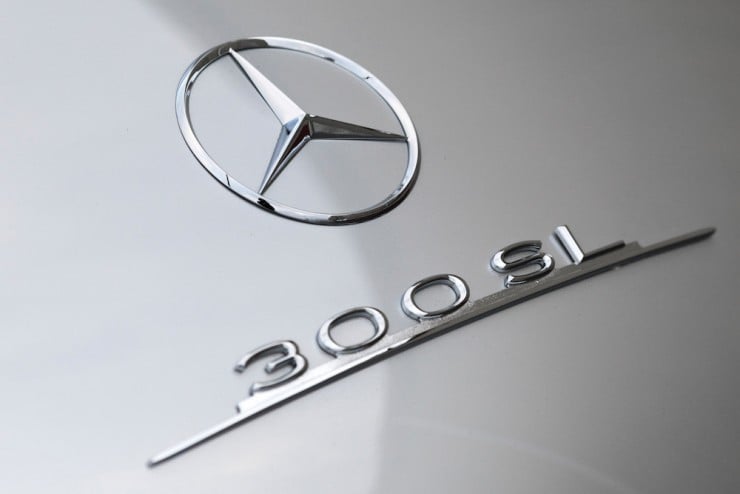 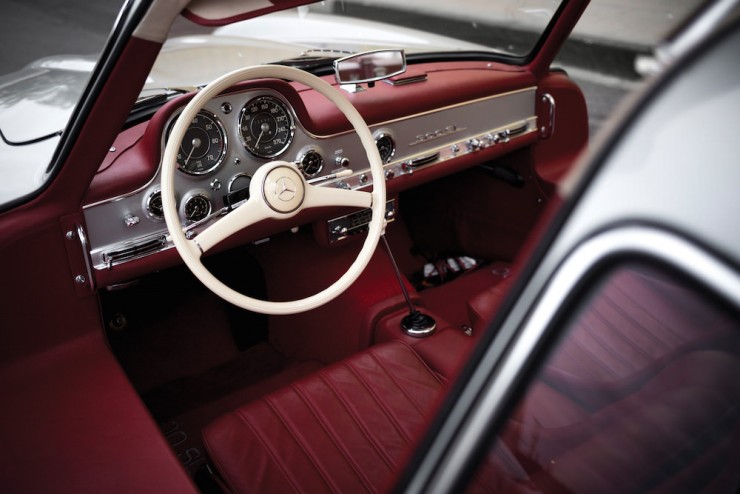 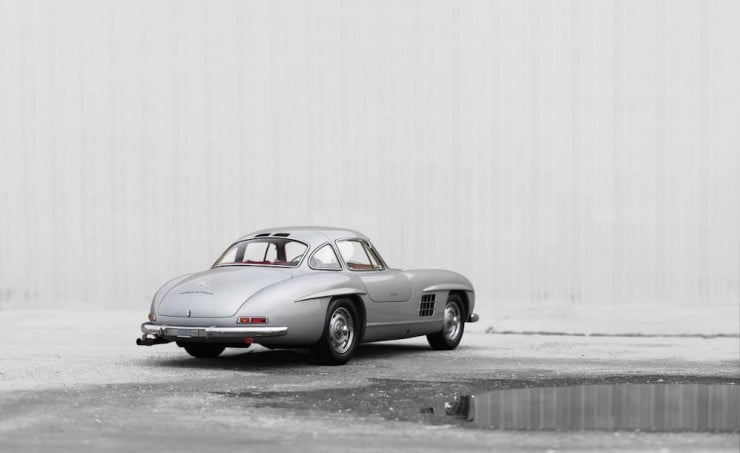 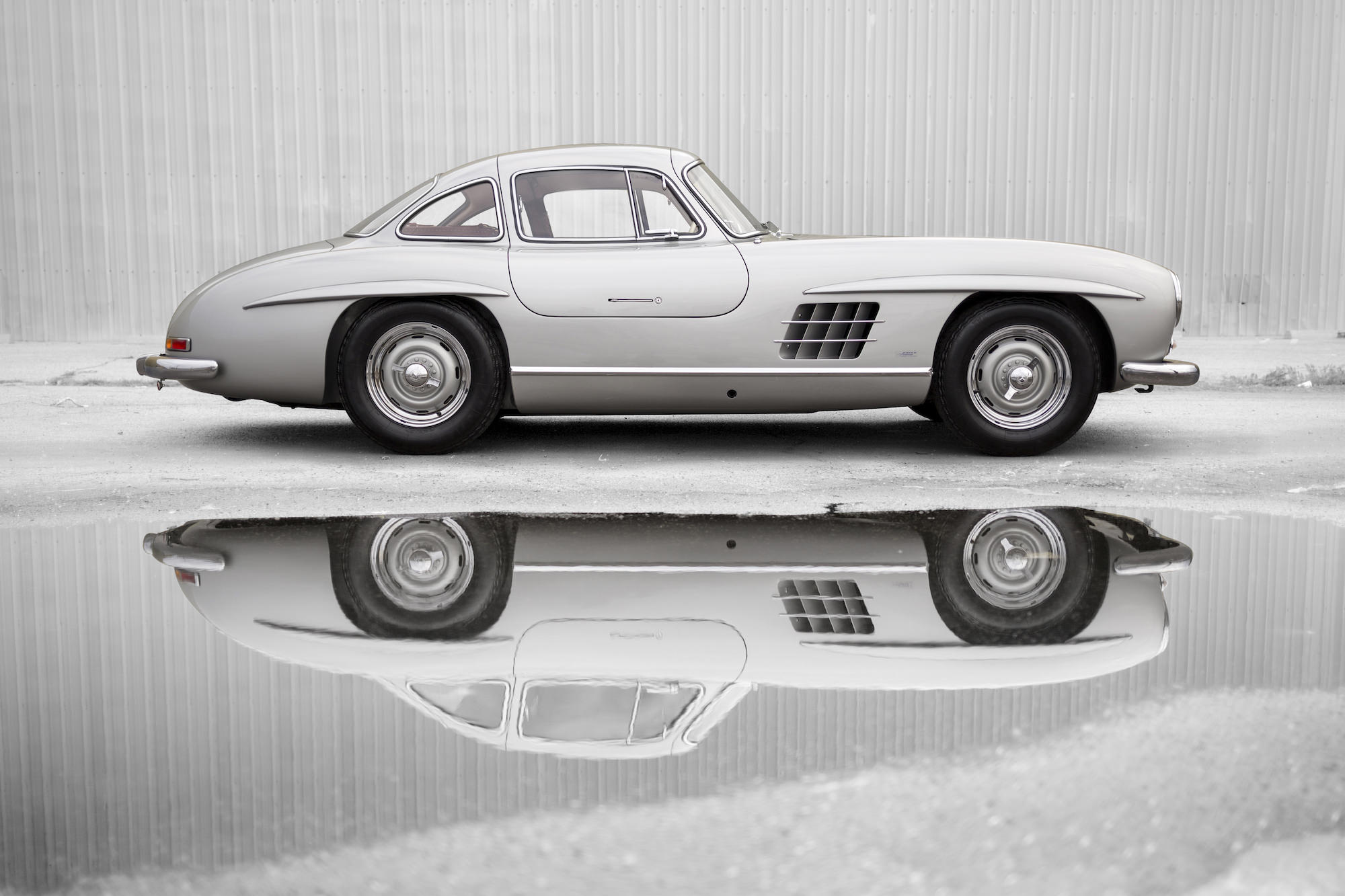 This is the Maserati Biturbo Si Black, just 105 of these were built between 1986 and 1988, and they’re powered by what was the…

This series of posters is the work of Arthur Schening, the founder of Schening Creative and a graphic designer and creative director with over…